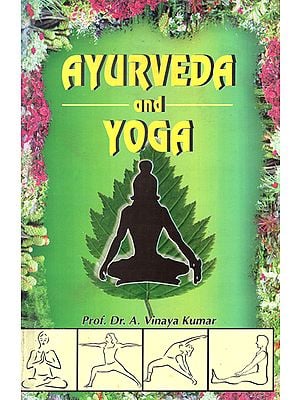 The present book has been divided into four main sections. The first section deals with an Introduction to Yoga, Definition of Yoga, Historical Aspects of Yoga and the relationship between Ayurveda and Yoga. The second section is concerned with Ashtanga Yoga. It contains eight parts: Yama, Niyama, Asana, Pranayama, Pratyahara, Dharana, Dhyana and Samadhi. Yoga as it is concerned today is a combination of some physical postures and Breathing exercises. The Third Section deals with the Physiological aspects of Yoga. The various benefits ascribed to Yoga by ancient seers and practitioners of Yoga are investigated by controlled experiments and clinical studies on human volunteers and patients of both sexes and all age groups. The Fourth Section deals with the Yoga Therapy. In later periods, especially, in the 20th Century, many researches, with the help of practicing Yogis, conducted clinical research and found that Yoga is very much useful to humanity in controlling various stress induced disorders such as psychosomatic, neurotic, and those due to lowered immunity. It is found to be useful in managing addiction cases, Diabetes mellutus, Hypertension, Obesity, Thyroid Disorders, Detoxification of the body, Constipation, Gastrointestinal Disorders, Gynaec problem such as Dysfunctional Uterine Bleeding, Proplapse of Uterus, Dysmenorrhea, Respiratory Disorders like Bronchial Asthma, Sinusitis, Neurotic Depression, Aggressive behaviour in children and adults, Criminal Behaviour, Insomnia; Spinal Disorders such as Cervical and Lumbar spondylosis, deformities of spine, Prolapsed disc syndrome, Neuralgias etc. Many physical disorders are found to be better amenable to therapy when used in combination with Yoga. Yoga and Ayurveda have a very much close relationship to each other so much so that the titles resembles in similar fashion. Ayurveda has eight branches known as `Ashtanga Ayurveda'. Similar is the case with Yoga. It has eight parts known as `Astanga Yoga'. The aims and objectives and practices are mostly similar in each subject. The only difference is that Ayurveda deals mostly with physical health whereas Yoga deals with mental health. Ayurveda uses Oushadh (Drugs) for treating various aliments affecting the body and Surgery whenever needed. Yoga uses mostly purificatory procedures and self control of the body in maintenance of Good Health.

This is the sixth volume in the Students and Practitioners Series for Ayurveda produced by me. The previous volumes were titled : Principles of Ayurvedic Therapeutics (1995), Ayurvedic Clinical Medicine (1997)-Part 1, 2, and 3; and Panchakarma Therapy in Ayurveda. All these books are published by the Renowned Sri Satguru Publications, a division of Indian Books Centre, Delhi.

The present book titled "Ayurveda and Yoga" has been divided into four main sections. The first section deals with an Introduction to Yoga, followed by Definition of Yoga, Historical Aspects of Yoga and the relationship between Ayurveda and yoga. The second section is concerned with Ashtanga Yoga as described by Patanjali. It contains eight parts : Yama, Niyama, Asana, Pranayama, Pratyahara, Dharana, Dhyana and Samadhi. Yoga as it is concerned today is a combination of some physical postures (Asanas) and Breathing (Pranayama) exercises. In fact, these constitute only two of the eight steps of Yoga (Ashtanga Yoga) as described in Yogic texts. Asana (Physical Postures) and Pranayama (Controlled Breathing) are treated as Yoga today and are being taught and practised by many. Yoga is defined by Sage Patanjali in his Yoga Sutra 1/2 as : "Yoga Chitta Vritti Nirodah". That is - inhibition (Nirodah) of the fluctuations (Vritti) of consciousness (Chitta). In other words, it is the restraint of mental modifications. This is the most authoritative definition of Yoga and the most popular too. The word Chitta' denotes the mind in its total or collective sense as being composed of three categories-(i) Mind (Manas), (ii) Intellect (Buddhi), and (iii) Ego (Ahamkara). Patanjali advocates two methods by which mind can be controlled-`Abhyasa Vairaagyam Tannirodaah' (Yoga Sutra 1/2). That means—Mind has to be controlled by constant practice and detachment. Lord Krishna, author of Bhagavad Gita too has prescribed the same two methods to train the mind : `Abhyasenatu Kaunteya vairaagyenacha Grihyate (Gita 6/31)'. Most of the Upanishads, the successors of Vedas, which deal with the core contents of Vedas, have dealt both the theory and practice of Yoga. They defined Yoga as 'The highest state of mind, where it is absolutely stilled, signifying the identification of Jivaatma (Soul) with Paramaatma (Universal Soul, Consciousness,God).

Ashtanga Yoga has been described as 'Raja Yoga, i.e., King of Yogas. (Because it deals with all aspects of Yoga). `Kundalini Yoga', is a specialised branch of Yoga in the sense that it deals mainly with the awakening of `Kundalini Shakti' (Kundalini Energy) located at the Wooladhara Chakra' (Corresponds to Anatomical Perineum region and relates to the Lower Hypogastris Plexus of Nerves). From here it is brought to the Agna Chakra' (Corresponds to the Hypothalamo-Hypophyseal system in the Brain). This Agna Chakra controls the whole body activities. From here, The Energy then merges into the Sahasrara Chakra' (Corresponds to the whole of Cerebral Crotex of the Brain) where the three states of Consciousness, Sub-consciousness, and Super-consciousness are located. With this merger, the Practitioner of-Kundalini Yoga gets `Enlightenment' in the awakened state itself. That is, to speak in simple language, as the Knower of the external and internal environment of the body and the world as a whole without the use of five senses, or any physical appliances.

The term Ayurveda connotes Science of life. It is the Science which deals with the life of human beings. It deals in particular with the maintenance of the body and to promote long life without any ailments. Apart from this, Ayurveda is a sicence that bestows knowledge on us to maintain the body and mind in a state of equilibrium by adopting the basic principles of it as enshrined in "Ashtanga Ayurveda". I feel it is a great honour conferred on me to write foreword to this excellently brought out volume of "Principles of Ayurvedic Therapeutics" by Dr. Atmakuri Vinaya Kumar, in colloboration with the Society for Advancement of Research and Development of Intergrated Medicine(ARDIM), a Registered Organization under Hyderabad Public Societies Act (AP) The author is the Director of Matrusri Medical Centre; Centre for Alternative Medicine Therapy, Hyderabad AP. He is a well qualified practitioner and Consultant of Modern School of Medicine and is one of the best Clinicians I have known. However, whenever allopathy fails to help the patient, he advises and uses alternative therapies like Ayurveda, Homeopathy and Acupuncture. He has also taken deep interest in the literary and clinical aspects of alternative medicine and is carrying out clinical research for the past two decades. It is beyond out that Ayurveda has attained the status of the best alternative medicine among all others. That is why, World Health Organization "has opened aseparate cell of alternative systems of medicine and is searching for therapeutic clues with the help of these systems. This book gives immense pleasure to the reader and is a good companion to the students and research scholars alike. I would like to conclude with an appreciation and advise the author to bring out some more useful works of this kind in future. I once again express my happiness to associate myself with this work by writing the foreword to it. "I wish him success in all walks of his life". The Science of Yoga (The Yoga-Sutras of Patanjali In Sanskrit With Transliteration In Roman, Translation And Commentary In English)
8.5" X 5.5"
$43.00