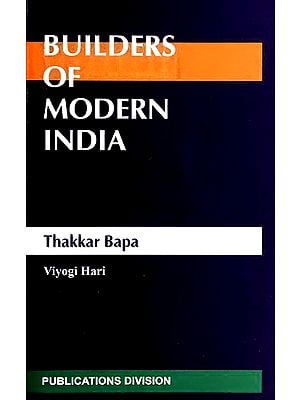 "There are some rare persons like Thakkar Bapa who are so absorbed in serving the people that it becomes difficult to think of them apart from their work. Such persons become an institution unto themselves. Men like Bapa solve the intricate problems of life through service during their lifetime and then whatever questions and problems may assail them, they are not daunted. Thakkar Bapa has so identified himself with Harijans, Adivasis and other depressed people in different parts of the country, in hills and forests that it is no easy task to think of these people as separate from him. He was not merely interested in the pursuit of service of humanity; he was, in a way, lost in it. He went ahead, undeterred, on the path he chose and the sphere of his work expanded gradually. It is natural to be proud of and be enthused by Bapa. And one is envious too, of his energy and capacity to serve." This is how Jawaharlal Nehru expressed himself on the occasion of Thakkar Bapa's 81st birthday.

Gandhiji too believed that "Thakkar Bapa was born only to serve the depressed and the service he has rendered has taken India forward."

That was the time when India had grown weary of British rule. Patriotic people were divided into moderates and extremists. Leaders of one group accorded priority to social reforms, while those of the other felt that the country should first be rid of foreign rule by whatever means possible, even though they were not opposed to social reforms. The country had woken from a slumber and was flexing its muscles. The mists had cleared, making it apparent that obsolete customs-the inequalities in society and tge strangulating slavery of foreign domination would have to go. 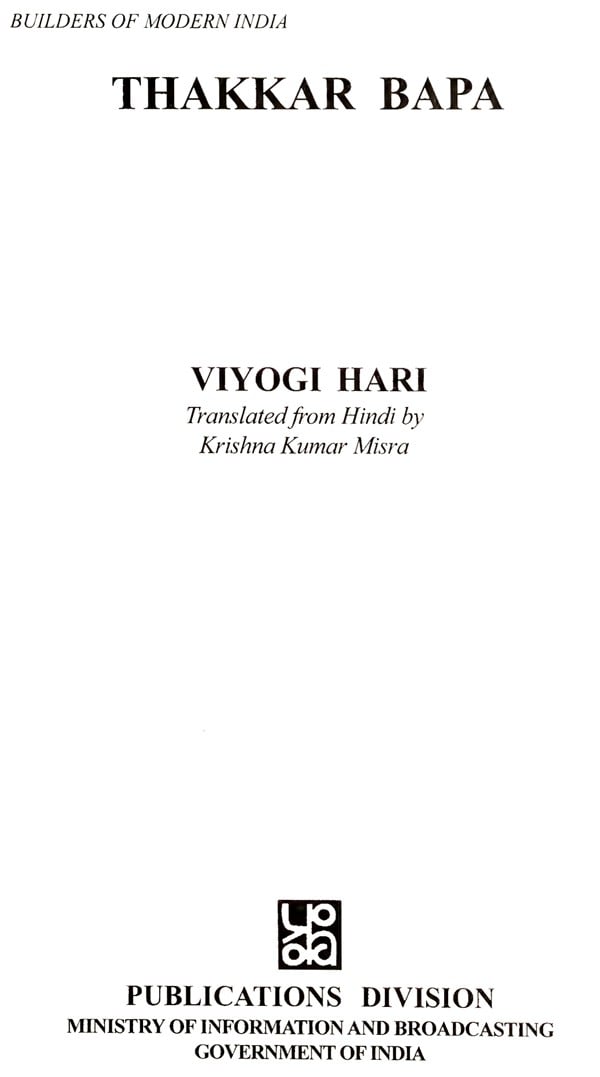 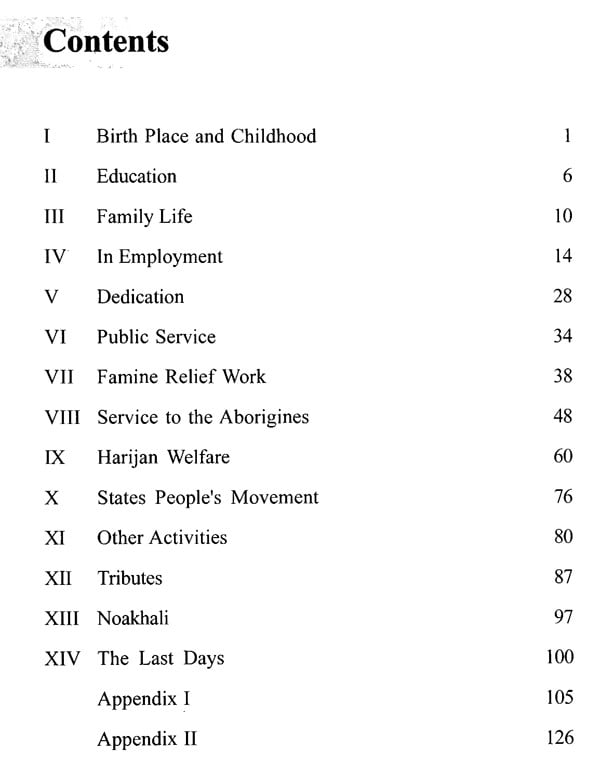 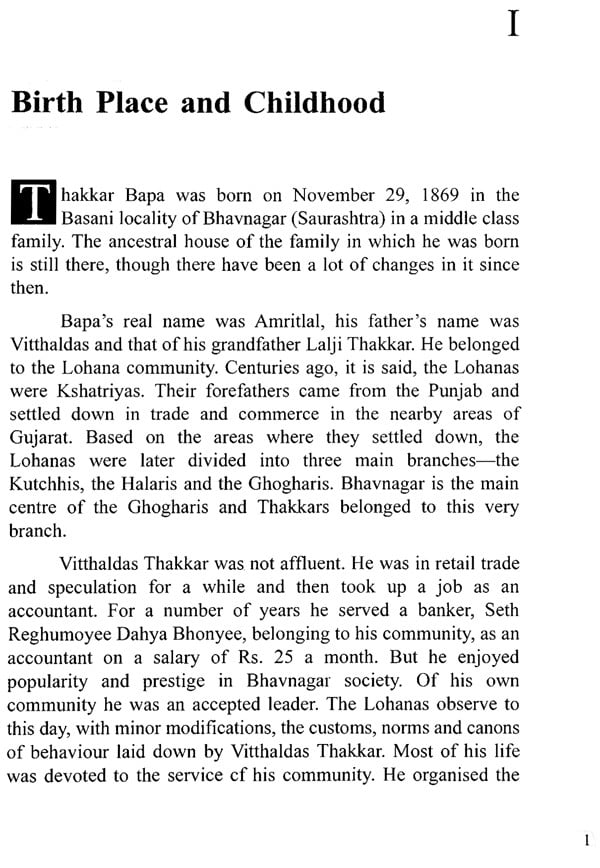 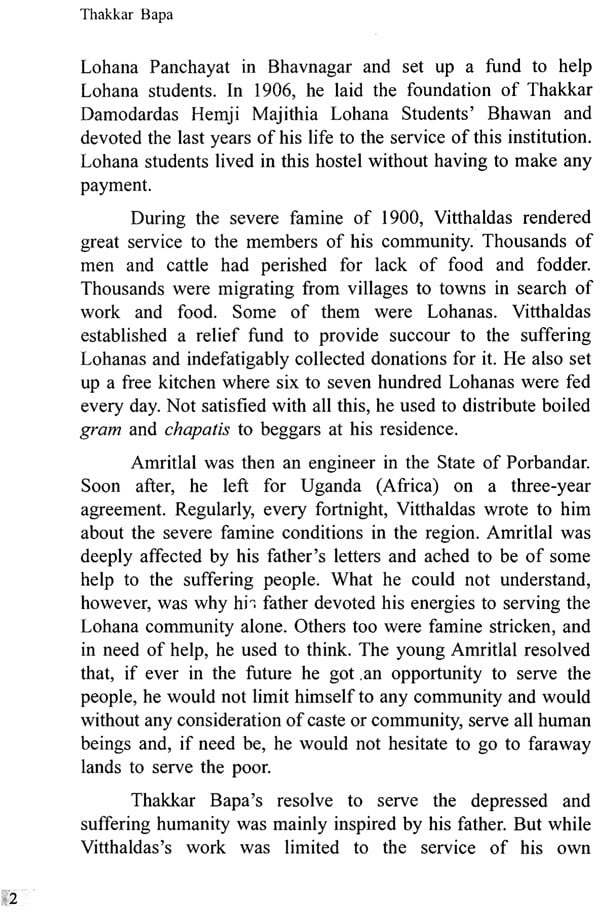 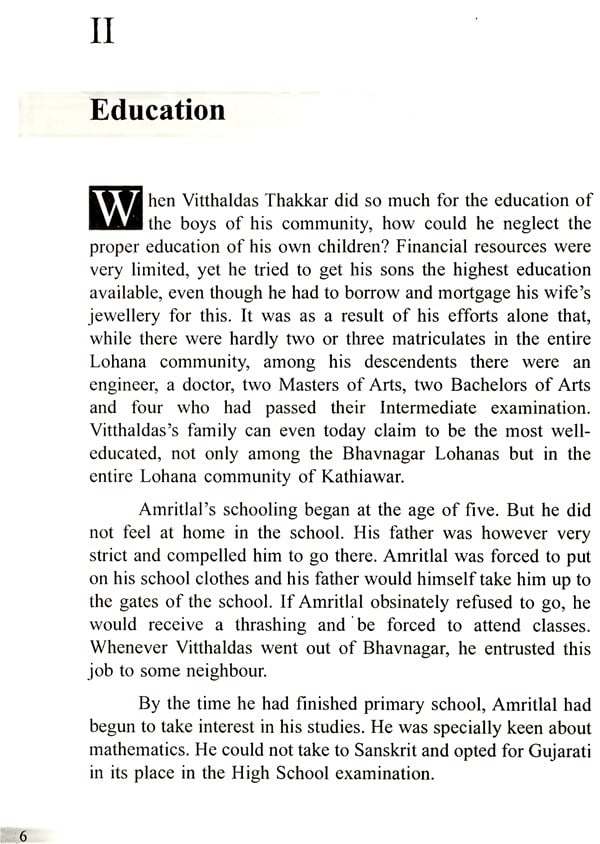 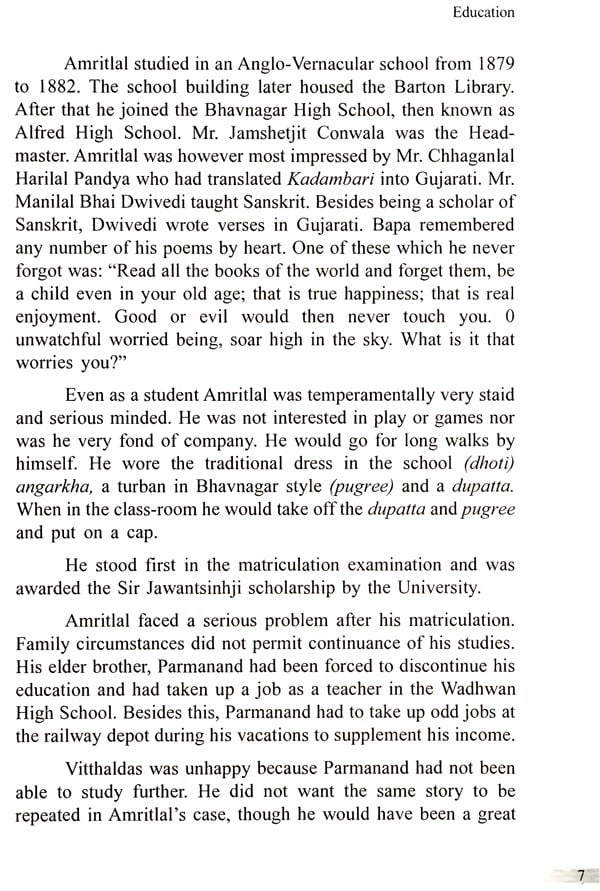 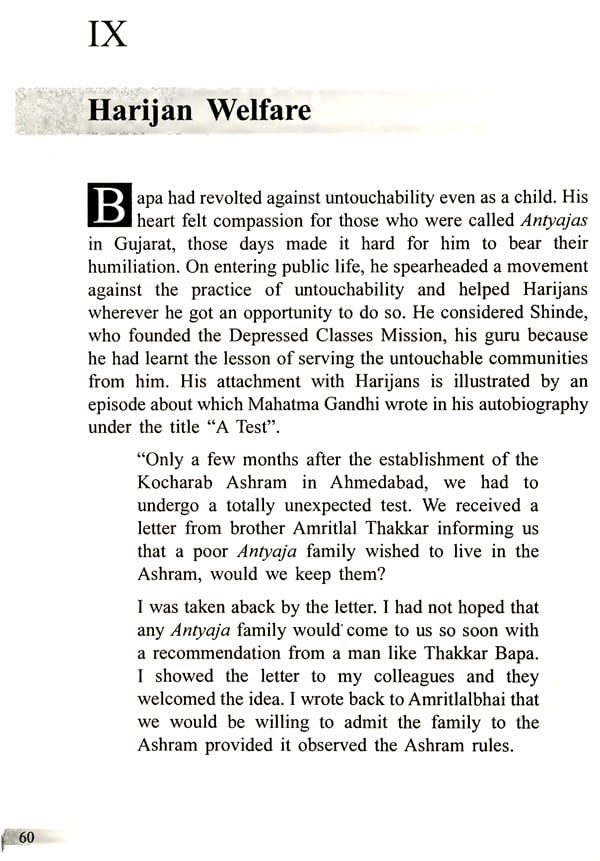 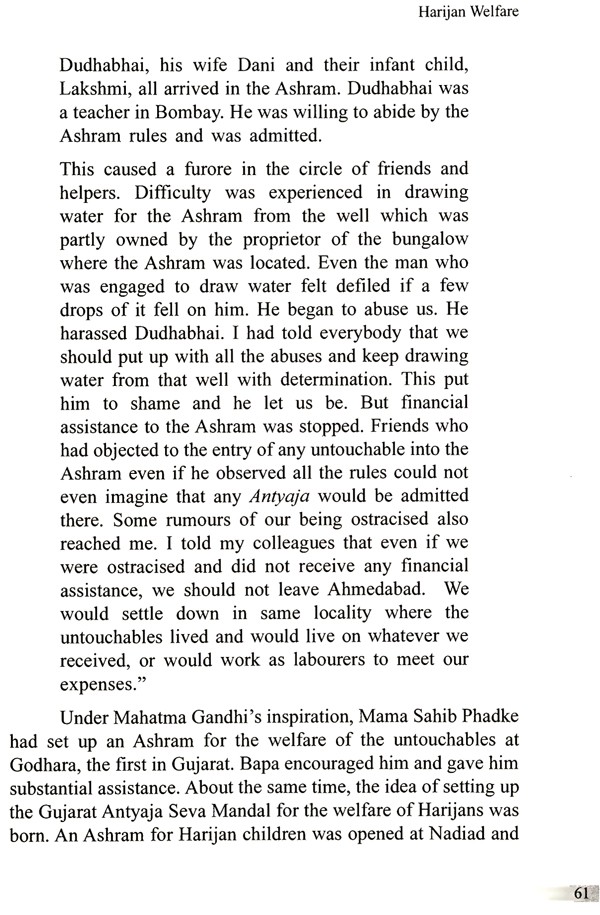 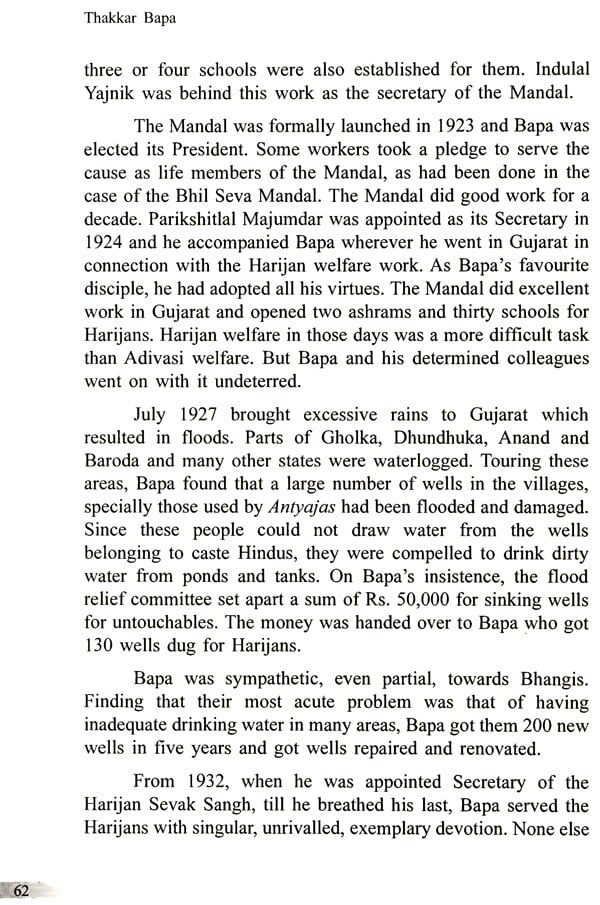 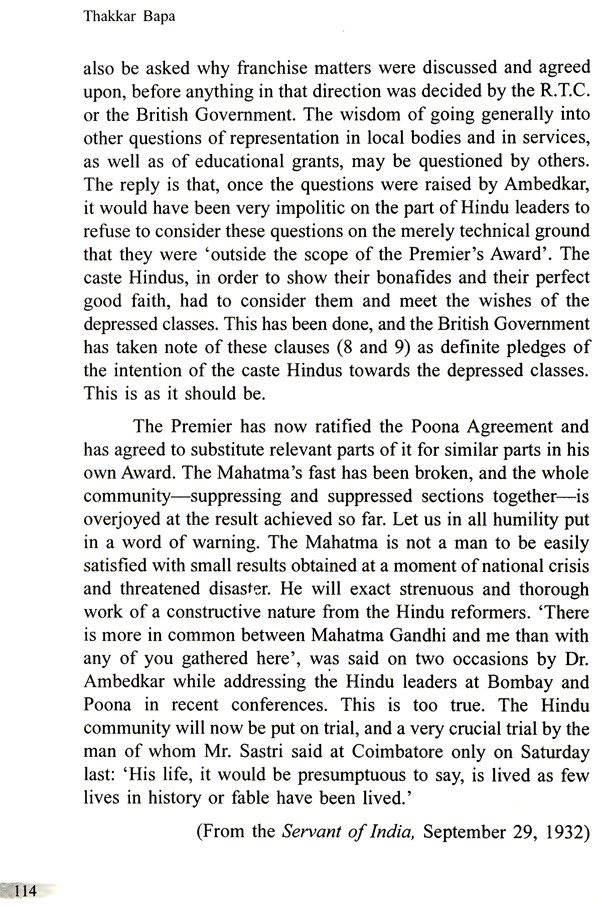 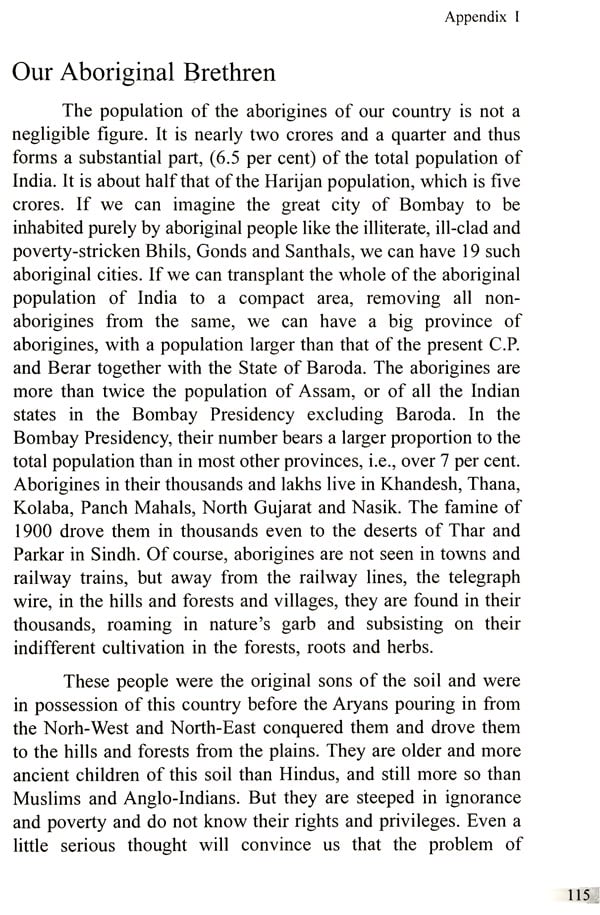 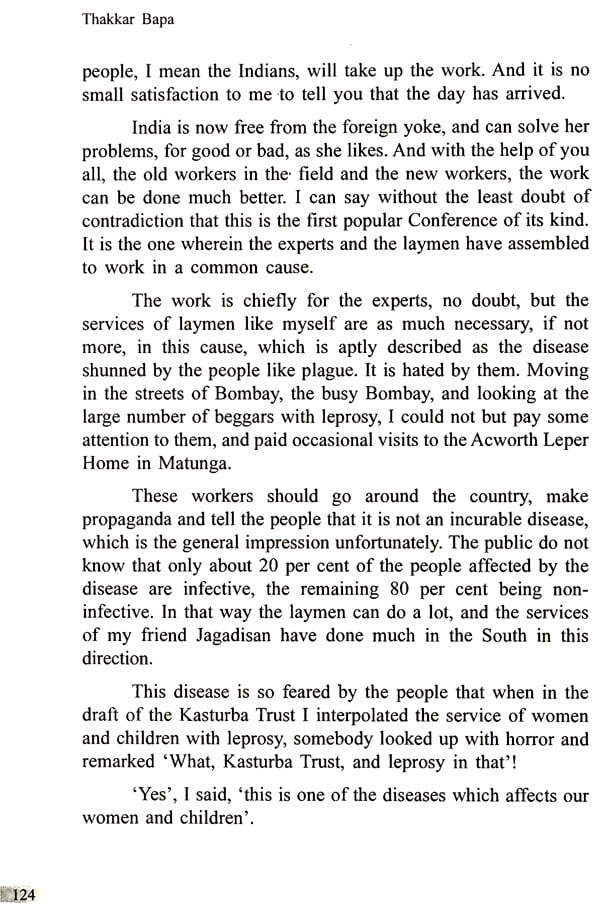