Dhruv S. Kaji has studied Vedanta with swamis, university professors, and other teachers, both traditional and non-traditional. A chartered accountant, he worked as the finance director of a large group of manufacturing companies. He is a certified aircraft pilot and has counted scuba diving, white-water rafting, sky diving, and acrobatic flying among his hobbies. He now works as a management consultant and lives in Bombay and Singapore with his wife and two children.

IT HAS BEEN TWO YEARS since I completed the manuscript for the first version of this book, which was published in India under the title Yet another Book on Vedanta. I am delighted and gratified that the Himalayan Institute Press in the United States has now decided to publish an international edition.

I have used this opportunity to carry out several small but important revisions in the text and to incorporate valuable suggestions which I have received from readers. Some portions have also been modified to make the text easier to read and understand.

As I continue my study of Vedanta, I am struck again and again by the beauty and relevance of its teachings. I sincerely hope that a book such as this will help some of its readers on their personal voyage of discovery.

Like so many major events in life which form a watershed only in retrospect, I was introduced to the timeless window called Vedanta some years ago by happy accident. There was no particular plan to genuinely expose myself to the teachings of Vedanta at that time. I also had no inkling about the impact.

There was no particular plan to genuinely expose myself to the teachings of Vedanta at that time. I also had no inkling about the impact that this body of ancient knowledge was going to have on my thinking, values, and objectives. In fact, like many others in our age of logic and technology, I initially approached Vedanta with deep suspicion. This attitude seemed entirely reasonable for something which I assumed combined an ancient (and apparently irrelevant) religion along with some incredible metaphysical speculation. My initial thrust was more of an intellectual game to confirm the facile prejudgment that Vedanta could only more sop for the weak or the mindless.

Such a shaky and unpromising start marked the opening of an immensely enjoyable and fulfilling period in my life. In my Vedantic journey so far, I have met some very wise and kind people; I have been to childlike wonder as well as to occasional tears by the profundity and sublimity of thoughts and experiences contained in these teachings; I have also learnt more about life my own self here than through any other pursuit.

Such a shaky and unpromising start marked the opening of an immensely enjoyable and fulfilling period in my life. In my Vedantic journey so far, I have met some very wise and kind people; I have been moved to childlike wonder as well as to occasional tears by the profundity and sublimity of thoughts and experiences contained in these teachings; I have also learnt more about life and my own self here than through any other pursuit.

Startlingly and fortunately, even my preliminary exploration so far has had the effect of transforming my suspicions and misconceptions into awe and reverence. A miracle of meaning and hope together with gratitude and humility is gradually but definitely conquering places within me previously ruled by fear and by lack of meaning. A growing sense of peace and well-being is beginning to replace the frantic activity, cynicism, and acquisitiveness, which had almost unknowingly become an integral part of my approach to life. I now look forward to deeper exploration and further learning as well as to personal practice and assimilation; unless I am able to do this, these teachings will remain hollow concepts, which will fade without delivering their full and permanent effects.

The path of getting even to this early stage has, of several occasions, been full of doubt, pain and frustration. There have been desperate need for some rational framework and well-defined process within which apparently random and often contradictory statements could be fitted. Difficulties in finding clear answers to issues, which seemed to hopelessly knot up the intellect as well as emotions have led to both rage and despondency.

Despite such initial difficulties in approaching Vedanta, it seems to me that for more and more of us there is an increased longing to understand and feel a wider contest within which we can experience ourselves as an integral part of creation and not just as its conquerors and exploiters. However, our relentless and one-sided pursuit of the rational-scientific way of viewing everything has caused us to concentrate on quick and finite answers which can comfortably fit within ready-made niches in our conditioned intellects. While our current abilities perform better than ever in initiating and accelerating our need to find firm ground. After all, as it has been true in all the past millennia, the fact remains that all life is subject to change as well as ultimate dissolution and that a part of each individual through all ages is in quest of something immutable and imperishable. Vedanta deals with this need by teaching us a different way of thinking and by exposing us to a different kind of knowledge, both of which lead to an all-encompassing perspective and a new level of understanding. From this vantage point, the conflict between the mystical and the scientific ways of thinking is resolved in a higher awareness in which all thoughts have their source. 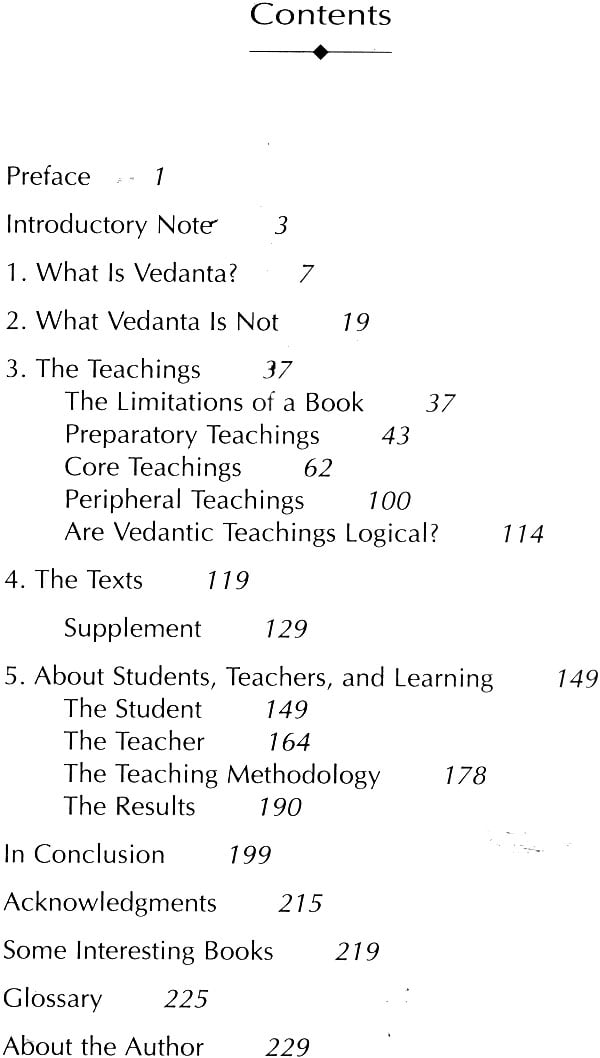 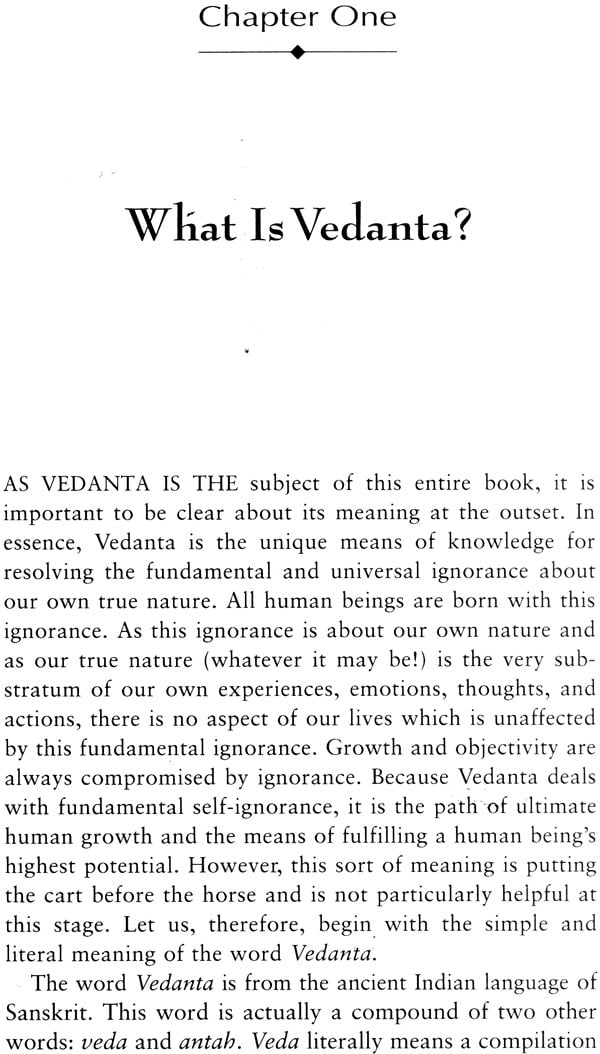 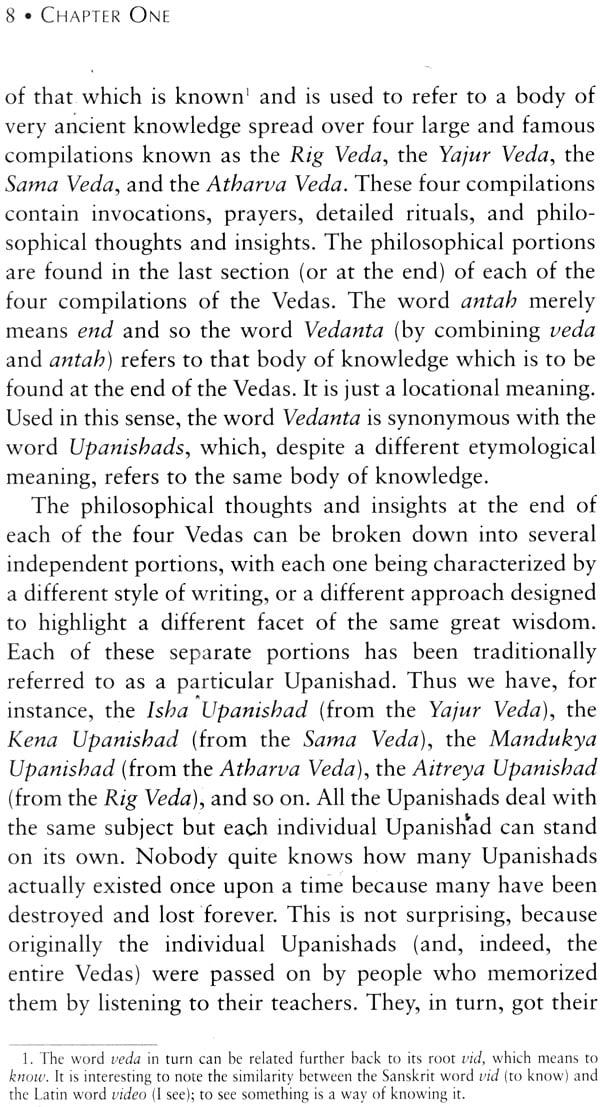 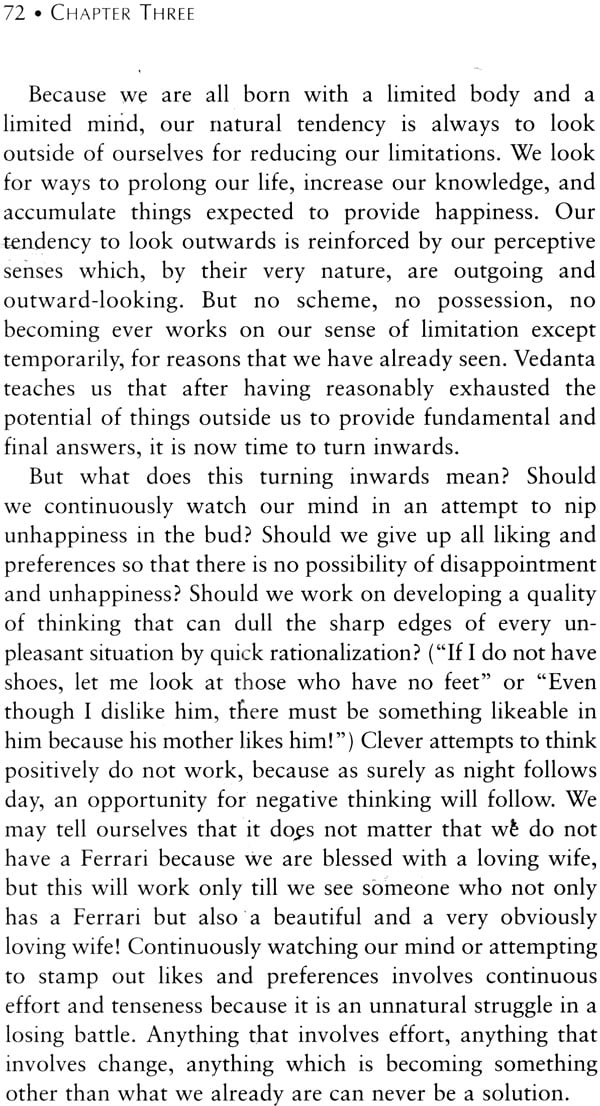 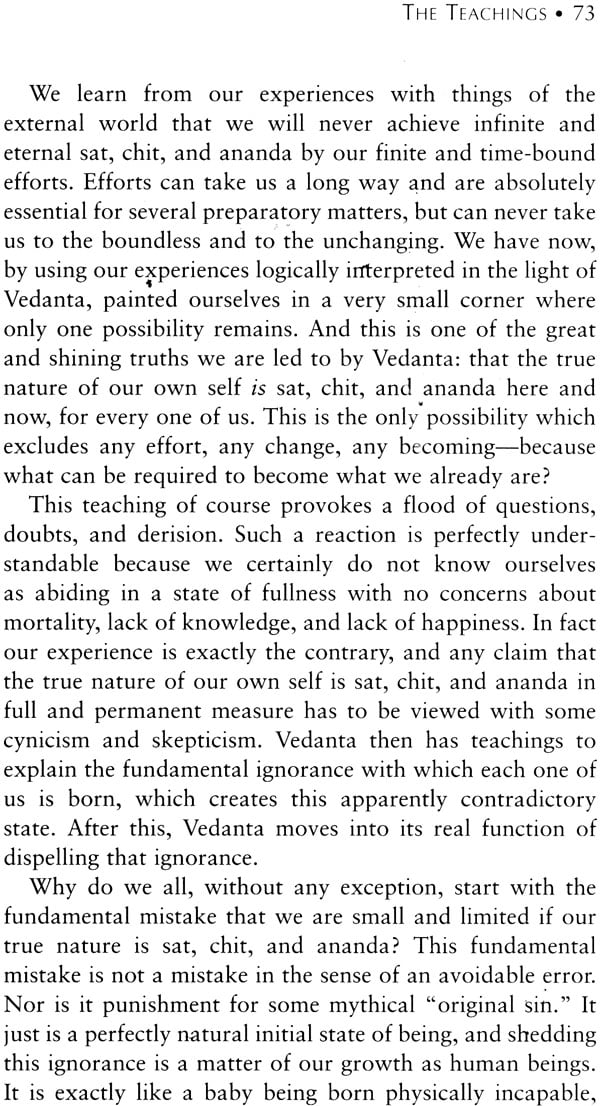 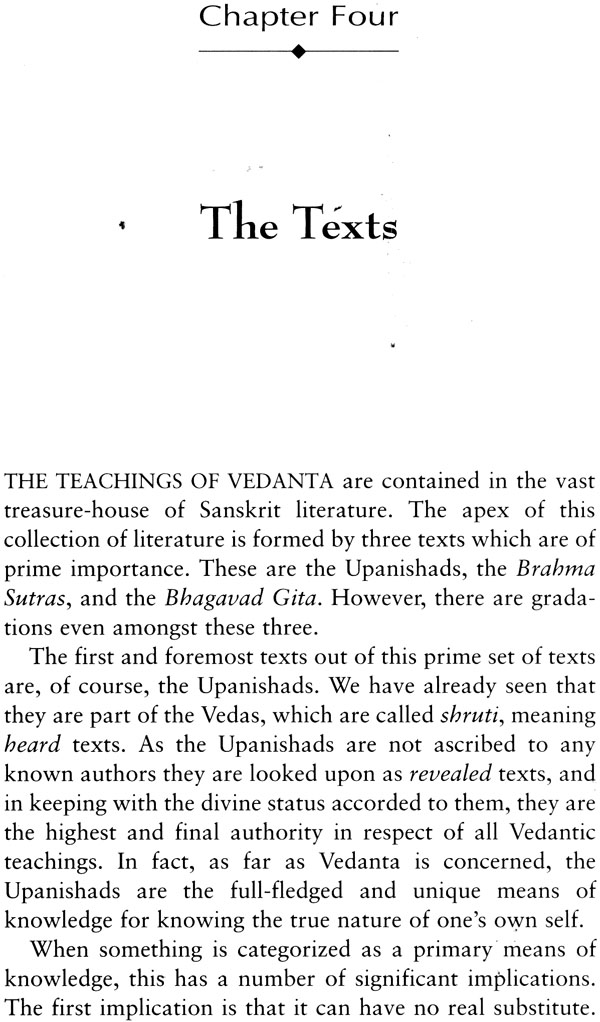 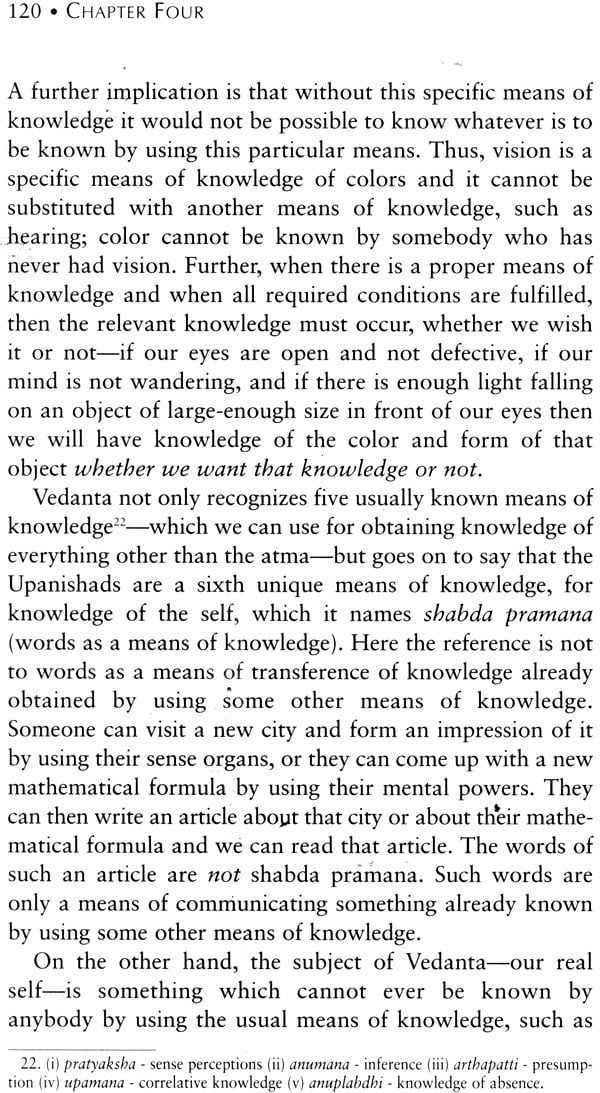 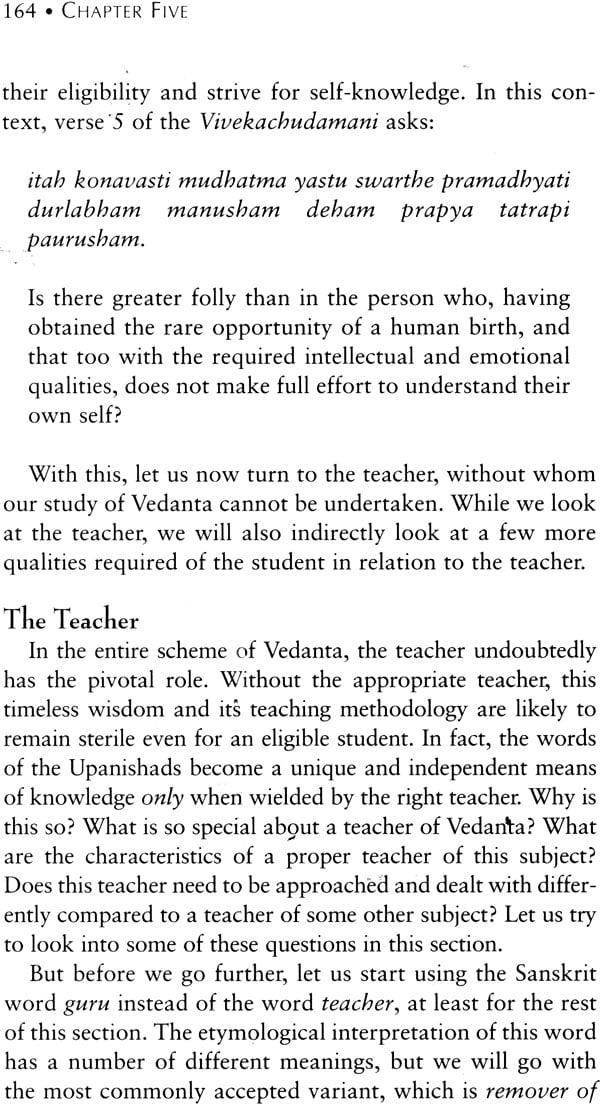 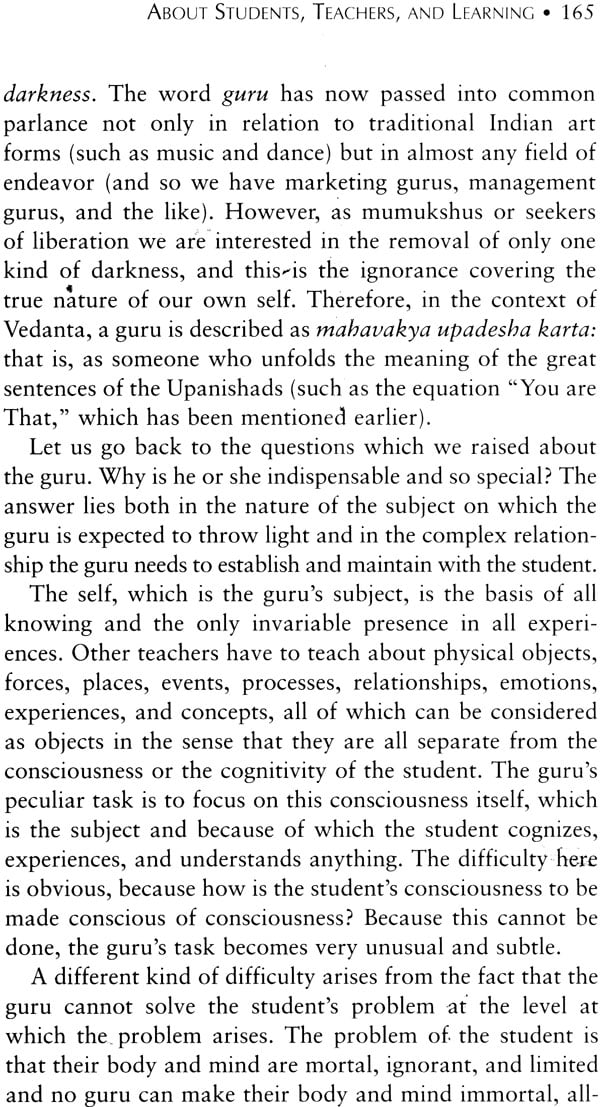 Understanding Vedanta: A Contemporary Approach (A Collection of Essays To Introduce Vedanta)
By Dhruv S. Kaji
$23.20
FREE Delivery
$29  (20% off) The Philosophy of Visistadvaita Vedanta (A Study Based on Vedanta Desika’s Adhikarana-Saravali)
By S.M. Srinivasa Chari
$44.50
FREE Delivery
Best Seller