Counterflows To Colonialism (Indian Travellers and Settlers In Britain 1600-1857) 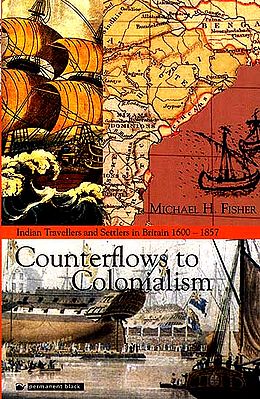 $32.50
Notify me when this item is available
Back of the Book

Indian have been visiting or settling in England since the early 1600s. by the mid-nineteenth century several thousand Indian seamen, servants, scholars, soldiers, women and children, students, diplomats, royalty, merchants, tourists, and settlers were participating in British Society.

Their self-representations and activities influenced British attitudes and policies towards India generally. The context for these interactions and representations was colonialism and its processes, which powerfully altered what being 'Indian' meant, culturally and legally.

This book surveys and analyses Indians that ventured to Britain over 250 years, their reasons for travel, their diverse lived experiences, and their contrasting representing of colonizer, colonized, and colonial rule.

Written in jargon-free prose, this book will enthrall general readers as well as historians. Comprising diverse stories and telling anecdotes, eccentric personalities and peculiar lives, this is an unusually readable work by an eminent historian of India.

Michael H. Fisher is Danforth Professor of History at Oberlin College, USA. His many books include a biography of Dean Mahomet (1759-1851), The First Indian author in Enlish.