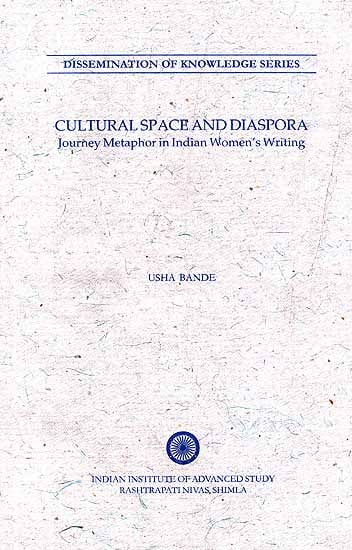 The four novels discussed here show different facets of the diasporic condition as seen and encountered by the authors, viz. Anita Desai, Gita Mehta, Arundhati Roy and Bharati Mukherjee, Diaspora is a condition of uprootedness, and the dominant metaphor used to denote its co-experience is 'transplantation.' Transplantation connoted relocation and in its turn relocation presupposes the existence of a location, and dislocation therefrom. A diasporic psyche, thus, remains in a constant flux, which is expressed, by some writers through the use of the journey metaphor. The experience of migration and living in Diaspora impinges on the psyche of the authors and by implication on their protagonists. How the authors/protagonists cope with their condition and search for cultural space is the point of discussion here.

Dr. Usha Bande, at present Fellow, Indian Institute of Advanced Study, was till recently on the faculty of English literature in Govt. College for Women, Shimla and Principal of Govt. College, Arki under the Himachal Pradesh University, Shimla. She started her schooling with St. Joseph's convent, Jabalpur and has had a brilliant academic career. Dr. Usha Bande worked for her doctorate on the novels of Anita Desai, interpreting Desai's characters from the angle of Third Force psychology. Hers is an innovative approach and has been widely acclaimed by U.S. scholars in the field. She studied the application of Karen Horney's psychological theories to literature under Dr. B. J. Paris at the University of Elorida, USA. She had recently completed a major U.G.C. project on the Indian women's short stories entitled "Emergence of the New Woman in Indian women's Short Story-A Feminist Perspective" and is now working on Resistance in the Sub-continental Women's Novels. She visited the U.S.A. as a Research Associate at the University of Florida, Gainesville, and Canada under the Cultural Exchange Programme.

The Indian Institute of Advanced Study has been a centre for higher research for a long time. Its main focus is on humanities and social sciences, especially on fundamental themes of life relevant to humanity. In order to achieve this objective, the Institute organizes intensive research by its fellows, lectures by eminent visiting scholars and visiting professors, and arranges seminars, conferences, and workshops both at Shimla and outside through its collaborative institutes. The Institute has to its credit a large number of publications including books, monographs, proceedings of seminars and occasional papers. It also publishes three journals- Summerhill: IIAS Review, Studies in Humanities and Social Sciences, and Chetna: Manav Anusandhan Patrika. These publications immensely contribute to the academic life of the Institute. The Institute has also launched a series entitled "Dissemination of Knowledge" under which it publishes papers by eminent scholars on significant themes of knowledge relevant to society, economy, and humanity.

In the fast-moving modern scenario, with globalization and multiculturalism as the watchword, migration abroad has become an accepted reality, and 'diaspora', a catchword to denote the condition of being away from the homeland. Though the intellectuals, professionals, writers and others are leaving their homelands with conscious decision, and they are no longer the 'girmits', the sense of loss, unsettlement and dislocation associated with the condition remains intact. And that is where the journey metaphor assumes significance, as journey in itself is a condition of being in the flux. What is the significance of the journey motif for a diasporic writer and particularly a woman writer is a question that requires probe. Dr. Usha Bande, in dealing with the journey motif in four Indian English novels, has ably shown the psyche of the characters and the authors with the Indian cultural backdrop in view. As the great Sufi poet Rumi observes: "Go on a journey from self to self, my friend! Such a journey transforms this earth into a mine of gold." Does the diasporic journey of the authors remain only at the level of restless quest or does it afford them a spiritual lead ahead, is the point of discussion.

The IIAS is committed to encouraging and disseminating knowledge in various areas/disciplines. I am happy to give this book in the hands of the discerning readers, published under the 'Dissemination of Knowledge' series, in the field of literature.

The Writer's Feast (Food and The Cultural of Representation)
By Supriya Chaudhuri and Rimi B. Chatterjee
$46
FREE Delivery

Inter-Sections (Essays on Indian Literature, Translations and Popular Consciousness)
By Rana Nayar
$24.60
FREE Delivery
$41  (40% off)
Add a review
Have A Question