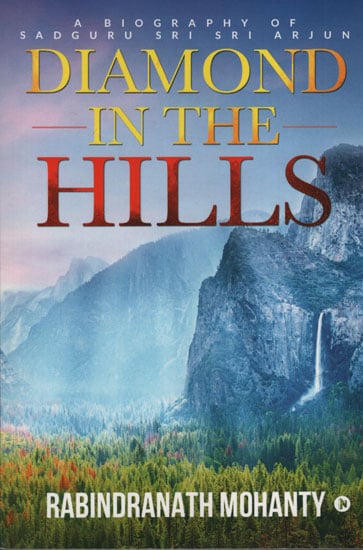 This is a real story of a school dropout tribal youth named Arjun who was professionally a carpenter working for Hindustan Aeronautics Limited, a struggling householder far from sophistication of city life, but who, capitalising on his intrinsic inquisitiveness and divine virtues single-mindedly journeyed through the science route to the peak of spiritual realization, to become a spiritual master (Sadguru) at an early age of just 34 and revealed 'Divya Darshan or The Philosophy Divine for the whole of humanity irrespective of caste, creed or religiosity.

Divya Darshan. The Philosophy Divine, presents, for the self-benefit of mankind, the true knowledge based on non-dualistic principles in a simple style by which man can arouse the inert power within, blossom the latent divine virtues while observing the Law of Eternity for taking care of not only his own existence but ensuring happy and peaceful social living ultimately to get rid of the ignorance-generated sins and sufferings.

"Ignorance is the cause of sufferings. Dispel ignorance by enkindling knowledge within and get rid of all sufferings. You alone can liberate yourself by acquiring true knowledge and divine virtues. Regain your lost paradise and enjoy peace and bliss. Remember; you are immortal and ever-free."

The biographer Rabindranath Mohanty is one of the direct disciples of Sadguru Sri Sri Arjun. A Post Graduate in Economics from Ravenshaw College. Cuttack, he retired from the services of Indian Overseas Bank in 2010. Initiated in the year 1984 into Divya, Darshan Sangha by Sadguru Sri Sri Arjun, he is at present the Managing Trustee of Di, Darshan Charitable Trust and also the Vice-President of Divya, Darshan Sang,

A devout spiritual seeker, he has written seven books in Odia and a year back made the English version of Sadguru’s ‘Divya Darshan, The Philosophy Divine.

That we are all governed by a Law called the Law of Eternity and that all changes, internally or externally whatsoever are caused and conditioned by this Law remains unknown to many. We also seem to be unaware of the Omni-potent Creator who is the maker of the Law. The Law is intended for progress and well-being, peace, happiness and bliss of all beings in this Creation. It is everybody's Dharma or duty to observe the Law to further the Creator's cause. No one is expected to break the Law. The offenders shall be appropriately punished at the appropriate time. Anything bad or undesirable in thoughts, expressions and actions is a cognizable offence without exception. To deal with such things there is Law of Karma which also comes under the overall purview of the Law of Eternity. Ignorance of this Law and consequent malfeasance or misfeasance brings us sins and sufferings.

Essentially, man is not only born free, he is eternally free and immortal. That is his true sell But being enshrouded by ignorance he gets into chains of bondages and unknowingly plunges himself into the jaws of death. He helplessly cries for help but the Law takes its own course. He suffers as if he is born to suffer. His radiant divinity gets eclipsed by the darkness of ignorance.

To address the problem of human sufferings Sadguru Sri Arjun (1933-1989) descended on this Earth and presented "Divya Darshan" which the common people can understand and appreciate. He said, "During my life time people cannot know me. Gradually people will know `Divya Darshan.' I am not showing miracles to attract people towards me. I am preaching true knowledge which is very subtle. Material knowledge is temporary and changeable. Subtle knowledge on the other hand is permanent; it gives permanent peace and bliss. Subtle knowledge permeates down to people at a slow pace. Those who possess good impulses (samskara) can penetrate into this thought tickling theme faster. Truth is simple which will never decay or decompose. Man is so much obsessed with the material world that very few can answer the question "Who am I?" Consciousness remains enveloped.

"Divya Darshan" is the philosophy of the true self. "Divya Darshan" is based on truth. There is no scope for any blind belief or superstition in the matter of acquisition of true knowledge. Transcending all narrowness and differences, categories and classifications, comparisons and competitions, diversities and discriminations, barriers and bondages, "Divya Darshan" preaches mankind to soar high with two very powerful wings such as -knowledge and divine virtues to be one with the unitary consciousness i.e Self. Without self-knowledge, liberation is impossible.

Sadguru Sri Sri Arjun's biography has already been published in Odia and Telugu which has received encouraging response from the readers. This biography in English has been written by Sri Rabindranath Mohanty, Vice President of Divya Darshan Sangha. During 2017, he had made English rendering of Sadguru Sri Arjun's "Divya Darshan,The Philosophy Divine." Divya Darshan Sangha puts on record its high appreciation of the noble efforts of Sri Rabindranath Mohanty for spreading Sadguru's philosophy far and wide for the benefit of mankind. May the world be benefited and refreshed by the simple style of presentation of this biography of a very little known simple person named Sadguru Sri Sri Arjun. Greetings and best wishes,

Divya Darshan or The Philosophy Divine, presents, for the self-benefit of mankind, the true knowledge based on non-dualistic principles in a simple style by which man can arouse the inert power within, blossom the latent divine virtues while observing the Law of Eternity for taking care of not only his one existence but ensuring happy and peaceful social living ultimately to get rid of the ignorance-generated sins and sufferings.

Forgetting your true self and mistaking this stage for your abode and unreal role for your Self, how long will you continue to be tortured in the frying cauldrons of lust and greed, pride and prejudice?

Arise! Enkindle the flame of awareness within.

Get ready to return to your peaceful, immortal and heavenly abode and get back your eternal, true and pure self. Then only you will free yourself from all miseries and fears.

Remember! You are immortal and free."

The above immortal saying of Sadguru Sri Sri Arjun is a clarion call to the entire mankind. While the first part reveals the universal delusion that shrouds one and all, the second part shows the way to peace and liberation.

He was a realiser of Truth, although for the outside world, he was a house-holder. There was purity in his conduct, love in his thought and truth in his speech.

"Divine thoughts, divine expressions, divine actions," That was his austere way of life.

The world is replete with knowledge. Knowledge vividly expresses itself in and through the movable and the immovable, the atoms and molecules, the sentient and the insentient. Sadguru Sri Sri Arjun, who is himself the Knowledge Absolute descended on the earth, in order to disseminate the divine knowledge i.e. true knowledge by enkindling the never-ending flame of total knowledge named as "Divya Darshan or The Philosophy Divine" for the benefit of the entire mankind. To his disciples he revealed, "For the outside world, my name is Arjun. I am nothingness. By my latent glory I am everything. Having become everything I pervade all. As one thinks me to be, so am I. You are in deep slumber as of Kumbhakarna. I must wake you up even at the cost of my sleep. It's my resolve that you attain divinity. I have enkindled the divine flame. You shall keep the same ablaze. Knowledge path is accepted belatedly. Whether you accept or not, your children and grandchildren shall definitely accept and acknowledge its gravity."

"Divya Darshan is not a different faction or community; it belongs to everybody and still belongs to none. He, who knows it, owns it," thus said Sadguru Sri Sri Arjun. He was a plain house-holder, not saffron-robed. By profession he was a skilled technician. Through his sportful and divine way of living as a house-holder, he proved that for God-realisation, one need not renounce the world and go to any far-off jungle. God realisation is possible even here in this worldly life. Any special academic qualification is not also a pre-requisite for God-realisation. Self-knowledge lies veiled within. Oblivious of the Self, man is besieged by jiva feelings. Not being able to realise his latent completeness he is plagued by lust and greed. He commits sins due to ignorance and gets sufferings in his quest for happiness. Intrinsically Truth-Absolute, Knowledge-Absolute and Bliss-Absolute, the man being inundated by ignorance, leads life contradictory to his true self Being chained in multiple bondages, he succumbs to death innumerable times although he is essentially immortal and free. He is helplessly trapped in the cycle of birth and death. For the fulfilment of his desires he entreats different Gods and Goddesses, bangs his head before them but rarely evinces interest in acquiring knowledge about God. Without knowing Him, how can one get His blessings! While possessing demoniac qualities within, whether one can really get God's blessings in lieu of some offerings. Even after taking innumerable births, desires remain unfulfilled. Rather they get multiplied. Begging attitude does not wane. How can man free himself from such ignorance-born bondage? Something made by us, cannot protect us. Only He, who has made us, can protect us. Our Creator is our liberator. What is the aim of human life? Wherefrom it began? Where shall it end? What is the appropriate path to the destination? What are the means? 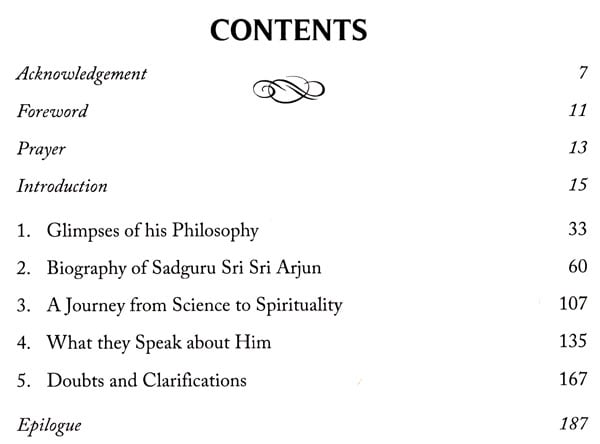 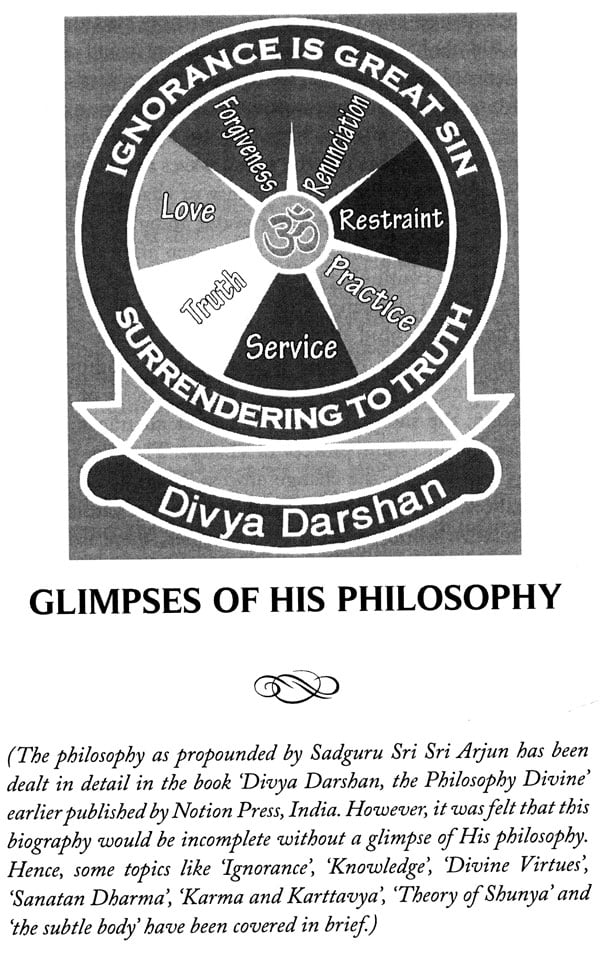 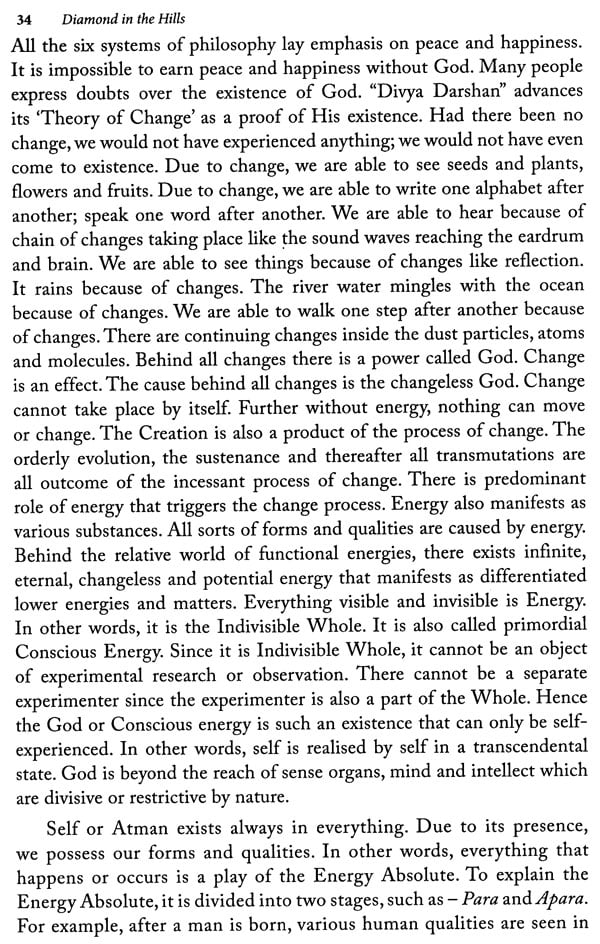 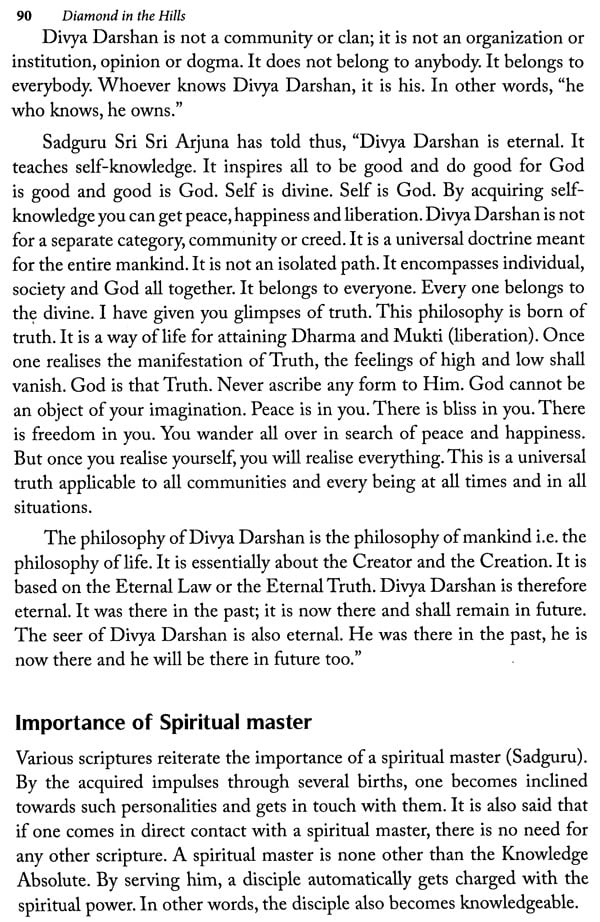 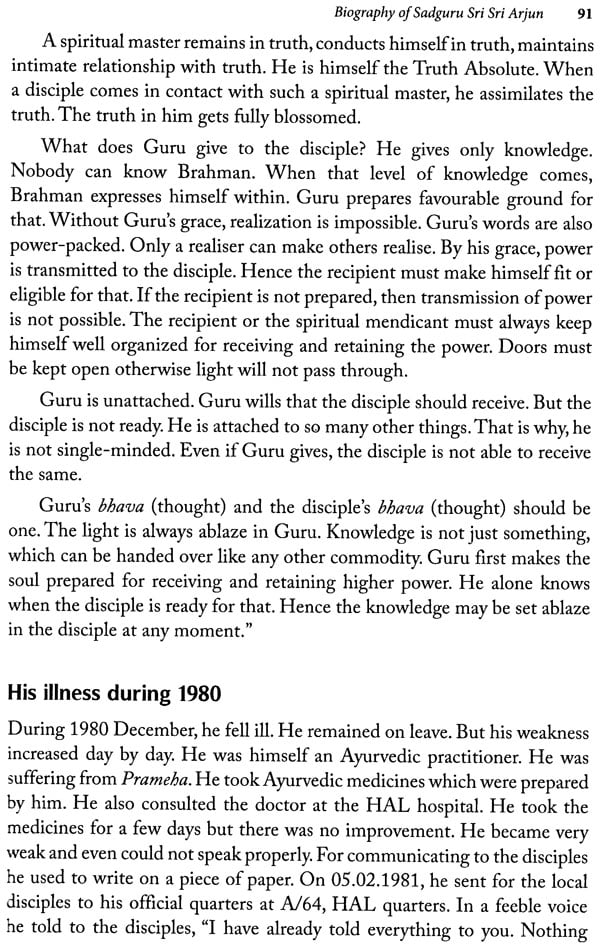 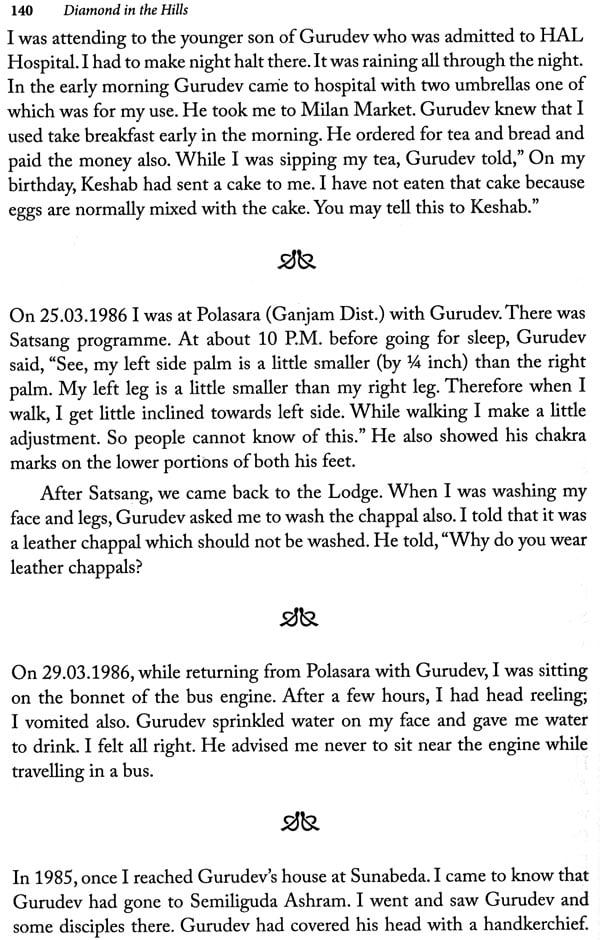 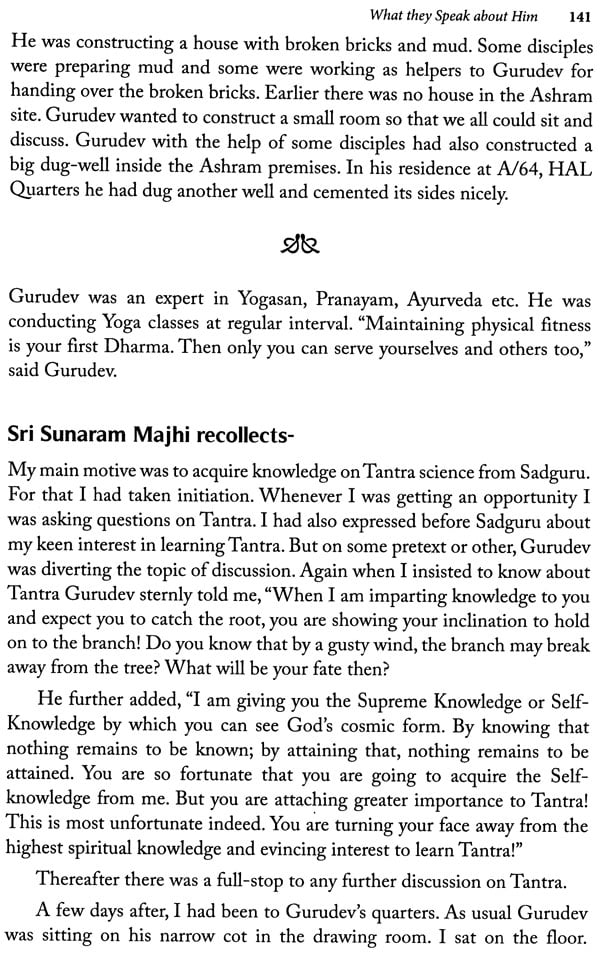 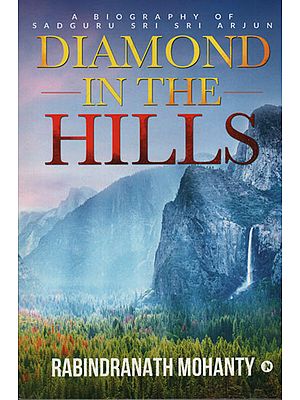 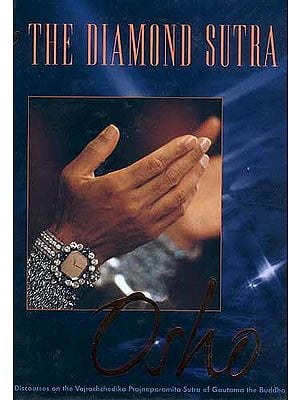 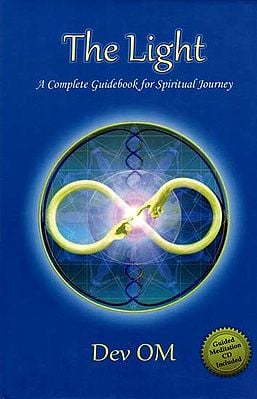 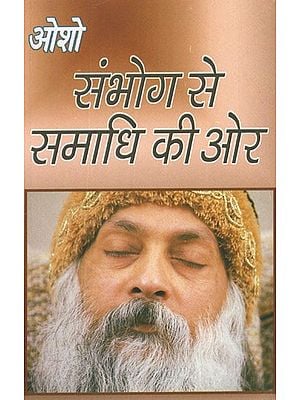 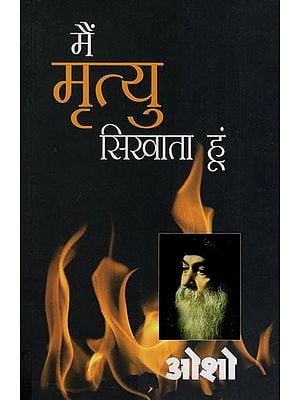 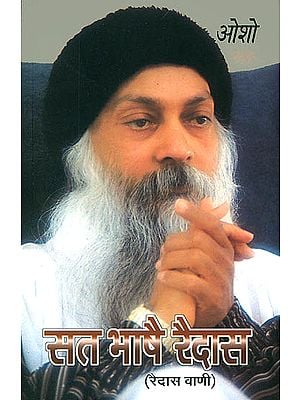 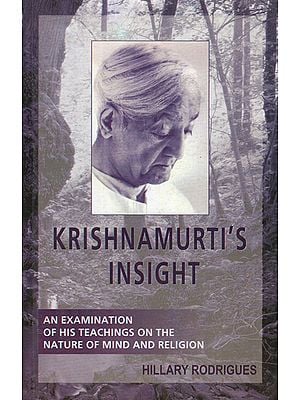 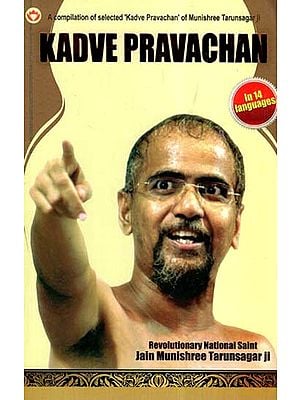 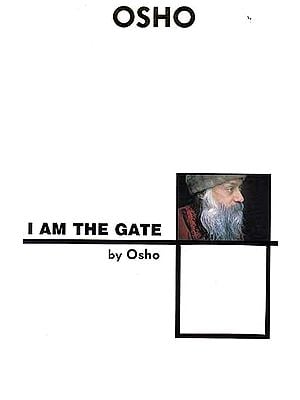 I Am The Gate
By Osho
$35
FREE Delivery 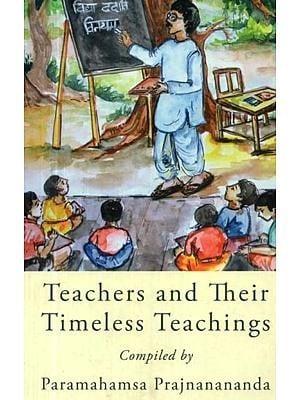