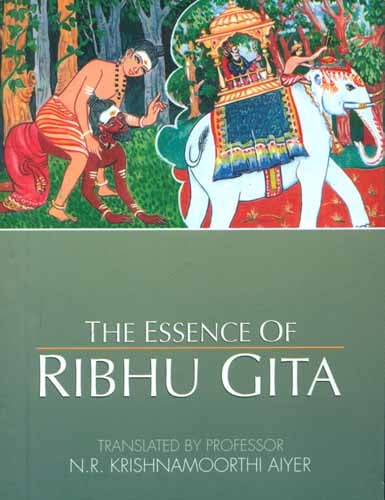 Sri Ramanasramam is happy to publish this brilliant English abridgement of a monumental work which Bhagavan Ramana refers to often in His Talks. It will be noted that the translator has included in his selection passages made familiar by Sri Bhagavan.

Bhagavan Ramana encouraged the translator to study the Ribhu Gita as his sadhana. Being a devout student of the classic text, and through the grace of His Master, he is fully competent to translate it. We are now fortunate to have this rare and beautiful translation in our midst.

Professor N.R. Krishnamoorthi Aiyer was the Head of the Department of Physics in the American College, Madurai. He was steeped in the objectivity of modern science and has had close contacts with a large section of enlightened American professors. He is thus a physicist with an appreciation for scientific precision and accuracy. Since he is an advanced spiritual adept as well, he is able to strike a remarkable equilibrium between science and spirituality, not just theoretically, I but practically too.

Sincere aspirants owe a deep sense of attitude to him for both the great precision and spiritual insight with which he has been able to capture the essence of the original text.

The Ribhu Gita forms the sixth section of the Sanskrit work known as Siva Rahasya. It is the teachings of Lord Siva in Mount Kailas to His devotee Ribhu, from whom the Gita derives its name.

The Ribhu Gita was translated into

Tamil verse by a Brahmin Vedic scholar of high repute, by name Bikshu Sastrigal who was also an accomplished scholar in Tamil. He translated the work under the name of Ulaganatha Swamigal, and because of his efforts attained renowned fame among the Tamil devotees of Siva.

The Tamil version is a free translation of the original Sanskrit text, consisting of 1,924 verses of such scintillating brilliance that Bhagavan Sri Ramana Maharshi recommended its recital as a strong support for spiritual sadhana. He used to say that the recital itself leads to spontaneous abidance in the Self.

The book presented herewith consists of 122 verses from the original Tamil work, being a free translation into English prose, conveying the essence of the original, rather than a mere mechanical word for word translation.

Reading of this English text alone will not be complete unless it is supported by vigorous sadhana with the help of a realized teacher, who has obtained firm abidance in Siva-Seif by a life of devotion to Lord Siva. This aspect is stressed in some of the verses selected.

It is the earnest hope and prayer of the translator that after reading this English text, devotees all over the world would make the pilgrimage to Tiruvannamalai, and complete their sadhana in the immediate presence of Lord Arunachala Siva and Guru Rmanaenshrined in His samadhi in Sri Ramanasramam. 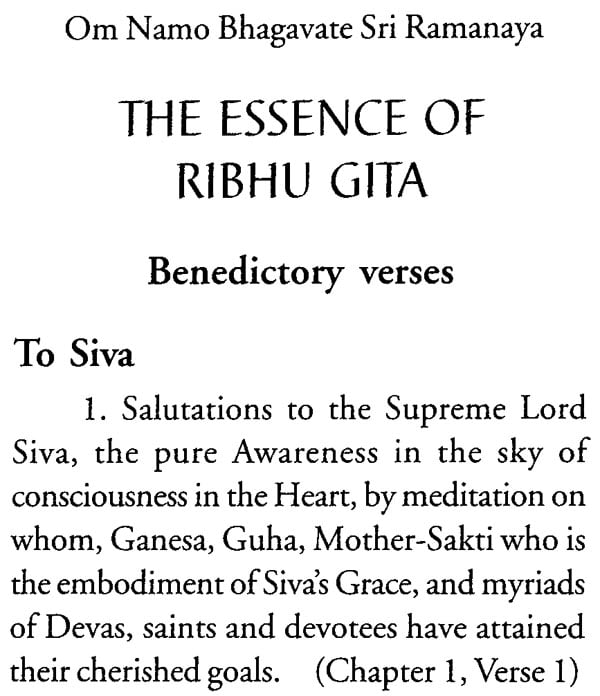 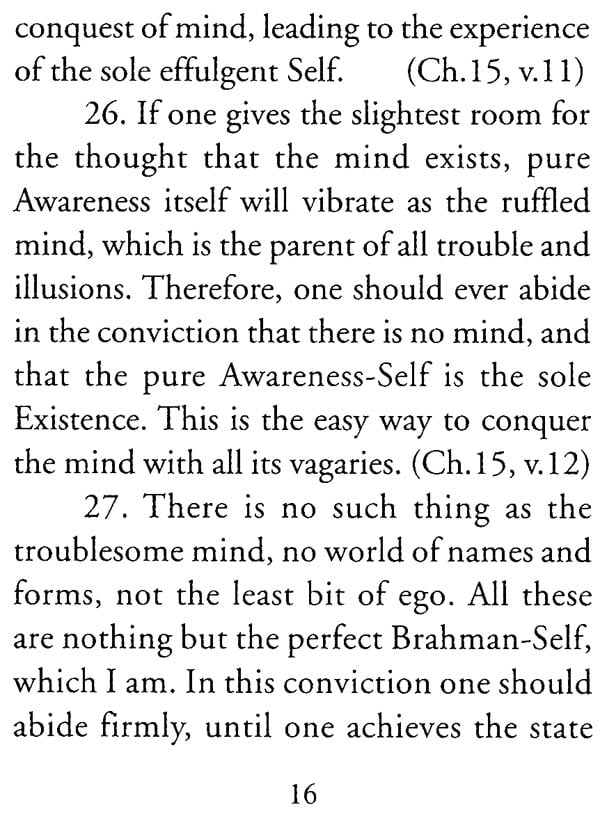 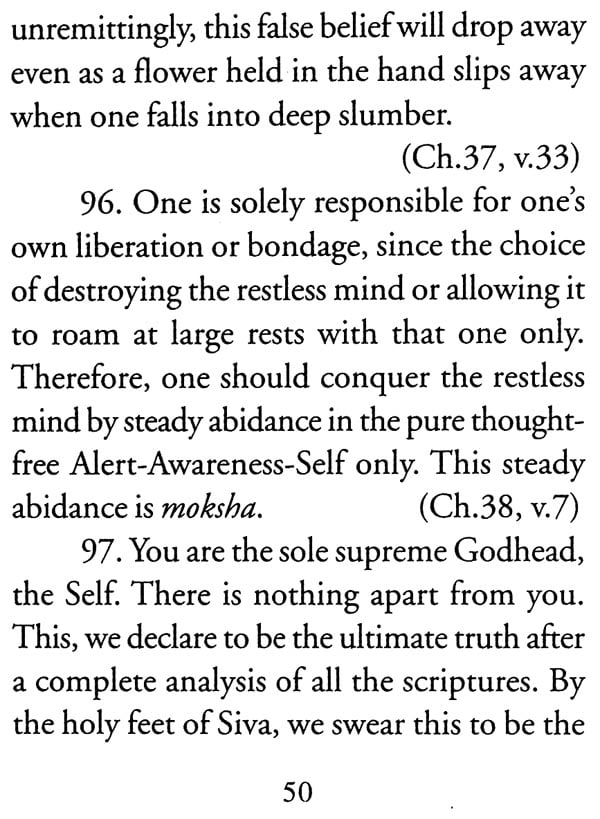 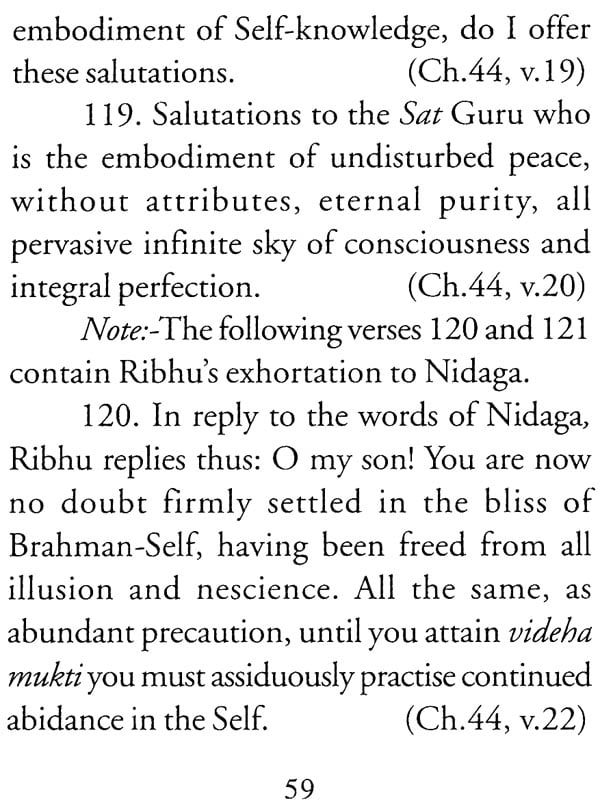 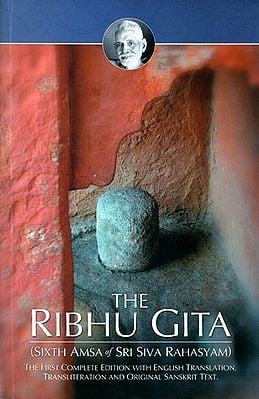 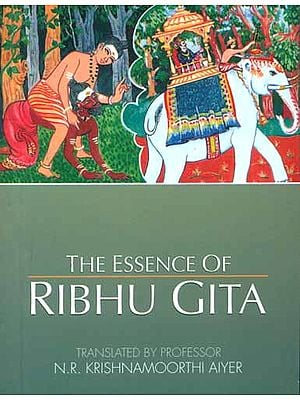 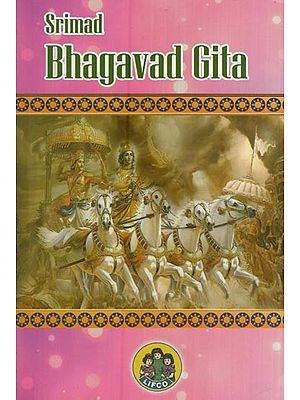 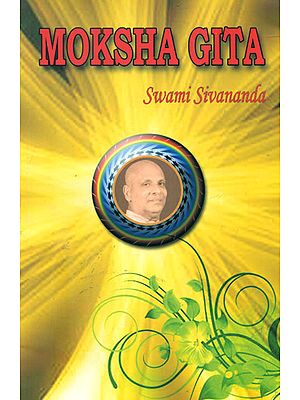 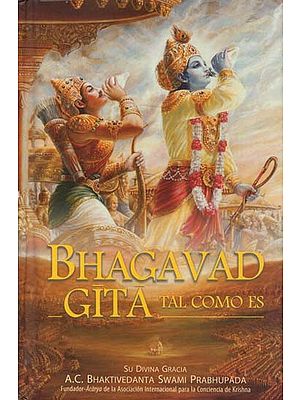 Bhagavad-Gita with the Commentary of Madhusudan Saraswati
By Madhusudana Sarasvati; Translated By: Swami Gambhirananda
$42.40
FREE Delivery
Best Seller
$53  (20% off) 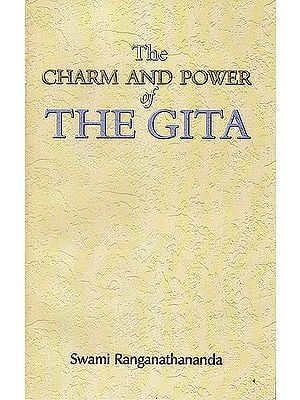 The Charm And Power of The Gita
By Swami Ranganathananda
$7.20
$9  (20% off)
Book FAQs
Add a review
Have A Question