Eurasian Mythology in the Tibetan Epic of Ge-sar 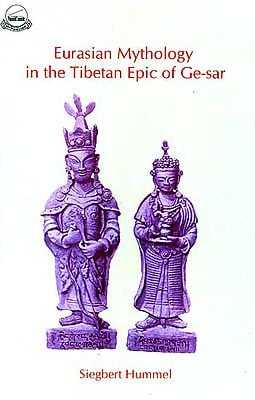 $12.80$16.00  [ 20% off ]
Notify me when this item is available
Save to Wishlist Send as E-card Share by Email
Back of the Book
Eurasian Mythology in the Tibetan Epic of Ge-sar

Ge-sar is the most extraordinary Tibetan legendary figure and remains, despite various unsuccessful attempts to tie him down into a context of historical reality a great mythological character.

Figure of Ge-sar (the name is modeled on the western Cae-sar-Kaiser) has served as a repository of traditions that, through the corridor o the Eurasian steppe belt, reach back into the world of Germanic and Greek legends and into Megalithic religious beliefs.

The hero Ge-sar, sent down from heaven and returned thereto, has indicated in the course of his eventful journey on earth how on the occasion of his return the hope for a reign of justice and peace and the striving for salvation and liberation will be fulfilled. Thus Ge-sar is both hero and saviour at once.

Utilizing the Tibetan versions of the epic, Professor Hummel provides us with a wealth of mythological legendary and folkloric motifs which over the course of centuries sedimented around the initial crystallization kernel. He thus manages to bring to life on of the most fascinating legends of world literature.

Siegbert Hummel, was born in Rodewisch, Germany in 1908, and after completing his studies as a commercial clerk began in 1926 study theology and philosophy, then art history and oriental disciplines (Egyptology, Tibetology, Sinology, Japanese and Mongolian Studies) at the universities of Tubingen, Rostock, Leipzig and Munich.

After obtaining his doctorate in 1944 with Prof. Erkes of Leipzig (Sinology), he was first keeper of the Asian section and thereafter director of the Museum fur Volkerkunde in Leipzig from 1947 until his dismissal in 1955 (due to political reasons).

Since 1955 Prof. Hummel has been living in retirement in a small village in Vogtland (Saxony)

For the English translation the text of this book has been revised and explained with respect to the original German edition, and the bibliography is now much more comprehensive. I wish to express my gratitude to Prof. S. Hummel for his constant guidance throughout this work.

Special thanks are also due to Dr. Erberto Lo Bue for reading the manuscript and providing useful advice and to Ms. Maura Ginty for her deidicated editorial assistance.

The Library of Tibetan works and Archives is pleased to present Guido Vogliotti’s translation of Siegbert Hummel’s work on Eurasian mythology and its influence on the most renowned of Tibet’s legendary figures, Ge-sar.

This important work explores the variety of themes and motifs of the Ge-sar epic and the influence under which they deveioped, and theorizes o the central legend which has served as a repository for all of these traditions.

Hummel’s innovative and inspired scholasticism is the kind of effort which the Library applauds and welcomes. We hope that this astute treatment of on of Tibet’s greatest folklore heroes will be of benefit to scholars and the general public alike.

Ge-sar is the most extraordinary legendary figure of the Tibetans. Despite numerous attempts to link him with glorious events of Tibetan history, thus rooting him into his native ground, he remains and enigmatical, paramount mythological figure in which myths of the most varied provenance have come together. As such he is more than just an idealized personification of political expectation, more than a saviour in the stream of popular history. Though longed for as a redeemer, he rather indicates that liberation from the constant threat which the demons of life pose on man is possible, which turns this escort of souls into a leader and helper on the way to salvation. Over the course of time the figure of this carrier of hope become a living repository of the different expectations expressed in the motifs of several myths. These myths spread to the east along the steppe belt as far as Tibet that large Eurasian cultural repository –a process that has not come to an end yet, particularly in the western and northeastern border regions on the fringe of the plateau and has developed into an outgrowth with secondary ramifications. What is remarkable about this crystallization kernel of the epic is the fact that it assimilated traditions reaching into the world of the Greek and Germanic legends, and further into the religious ideas of the Megalithic, the gnosis of which is reflected in many folk-tale motifs that were absorbed into the Ge-sar epic and that have been preserved down to the present time. It is to the description of these motifs that our research will be dedicated.

Ge-sar (his name refers to the eastern Roman emperor, Caesar-Kaiser) is a heavenly figure descended upon the earth and then re-ascended to heaven. The hopes for a reign of justice and peace on earth and for certainty on the redemptory way of the inner liberation and deliverance of man, are closely associated with his return. This Ge-sar is world ruler, hero and saviour all at once.

I am aware of having gone my own way through the Tibetan epic of Ge-sar by following the traces of the oldest Eurasian mythological traditions, some of which reach as far back as the Megalithic. The facts I present here may speak for themselves even though a purely nature-mythological interpretation of the epic cannot any longer bear scrutiny ever since Berthold Laufer expressed his earnest criticism in 1901.

My contributions on the Ge-sar span the years from 1959 to 1976. The literature that has since been published does not, as far as I am aware, affect the scope of this book.

I have bound myself to the classical versions of the Tibetan epic. in the respect the historical and pseudo-historical accretions. as well as the constant and seemingly never ending proliferation of mainly folkloric traits around the still controversial kernel of the epic (in the neighboring regions outside Tibet), Must remain the subject of specific research the same applies with regard to possible mythological realia. Historical facts worthy of notice are a snarl in which one easily becomes hopelessly entangled in spite of the best power of discrimination. 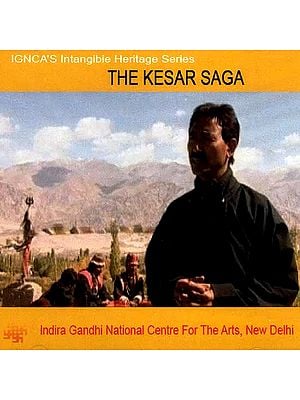 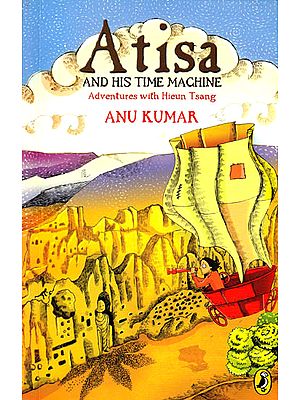 Atisa and His Time Machine Adventures with Hieun Tsang
By Anu Kumar
$15.00

Muses in Exile – An Anthology of Tibetan Poetry
By Bhuchung D. Sonam
$18.50