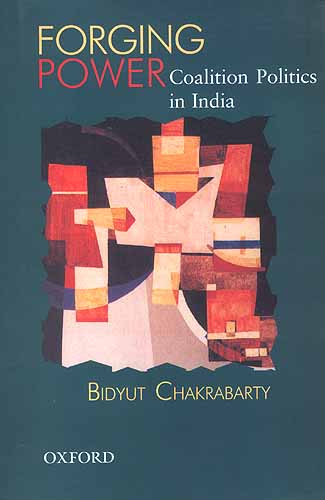 This volume is a history of the growth and evolution of coalition governments in India both at the national and provincial levels. The phenomenon of political parties of diverse ideologies and affirmations coming together to share power has been highlighted as a prominent feature of Indian politics in the last few decades.

The study argues that contrary to popular explanations, coalitions have always been an inevitable necessity of Indian politics. Even in the era of apparent one-party dominance, not only was the Congress party a social as well as an ideological coalition, even the cabinet government in the initial post-independence years was constituted on coalition principles. It claims that rather than being seen as inherently unstable formations, coalitions may be the need in a socio-culturally diverse country like India, strengthening the democratic impulse, representing otherwise marginalized groups.

To this end, the volume examines the renewed emphasis on questions of identity, dominant ideological dispositions, and regional preferences among political formations in India. The author avers that while studying the phenomenon from available theoretical perspectives, there is a need to articulate the Indian experience in a more theoretically sophisticated model grounded in present Indian socio-economic realities.

The volume traces the roots of the events of the 1990s and beyond, to the 1970s when the Indian electorate experimented with coalition and one-party rule. It discusses the major themes and processes associated with the phenomenon through both empirical and theoretical lenses

Further, using cases of contemporary political coalitions in India both at the national and regional levels, the study puts forth explanations for the growth and apparent sustainability of governments of ideologically dissimilar if not contradictory partners. The chapters detail the Third Front coalition that comprised parties both opposed to the Congress and the Bharatiya Janata Party (BJP), the assembling and performance of the BJP- led National Democratic Alliance (NDA) that came into being in 1999, and finally the United Progressive Alliance (UPA), led by the Congress following the Lok Sabha polls in 2004.

Lucidly written, blending the conceptual with the factual, this volume will be of interest to scholars and students of political science, history, and sociology as also to journalists, policy planners, political activists, analysts, and an informed general audience.

Feminism Without Borders (Decolonizing Theory, Practicing Solidarity)
By Chandra Talpade Mohanty
$34.50
FREE Delivery
$46  (25% off)
Add a review
Have A Question