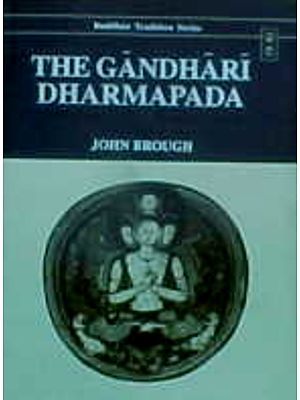 $69.50
Notify me when this item is available
Save to Wishlist Send as E-card Share by Email
From the Jacket:

The famous brich-bark manuscript in the Kharosthi script, which contains a recension of the Dharmapada in a Prakrit dialect, has long been familiar to students of early Buddhist literature under the name of 'Ms. Dutreuil de Rhins'. The manuscript, written in the first or second century A.D., is generally considered to be the oldest surviving manuscript of an Indian text. It was discovered near Khotan in Central Asia in 1892, and reached Europe in two parts, one of which went to Russia and the other to France. In 1897 S. Oldenburg published one leaf of the Russian portion; and in 1898 E. Senart edited the French material in the Journal Asiatique, together with facsimiles of the larger leaves, but not of the fragments. Now, almost seventy years after the discovery of the manuscript, it is possible for the first time to place before scholars an edition of the whole of the extant material, together with complete facsimiles.