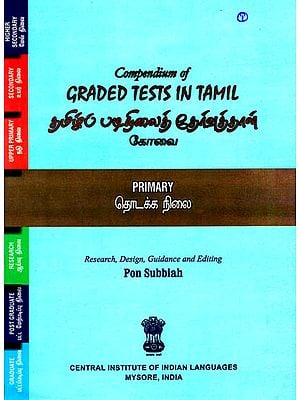 Content overlapping across various levels of education is a common feature to be seen in language and literature courses. This has been causing a lot of difficulties in differentiating one level from the other while undertaking the process of teaching, learning, and evaluation. As a result, the very idea of treating education as an incremental process has become untenable. One of the reasons for this is the non-availability of a system with clearly demarcated content components across various levels of education.

As such, Indian language education being imparted across the country, is going in an unorganized way. Due to this, maintaining comparability among the language courses*run by various institutions becomes a difficult task. Obviously, this has caused an imbalance in the process of decision making.

Since there is no centralized mechanism available to overcome this lacuna at the national level, the CIIL, an apex body for advising the govt. of India on language policies, has initiated action towards this direction. As part of this mission, an attempt has been made to develop ‘a continuum of graded syllabi and also the corresponding graded tests’ applicable to all the seven levels of general education, to start with Tamil. The present work viz., ‘Compendium of Graded Tests', consists of seven volumes — with each one covering both language and literature at some proportion. These materials, besides being used as basic resources for MILES and NTS works, could also be treated as a reference by the teachers and item writers of different levels to perform their respective tasks. No doubt, the learners of the discipline of language and literature are the ultimate beneficiaries.

I congratulate Prof. Pon Subbiah and Dr. M. Balakumar and their dedicated team of academics from various institutions for striving hard to give a shape to this decade long innovative exploration in the area of language pedagogy in general, and testing & evaluation in particular.

The compendium of sense volumes meant for all the seven levels of general education (primary, upper primary, secondary, higher secondary, graduate, Post graduate, and research) consists of 28 tests of language and literature hierarchically developed 4 per level. Being built up on a number of item samples, they form a set of tools meant for assessing one’s mastery (M) of the subject area (language and literature) under its structural elements’ (about 8 00) and the characteristic features associated with them (about 000) and to some extent the worth of personality’ (developed as a result of mastery) under its constituency Factors (about 70) and the characteristic features / (human) traits associated with them (about 200). Details cited under the former are referred to as ‘content inputs’, and the later as Consequential effects’. In the context of testing and evaluation, both of them put together are indicated by a common phrase called content components’. Samples of question items included in the tests have been developed on the basis of a set of randomly selected practical problems’ that are associated with the content components. Invariably, all of them have been linked to the Concept based Continuity of Graded Syllabi (CCGS) , a content free and context free comprehensive model meant for all the levels of education and applicable to all the languages of the country as a common referential document’ that could be used for making inter and intra language comparison.

Item samples: The content components covered (both quantitative and qualitative), the operational context adopted (identification, etc.), objective being tested (instructional and educational), time given for the response, marks allotted, answer key / cues needed, etc., have been identified and provided explicitly for every question item. The answer keys/cues meant for the item samples have been included at the end of every volume of the compendium for each level. As the programmes of ‘language teaching’ usually comprise the teaching of literature as well, the item samples included too, have been designed accordingly. While constructing the tests, all the item types (available under ‘objective’ and ‘subjective’ categories) have been adequately incorporated. Keeping in mind the ‘Non Tamils’ learning Tamil as L,, instructions and clarificatory notes pertaining to the item samples of the language part, have been provided in bilingual form (Tamil & English). Based on the content component covered, the corresponding question item is equipped with a six digit number code, a pattern followed in the 'General Frame of Reference (for language, literature, and personality)'*. This has been done to help the users understand the hierarchy of the components being deals with and their location in the COGS, at a quick glance. Aims & objectives: Many a time tests are prepared without any relevance 72 the objectives of education (as outlined in the policy documents) and also without making any distinction from one level to the other. In view of this, the present work was initiated with the aim of providing a set of ‘graded test models' as a foundation for regulating the process of item preparation and St construction in language education. Accordingly, the objective of this work has specifically been set to develop item samples meant for every level of education to measure the extent of mastering the content inputs "instructional) as well as the consequential effects leading to the growth of personality (educational) in a systematic way. The ultimate idea is to extend academic assistance to the language teaching community for systematizing their day-to-day teaching and testing. [The corollary would be to facilitate the facing up of norms and benchmarks at the District, State/ UT levels for purposes of quality maintenance].

Logic adopted for gradation: The presentation and placement of item samples under various grades / levels have been decided based on the principles of simple to complex, known to unknown, etc., in the light of the ‘item difficulty’ which were arrived at hypothetically by taking into account the structural elements as well as the dimensional factors associated with them. Besides, the time given for response, the complexity in presentation, etc., have also played a vital role in deciding the appropriateness of the item samples assigned to a particular grade/level. In view of this, it is assumed that the ‘individual parts’ (item samples) as well as their ‘integral wholes’ (the tests) that are included under a given level of education are ‘comparable’ among themselves- both in terms of their counts (total number) and difficulty perceived. Therefore, all the 4 sets of tests available under each level are assumed to be the parallel forms, a usage often found in the evaluation parlance.

Item categories & field try-out: The number of item samples of the objective and subjective categories included under the first 4 levels 1.e. upto the ‘higher secondary level’ has almost been in equal proportion. At the ‘graduate’ level, the objective category of items in literature are more in counts. Hence, they are placed under a separate section ‘ 7’. In case of ‘post graduate’ and ‘research’ levels, the item samples listed under ‘ a’ and "aa? sections are mostly of the objective category. It may also be noted that, most of these item samples have been tried out during 2002-03, for their ‘practical feasibility and ‘item difficulty’ at various schools, colleges and universities located in Chennai, Coimbatore, Madurai and Pondicherry regions of the Tamil speaking area. Rest of them have been prepared as per the expectations of the CI&E and cross-verified by a group of senior scholars before they were considered for inclusion. 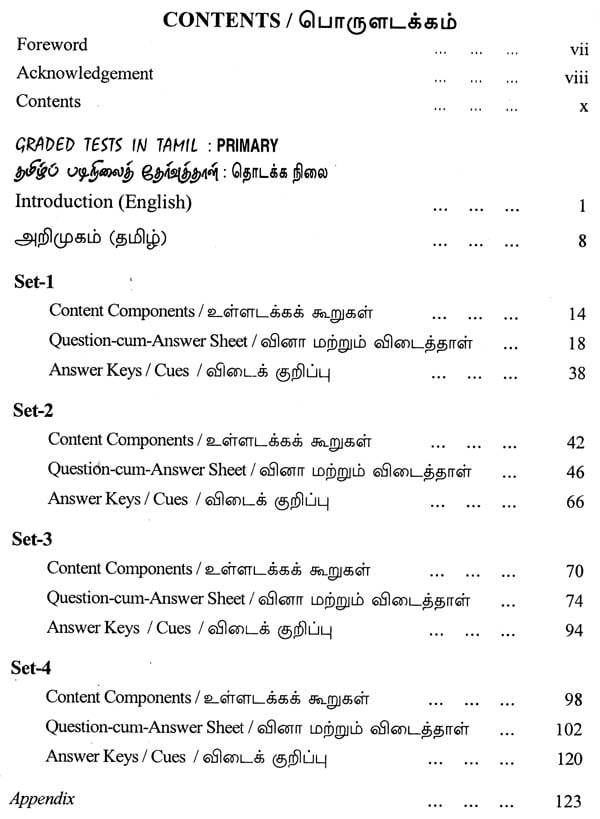 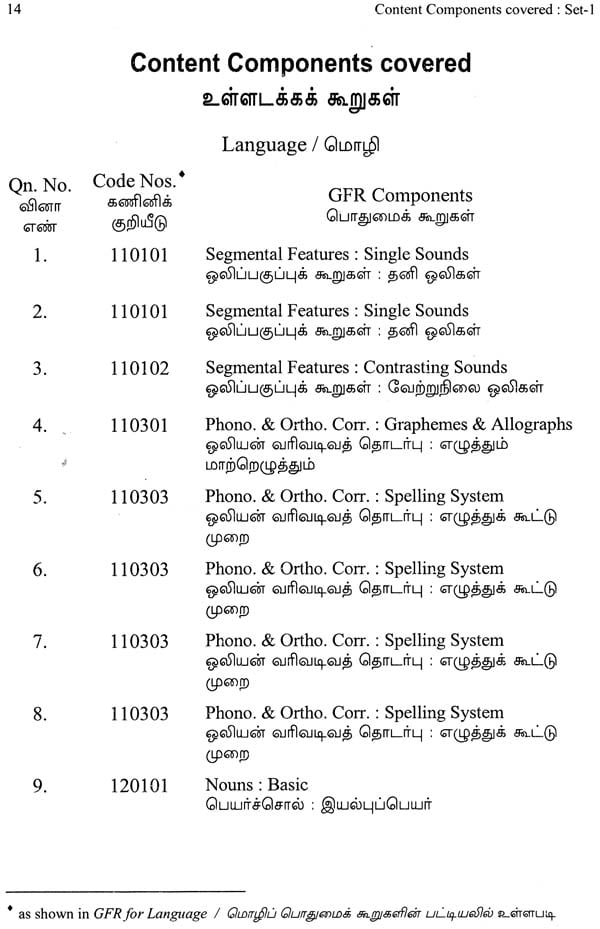 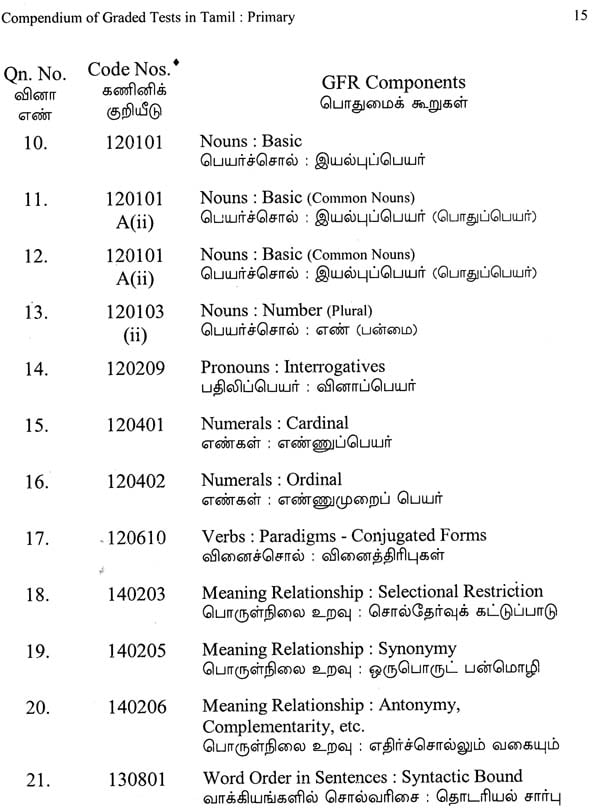 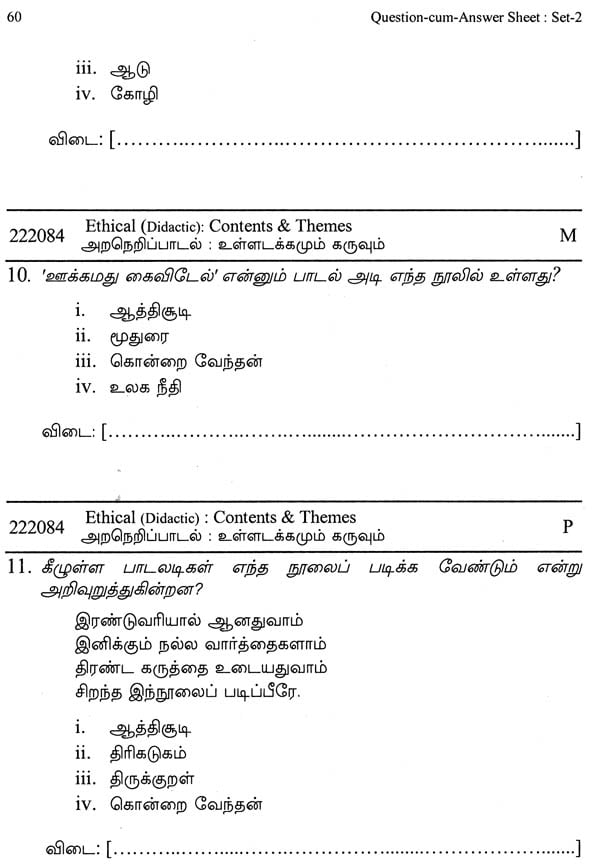 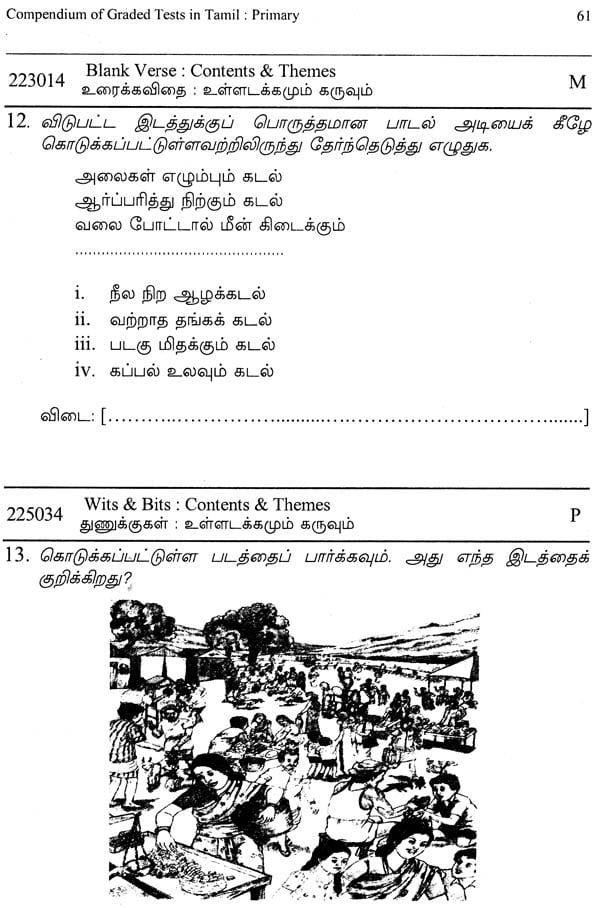 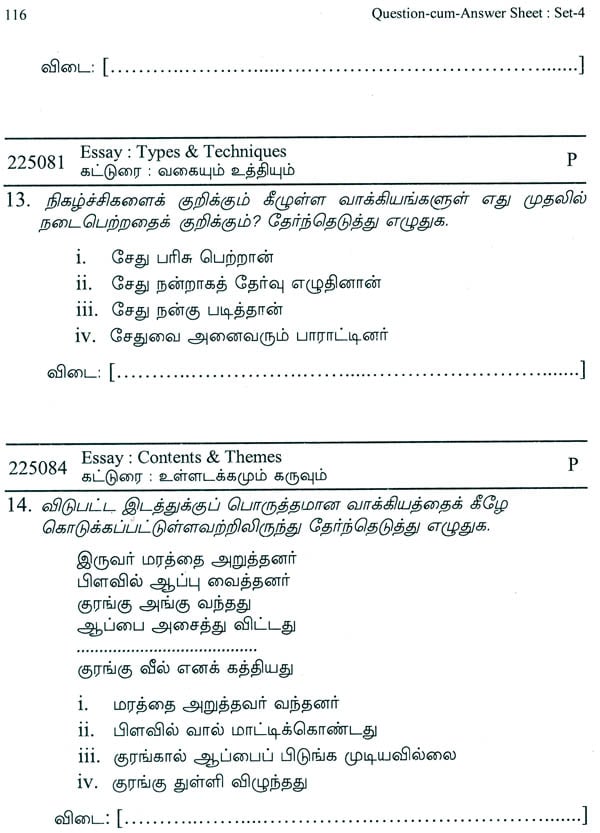 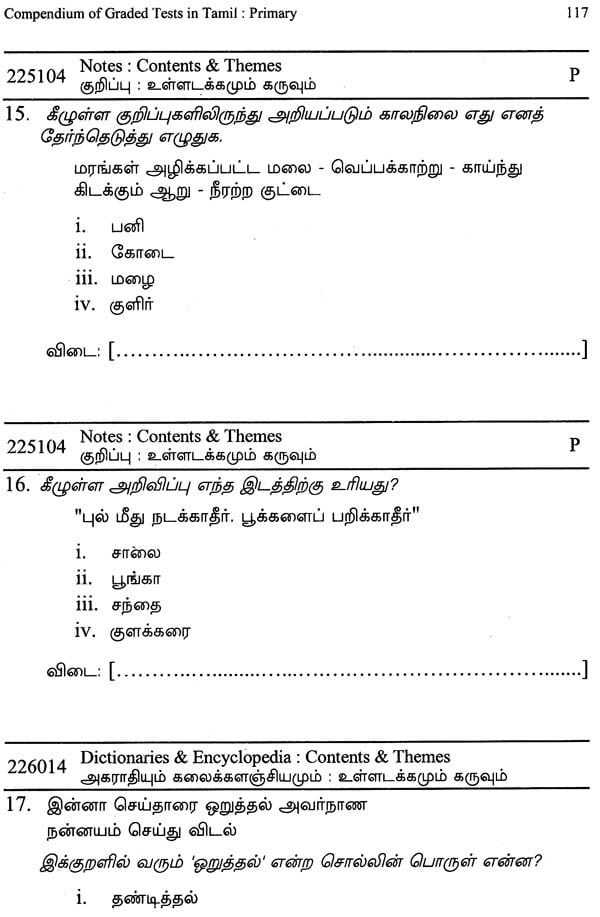 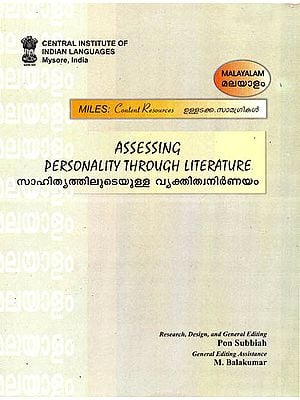 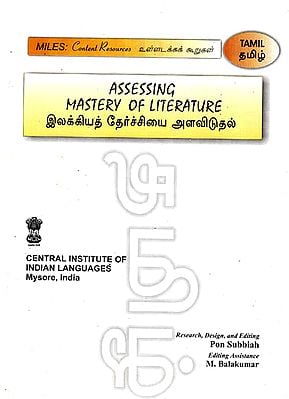 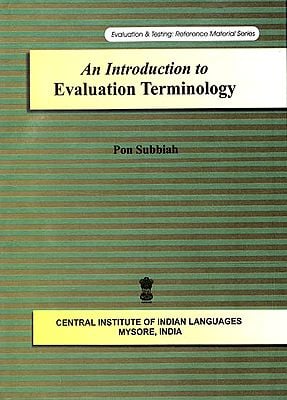 An Introduction to Evaluation Terminology
By Pon Subbiah
$30
FREE Delivery 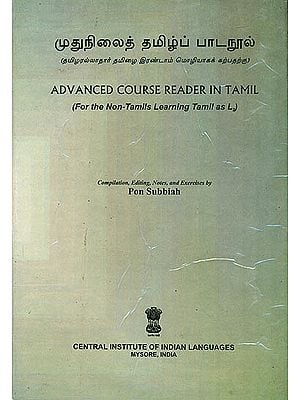