The Gupta Administration (An Old and Rare Book)

Dr. B.N.Puri’s work on the Gupta Administration is a masterly survey of the subject. It is based on original sources. Author’s vast knowledge of Sanskrit has helped him his work. The book embodies the lasted researches on the subject. The author has dealt exhaustively the position of the king in the Gupta period and also his ministers. He has written at length on Gupta bureaucracy. He has given a separate chapter on the provincial administration and the machinery at the various administrative levels. On the whole, the book is a welcome addition to the study of ancient Indian history and the author deserves all the credit.

Dr. Puri presided over the Ancient India Section of India n History Congress session in 1959. He presided over the South-East Asia Section of the All-India Oriental Conference in 1966. He presided over the Art Section of the Seminar on Jain Thought in Indian Culture in 1975. He was appointed a Member in 1980 and Vice-Chairman in 1983 on the Board of Editors of the UNESCO Project on History and Civilisations of Central Asia. He was elected a Fellow in 1981 and a Member of the Governing Body of the Indian Council of Historical Research in 1984. He was Professor Emeritus of Kurukshetra University from 1984 to 1988.

Dr. Puri has extensively travelled and lectured at various Universities in India and Europe. He has participated in International Conferences on the History of Central Asia during the Kushana period.

Dr.Puri is one of the leading historians of India. He has a large number of books his credit. The names of some of them are: India in the Time of Patanjali, History of the Gurjara-Pratiharas, India as Described by Early Greek Writers, India in Classical Greek Writings, India under the Kushanas, Kushana Bibliography, History of Indian Administration (in three volumes), Cities of Ancient India, Indian History, A Review, A Study of Indian History, Social, Cultural and Economic History of India, History of the Indian Freedom Movement, Buddhism in Central Asia, India and Cambodia, Essentials of Indian Culture, The Science of Archaeology, Indian History and Culture, The New India and the Past, Secularism in Indian Ethos, etc .etc. Besides these, Dr. Puri has contributed two articles to the Encyclopaedia Britanica. He has written more than 200 research papers/articles for various journals.

The works Dr. Puri bear the marks of sound scholarship, objective assessment and scientific approach. Those works have been very well received in the scholarly world. Dr. Puri has written his own Memoirs under the title “The Changing Horizon.”

The Sulakhani Devi Mahajan Trust, M/10, Lajpat Nagar-III, New Delhi was set up in July 1968 with the object of serving the people of India and the Trust has published a large number of books on politics, law, education, health etc.

It was under the chairmanship of Mr. Justice J. M. Shealt, then the Senior-Most Judge of the Supreme Court of India, that the Trust decided in 1972 to invite eminent persons distinguished in their particular fields to deliver addresses from time to time on subjects of their choice.. In order to give a good start to that programme, Mr. Justice Shelat personally invited Shri N.A. Palkhivala, an eminent lawyer and jurist of India, to deliver the first Sulakhani Devi Mahajna Memorial Lectures and he delivered the same on “Amending Power of Parliament of India” in December 1973. The Lecture was a grand success. Mr. Justice V.S. Deshpande (later on Chief Justice of the High Court of Delhi) delivered the second series of the Memorial Lectures in 1974 on “Judicial Review of Legislation”. Mr. Justice S. Rangarajan delivered the Memorial Lectures on “Structure and Legal Control Over Public Enterprises in India”. Dr. A. Appadorai gave three Lectures on “Domestic Roots of India’s Foreign policy”. In April 1979, Mr. Justice V. R. Krishna Iyer, an eminent Judge of the Supreme Court of India, delivered three Lectures on “Some Half-hidden Aspects of Indian Social Justice”. The second edition of these Lectures has been Published under the little: “Social Justice Sunset or Dawn”. Justice H. R. Khanna, formerly the Senior-most Judge of the Supreme Court of India, delivered three Lectures on “Making of India’s Constitution” and those Lectures were presided over by Justice M. Hidayatullah, Vice-President of India, Mr. Justice Y.V. Chandrachud, Chief Justice of India Shri P. Shiv Shankar, Union Minister of Law and Justice respectively. In December 1986, Prof. Upendra Baxi delivered three Lectures on “The Legal Profession in India”.

Dr. B. N. Puri delivered two Lectures on “The Gupta Administration” in October 1989 and those were presided over by Shri T. N. Chaturvedi, Comptroller and Auditor General of India and Prof. Satish Chardra, former Chairman, University Grants Commission, respectively. Those Lectures are now being published.

I am grateful to Prof. B. N. Puri for preparing and delivering the Lectures and Shri T. N. Chaturvedi and Prof. Satish Chandra for presiding over the two Lectures. 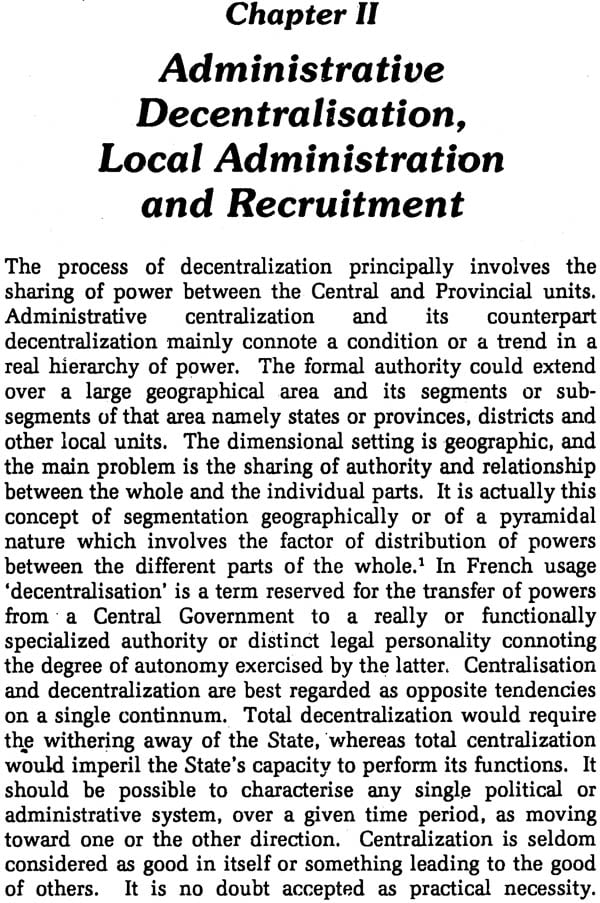 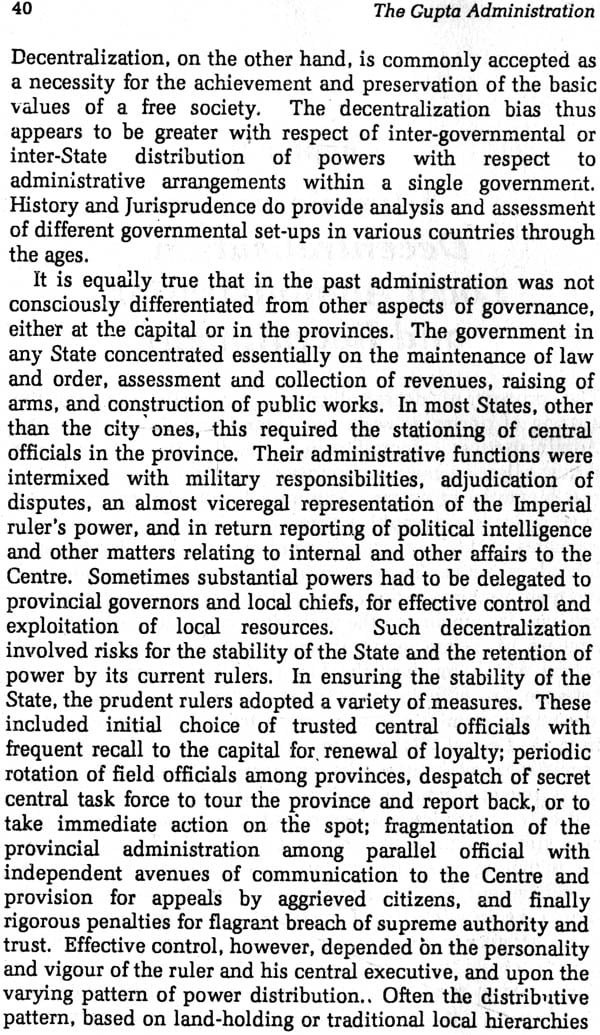 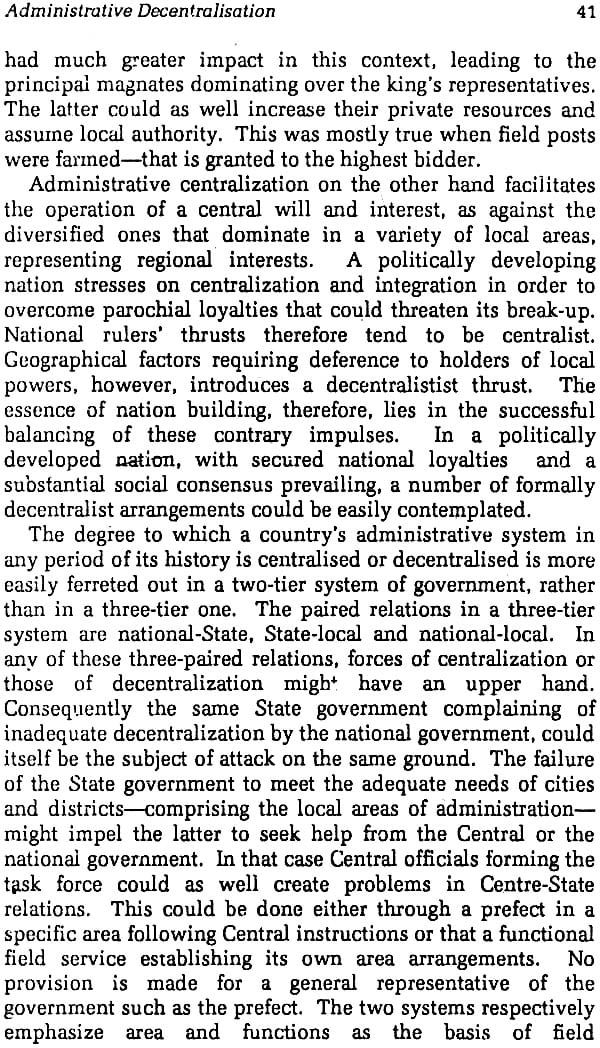 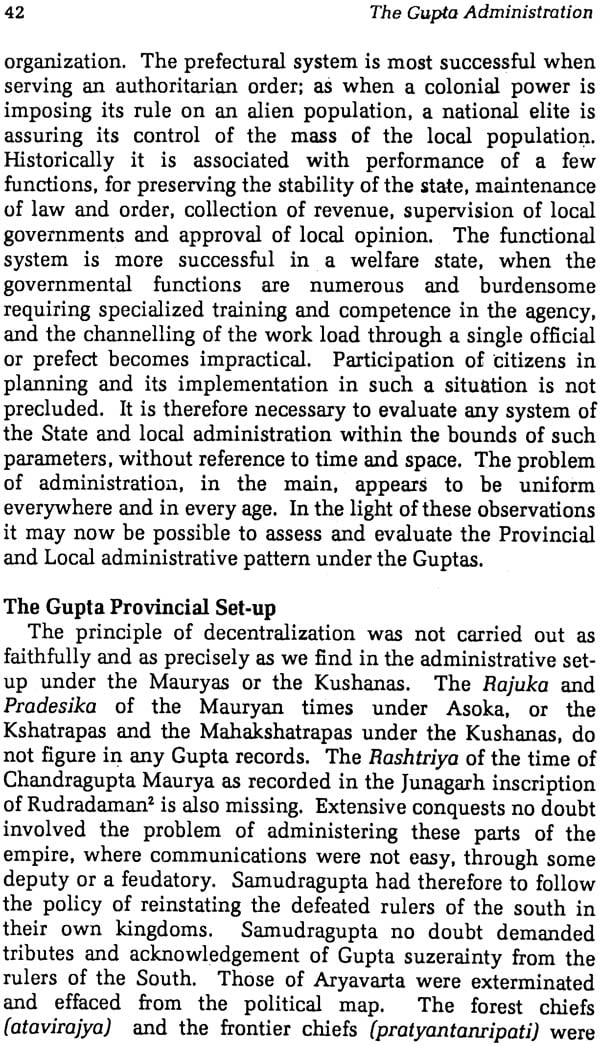 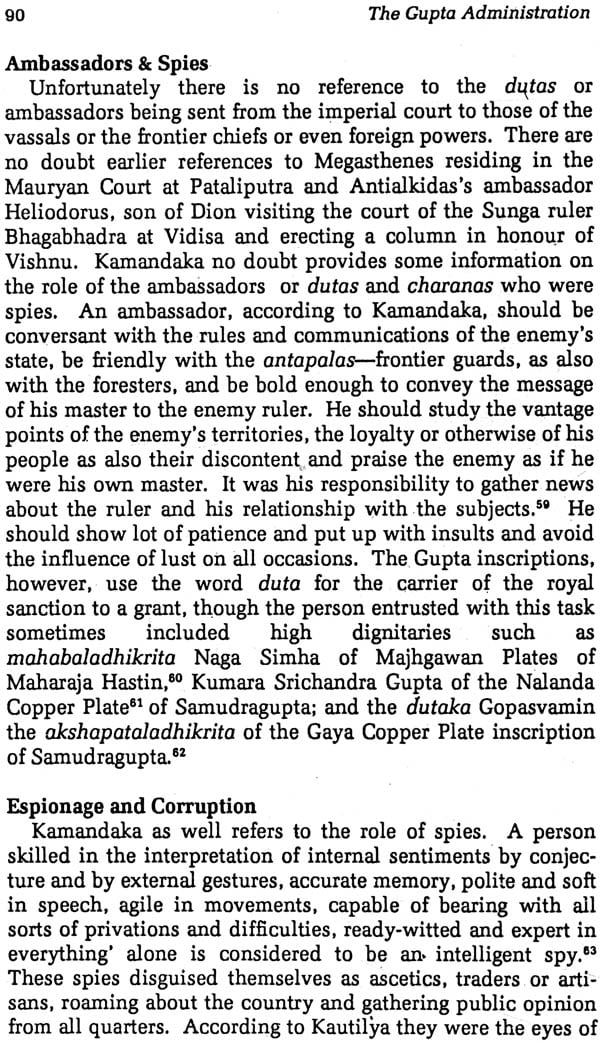 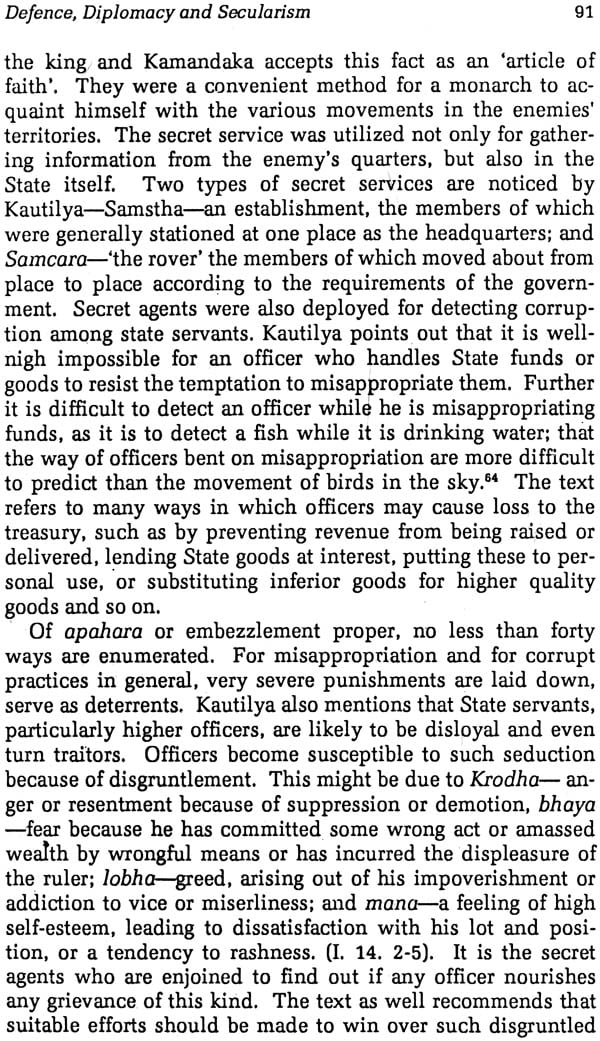 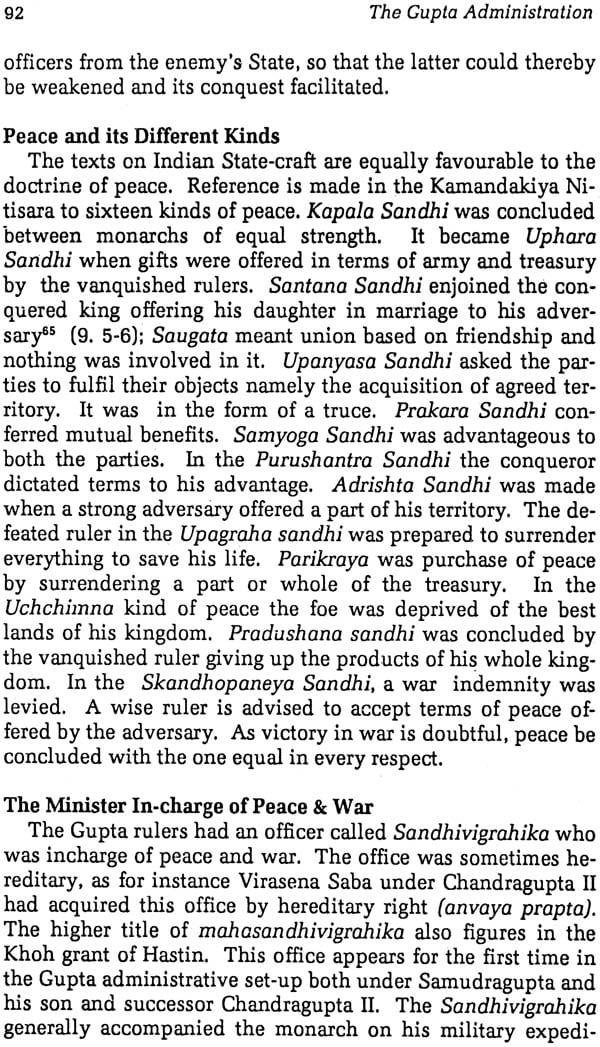 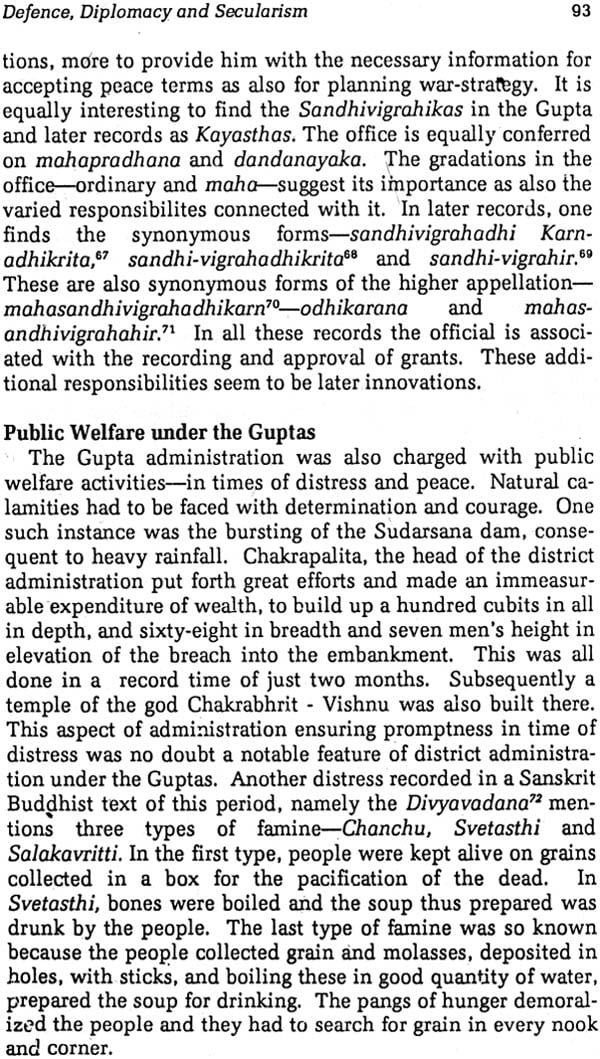 The Imperial Guptas and Their Times
By D.K. Ganguly
$29
FREE Delivery