An Hour With The Mahatma

He was that ordinary man who found the extraordinary within himself that made him what he became — a Mahatma. He had a single weapon; Ahimsa. And a single belief: Truth. Simple as all this may sound, Gandhi was not the easiest person to understand. He was often an enigma even to his closest relatives, friends and followers. Dr. Alok Bajpai's book An hour with the Mahatma is a fascinating psycho-sociological inquiry into Gandhi's life and work. Although Dr. Bajpai does not flinch from looking at Gandhi's faults and foibles, he concludes as most of us do that Gandhi was truly the Mahatma. —Shyam Benegal

It is said that one can't appreciate the ocean without entering it. One can't understand it's beauty and discern its mysteries without diving deep into its depths. The deeper one goes the more the ocean reveals of itself and it's on the sea bed that one finds the pearls. 'An Hour With The Mahatma' is an intimate dive into the psyche of a man who discovered his soul and made himself able to listen to the voice of his soul. This book makes us hear that voice too. Dr. Alok Bajpai is the pearl diver who dives into the unfathomed depths of the Mahatma's psyche and discovers the precious pearls which he presents to the reader. This is an invaluable textbook in the discovery of Mohandas who became a Mahatma. It is a must read for those who wish to learn about Mohandas and it is a must read for those who want to teach about the Mahatma. —Tushar Gandhi

Dr. Alok Bajpai is a Psychiatrist trained at NIMHANS (Bangalore), and after several stints abroad is now practicing in India as a general psychiatrist with special focus on children and adolescents. But his work extends much beyond psychiatry into fields as diverse as Physics, Cinema, Music, Literature, Teaching and Training. He is engaged in interdisciplinary research at IIT and has published Scientific Reports (Nature) exploring brain processes. His understanding of Gita has led to workshops — 'Whsat Krishna Meant' and 'Human Investment — Mahabharatalessons'. Alok's abiding engagement with Mahatma Gandhi has a lot to do with transformational process of mind to enhance inner harmony and peace. Gandhi for him is the tool to improve life skills, conflict resolution and compassion. He has icurated an interactive program 'An Hour With the Mahatma' and has taken it to lakhs of students in hundreds of schools across the country. He can be reached at alokbajp@gmail.com

What people understand is the true meaning of my word

Some write to liberate themselves, and some to share and unburden their suffering. For some, it is a passion, for others, a compulsion. But none of these were my reasons. I experienced an urge to write and my inner voice led me to put pen to paper. The end, if it happens, is still unknown.

The beginning as with the end comes from some energy source. In my case that source is Mohandas Gandhi. The preeminence of his ideas is demonstrated ever so often in the individual and public sphere.

Though Gandhi wished what he withstood in his life time be cremated with him, over 100 volumes of his writings have been preserved and innumerable books document his life, experiences and his philosophy. I revisited these texts after completion of my writing. A few ideas and words will give a sense of déjà vu for Gandhi is a part of our collective consciousness expressed through the personal hence the bibliography is a loose one, focused only on what he did.

This book is an expression of my deepest sentiments, language being the only means to voice the surge of emotions in my heart.

The initial sections reiterate his famed life, his vows and questions that people want to ask about Gandhi but have no authentic source. The latter chapters review his life at a deeper level in an attempt to draw attention to the psychosocial factors that dictated his actions.

The last few chapters are a critical examination of his philosophy, process and personality.

At no juncture, do I claim this to be a complete biography; it is but an effort to create an interactive biography in which facts answer fiction.

‘It is not work that kills; it is chaos, the friction of ideas in the mind that causes wear and tear.'

Very few people can equal the harmonization of thoughts as Gandhi did. 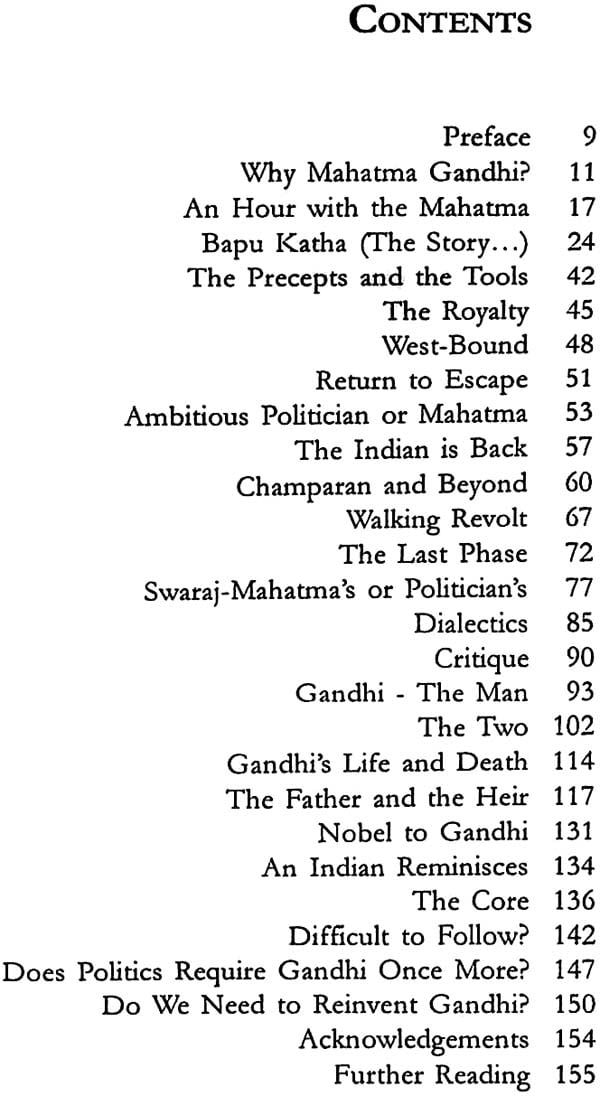 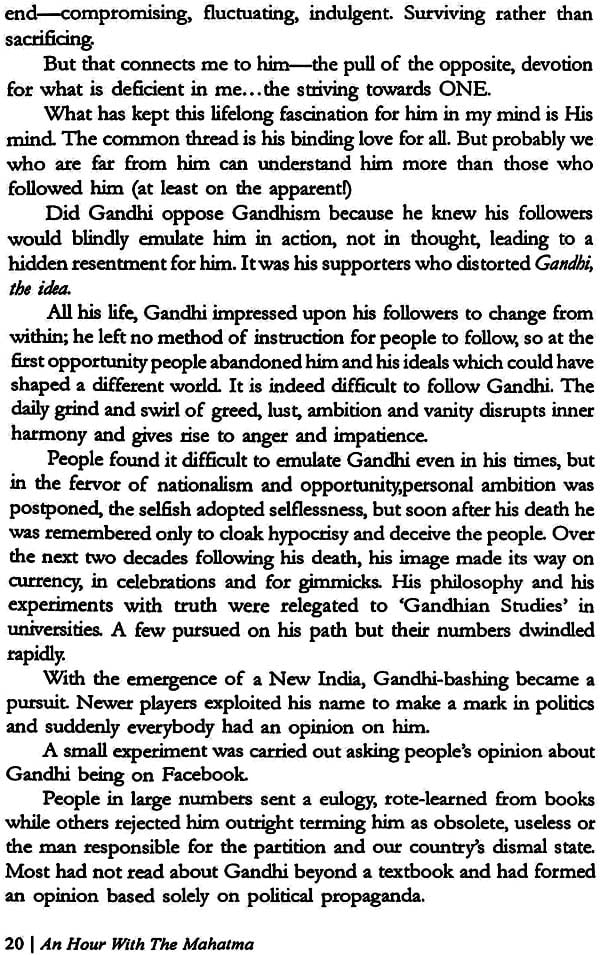 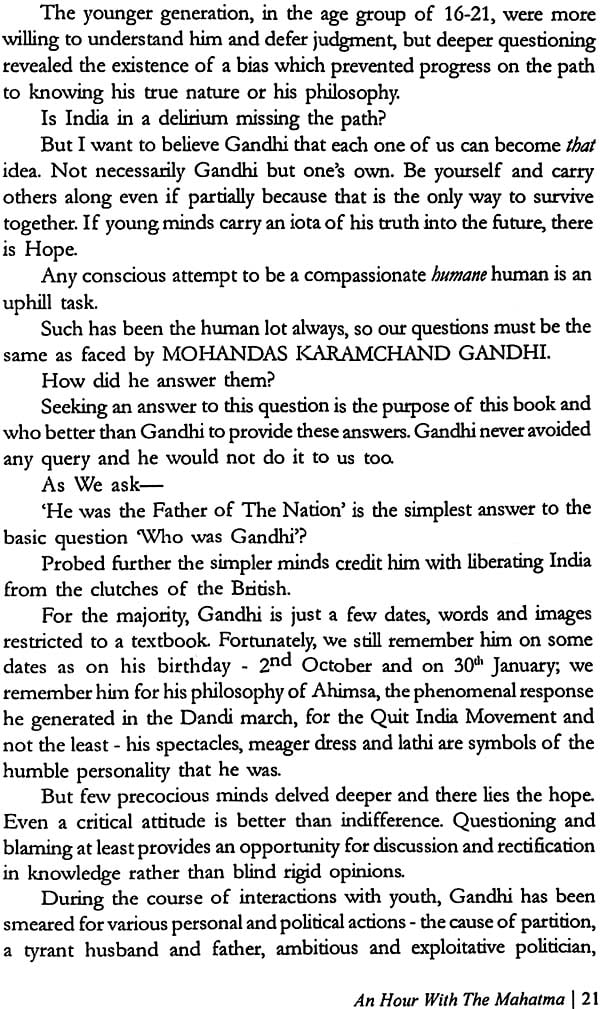 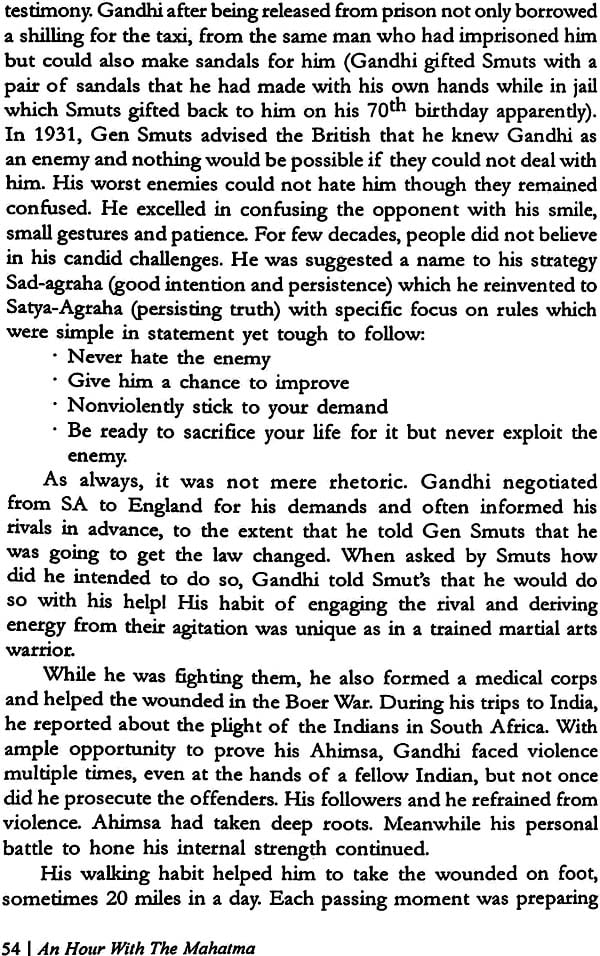 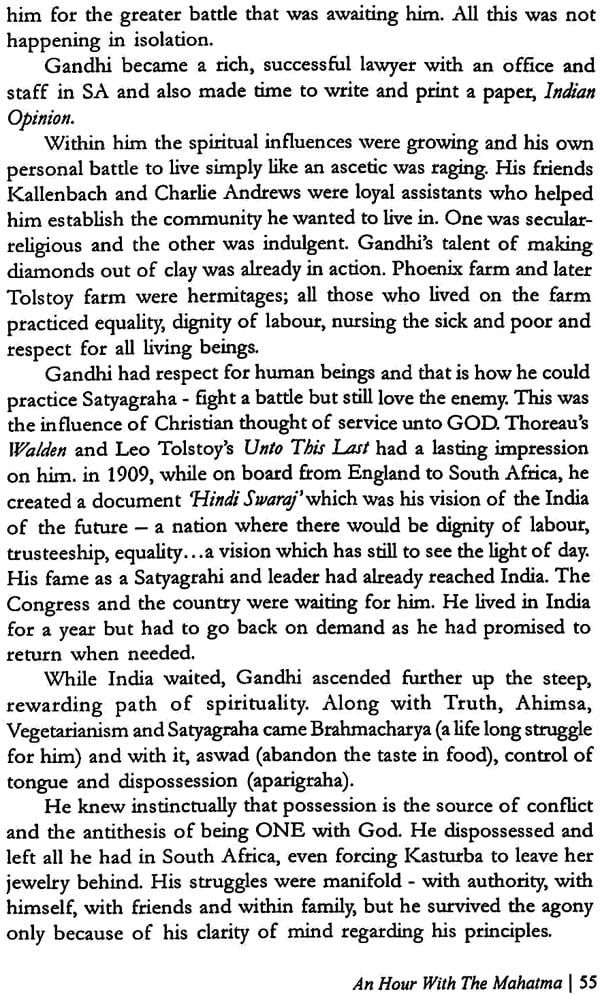 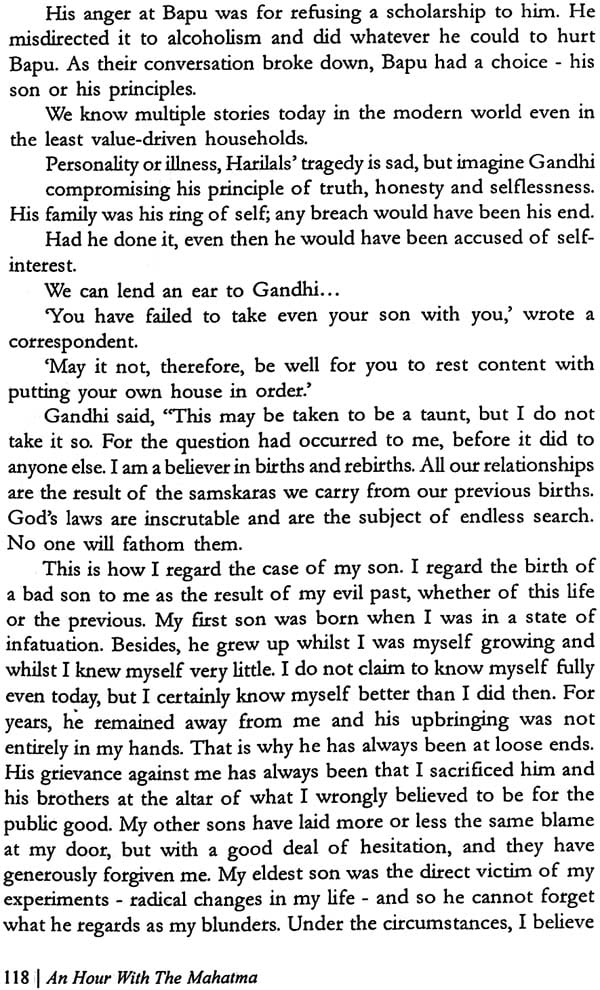 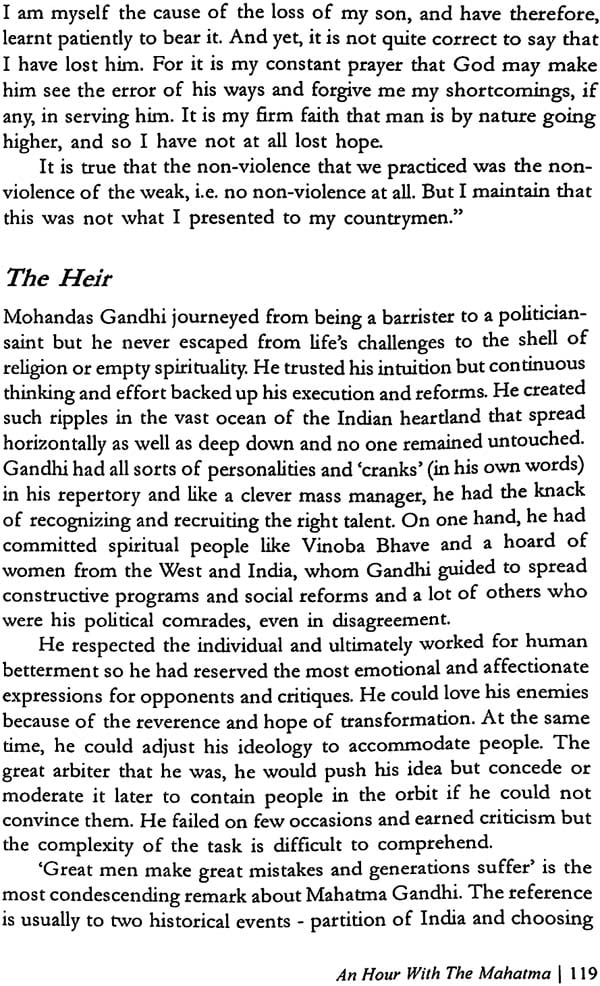 Why I Assassinated Mahatma Gandhi
By Nathuram Godse
$22
FREE Delivery From The Pages of The Hindu "Mahatma Gandhi" (The Last 200 Days)
By V.Ramamurthy
$49
FREE Delivery Mahatma Gandhi and His Assassin
By Koenraad Elst
$31
FREE Delivery