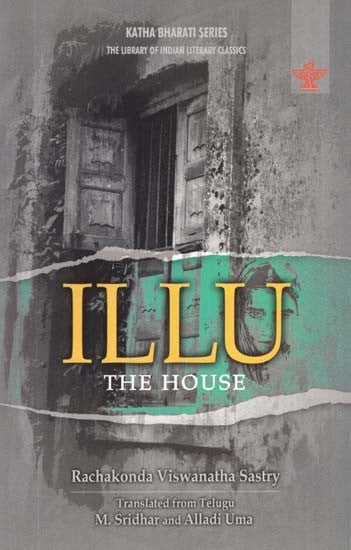 ILLU (The House) is about the materialistic house that people aspire to possess and hold on to. With telling irony and biting sarcasm Rachakonda Viswanatha Sastry brings home the point that the house is neither a home nor a heaven people imagine it to be. With a young widow as the main protagonist, he brings out the corruption of various institutions in society such as the family, the legal system etc., that are supposed to protect the interests of the common people.

Rachakonda Viswanatha Sastry (1922-1993), popularly known as Raavi Sastry, is a prolific writer of short stories and novels. Illu is the last of his novels. From his most well-known novel, Alpajeevi to Illu his concern has always been the underdog. A lawyer by profession, he fought relentlessly for the rights of the underprivileged. His use of the dialect takes him close to the people about whom he wrote. Wit, word-play, irony and sarcasm are his forte.

M. Sridhar (b.1962) and Alladi Uma (b.1952) teach English at the University of Hyderabad. They have been translating for many years and have published in all the genres. Their translations include Ayoni and Other Stories (Short Stories), Mohana! Oh Mohana! (Poems), Pandita Pararneswara Sastry's Will (Novel) and Untouchable Spring (Autobiographical Novel). Through their translations, research papers and editorial interventions, they have contributed in a major way to the spread of contemporary Telugu writing.

The project— `Katha Bharati' was conceptualized by CIIL as a major project—in collaboration with Sahitya Akademi, our National Academy of Letters—in order to bring out the best of our fictional writings (or `Katha') from major Indian languages into languages in the international arena—first into English, and then into five other important languages. As we look back at the history of these endeavours, some of which have come back as projects such as ILA (Indian Literature Abroad'), thanks to the efforts of the Ministry of Culture, these two apex bodies dealing with all Indian languages and literature, have devoted a lot of energy in ensuring that translation receives the right focus linking our languages among themselves, and also with the world outside. It is with this aim that the projects such as National Translation Mission (NTM) began at CIIL. There were similar aims in NBT's Adan-Pradan series of translations, or in the massive translation programmes taken up by the Akademi. The main thrust of the Katha Bharati project is to make available close to one hundred masterpieces, which we would like to call the contemporary classics (mostly fiction) originally written in different Indian languages to the international reading community. It was thought that the project would have both print and electronic versions, and will have the subtitle of "The Library of Indian Literary Classics".

Under the Katha Bharati series, we would like to present the English translation of Illu—The House', a powerful narrative originally written in Telugu written by Raavi Sastry (1922-1993), a master craftsman of Telugu prose-writings, who published over 60 short stories in six volumes, and several novels. Known for his inimitable prose-style, Sastry always supported the cause of the downtrodden and the marginalized communities.

In fact, from the first major Telugu novel titled Rajasekhara Charitram (1878) penned by the thinker and social reformer, K. Veeresalingam Pantulu, who showed the decay of the feudal society and argued for cultural reform, to the other milestones of that era such as Chilakamarti Lakshminarasimham's Ramachandra Vijayam or in his Ganapati, these were mostly about the middle-class Brahmin society and how they were coping with socio-economic change. These were followed by romantic and historical novels which were quite a contrast, until U. Lakshminarayana's Maalapalli (The Untouchables' Village) was published. The last novel—written in colloquial style—is often compared with Tolstoy's War and Peace, depicting the people in the Guntur District of Andhra Pradesh at that period. The romantics such as Viswanatha Satyanarayana, Chalam, and Bapiraju dominated the prose-scene later until K. Kutumba Rao's Chaduvu (Teaching) appeared focusing on Gandhiji's non-co-operation movement and economic depression leading to disillusionment about the Western education. By early '40s, there was a wave of translated novels from other Indian languages, until Rachakonda Viswanatha Sastry appeared with his AlpaJeevi (The Little Man), and authors such as Buchi Babu came with more complex fictions such as Chivaraku Migiledi (What remains at the end). The novel Illu (The House) comes to us in this context.

This work has been an extremely sensitive translation done into English by M. Sridhar and Alladi Uma. They have been translating together for many years and have published through Sahitya Akademi and other leading publishing houses. We believe they have done great justice to the original text to bring this major work to the wider reading public. We are happy to introduce this work to the international audience.

Understatement, Exaggeration, Irony, Sarcasm, Wit, Word play..., That's Raavi Sastry, for you! achakonda Viswanatha Sastry (1922-93), more popularly own as Raavi Sastry, is a prolific writer of short stories and novels. To say he is a man of the people will be an understatement. He is concerned with the ordinary man and many of his novels and stories are illustrative of these concerns. Friend of the underdog, his short stories and novels took the life of the poor, the so-called criminals, thieves and robbers as their main focus. He has a keen insight into the problems of society. From his most well-known novel Alpajeevi (The Ordinary Man) to GovulostunnayiJagratta (Beware! The Cows are Coming) to Illu (The House), his concern has been the ordinary man and his exploitation. It was this that made him a lawyer and a writer too. One of his plays, Nijam (The Truth) is supposed to have brought about change in the law relating to rape, where the onus of proof of innocence is on the accused. One always attributes to the lawyer the ability to use facts, to argue out a case convincingly. So too with Raavi Sastry, the writer. He weaves his details and arguments with conviction and allows the readers to make their own readings. Irony, sarcasm and wit are his forte as is wordplay. His use of the Visakhapatnam dialect, especially the language of the lower rungs of the society adds to his powerful depiction of the characters and the theme. Although much of the dialect and wordplay gets lost in translation, our attempt has been to try and get the feel of it. How far we have been successful is left to the readers to judge.

Our interest in Raavi Sastry began with a short story-poem that we translated many years ago—"Viluvalu" (Values). It is about the "value" society "pays" women whose bodies are exploited for the sake of momentary pleasure. He says, "In this commercial age, in the market without prices, one night, the value of that priceless thing, is a rupee and a half" (98). This remonstration against commercialisation and commodification of human beings becomes the subject matter of his works. Illu (The House) is no exception.

The house is not necessarily a home, a haven (In Telugu the word illu refers to both house and home. What Raavi Sastry describes here is the materialistic house that we hanker after. So it has been natural enough for us to translate it as The House.) Raavi Sastry brings this idea across with a brutal irony that makes us laugh, cry and contemplate at the same time. The plot appears simple enough. A young widow with some property becomes the target of manipulations of avaricious men. While delineating the materialistic exploitation, Raavi Sastry also exposes the society for what it is—men who exploit the sexual vulnerability of women, men who are hypocritical, policemen, lawyers and politicians who are corrupt, doctors who are no longer in the service of humanity but covet wealth, law and justice which can be manipulated by the rich and the powerful, etc. If there are a few who still have an iota of humanity in them, it is, to name one instance, the lower class woman who had lent money to the protagonist, Chittemma and who waives the huge interest on the loan. While we are able to discern Raavi Sastry's empathy with the "left" movement, he is also critical of romanticising the Naxalite movement.

One cannot miss out on the resonances of Sri Sri, one of the most important voices in Telugu literature of the twentieth century. Sri Sri was a people's poet in that he wrote against the exploitative system and called for an end to a class based society. Like Sri Sri, Raavi Sastry was actively associated with Virasam (Revolutionary Writers' Association). Introducing Manoharam, who resembles a modern real estate shark, Raavi Sastry says that unlike Gavarraju, who is not literate or suave, Manoharam is well-read. He has of course read Mahaprasthanam (The Ultimate Journey), Sri Sri's magnum opus. But he knows that the revolution "that drives men forward" and "shakes off deep slumber" (in the words of Sri Sri) is of no consequence to him. What drives Manoharam is money and money alone. This is just one instance of Raavi Sastry's borrowing from Sri Sri.

It is always difficult to translate a write like Raavi Sastry, especially because of his use of dialect. This text becomes all the more difficult because he attacks the various sects of Brahmins. We wondered whether we should go into the details of these sects or let his introductory note give us some clue to speak to the readers. We felt that although we may not get all the nuances of the animosities between the various sects, we do not lose out much, as the irony still comes through. In keeping with our usual practice of giving minimal footnotes, we have let the text and context speak to us.

As translators interested in and empathetic to the gender issue, we must place on record the unease, and sometimes anger, we felt in the way Raavi Sastry represents women and the abuses his characters use which are primarily directed towards women. It may be argued that he was doing so to give us a "realistic" picture of the way men see women (as sensuous beings), use women and talk about women. But should this be to such a degree that it could hurt our sensibility?

We have to thank Professor B. Ramabrahmam and Dr. P. Ramulu of the Telugu Department, University of Hyderabad who helped us out with some expressions which were not easily discernible. How do we thank Nagarajangaru who has typed this manuscript with interest and enthusiasm? We also thank CIIL, Mysore and the Sahitya Akademi for giving us this opportunity to translate a challenging writer like Rachakonda Viswanatha Sastry. 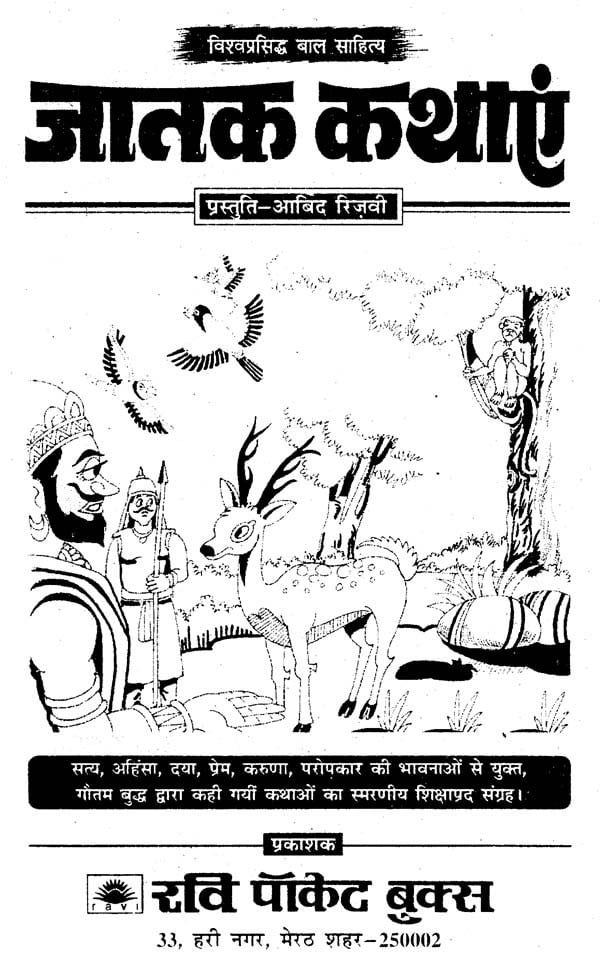 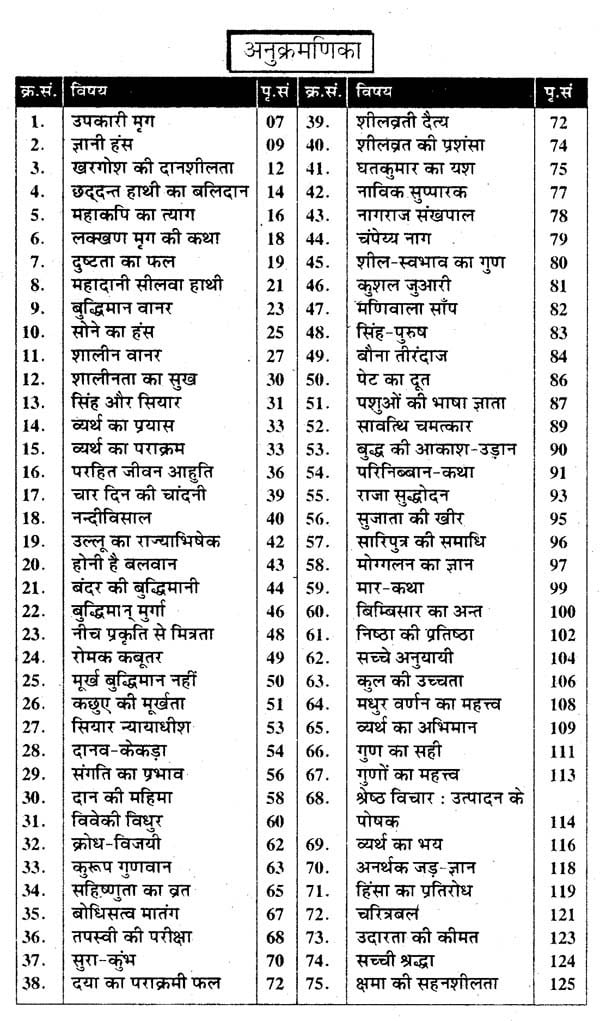 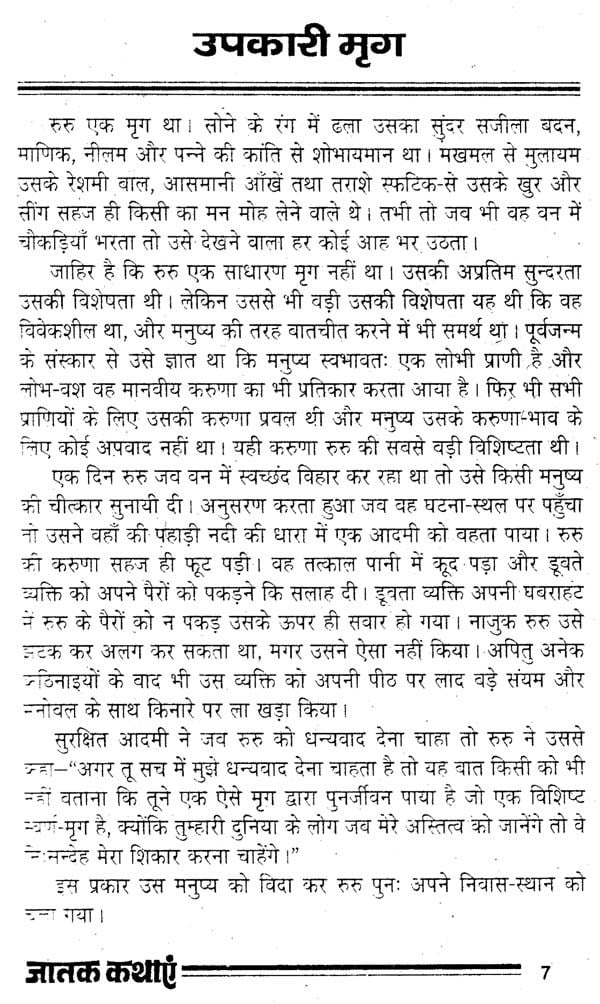 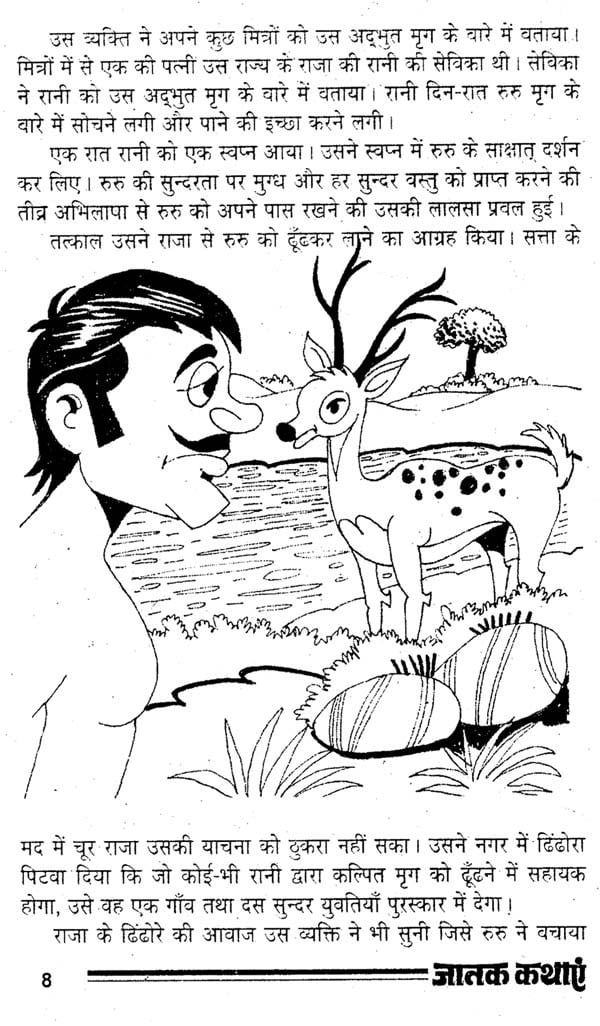 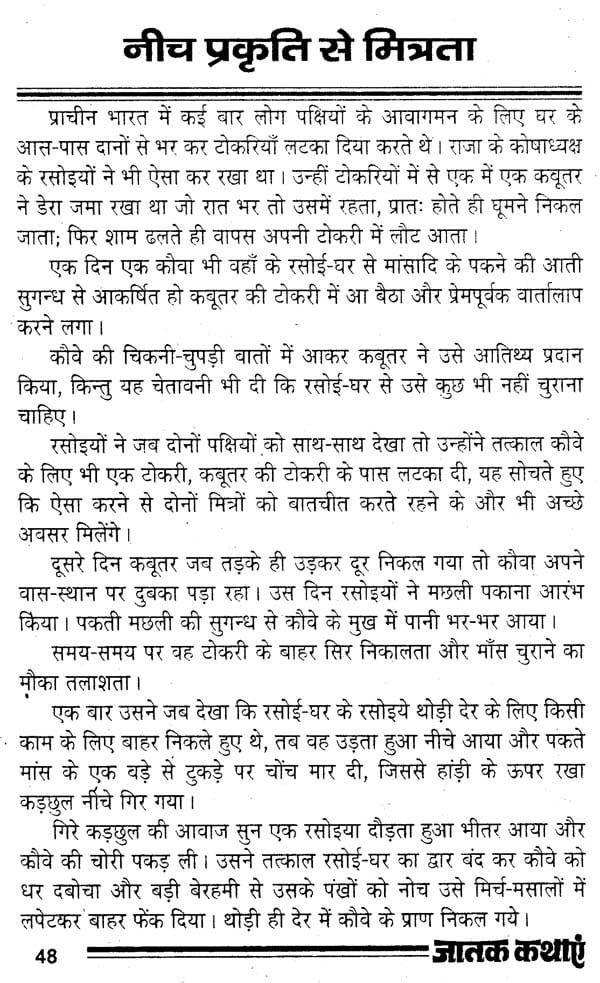 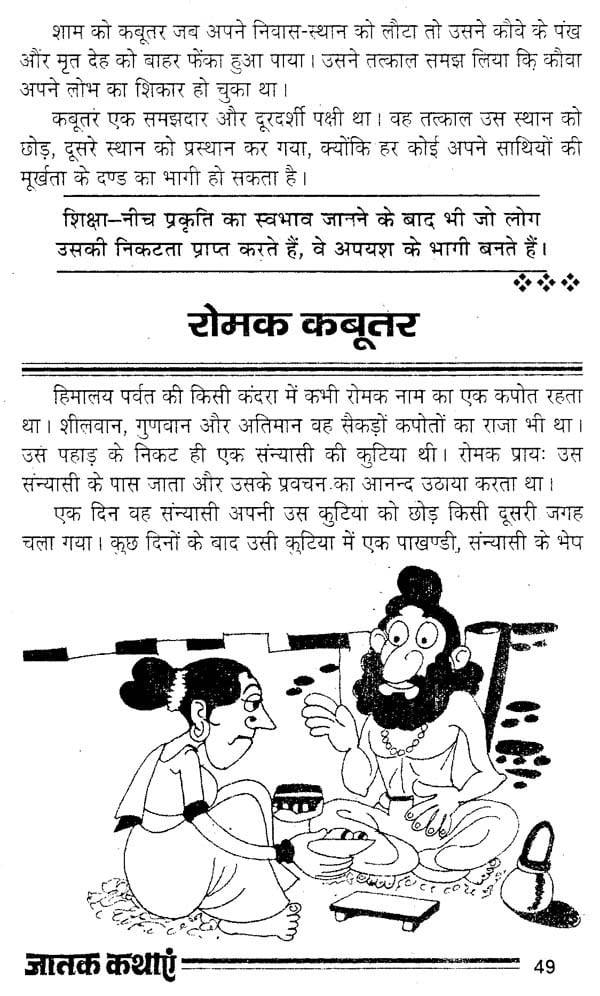