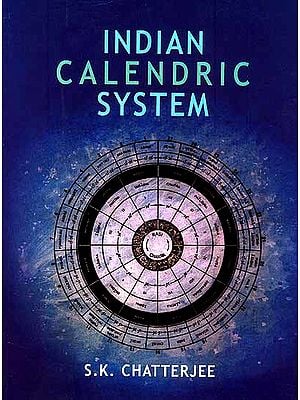 $16.50
Notify me when this item is available
Save to Wishlist Send as E-card Share by Email
About the Book:

The book speaks of astronomical principles of the working of Indian Calendric System which has been influencing the socio-religious life of Indian people for more than a millennium and a half. The author has attempted to devise a commonly accepted Indian calendar and also to standardize different panchang practices followed in the country. The book will also be useful to understand the intricacies of various regional Indian calendars.

The author, Commodore S. K. Chatterjee (Retd.), has been studying calendars and calendric astronomy for a long time. He has been associated with the Indian National Science Academy, New Delhi, in carrying out research in this field for the last twenty-five years. He has published about twenty five papers on the subject.

There have been several requests from calendric astronomers in India as well as from those in foreign countries to inform them of any publication which give briefly in a clear manner the working of the Indian calendric system including the astronomical principles on which it is based, and also the method generally followed for fixing the date and time for celebrating the traditional festivals.

It is difficult to find any publication, which gives all the required information in a systematic and scientific manner. The information needed is somewhat scattered, and is not readily available in a simple and compact form for easy understanding. This book is intended to meet to some extent this requirement. It explains briefly with the help of diagrams and tables the astronomical principles of the working of the Indian calendric system, which has been guiding the religious and social life of the Indian people for more than a millennium and a half. It also contains a few examples indicating the principles generally followed for determining the date and time for celebrating the festivals and anniversaries for the purpose of giving a broad idea of the method and practice involved in fixing such dates. This book incidentally deals with matters that concern calendar proper, and not with all panchang items which some persons presume are encompassed by the term calendar.

It is hoped that this book will be useful in understanding the astronomical basis as well as the working principles of our traditional calendric system. It should also be helpful to appreciate the necessity to standardize the different conventions followed in different regions so as to bring about the much desired uniformity in our calendric system, and also the need for the old school panchang makers who are still using our-to-date inaccurate method for calculating astronomical items of panchang, to adopt the correct modern method which is based on the positions of luminaries that tally with their observed positions in the sky.

I am grateful to Prof. J. C. Bhattacharyya, Former Director, Indian Institute of Astrophysics; and Prof. A. K. Chakravarty , former Professor of Mathematics, , Mahishadal Raj College for kindly perusing the draft, and making some suggestions.

It is gratifying to find that Publications Division of the Government of India is publishing 2nd edition of this book. This indicates that this book has aroused interest in the minds of the people to understand the scientific basis of our traditional calendric system which bas been regulating our social and religious life from a very long time. Further, it is very gladdening to note that the Government has eventually accepted the long pending proposal to introduce a uniform all-India nirayana solar calendar to be used by panchang makers and others of all regions in place of divergent regional solar calendars in use, and this introduced calendar happens to be very nearly the same as was proposed in the book. The only variation made was that during leap years Phalguna will have 31 days instead of Chaitra. The background history of activities leading to the eventual acceptance and introduction of this all-India solar calendar by the Government has been described briefly in this edition.

The printing and other errors that have been noticed in the 1st edition have been corrected. It is hoped that this book will continue to be of general interest and particularly it will remain useful to panchang makers, panchang pandits, and young calendric astronomers.

The knowledge and measurement of time is a fundamental parameter required for all human activities. From time immemorial man has devised various ingenious methods to reckon time. For measuring time, some precise and standard yardstick is required and the most obvious choice for such a yardstick could not be better than the rhythmic natural motion of the Sun, Moon, Earth and planets. Our Sun is the governor of the solar system; all the planets revolve around it. The Earth revolves around the Sun, the time it takes to go once around the Sun, provides a very precise and convenient measure of time - known as one Solar year. The time taken for the Earth to rotate on its own axis is considered as one Solar day or simply one day. Similarly, our Moon revolves around the Earth; this periodic motion marks one Lunar month. The tilt of the Earth's observations of the movement of celestial objects and from these observations they developed time reckoning techniques and calendars. Ancient societies needed to know the time and period for sowing and harvesting of the crops time for various festivals and rituals etc., thus emerged the concept of time keeping and the calendar. It was most natural for the early man to look up towards the sky and study the movement of the celestial objects, especially the Sun, Moon, and the planets.

To understand the motions of the Moon and planets is easy and straightforward, but to comprehend the combined effect of the various movements of celestial bodies becomes rather complicated. For example, due to elliptical orbit of the Earth around the Sun, the rate at which the Earth goes around the Sun is not constant. During the summer months of 'June-July (in Northern Hemisphere), the Earth travels slower as compared to, during the winter months of December - January. The tilt of Earth's axis further complicates the matter. The Earth's axis 'precesses' in space, thus its north end, now pointing very nearly towards the Pole star (Dhruva tara), will not be doing so after a period of time, owing to continuous and slow change of this direction caused by this precession. This processional motion complicates reckoning of position of celestial objects in the sky, because the 'zero' point for measuring the longitude of objects itself changes. Astronomy has provided precise measurements of all these motions and positions of celestial objects in the sky, which helped to measure time and develop calendar etc. However, to explain these complicated phenomena and intricacies of various calendars, requires considerable skill an understanding.

Commodore S. K. Chatterjee, the author of this book has done a commendable job to lucidly describe the intricacies of various regional Indian calendars. It was quite natural for highly developed ancient societies like India, to have their own regional time reckoning methods and calendars. Thus several regional calendars emerged in our country. After India's independence and integration of the whole country and improvement of communications, it was felt that India should have one single Indian calendar instead of so many regional calendars. For this purpose Pandit Jawaharlal Nehru, our first Prime Minister, constituted a high power Calendar Reform Committee under the eminent scientist- Professor M. N. Saha. This Committee recommended a National Calendar, which was officially adopted by the Indian Government. However, due to several reasons this National Calendar is not being widely accepted Indian calendar and also to standardize different practices followed in our calendric system are indeed commendable. His wide experience and study of Indian Calendric science, which he has elucidated in this book, is indeed a very god attempt. I congratulate him to bring out a comprehensive book on the Indian Calendric System in English language. I am sure that this book will be very useful for those who want to understand the intricacies of Indian calendar. 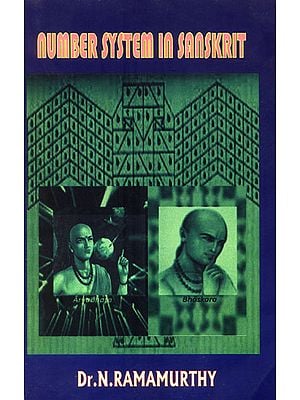 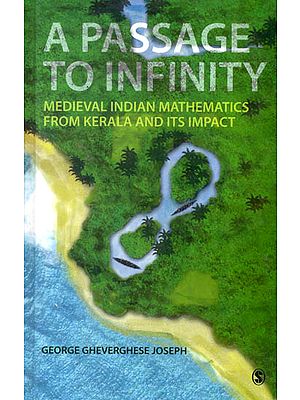 A Passage To Infinity (Medieval Indian Mathematics from Kerala and its Impact)
9.0 inch X 6.0 inch
$43.00

The Time Keepers Of The Vedas (History Of The Calendar Of The Vedic Period, From Rgveda To Vedanga Jyotisa)
9.0 inch x 6.5 inch
$43.00