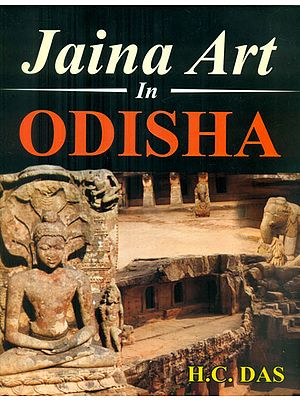 $175.00
Notify me when this item is available
Save to Wishlist Send as E-card Share by Email
About the Book
Jainism, one of the earliest religious movements of India, had greatly influenced the religious and moral ideals and actively acted as a catalytic factor in transforming the prevalent socio cultural order of the society. Based on the cardinal principles of Kindness, humanity and equality [animism had built up a solid background in literature, philosophy, art, iconography, as well as in social and educational systems. This liberal religion attracted all classes of people irrespective of castes and creed. The vast magnitude of art and architecture built up during a span of about 2000 years had not only enriched the art heritage of India but introduced a series of gestures and postures of the icons as the guideline to the adherents.

Although the engraving of the icons did not continue after 11 th-12th century A. D. mainly due to lack of royal patronage.

The faith still continues as a living religion in different communities of the country. The wealthy Jaina merchants came forward to keep alive the faith as well as the art tradition.

The treatise "Jaina Art in Odisha" presents lucidly the Jaina icons and architecture that enveloped and developed in the state from the time of the Aira Monarch Mahameghavahana Kharavela in the 1- century B.C. till about 11th-12th century A.D. The Jaina cultural art of different evolutionary phases and the bronzes with exquisite workmanship speak of the rich art heritage of the state. The art specimens incorporated in this book have been brought to light mainly through field survey and exploration.

The Jaina Art is not an isolated phenomenon. It flourished simultaneously with other forms of art maintaining close liaison and interaction, despite the sectarian rivalry, jealously and intolerance. But one thing is clear that all forms of sculptural art, irrespective of pantheons, were carved out by the sculptors of similar schools.

This book is a type by itself as it specifically deals with the orthodox Jaina Art in a chronological sequence. It is hoped this work will be of great use to the archaeologists, historians, art historians, the Jainas themselves, the research scholars and the interested readers at large.

After retirement also he took up a special scheme to study the tribals and the forests. He along with two research scholars explored in details the interaction of Langia Souras and Buddha Souras and Katie Kondhas and edited jointly a stupendous volume published by the Universe, Cuttack.

When he became the Head of the Museums, he busied himself with mostly in administrative affairs. Under the influence of the archaeologist Padmashree Paramananda Acharya, historian, K.N. Mohapatra and epigraphist Padmashree S.N. Raj guru he switched over to history and archaeology.

Having good knowledge and wide experience, he surveyed almost all important archaeological and historical sites of the state and outside the state as well. As a musicologist he played a vital role in museum movement of India. Being a founder Secretary of the Odisha Institute of Maritime and South East Asian Studies, he travelled to important ancient port sites of Odisha, West Bengal and Andhra Pradesh.

His immense contribution to the scholarly field lies in publication of a number of books on Tourism, Religion, History, Martial Tradition, Tribal Culture, Art and Architecture, Music etc., and a number of edited volumes on different subjects. He acted as one of the editors of the Odisha Historical Research Journal. He played an important role in editing of the district wise Cultural Heritage of Odisha in 14 volumes till date. Seven scholars. in history including an Italian one have been awarded Ph.D. degree under his guidance and supervision. List of his published and edited books is in this volume itself. At present he is engaged in editing the Cultural Volume of other districts of Odisha and Erotic Art of India as well.

Preface
The present state of Odisha in the coastal belt of South-eastern India, which formed a part of the ancient Odra - Utkala - Kosala - Kalinga has been identified as the land of excellence of art, where all forms of art developed and nurtured under royal patronage and popular support. Its history of art starts from the prehistoric period and continues to the present day, some attaining the highest watermark of glory. Its art and architecture, produced by the Kalingan School of Artists, are superb and astonishing. Its commanding geographical position with the long sea-coast on the southern part, intersected by navigable rivers, the hill ranges in the north and north-west with dense forests providing natural bounty, the vast expanse of fertile alluvial soil, continuance of strong monarchy successively till 1568, sound economic strength, nourishment of the mainspring of the Indian religions, folk and traits with Sri Jagannath at the apex, create I.e. surge do the people, etc., were responsible in development, nourishment and sustenance of art and culture in unalloyed forms. This sacred land embraced all the cultural waves of the north, south and central India and shaped what were good in them into its own furnace maintaining its unique identity. Its art, culture, religions were diffused not only to other parts of India but also to south and south-east Asian countries with which it had been maintaining the cultural and commercial link for centuries. The archaeological remains in those countries bespeak cultural influence of Kalinga in ancient and medieval times.

Art is one of the most important aspects of culture which delineates with exactitude the progress or decadence of human civilization. The emotions and sentiments, ethos and mores, aesthetic sensibility and religious perceptions are clearly reflected through the specimens of art and architecture. This aspect is essential in understanding the pas! civilizations, when written records were yet to evolve.

Despite its incredible diversity, Indian art and culture are bound in a unity that stretches way back into unwritten history. There is hardly a thought in philosophy, religion, science, and arts in which one will not find a grain in India. All through the ages in its long history, India's art, culture and all their traits have been continuously evolving and developing, shaped by its varied experiences within itself. In the real sense, it has not hesitated to adopt and adapt and assimilate new thoughts and ideas. However, the rigid and orthodox the Indian system might seem, much of its strength lies in its flexibility.

In the art illustration and appreciation, beauty, and pleasure are universal criteria, particularly in its decorative aspect. Because decorative art is rapagaia (related to form) and creates beauty (Shobha) in an object which itself is inherent in human nature and it persists from the ancient times to the present day. It played a dominant role in the primitive art and still continues in the present day. The decorative art owing to its applied dimensions is subject to change from period to period and culture to culture in matters of refinement, delicacy, exuberance, expressiveness, experience, ideology and mode of manifestation. It is more artistic, aesthetic, and auspicious than religious and moral. The free will and intention of the artist is expressed in it. In the canonical art the artist seldom finds freedom and opportunity to go beyond the rules. Despite the restrictions, decoration or embellishment of the cult-images is an integral part of the whole composition. Devoid of decoration the image fails to beam forth elegance, nuance required to reveal the specified rasa. Thus, religious perception, rasas or sentiments and decoration or embellishment of art of any form in all situations are the bases in art presentation or appreciation, particularly in the Indian sub-continent. The multi-faceted arts of Odisha are to be assessed from these angles, quantitatively and qualitatively.

Based primarily on the canonical prescriptions the Jaina art has greatly enriched the art heritage of India. The specimens of this religious art, mostly in scriptural form and occasionally in paintings, reflect the emotions and sentiments of strict discipline and deep austerity of the Tirthankaras, Sasanadevis, Vidyadevis etc., attracting the attention of the followers and the general mass. The decorative aspect of the images exuberantly relate to the ingenious creation of the artists. This aspect changing from generation to generation of the artists is marked for clear expressiveness, spiritual sensibilities and nuances keeping in view to the emotions and sentiments of the pursuers.

In the sacred land of Odisha the orthodox Jaina religion spread from the time of the Nandas who preceded the Mauryas in about fourth century B.C. in North India. The Kalingan emperor Mahameghavahana Kharavela in the 1st century B.C. championed the cause of Jainism, made it the state religion and spearheaded the Jaina Art heritage in onto relieve in the cave temples of Khandagiri and Udayagiri hills at Bhubaneswar. The art form delineated in the caves. in narrative forms introduced by the Sungas of Magadha depict mostly interesting scenes connected decoratively with the Jaina monarch in war processions, return of the victorious monarch and his army along with the hunting scene, flora and fauna of the time particularly in the Rangumpha. The interesting scenes in the Anantagurnpha of Khandagiri hill are religious in character exhibiting the Gajalaxmi, Sun, Moon, tree-worship, serpent-worship etc., are the earliest depiction in the history of sculptural art.

In the Khandagiri hills the sculptural art in depiction of different scenes including the 24 Tirthankaras and Sasana Devis, continued till about the Somavmsi period in free standing three dimensional forms. Deprived of royal patronage the wealthy merchants of the [aina communities contributed profusely for the flourishing Jaina art keeping in view to the rich art tradition of Odisha.

In some pockets of the state, the petty Rajas and Zamindars lavishly patronized the Jaina art, the specimens of which are to be found in large. numbers particularly in the undivided Koraput and Keonjhar districts. 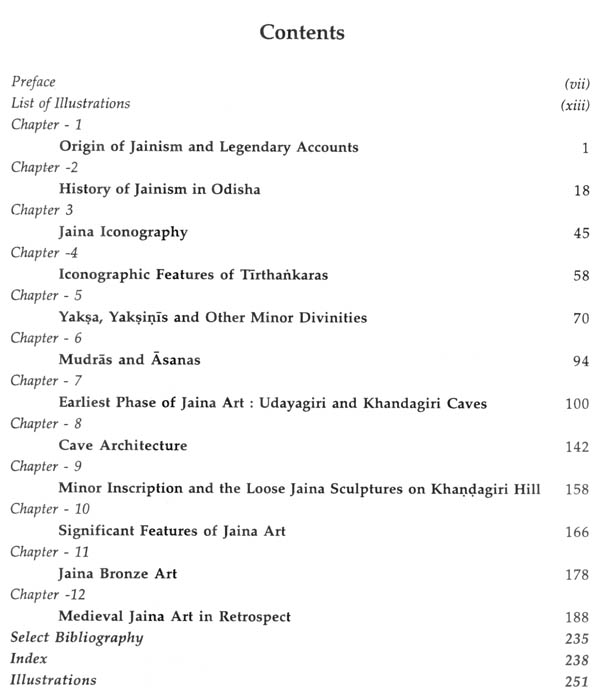 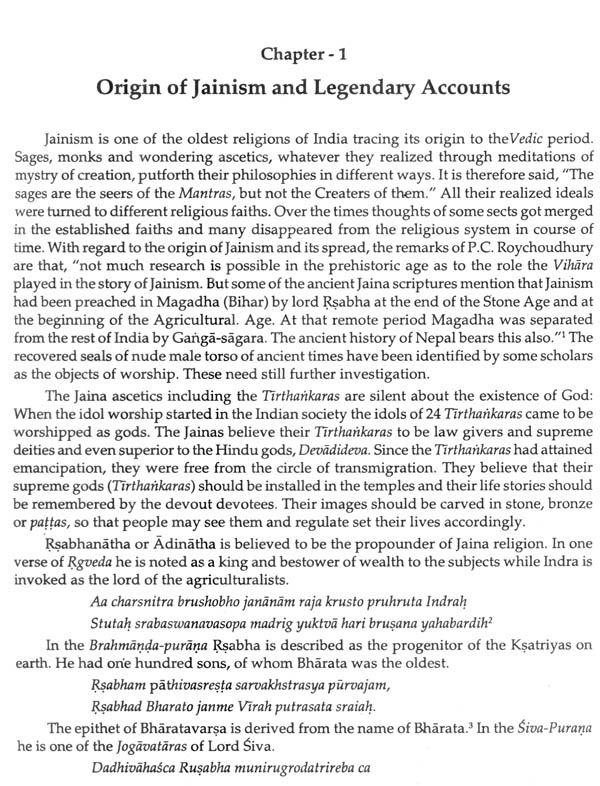 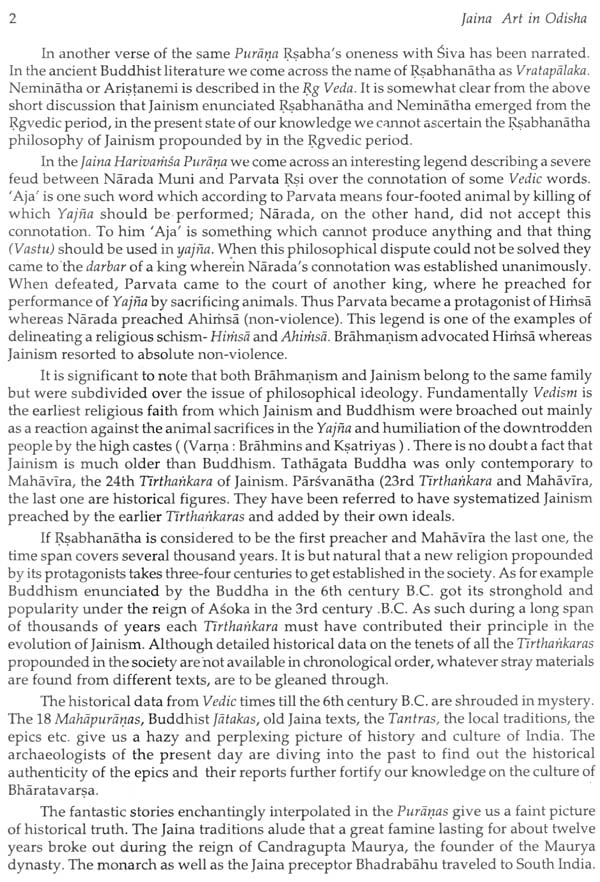 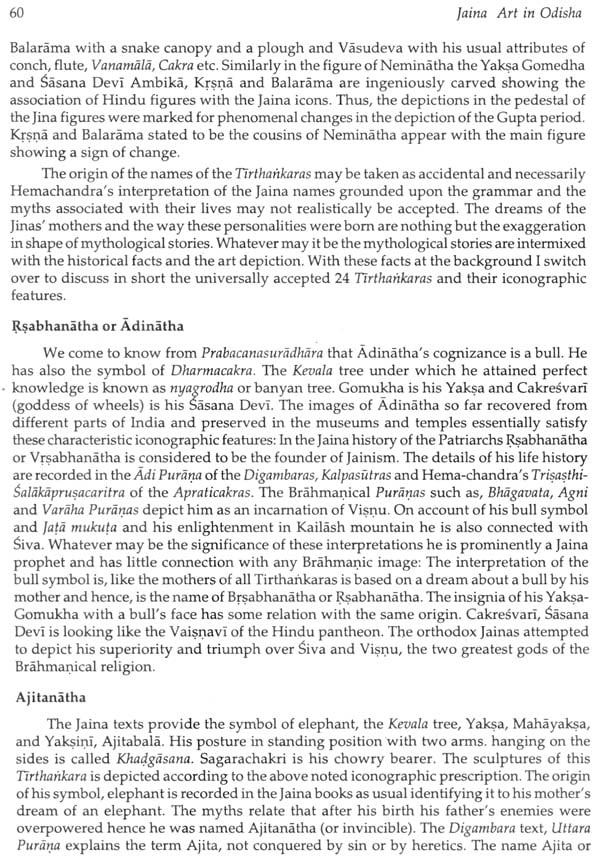 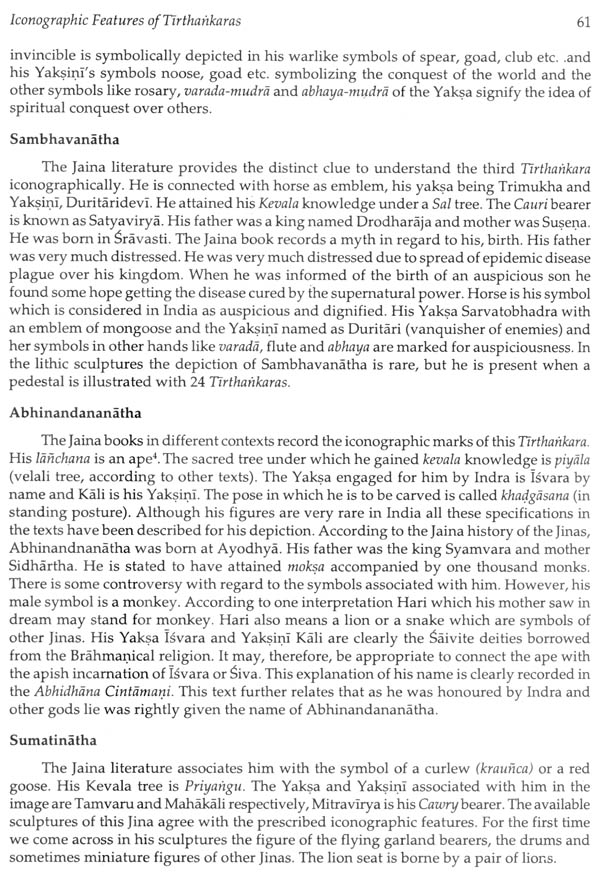 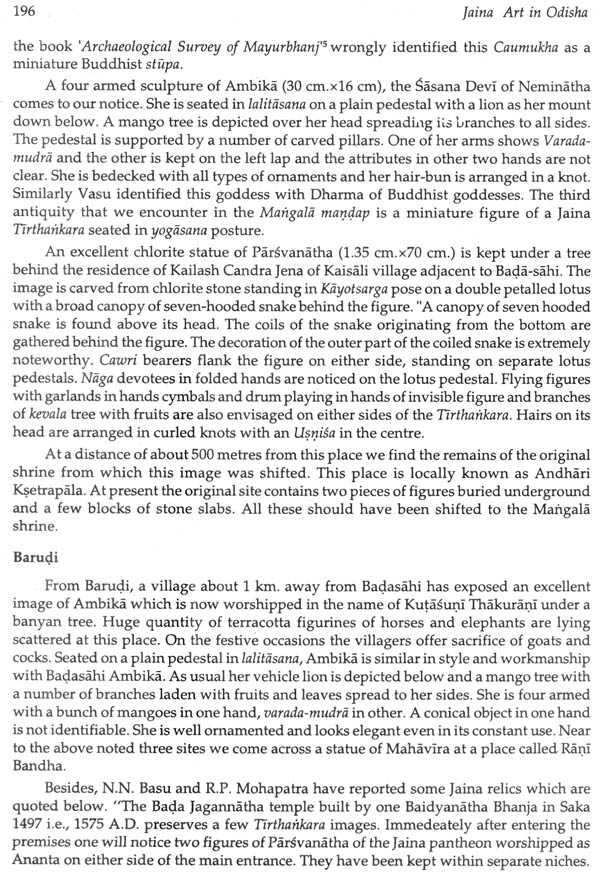 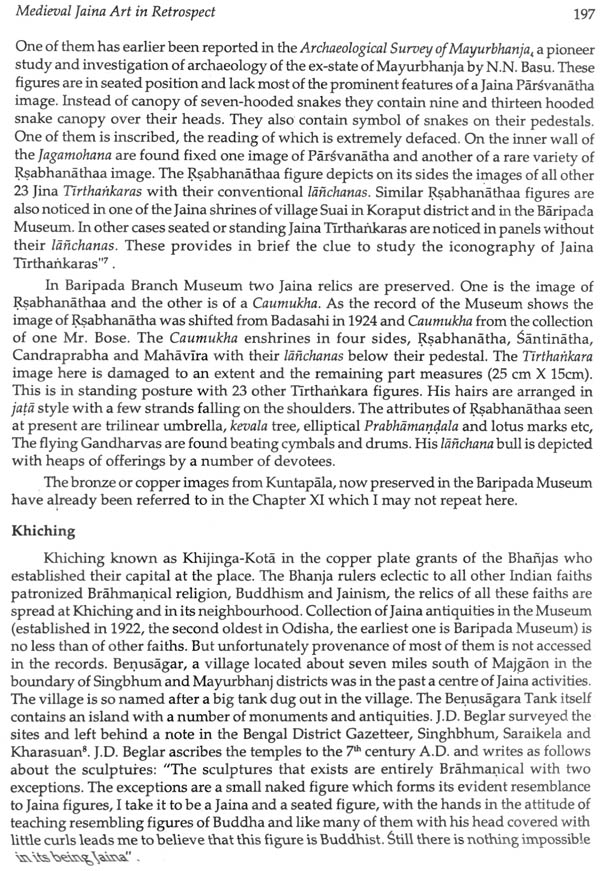 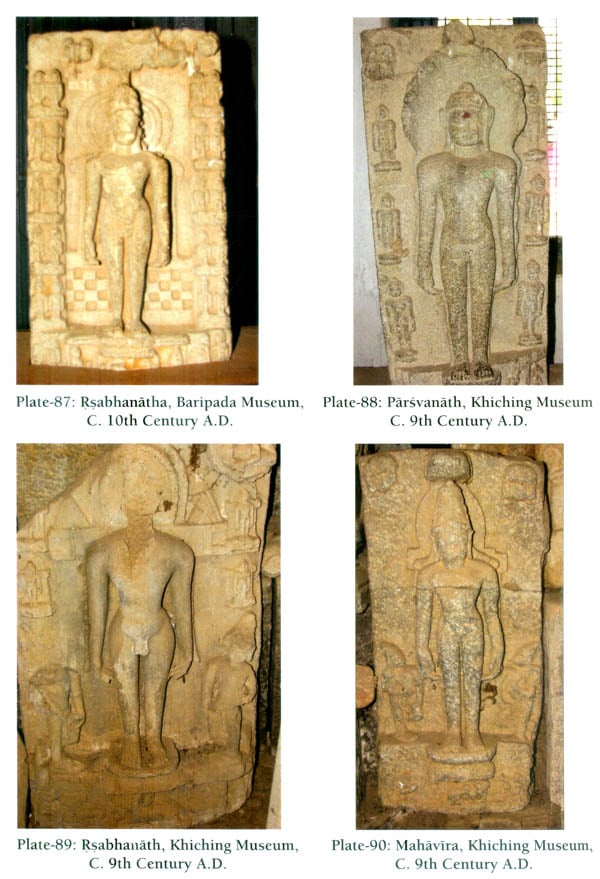 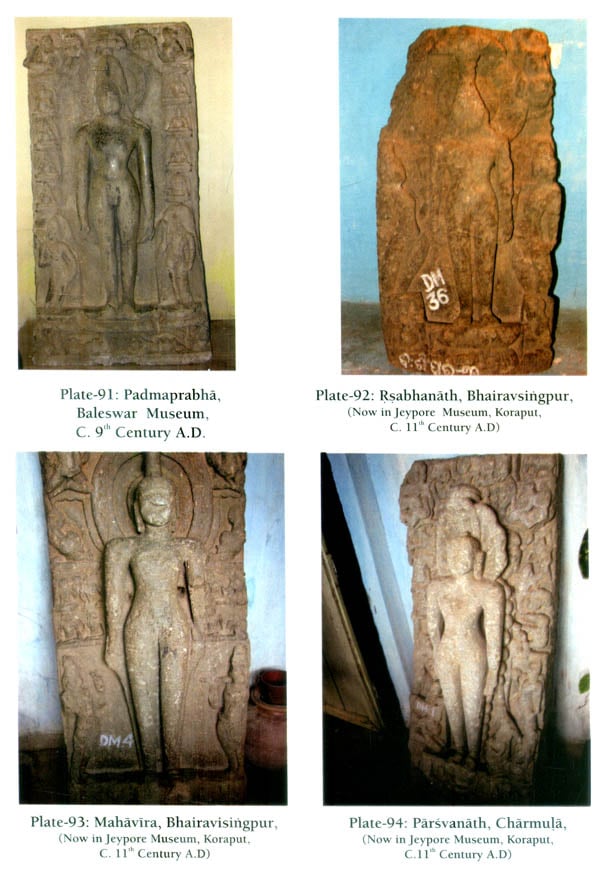 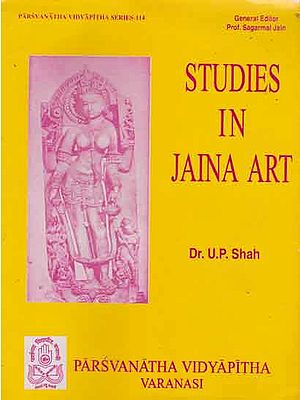 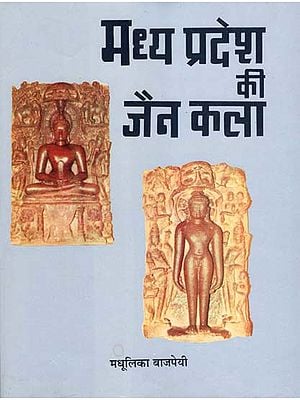 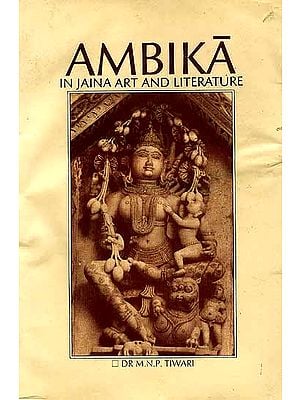 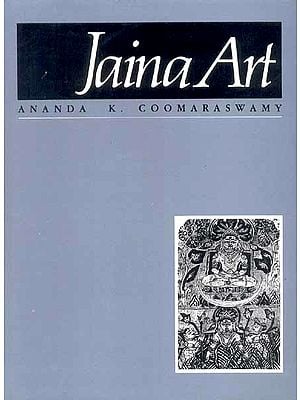 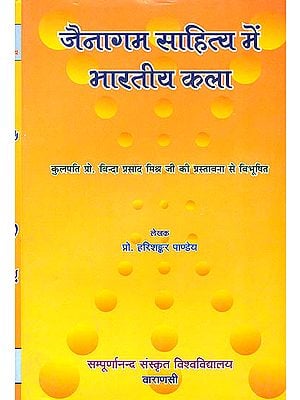 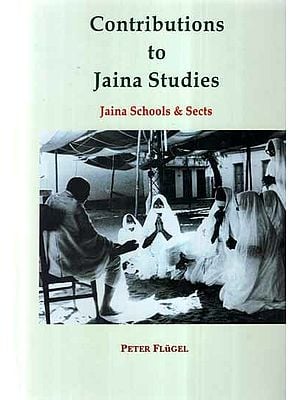 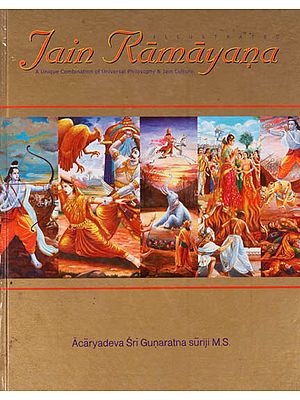