FREE Delivery
$29
Quantity
Ships in 1-3 days
Notify me when this item is available
Back of the Book
Mahomed Ali Jinnah started his political career in the Congress as a staunch Indian nationalist. He believed in secular politics and was opposed to bringing religion into it. He was known as an ambassador of Hindu-Muslim unity. So why did he, towards the end of his career, initiate the creation of a separate Muslim-state?

This new biography provides the answers while casting fresh light on Jinnah's character, his personal life, his political and legal careers, his relationship with Gandhi, Nehru as well as his disagreements with their ideas. Carefully examining the major events of his life - from early childhood to his first speech as President of the All India Muslim League - Yasser Latif Hamdani presents a complex and compelling portrait of Jinnah who is often narrowly regarded as a votary of a theocratic Islamic state.

Based on extensive research and a wealth of archival material, Hamdani has revealed those traits of Jinnah's personality that made him the most misunderstood leader of his times. He also comments on how religious zealots have turned Pakistan into an Islamic Republic contrary to Jinnah's vision.

Preface
Mahomed Ali Jinnah is not the easiest historical figure to explain or even write about. He continues to evoke strong emotions on both sides of the Radcliffe border that the British bequeathed to the subcontinent on the eve of their departure. In India, he is universally demonized for having destroyed the unity and for having laid the foundation of a perpetual communal conflict. In Pakistan, at least according to the official version, Jinnah is revered as the great saviour of Islam who created Pakistan and thus saved the Muslims from perpetual slavery to a Hindu majority. Jinnah's own life and long political career do not sit well with either view.

Years ago, when I was a young undergraduate at Rutgers University in New Jersey and was confronting questions of identity and what it meant to be a Pakistani, the huge collection of books on Jinnah in the library showed me how fascinating and misunderstood the man really was. This was around the time when Akbar S. Ahmad and Jamil Dehlavi's film, jinnah, was released. Having seen the film Gandhi earlier, in which the portrayal of Jinnah was quite unfair in my view, I had looked forward to watching Jinnah to understand the man who was said to have created Pakistan and his reasons for doing so. The film was very well executed and certainly did go a certain distance in correcting my perception of Jinnah. To me personally, it posed more questions than it answered. Dr Ayesha Jalal's The Sole Spokesman answered some more of these questions. It explained the demand for Pakistan in terms that would be anathema to both Indians and Pakistanis. However, Jinnah's early career as the ambassador of Hindu-Muslim unity needed to be showcased far more evidently, connecting it back to the eventual Pakistan movement. Ian Bryant Wells' little-known book on Jinnah's early politics did that but it ends in 1934. Jaswant Singh's book on Jinnah that generated controversy went some distance but it seems to have been a victim to the author's own politics to a certain extent. More recently, two incredibly readable books on Jinnah came from India. The first one was Jinnah Often Came to Our House by Kiran Doshi, a reimagining of Jinnah as a Shakespearian tragedy hero in the mould of Macbeth. The second was a book on Jinnah's marriage titled Mr and Mrs Jinnah by Sheela Reddy. Both of these added new colours to Jinnah's persona.

Coming back to my own journey, I returned to Pakistan after college totally obsessed with Jinnah. Soon after my return, I decided to follow Jinnah's footsteps and become a lawyer. I enrolled at Lahore's Quaid-i-Azam Law College. Years later, the same Jinnah obsession led me to become a member of Lincoln's Inn in London and take the Bar Transfer Test. In 2012, Mr Najam Sethi asked me to write a book on Jinnah's politics as I understood it. That book was titled Jinnah: Myth and Reality and was not a chronological biography but rather a longish argument on why Jinnah would not have wanted a theocratic state, the kind Pakistan has become over the years. The present work is different. 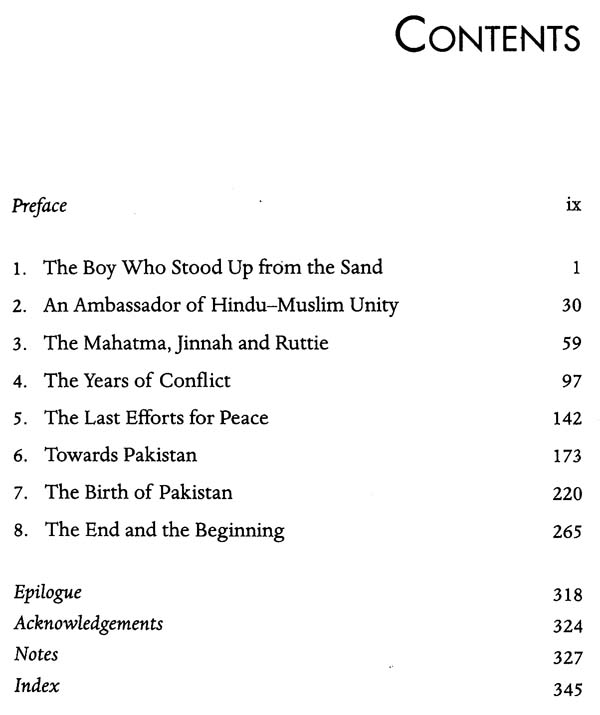 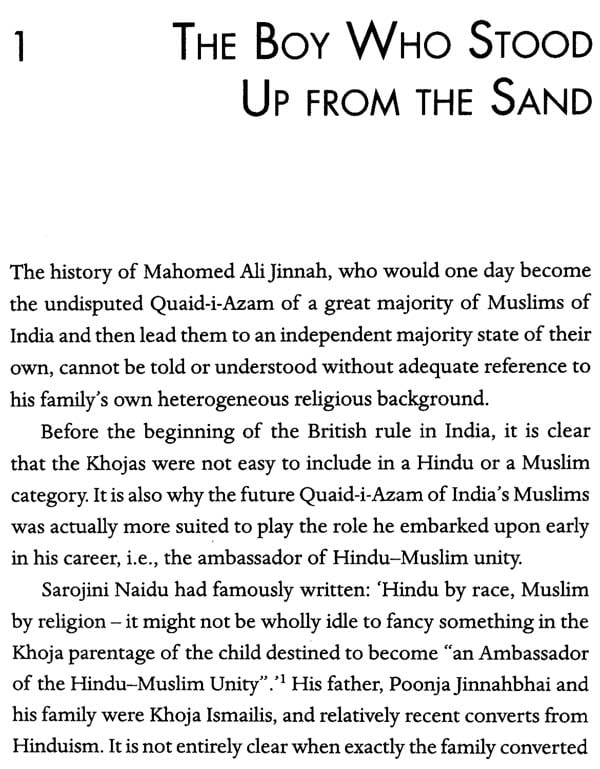 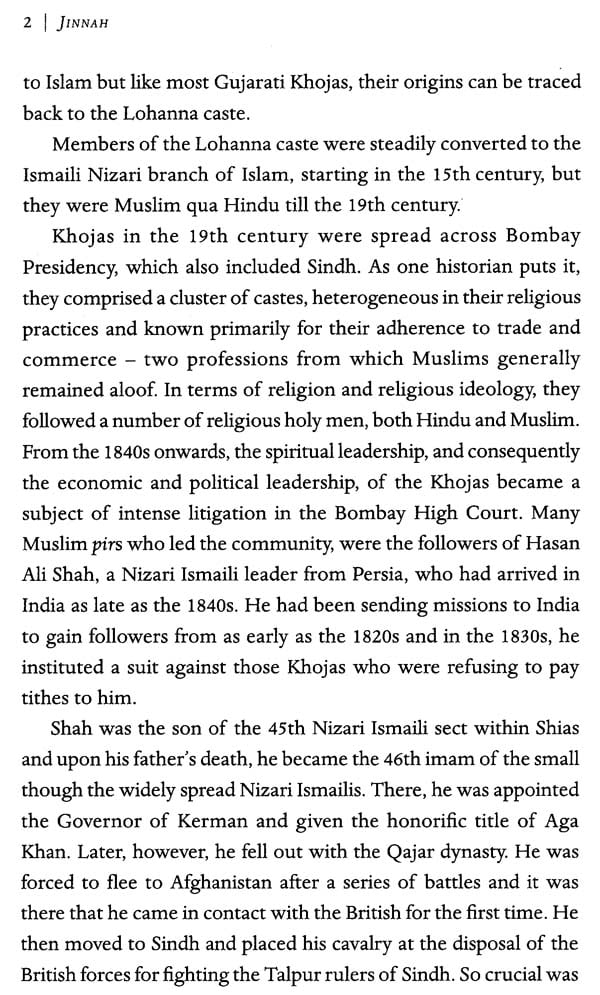 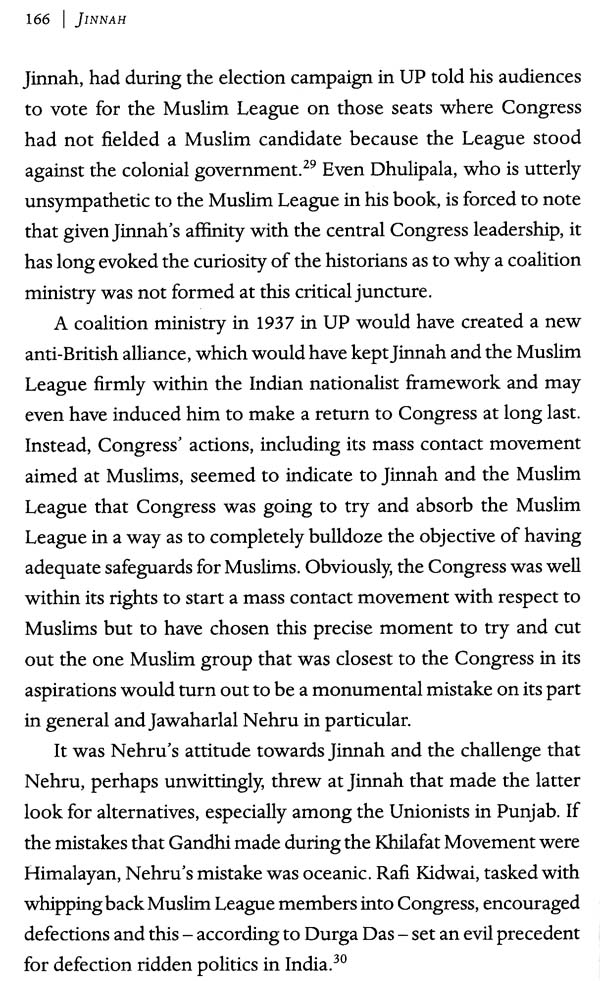 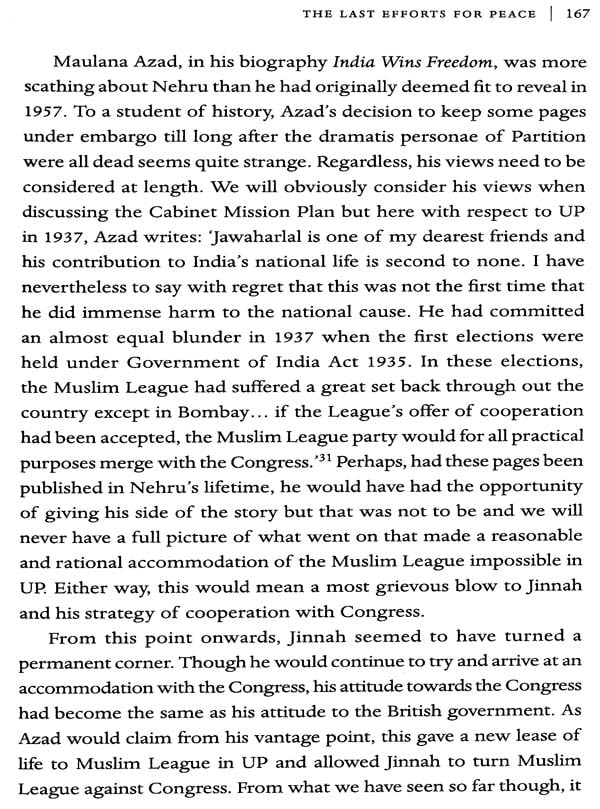 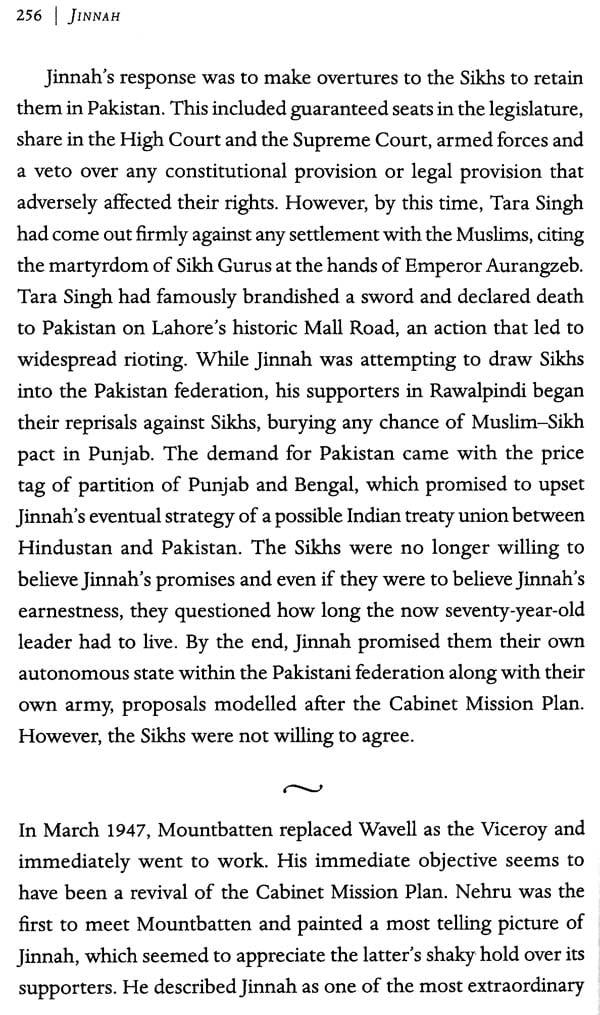 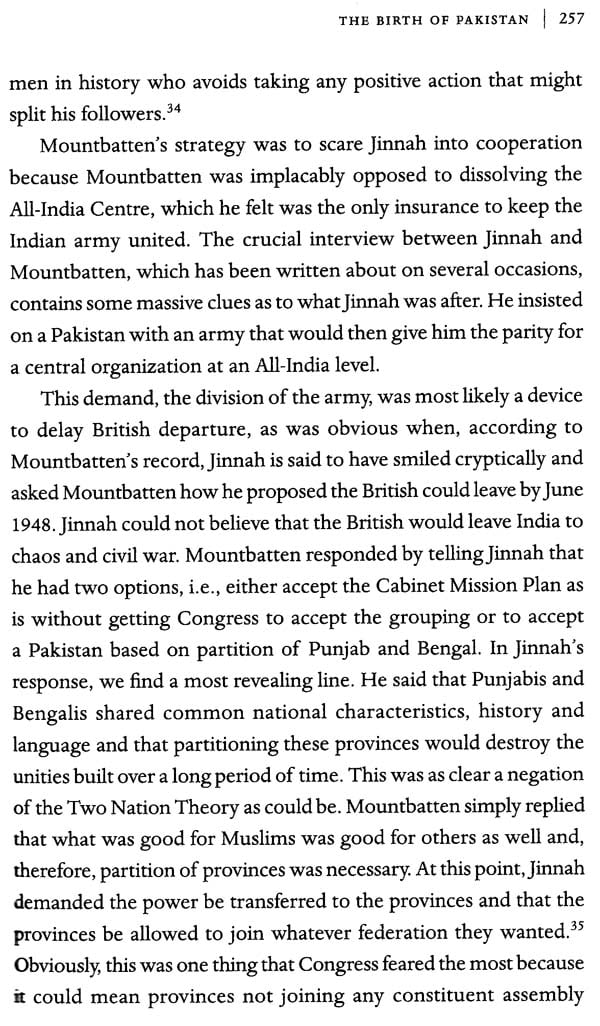 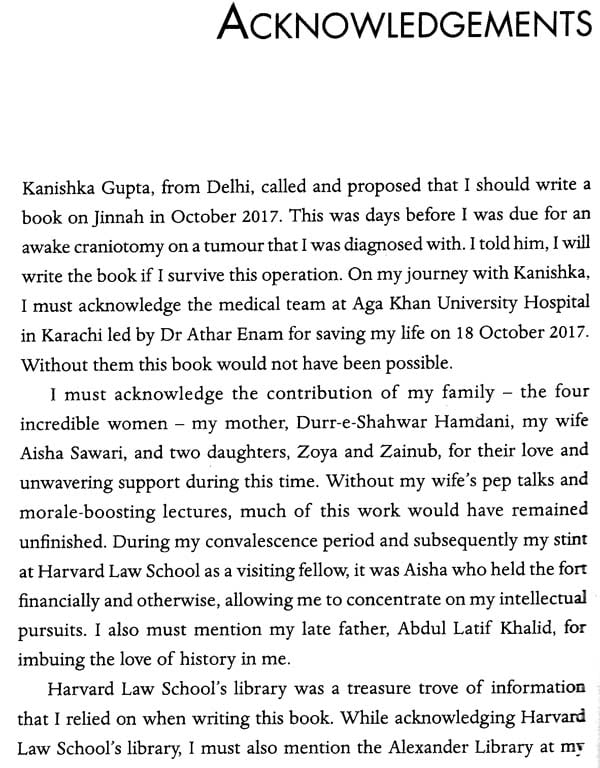 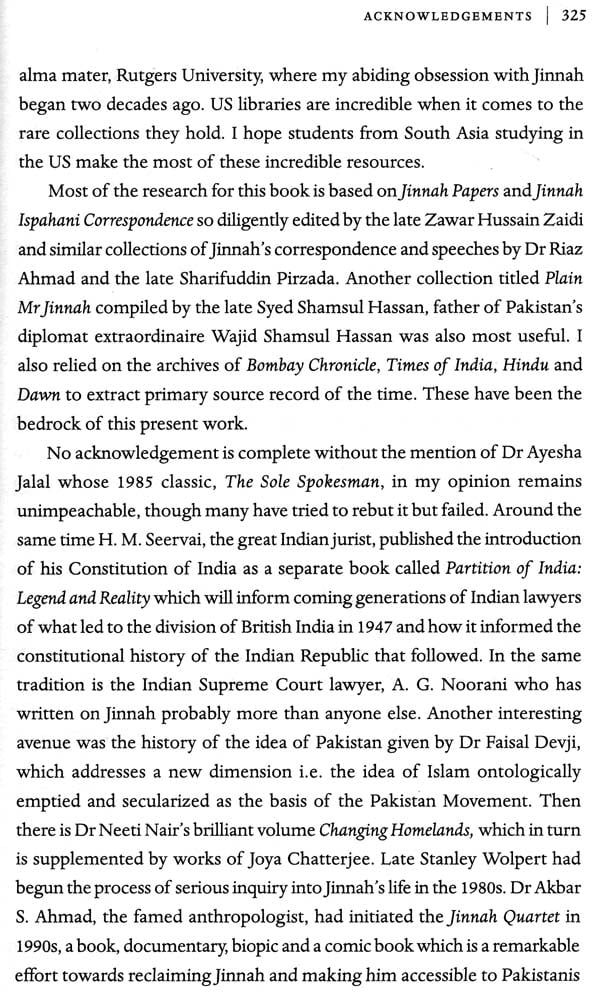 कायदेआज़म : Quaide Azam (A Novel Based on The Life of Mohammad Ali Jinnah)
By Rajendra Mohan Bhatnagar
$45
FREE Delivery Partition of India (Legend and Reality)
By H.M. Seervai
$30
Out of Stock Sir Chhotu Ram: A Political Biography (An Old and Rare Book)
By Madan Gopal
$16
Out of Stock