For over forty years Swami Chinmayananda was one of the leading interpreters and teachers of the Hindu philosophical system of Advaita Vedanta, which establishes with exact logic the identity of the Self (Atman) with the infinite (Brahman). Through a variety of institutions and methods, particularly the jnana yajnas, rituals of truth, he worked to rejuvenate Hinduism by making hitherto inaccessible insights of the Upanishads and the Bhagavad Gita available to the general people. Thereby, he was instrumental in bringing the wisdom of the Hindu Heritage to everyone, regardless of caste, creed, gender or nationality.

This, the first biography of Swami Chinmayananda, retraces his journey from his boyhood in Kerala, through his carefree college days and rebellion against British imperialism, then his spiritual tutelage under Swami Shivananda and Swami Tapovan. An account is given detailing the growth of a worldwide movement under his guidance. Included are conversations with him on different subjects that demonstrate his sharp intellect, deep wisdom and quick wit. He is undoubtedly one of the outstanding and influential figures in the modern history of India.

Swami Chinmayananda was a human being who had the courage, independence and innate intelligence to realize his Divinity. He dedicated that same courage, independence and intelligence to point out to us that we too are Divine. Had he not been a human being like us, his life’s journey to the Truth would have had little meaning for us. Because he was a man, his life and his teachings offer us a model of what is “humanly” possible. Certainly, we can worship Swamiji as God, but we must not fail to worship ourselves as God too. This incredible Truth was the essence of his teaching. Although each journey to this Truth is unique, I Thought that his story would give us some hope, insight – and courage – to take our journey to the Self.

Life has its mystery, its majesty, its illusions, its deceptions. There are very few things one can be sure of, but I am absolutely certain of one thing. I am the person I am today only because I met a master, Swami Chinmayananda. I remain forever grateful.

This book was not intended for scholars, but was written so that the average person interested in India would be able to gain a greater understanding of reality unknown to us in the West. Because of the many new ideas, one must read the book through with an open mind in order to get a complete picture before any assessments or judgments are made. Although I have attempted to communicate as clearly as possible, many new concepts and words of the Indian culture have made it difficult. Therefore, I suggest that if you do not comprehend the nuance of an idea or word you put it in the back of your mind, for the term will surely come up again in the text. In this manner, you will continue broadening your understanding of the various concepts.

Can I do it?
Can I face the educated class of India and bring to their faithless hearts at a ray of understanding of what our wondrous culture stands for? Sitting on the banks of the roaring Ganga, I shivered as I pondered the thought. None could argue against the Eternal Truth that man is in essence God. But could I explain it to others? Sitting, watching the Mother Ganga in her incessant hurry, I seemed to hear the words interlaced in her roar, ‘Son, don’t you see me; born here in the Himalayas, I rush down to the plains taking with me both life and nourishment to all in my path. Fulfillment of any possession is in sharing it with others.’ I felt encouraged, I felt reinforced. The urge became irresistible!

Thus was born the idea that was to take Swami Chinmayananda throughout India and to parts of the world never touched by the sacred waters of the Ganga to share the secrets of life that he had learned in the valleys of the Himalayan peaks. The Vedanta philosophy that he would teach was studied exclusively by scholars of religion in Indian universities and by swamis in their huts and ashrams. But did this ancient knowledge have any significance for the average man struggling with his mundane problems in his daily life? This is the question that Swami Chinmayananda was to address in his life’s mission.

In the thirty – eight years since that day of inspiration, Swami Chinmayananda has met and overcome many obstacles in his journey. As surely as the Ganga leaps high as the meets boulders in her course and lays out a new course when she encounters obstructions in her one-pointed concentration to bring her fresh waters to the Bay of Bengal, he has opened new pathways in spite of ominous odds. The Swami never seems to need rest as he meets his 365 day – a – year, sixteen – hour daily schedule, which includes two or three public classes and lectures. His constant outpouring of love and humour, criticism and encouragement, insight and enthusiasm – with equal attention to both the spiritual and material needs of the students – has resulted in the changed lives of thousands of people.

His life represents a model of one who pursues a goal with concentrated dedication; thereby demonstrating in his own life the secrets of success that he shares with others. By the end of his life, with the assistance of many inspired workers, he had built a foundation and structure for a spiritual renaissance in India.

He has completed over 400 lecture series on the Hindu Vedantic texts. Ninety – seven Chinmaya Mission centers coordinate hundreds of study groups to keep the ideas planted in the lecture series fertile and growing. Six centers for intensive study of the scriptures now exist; one offers classes in English and the remainder in the native Indian languages of Hindi, Kannada, Malayalam, Tamil and Telegu. The Chinmaya Yuva Kendra (CHYK) groups for college students provide a forum for comprehensive understanding of the scriptures with avenues of service and creative activities to channel the energy of the students into noble goals. Over half a million children belong to the Bala Vihar groups, which were organized to give the youngsters a knowledge and appreciation of their cultural and religious heritage. In 1964, Swami Chinmayananda founded Vishwa Hindu Parishad, the international organization that is generating a neo – Hindu renaissance.

Through his influence, attention has also been given to the material aspect of life: nursery schools, elementary schools and colleges have been founded to educate the young people of India with the necessary skills for their material success. Many service organizations have been initiated, including retirement homes for the elderly centers and slum renovation programs. These projects – inspired, established and run by individuals from the community- furnish a field of service for those dedicated to the ideals of the Eternal Truth expounded by Swami Chinmayananda. 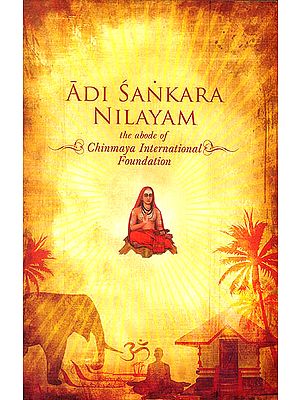 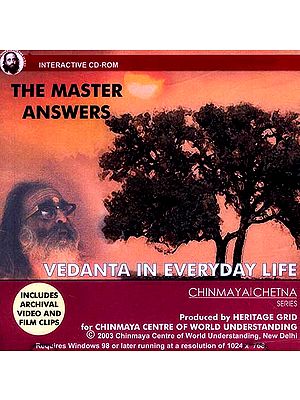 The Art of Man Making: 193 Short Talks on The Bhagavad Gita (Set of 2 Volumes)
By Swami Chinmayananda Saraswati
$55
FREE Delivery 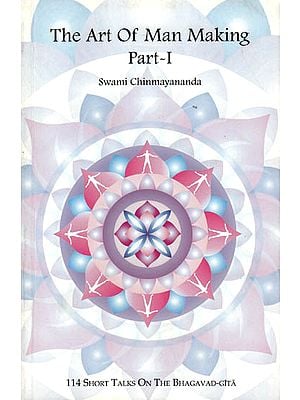 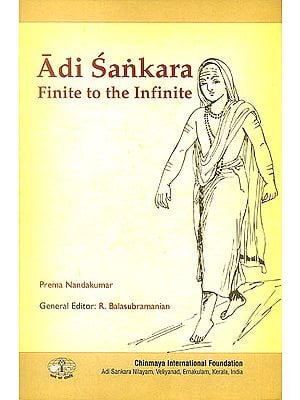 The Art of Man Making: 193 Short Talks on The Bhagavad Gita (Set of 2 Volumes)
By Swami Chinmayananda Saraswati
$55
FREE Delivery

Arunachala Shiva - Commentaries on Sri Ramana Maharshi's Teaching Who Am I ? (With Two DVDs Inside)
By Premananda
$55
FREE Delivery
Add a review
Have A Question