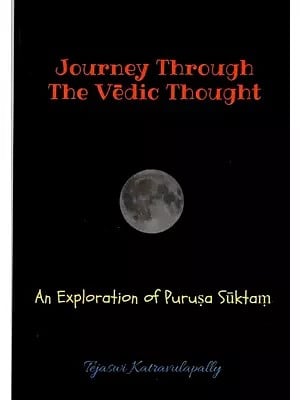 Journey Through The Vedic Thought- An Exploration of Purusa Suktam

This book takes you through an excursion into the vast ocean of the vedic thought process. Many important questions like- What is a Veda ? How is it different from a vedic text ? What do we mean by yajna ? Who are Devas ? What is the meaning of Veda being eternal ? What is the true meaning of a Vedic Sacrifice ? etc., have been andwered in a precise way of intuitive reasoning. Purusa Sukta is the crown jewel of the veda which has many interesting ideas in its vault of manifold expressions. This sukta is taken as the central theme of this book around which is weaved the fabric of the vedic perspective of life of macrocosm and of microcosm. A Word to word meaning of each stanza is given along with an import and a detailed explanation of the ideas of the stanza. I invite the intrigued reader to explore the book further and see for themselves as to how beautifully a seemingly simple hymn of 16 stanzas unveils the mysteries of the marvelous creation.

Since childhood I have been passionate about the nature of creation. I found my thirst quenched in two fields discovered by humanity: Physics and Spirituality. Formally, I pursued my post graduation in Physics from IIT Madras. I am presently a doctoral candidate (Ireland) in the field of Quantum Physics. Along with physics, I have invested my time in understanding scriptures of the ancient lore.

The world is full of mysteries. For example, the origin of the Universe, the birth of our consciousness, the state of sleep and dream, our place in the vast cosmos, etc. Humans have been trying to discover the solutions to these mysteries since the dawn of time. Is there a possibility that we have already discovered solutions to few such mysteries? If so, why have we not heard of them? If not, have we overlooked our past humans' efforts? Let us see.

What do we have at our hand to explore many of the aforementioned mysteries? Broadly speaking, we either approach the mysteries through the present sciences like Physics, Biology, Chemistry, etc., or through the ancient scriptures like the Egyptian book of the dead, Old Testament, Veda, Tantra, Kabbalah, etc. At present there is a tension between the two approaches, in fact, the tension is between the scholars of the two approaches but not the approaches themselves. Scholars of the former are still evolving in their understanding of the Universe and that is why we see new theories and updated views every now and then. This is not wrong, but shows the baby-stage of the former approach and hence we cannot take their word for FINAL yet. Scholars of the later often disagree with each other in regard to the details, which shows that the truth is buried under the veil of their personal interpretations.

Then how are we to find a proper harmonious solution? We can safely leave the former approach of science at its own pace for now and update ourselves whenever it offers us with a concrete solution and take the second approach. But in taking the second approach, we need to hold on to the approach of the masters rather than that of the modern scholars.

Who is a master? A master is the one who is at a higher state of evolution (of understanding things) than present humanity. Who decides this level of evolution? Well, the words of wisdom and the links they show via their teachings is one of the sure ways to decide. Try to first follow the approach of a teaching of someone and then see for yourself if there is any harmony at the end. I mean harmony in the sense of a link that connects the wisdom of all the ancient scriptures. If there is such harmony, that does not hurt your logic or intuition, then the teaching belongs to a master.

This is my view though. It may differ from person to person. But the take-away point here is that, when one is able to see a link between seemingly different scriptures of the ancient world, which evolved at different time scales, It shows a faint idea of a knowledgeable past. When one can see this harmony, how can the other not see? To not see the link is very easy. But, to see the link requires much effort, especially when the works belong to totally different languages, eras and civilisations. That is why the teachings which show such links are superior in nature and belong to the Masters of high order.

I personally like the works of Madame Blavatsky, Alice, A. Bailey, Sri Aurobindo, Master.E.K., Sir John Woodroffe, Paramahamsa Yogananda, Sri Ramana Maharsi, Bepin Behari, etc. After reading few of their works one can easily see how harmoniously the world scriptures are linked and how grand the wisdom is embedded within the scriptures.

It is from this angle that I conclude we already have answers to the mysteries of the world and most of us must have just overlooked them either due to lack of time to dedicate or lack of proper exposure into the art of decoding the ancient wisdom. At this juncture, you may ask me if I can show such a harmony of understanding, at least as a form of an example. Well, the present book is an attempt in those lines.

Ancient Indian scriptures are divided into Vedas, Upanisads, Brahmanas, Aranyakas, etc. The total wisdom contained in all such categories falls under one name THE VEDA. Veda is not the literary text as often spoken by the modern scholars, but is the wisdom contained in the texts. Is Physics the physics textbook or the science that is understood by the reader of the textbook? So, wisdom is ONE and not many, but the ways it is made understood are many!

The text of the Veda consists of poems and prose. The individual poems can be called hymns. What does these hymns consist of? They often praise the object of the hymn, often the Omnipresent GOD. This is what one gets at first sight. But, when one explores deeper, they will see that the hymn not only praises the GOD but also offers much more details about the mysteries of the creation.

Amongst the many known hymns, Purusa Suktam is one of the most famous hymns of the Veda, which explores the nature of COSMIC-MAN. Examples of other hymns are Agni Suktam (Hymn of the Cosmic-Fire), Vishnu Suktam (hymn of the all-pervading lord), Nasadiya Suktam (hymn of riddle of existence), Sri Suktam (hymn on the splendours of the world-mother), etc. It should be noted that the word Purusa/MAN in Purusa Suktam is not gender specific "man", but symbolises the source of creation. Translating a Sanskrit word into English has its own limitations and that is why I had to mention this beforehand.

The present hymn of Purusa Suktam (from Rig Veda) praises the glories of the source of creation, along with giving details of what Vedic seers perceived as the schema of the whole creation. That is why the title I gave to this book is - "Journey through the Vedic thought'. I want to take you through the vast intellectual world of thoughts of the seers of the Veda, whose exact era is debated by the scholars but not their antiquity. Their antiquity and the hidden depths of their Veda surely does make us question our inability to fathom the idea of a glorious past.

In the following pages, what you would find is an excursion into the backbone of Purusa Suktam - its meter, its seer, the role of numbers, etc., an exploration into the stanzas of the hymn of Purusa Suktam with its import, word-to-word meaning and detailed explanation. The goal is to go beyond the generally accepted notion of the hymn and dive into the vast oceans of Vedic thought. 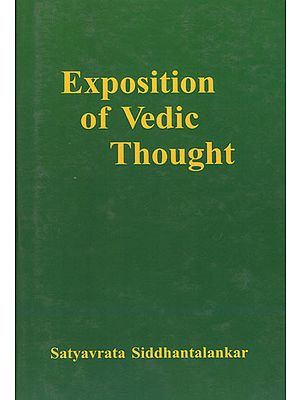 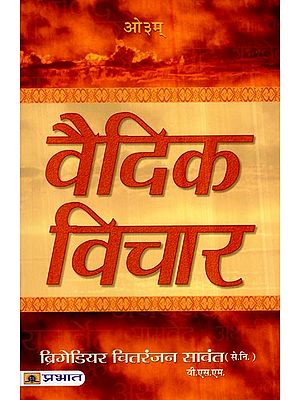 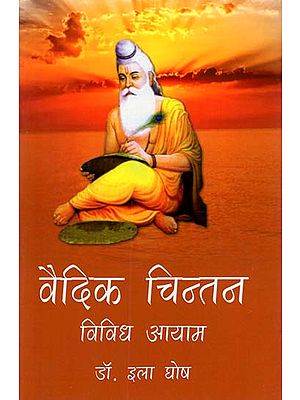 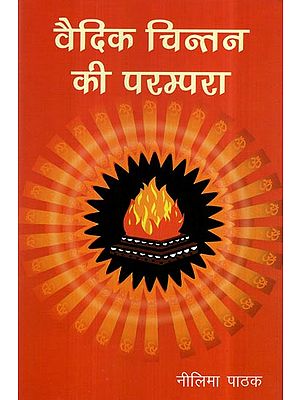 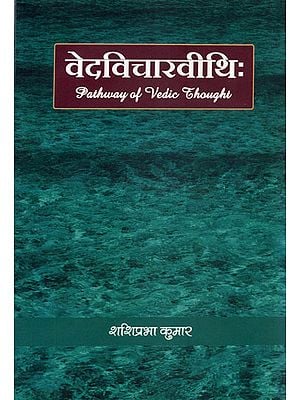 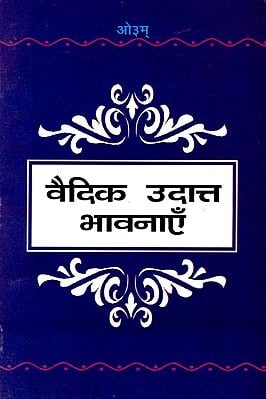 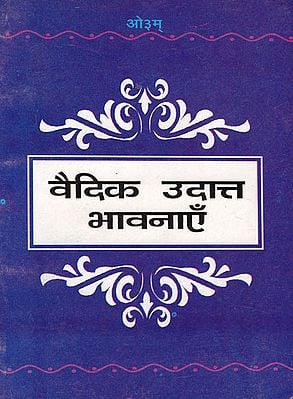 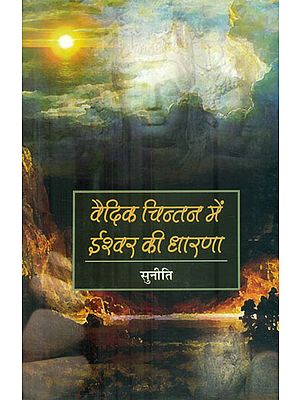 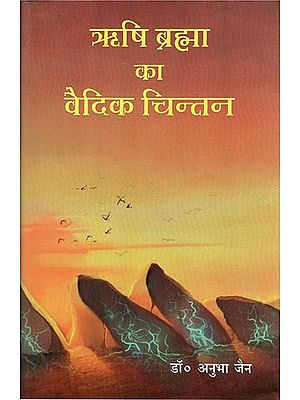