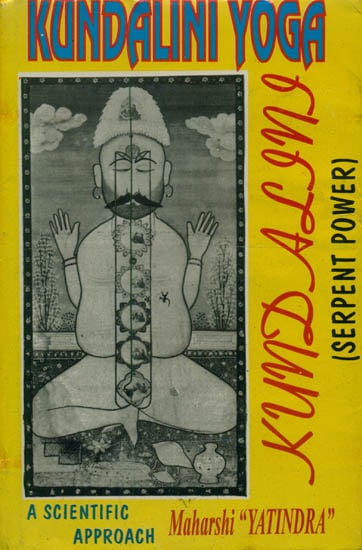 Abraham Moslov said-"Visible, logical, clear and based knowledge is not the only important but the invisible, illogical, non- clear and hidden knowledge is also important which is full of mystics." Today's science is dealing with the external planes of life. To peep in oneself is not in its circumference and whatever is out of its circumference it closes the chapter by saying it unbelievable. Etrovert persons (who looked at the external aspect of life) became the scientists and introvert persons (who could look inner side) became the spiritualists. Few could live without bothering for all that, Tantra takes them like animals.

Out of many dimensions of yoga the Kundalini Tantra proved to be the most important one. The inner journey of kundalini starts with the physical plane and drives to the inner deeper planes and reaches to the supreme truth. In the higher state of the sadhana, many dimensions of yoga and other techniques "also dissolve, so this sadhana is known as Siddha Yoga and Mahayoga too. Kundalini is the scientific process of internal transformation and awakening where existential transformation takes place.

While attaining the supreme truth of kundalini, all the bindings, pains, resistivities and the dual affairs get dessolve and become silent. To attain that stage the seeker or sadhaka has to' walk through his inner-self. He has to work hard with his own existence, he has to seek his own way and has to awaken the powers of his own slept conscious centres by controlling his own inner states and attitudes.

Till today the experiments on kundalini Sadhana are being carried out on some selected seekers in ashrams. The general public was untouched and unknown about kundalini I agree that there had been dangers in the attainments in those days, there were bindings of social and cultural conditions', and it became a compulsion to keep it with the selected people only: Now the circumstances are changed. The sexual knowledge in general is increased. If man is not made introvert then it may create explosion. I pray that each new couple may become the living image of Shiva and Shakti.

The Dhyan procedures given here, are though old but uncommon and like a new research. They have got all the solutions of those problems which can come in the way of kundalini sadhana. The activities come up as per the knowledge and ability of sadhaka to make him more powerful for the future seri.ous actions.

The technique of conquering' internal nature is known as yoga, because internal nature is summed up with external nature. When inner nature is controlled, the external nature is controlled. The boundary line of inner and outer is drawn by us for ease otherwise the nature is 'one' and the same. This boundary line is altered as per the situations. For example when a citizen of Agra reaches to London, his boundary line covers whole India and he says that he is from India but when he is in some other province in India he says that he is from Uttar Pradesh and after coming in U.P. he says I am from Agra, so the practical religion begins from where after you know. There are, many religious and communal systems but they have the only slackness that they want to tie the whole world at their level without bothering for the standard of others. Swami Vivekanand has said at San Francisco on 5th April 1900-"We are always trying to ignore the standard of another, trying to bind the whole to our standard." Till then we talk as per our level that will just become myth. The complete philosophy is the result of such great personality as they talked as per their level. The practical religion starts when you come down to others' level, yoga teaches to spread love. For love you have to leave your level and come down to-others' level. The love can't stay if both are not at the same level. To be at same level and to come at same level are two different things. To come to one's level one has to come down or go up. The love is not blind if two persons are coming at same level, because the knowledge is in between. But the love becomes blind who are naturally .at the same level because the attraction among them becomes blind, let it be towards a thing, being or the god etc. To become blind and walking in the dark is walking like a sheep. All the philosophers of the world say that the difference between salvation and the binding is of knowledge and ignorance To be blind mean is ignorance. They say- Tamaso ma Jyotirgamaya I Due to knowledge, the nature becomes 'one' instead of internal and external. The same unduality is taught through vedant, it preaches-If you change yourself the whole world will change for you; as yourself, myself and. whatever, there in the world, is the one and the same. The root of Dharna, Dhyan and Samadhi is the only to control over body, mastery over your own body. Maharshi Patanjali said, "Tryaimekatra Sanymah". All three are the result of control. What happens with that? "Tajjyat Prajnalokah" by winning that 'the knowledge' flourishes.

Most of the people say that the world is full of sorrows. There are people who are in a habit of living in sorrows. You may be astonished, but it is a fact- Few years back a picture was released- "Do Ankhen Barah Hath". In that, a jailor, got the hand & leg cuffs opened of the prisoners to make them reform. But when those prisoners went to sleep in the night, they could not sleep without the hand-cuffs and lastly the prisoners kept the opened cuffs over their legs and hands and slept. So they got into the habit of getting sleep with irons only. If you just open the cage of a pet parrot, then also it comes back after a bit of flying. Many of us are of the same routine habits, who are not ready to go on the path of open air, the path of an and (enjoyment). Many people do not leave the salty water of their ancestor's well, because it is traditional. For such sadists, this book, which is leading to the divine life, is useless. Only those can make use of this book who know the use of their intellect, are full of original thoughts, sensitive and a sincere scholars.

It is told about divine life that all the evils, all the problems and all the sorrows end up there. Complete eternal peace and enjoyment is felt there. Is it possible? Vedant deciares- Yes, it is ! But, it just does not happen by saying or thinking that I should be happy or I should be in peace. 'Swami Chinmayanand’ has said-"Act, if you want to be happy, create the happiness, by building up the conditions necessary for real and substantial' happiness." To affect your personality development just a thought is sufficient-'Realise it what you are.' Your divine life journey begins in this book from this point only.

If you visualize the whole education system in relation with the' complete Kundalini Sadhna then whatever religious or social behaviour we learn within the communal society, is just equal to the knowledge gained by a child during a kindergarten school, where he thinks that 'I' means teacher and at home it becomes 'I' mean 'Mummy'. When he is able to understand that 'I' means neither 'teacher' 'nor 'mummy' or 'he himself' but just a 'pronoun', he becomes able to rise to class 'One' and that is the ritual life as pet the spiritual path. By the time he is able to understand that religion and ritual systems are one, he becomes equal to the student of primary school. When he sees the religion and the ritual life separately in practical then he reaches to junior class. Here the yoga sadhanas lift up the life of the sadhaka which are nearer to human nature and beyond the communal systems. When sadhakais able to adjust the external nature with his internal nature, you may take it as he has completed the course of junior class. The course of senior class (high school) is completed while activating complete Kundalinis six vital centres. The life begins from sahasrar where the zero point of cosmic nature begins. After that there is endless deepness and endless bliss (enjoyment). You can say the sadhana and bliss are directly proportional at this level. After High School, Intermediate starts-The middle stage-where sadhaka tries to make himself fit for a degree by creating harmony and balance among the world and his sadhana.

In the sadhaxa or seeker who is fit for the degree, the desire to preach others, evokes, whatever he could collect and learn so far, wants to distribute to others at this stage. While teaching, he also keeps on learning and this learning never ends up; whether he becomes a muni, yati or rishi. You all know, if a person is conferred Ph.D., D.Lit, or D.Phil. his learning still goes on ..

Swami Shivijnand has said='Freedom is the goal of all nature, bondage of the soul is death and freedom of the soul is the liberation or conquest on death." Remember-you can't be free by giving up the things. Swami Vivekananda said-"You need not to give up the things, things will give you up"-So you have to-create the stage where things can give you up, and such techniques are explained in this book. 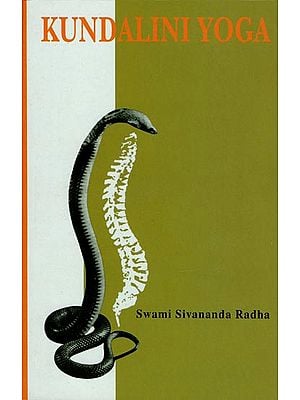 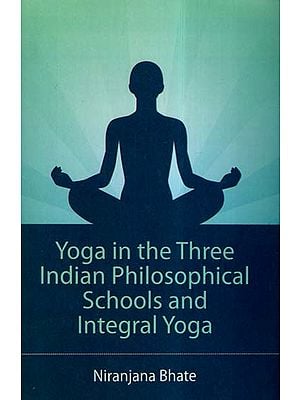 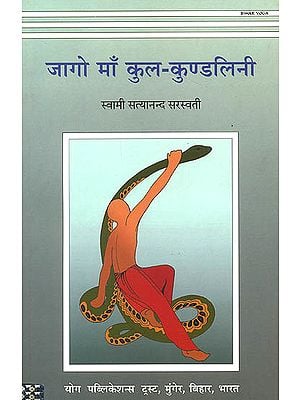