(Chu) Tao – sheng stands out in history as a unique and preeminent thinker whose paradigmatic, original ideas paved he way for the advent of Chinese Buddhism, the universality of Buddha – nature, which Tao – sheng championed at the cost of excommunication, was to become a cornerstone of the Chinese Buddhist ideology. This book presents a comprehensive study of the only complete document by Tao – sheng still in existence. The work was composed toward the end of Tao – sheng’s life (in 432), a product of his mature scholarship, presumably incorporating the doctrines pronounced earlier. The aim of this study are twofold: (1) to prepare a faithful, undistorted translation of the commentary in its entirety, in order to provide a basis and vantage point for further study and understanding of Tao – sheng; and (2) to attempt to illuminate Tao – sheng’s system of religious knowledge by examining the commentary in conjunction with other doctrines and writings, and thus to evaluate Tao – sheng’s contribution to implanting (or transplanting) the alien religious system in Chinese soil. Of course, the two objectives are not to be seen as separate tasks; they are closely bound up with one another.

“The reliability and detail of the scholarship makes this book a definitive study of this text by Tao – sheng (ca 360 – 434). The author has exhaustively and carefully reviewed all the existing research in English, Chinese, and Japanese. He presents the material in a straightforward manner, tightly reasoned, and fully documented. The topic is significant and could sere as a means for introducing the major Mahayana themes which were used as the foundation for East Asia Buddhism.”

“This is a fine textual study in early Chinese Buddhism, It focuses on of the founding patriarchs, his personality commentary work on the Saddharmapundarika – sutra. It explores the volatile period where the Chinese Buddhist were still groping with Taoist metaphors for the best expressions of Buddhist principle and teachings. Thus this study exhibits the ideological dynamics of an important period and elucidates the direction taken by Chinese Buddhist schools.”

This work grew out of my initial (and abiding) quest for the origin and whole spectrum of the Ch’an (Zen) doctrine of enlightenment, which is noted for the controversy involving two apparently irreconcilable and diametrically opposed approaches, traditionally distinguished as northern and southern or gradual and sudden. The distinguished as northern and southern or gradual and sudden. The distinction between North and South seems symbolic of the state of the world today, with its various forms of confrontation created by the differences of ideology, religion, and so on, which reflects humankind’s schizophrenic, divided mind, viewing things through a black – and – white prism. Acutely – aware, rather empirically, of the extra dimension of human suffering, I wondered; Are two parties or arguments really apart from each other without any junction whatsoever between them, like the South and North Poles? Isn’t now the time to focus more on similarities than on differences, common identities reather than distinct identities, genera rather than species – on the assumption that all humanely motivated ideas, unless ill – motivated for self –serving purposes, must have some common ground to share? Perhaps, we need a comprehensive perspective innate in the religious dimension, which, having been long forgotten, should be recouped, yet, of course, not at the cost of truth. With such a train of though, I was inclined, in search of a classical paradigm, o review the Ch’an tradition, which has long dominated the Buddhist practice in East Asia to this day, assuming that the two approaches may represent no more than the methodological focus on one aspect or another of the whole process of enlightenment. Yet, the two arguments have been exaggerated in reductionist hands as if they were two alternatives that could never harmonize or fuse. Two conceptions seem to typify the processes of knowledge involving all the human spiritual endeavors seeking truth and reality. It two aspects are taken to represent, say, rationalism and intuitionism in the epistemological terms, Buddhism, from its inception, has never been free of either means of knowledge, as has the whole Indian tradition. Some trace of evidence for such a line of thinking seemed to have been reemerged in some syncretist or synthetist approaches.

The problem of enlightenment as such may not be addressed fully here, not being the sole subject, but I have attempted to establish a plateau from which to view and reexamine afresh the problem and other matters. Ideally, a proper context has been reconstructed here to ward off further misguided interpretations taken out of the context. The kind of context furnished here is philological and philosophical, not social or anything else, for I believe that, in earlier days, more individual initiatives were and could be taken for religious salvation than today. The era and material concerned here also involve a setting of underwent the process of acculturation while maintaining the fundamental identity toward Chinese Buddhism in the context concerned my show a classic pattern to those interested in comparative religion and concerned with the world today, in turmoil mainly caused by what can be reduced to religious conflicts. We thus have come around again to my initial quest and intent, the search for common substructure or a rule for coexistence and harmony.

In the course of writing this time – consuming, double – edged work comprising many subject matters, originally presented as a doctoral way or another. Yun – hua Jan, McMaster University, long has been a constant source of information, guidance, and inspiration. I have benefited enormously from his erudition in Chinese thought and language. He and Leon Hurvitz, University of British Columbia, put themselves at my disposal for many difficult passages of the text; the latter gladly sharing one summer with me in Vancouver. Yet, I am solely responsible for any misinterpretations or shortcomings. Graeme Mac Queen, McMaster University, whose concern for the cause of peace I also share, provided many useful comments, making me ponder the relevancy of the work to our shard ideal. Koichi Shinohara helped restrain me to the present perimeter of research. For all those scholars, I remain sincerely grateful. For the actual process leading to this publication, my sincere thanks are due to Sung Bae Park, Suny at Stony Brook, for having encouraged and supported me toward publication, and Kenneth Inada, Suny at Buffalo, editor of the present series, for having found my work worthy to be in the series. I am thankful to Kang – nam Oh, University of Regina, who introduced me to the good institution of McMaster as we were caused to share he brahmacarin stage of life together at two places. I am also very grateful to another friend of mine, Sang – shih Lee, now at Oxford for his second doctoral degree, who has given me unfailing support, moral and otherwise, I cannot overstress the help and support rendered by my wife, Eun – kyung, in numerous ways for the completion of the work, including repeated typing while rearing two children, Haeda and Aramie. I also should like to express my gratitude to her parents and brother for helping materially in the cost of preparation for publication. My student, Young – ja Lee, kindly offered her help for typing a part of the final of the MS. 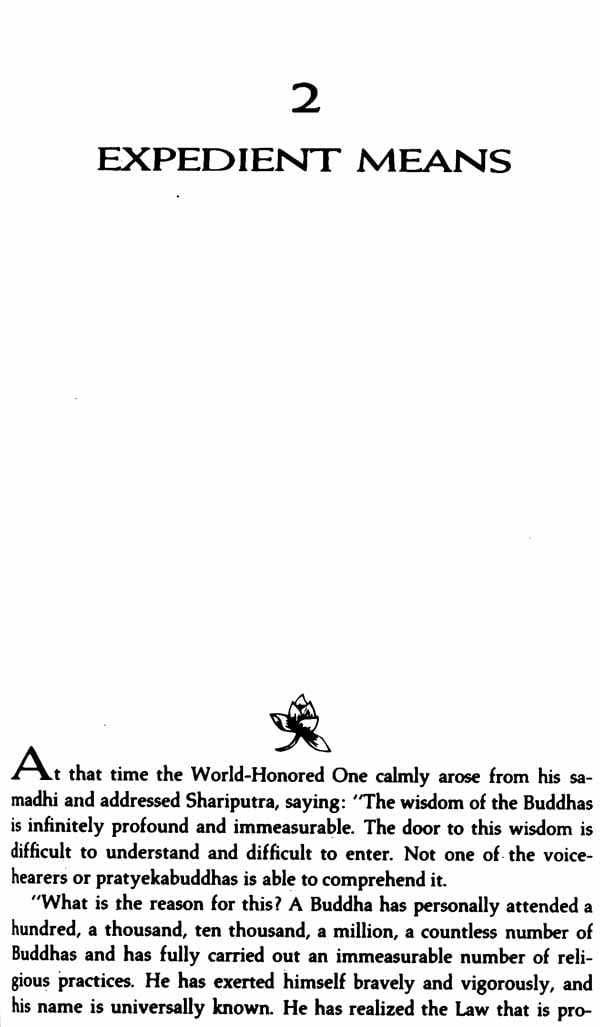 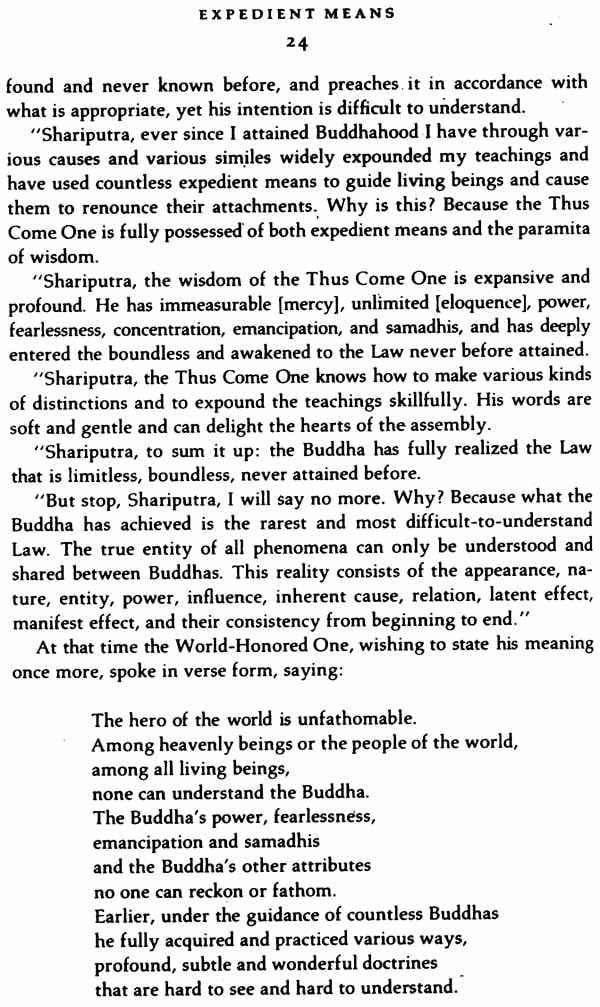 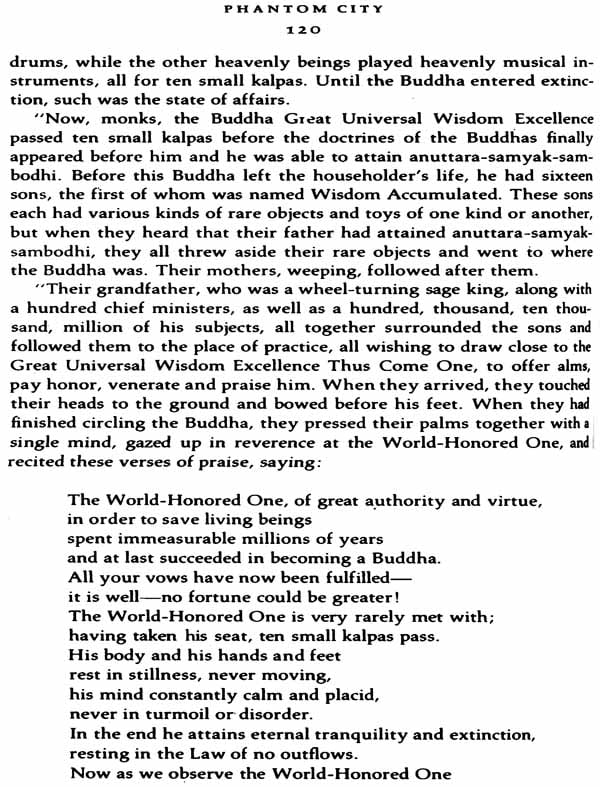 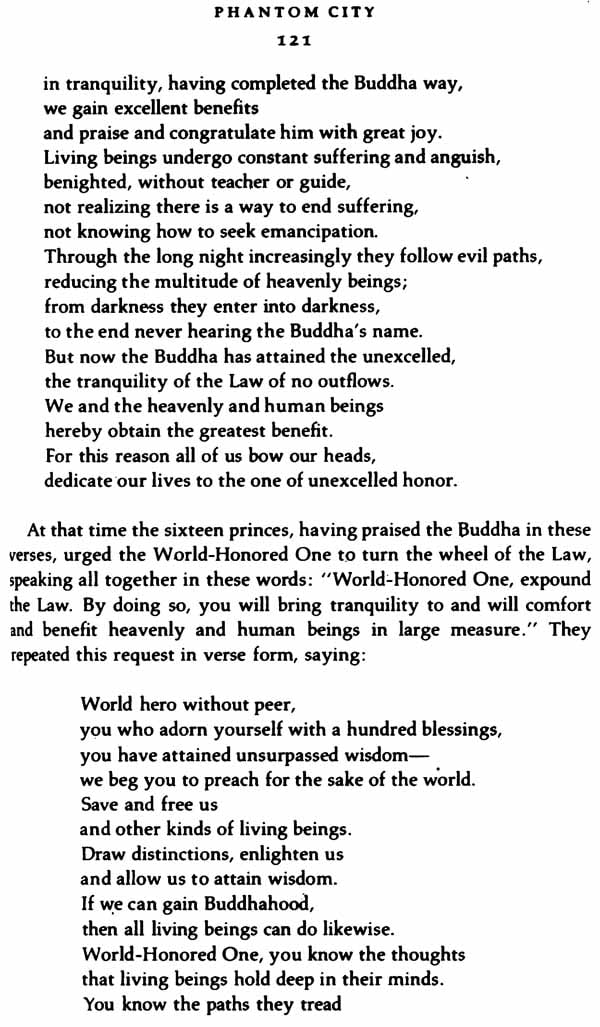 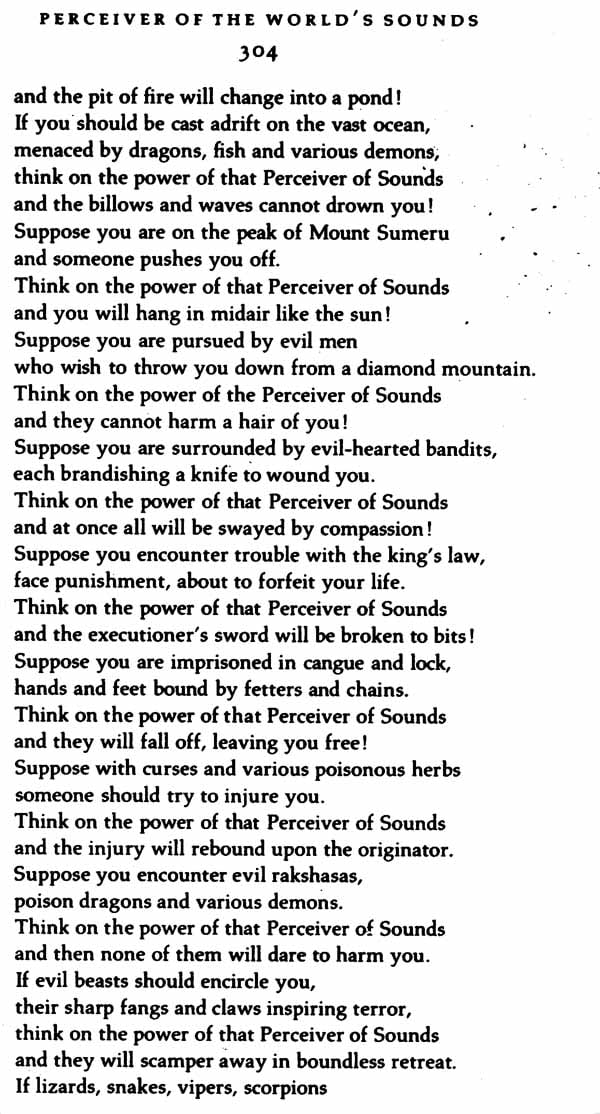 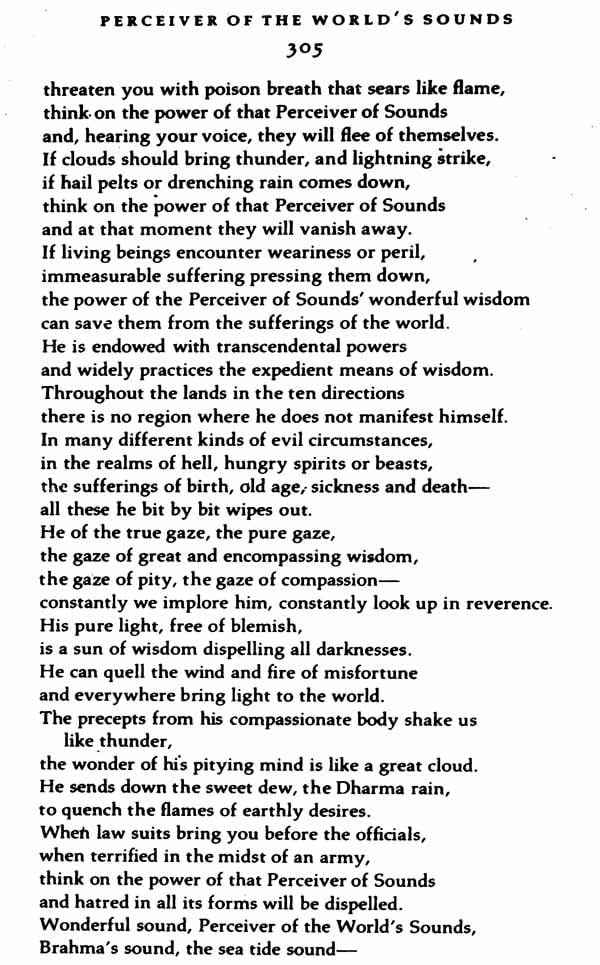 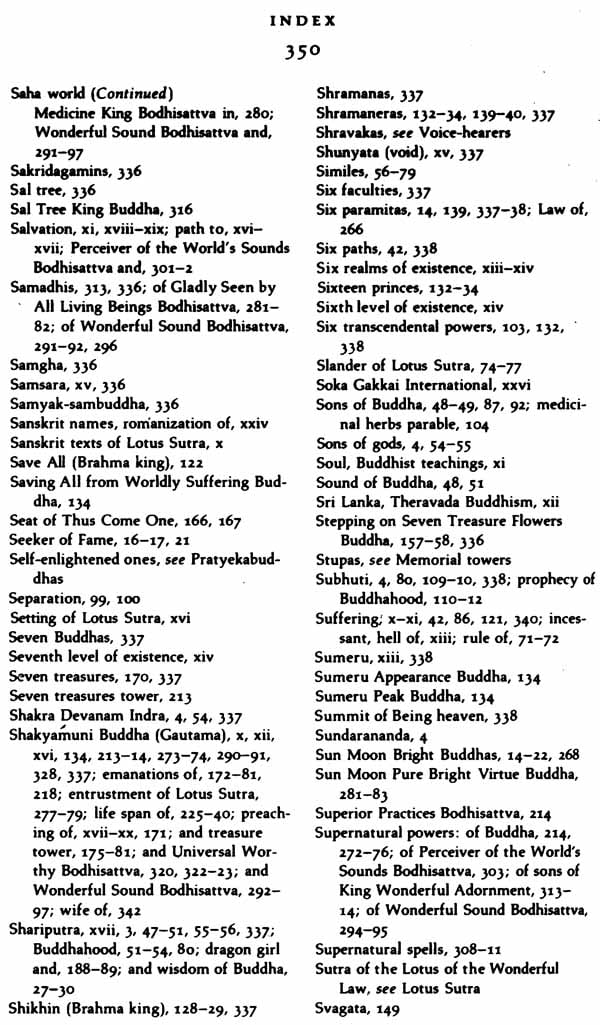 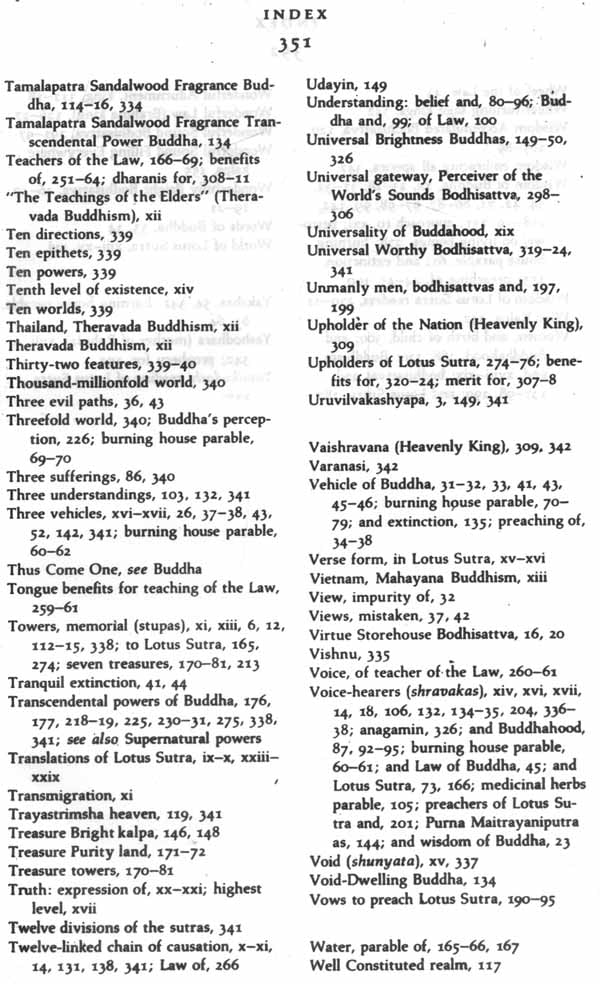 The Lotus Sutra (The Saddharma-Pundarika)
By H. Kern
$31
FREE Delivery Saddharmapundarika Sutram The Lotus Sutra (A Rare Book): Critical Edition, Sanskrit Only
By Dr. Nalinaksha Dutt
$29
Out of Stock