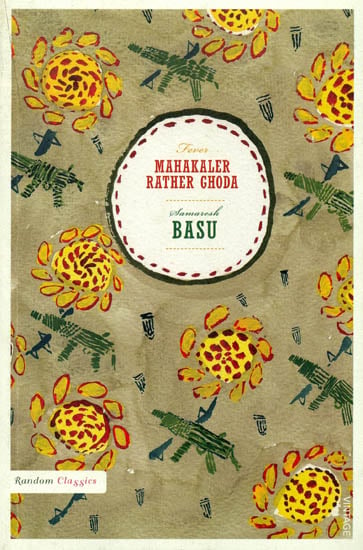 This book was set in a modern adaptation of a type designed by the first William Caslon (1692-1766). The Caslon face has enjoyed much popularity in modern times. Its characteristics are remarkable regularity and symmetry, and beauty in the shape and proportion of the letters; its general effect is clear and open but not weak or delicate. For uniformity, clearness, and readability it has perhaps never been surpassed.

SAMARESH BASU (1924-88) was an uncompromising chronicler of the working class. His gritty fiction featured workers, revolutionaries, and radicals who fought society and their own demons and disenchantment. A prolific writer of more than two hundred stories and a hundred novels, Basu also saw two of his novels briefly banned on charges of obscenity and one win the prestigious Sahitya Akademi award.

The little of the novel Mahakaler Rather Ghoda succinctly captures the brutal irony that is so central to its structure. The title literally means 'Horse to the Chariot of Time', and in combination with the prefatory poem referring to the countless anonymous soldiers without whom the historical transformation underlying the Mahabharata would not have been possible, it highlights the tragedy of the subaltern revolutionaries in the Naxalite uprising of North Bengal in the late 1960s. This class, like a beast of burden, pulls the chariot of history and its rebellion is a direct and spontaneous outcome of the daily exploitation that it suffers, and yet it is not given its due in history; nor does it reap any benefits from the revolution. When the Adivasi protagonist of the novel, Ruhiton Kurmi, is released from prison and returns to his village under strict surveillance, he does not meet any of the impoverished peasants; the people who welcome him back as one of their own are either unfamiliar or his former political enemies, trusted supporters of the rich. Even his family members have joined hands with the state machinery.

The Naxalite uprising of the impoverished peasantry was largely led by middle class Maoist intellectuals with remarkable support from the urban student community. These upper class revolutionaries were immersed in theoretical debates informed by the literature of communism while the illiterate, landless peasant understood the same historical situation from his practical experience. The bookish and theoretically engulfed intellectuals differed bitterly among themselves from the very outset-as, sadly, in the history of the international communist movement-exposing thereby fissiparous tendencies which destroyed the movement from within. The subaltern revolutionaries were trapped between the retaliatory violence of the state and the theoretical divisions of the ideologues.

In this sense, the novel brings out the inherently tragic possibilities within the uprising. The uprising gave rise to several first hand/autobiographical accounts like Communis by Raghab Bandyopadhyay and popular fiction like Brishtir Ghran and Shaola by Shirshendu Mukhopadhyay and Kaalbela by Samaresh Majumdar. Most of the stories and novels, however, dramatized the disillusionment and psychological debacle of the urban educated youth. In contrast, Samaresh Basu focuses on the perception of the subaltern activist and his tragedy: he was in a way a pawn in the hands of the urban middle class subscribing to a specifically Maoist theory of revolutionary transformation. 0 doubt many of the elite representatives suffered imprisonment, torture, and liquidation but what happened to the peasants who were the foot soldiers of the revolution? In the 'liberated' areas, the nascent sense of a proletarian identity had been so infectious that the people had turned against traditional habits of drunkenness and wife- battering and the practice of witchcraft. But when Ruhiton returns in freedom to his village and family, he discovers that the community has lapsed back into superstition and obscurantism.

Actually, the movement may have begun in arousal of mass consciousness but not only did it fall apart because of the bickering of the middle class leadership, it also veered towards urban terrorism. As a result, it lost contact with the people to such an extent that it became extremely difficult to distinguish between genuine revolutionary and undercover agent. The underground nature of the movement made police infiltration easy. Thus in the very first chapter of the novel, we find Ruhiton bitterly ruminating about the large number of spies camouflaging themselves among the prisoners like green mountain leeches in the grass or earth-red snakes in the red earth. A greater threat, however, is posed not by disguised outsiders but by cynical and self-seeking insiders.

The author's knowledge of these political realities surfaces at times in the novel; after all, he had played an active role in the undivided communist party before deciding to dissociate himself from it. For instance, he writes about Diba Bagchi-who first taught Ruhiton to dream of a revolutionary transformation-and his strategy of encircling the cities by the villages where 'liberated' areas would be created by a violent uprising. This is no doubt a reference to one 'of the strategies used in the Maoist revolution in China.

He also goes into some detail about the various categories of landless and semi-landless cultivators. But his focus is really on the changing experiences of the subaltern activist partly modelled on Jangal Santhal, the Adivasi Naxalite leader. He plays down the theoretical debates not in order to deproblematize the novel but to attempt to see the uprising through the eyes of the illiterate subaltern whose knowledge of exploitation is intermeshed with the very business of living. Ruhiton's freedom of spirit is also indicated in his boyhood itself in his somewhat reckless life, often spent in gambling, wild drinking, or hunting wild animals in the forest. His affinity with the untamed primal energies of nature is suggested in the attempt to instill in his pet pigeons the hunting abilities of the hawk, but the project failed because his intoxicated father had killed the birds for food. Does this episode anticipate the futility of the later attempt to create a revolutionary consciousness? 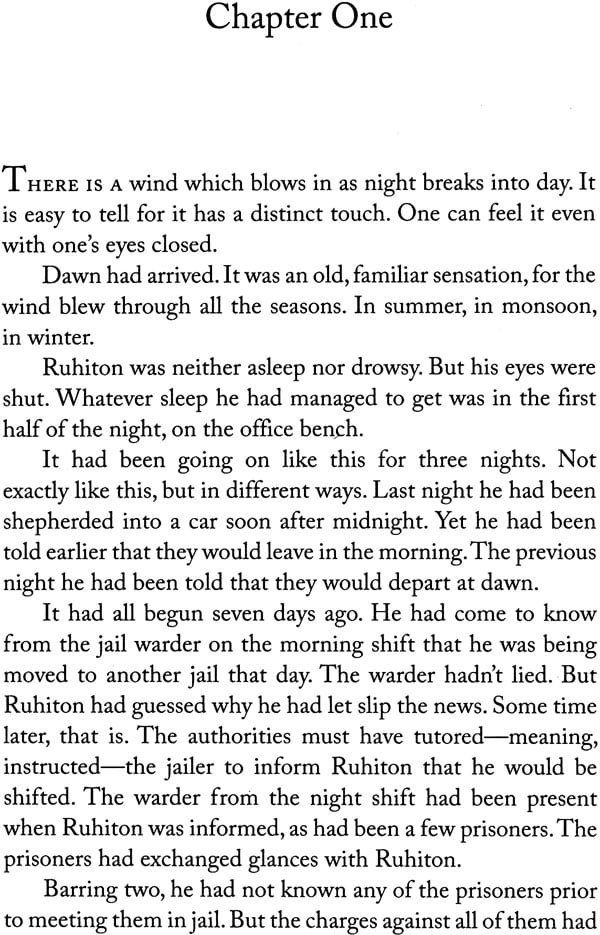 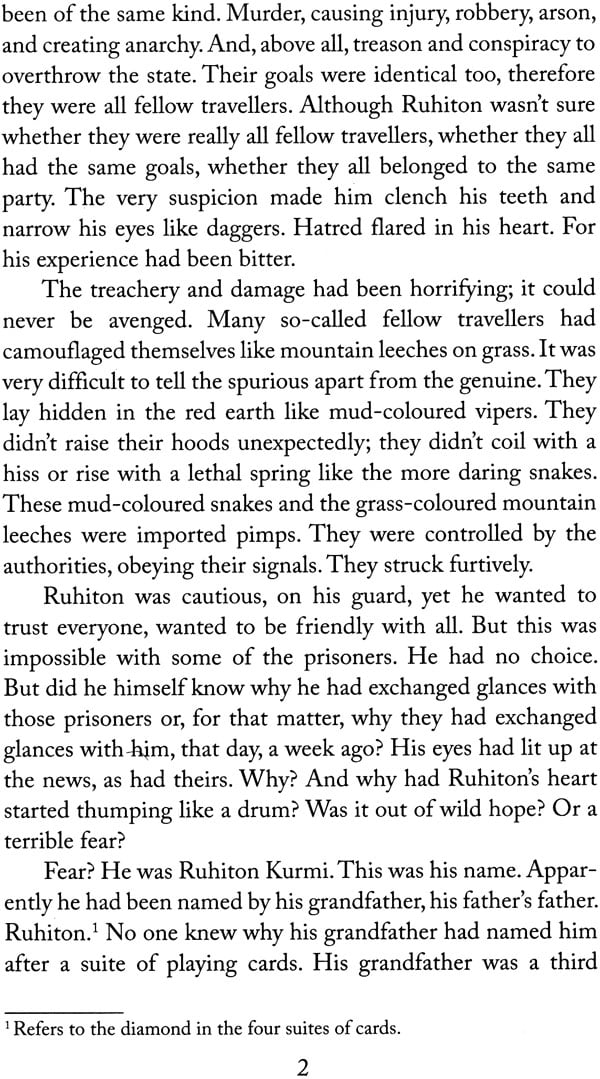 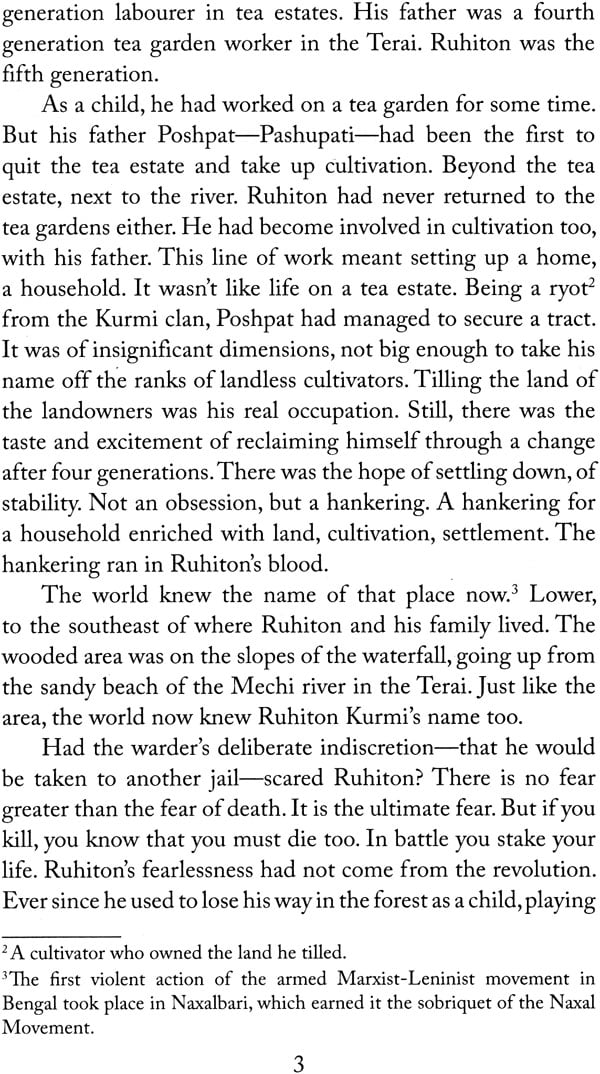 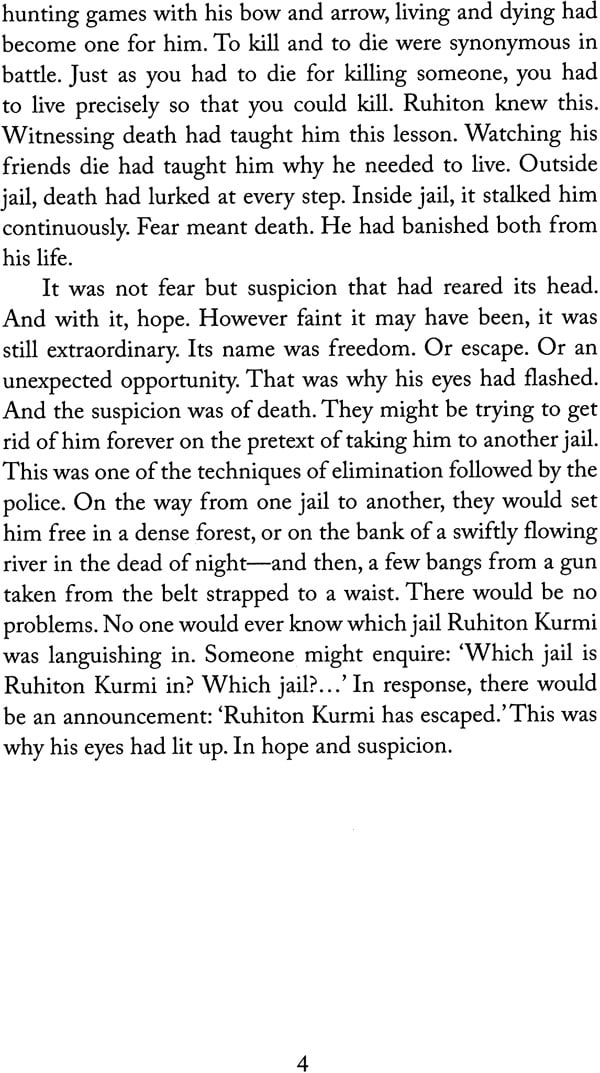 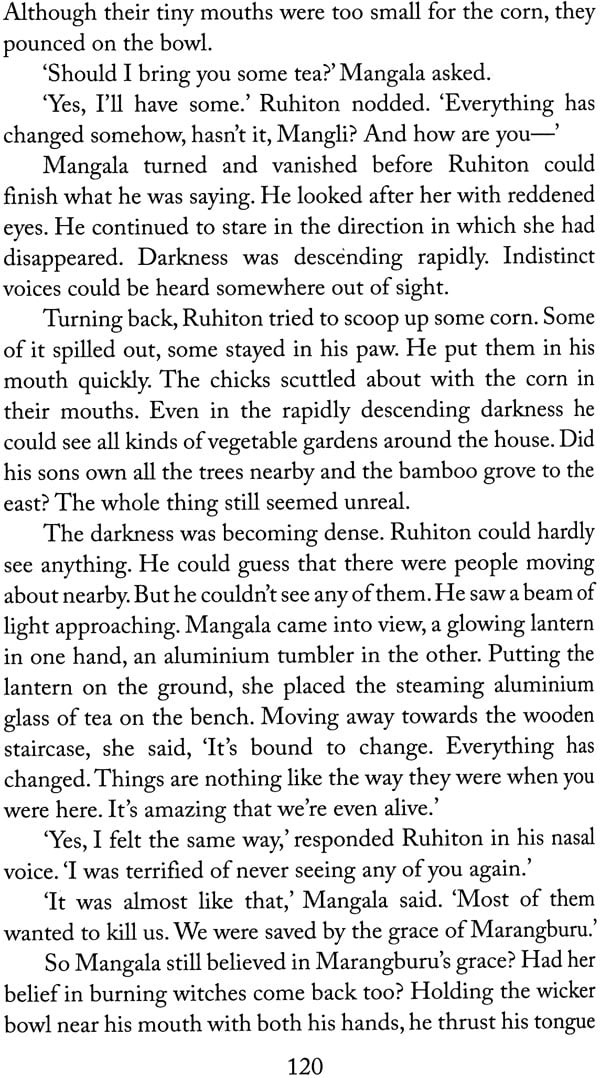 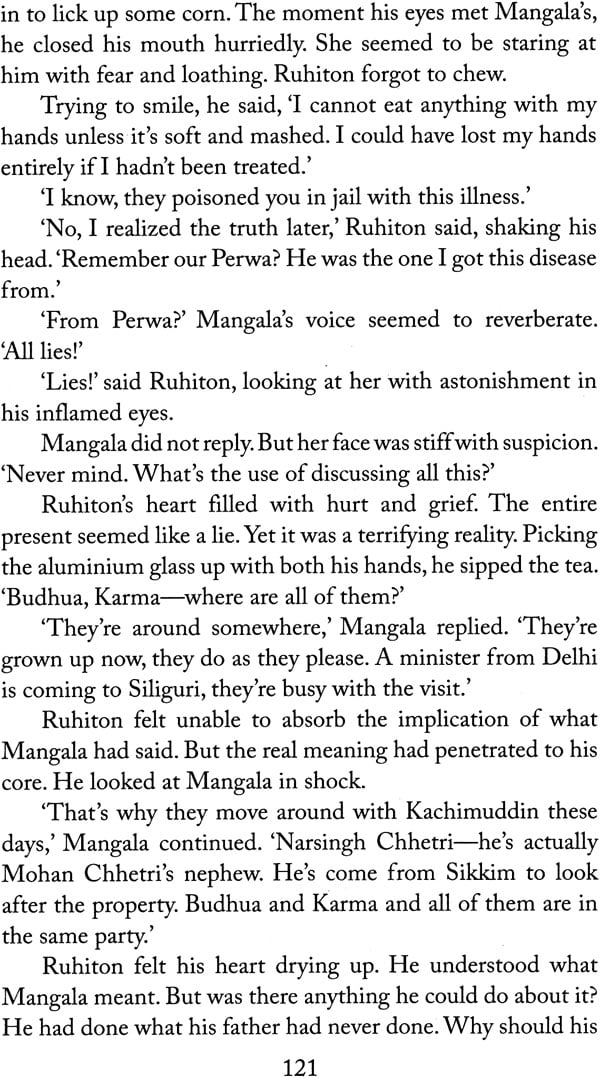 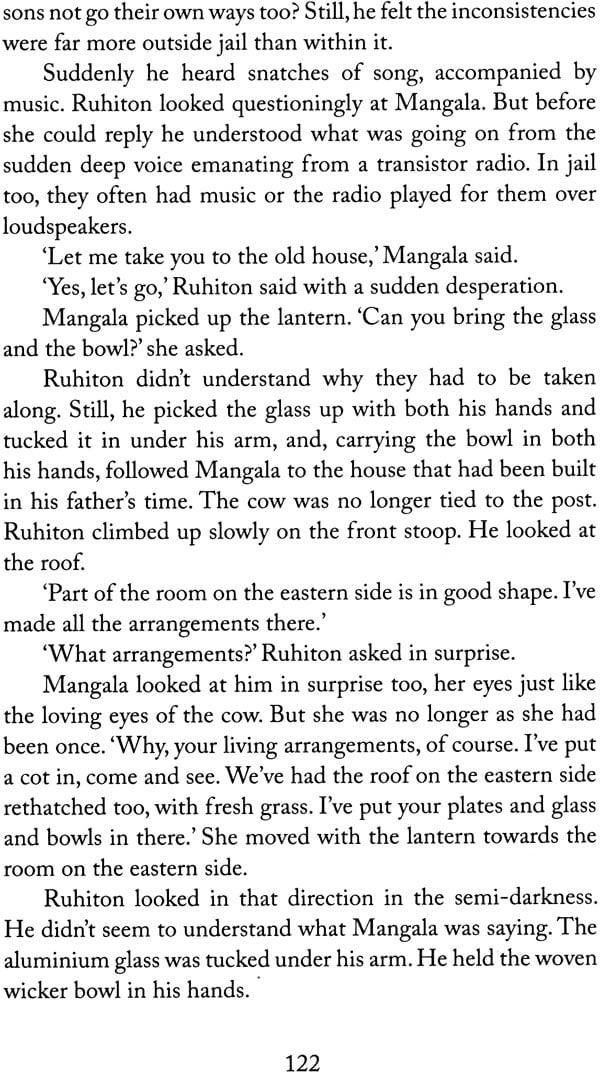 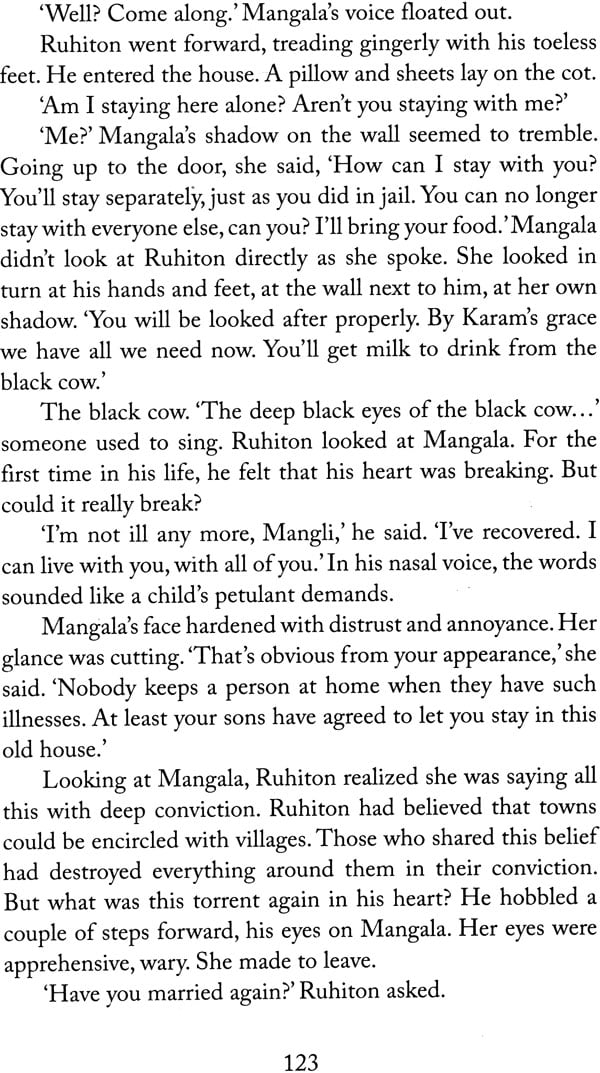 Khauna Mihir's Mound (Based on Bengali Novel)
By Bani BasuTranslated by Arunava Sinha
$23.25
FREE Delivery
$31  (25% off) 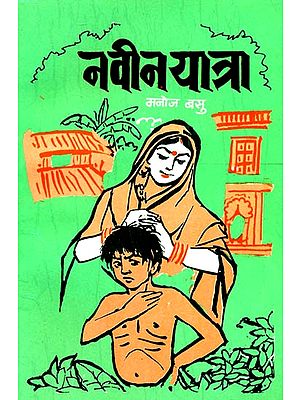 French Lover A Novel (The Explosive New Novel from the Best-Selling Author of Lajja)
By Taslima Nasrin, Translated from the Bengali by Sreejata Guha
$11.70
FREE Delivery
$26  (40% + 25% off) 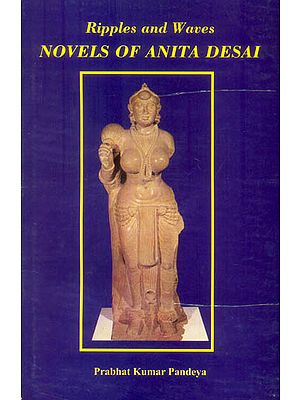 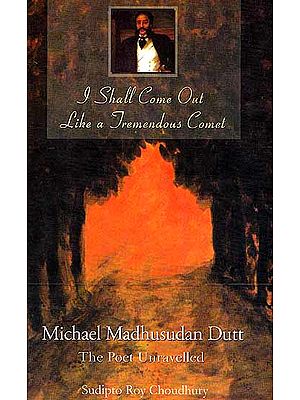 I Shall Come Out Like a Tremendous Comet (A Novel on the Life and Times of Michael Madhusudhan Dutt, the First Great Poet and Dramatist of Modern India)
By Sudipto Roy Choudhury
$24.75
FREE Delivery
$33  (25% off) 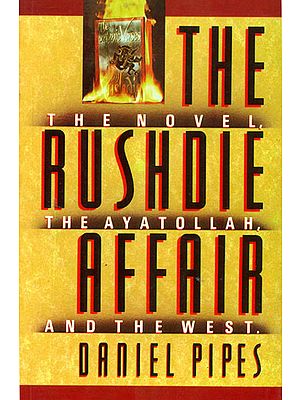 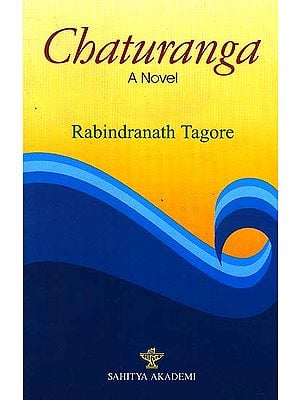