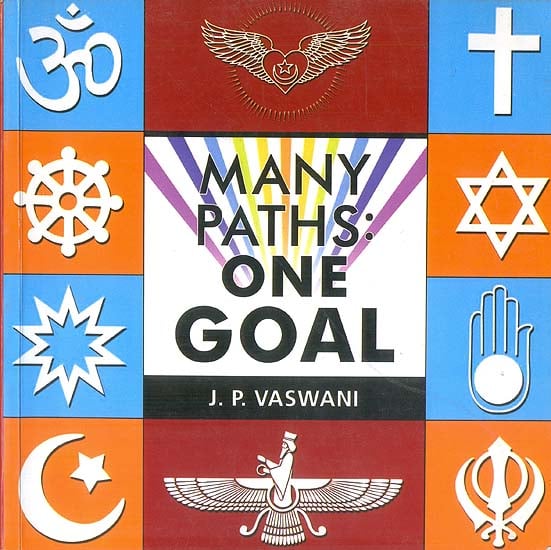 Dada J. P. Vaswani, the author of this book, firmly believes: “Religions came to unite, to reconcile, to create harmony among men.” It is this spirit of unity, understanding and harmony that pervades his attempt to write this compact introduction to the great religions of the world.

A satirist once remarked: “We have just enough religion to make us hate, but not enough to make us love one another.” Revered Dodo’s book will teach you to respect and appreciate the diverse faiths and belief systems by which we and our fellow human beings live.

As the title indicates, each religion, each system of faith, is a pathway hewn out by a community of believers to take them closer to God and Salvation. The paths may be many; but what this book brings out is that the goal is the same for all aspirants. Most of us are not found to be wanting in loyalty to our faiths; the problem is to cultivate a healthy respect for what others believe! This is a worthy aim which Revered Dada can surely help you achieve with this balanced, thoughtful work, written in the true Indian spirit of reverence and appreciation for all approaches to Truth and Divinity.

The author presents each religion as a precious jewel embellished in the crown of world civilisation. So, whether it is Christianity, Islam, Hinduism, Jainism, Judaism, Buddhism, Sikhism, Baha’ism, Sufism or Zoroastrianism, the individual artefact is distinct, precious and unique. But, the sub-stratum of belief that is at the core of their structure is eternal and unchanging: faith in the One God and the unity and fellowship of all Creation. And running as a golden thread through them all is the ultimate law which every faith never ever fails to emphasise: Do nothing that may cause pain to others.

“In my father’s house are many mansions,” said Jesus Christ. Each of these religions is rich in the spiritual treasures that it offers to us. The author, ever systematic in his approach, gives us a brief overview of each faith, its origins and its founder, its cardinal truths, its festivals and holy days and its unique features. The whole is like a rich and variegated tapestry which blends rich hues and designs and textures in its magnificent weave.

Mahatma Gandhi once said, “If we are to respect others’ religions as we would have them respect our own, a friendly study of the world’s religions is a sacred duty.” Revered Dada’s book is your perfect companion to this friendly study.

Here is a book which will reinforce your faith in humanity and help you become aware of what Vedanta emphasises: the One behind the Many, the Single Divinity behind the multiplicity of thought and creation.

In the fourth chapter of the Bhagavad Gita, we find a beautiful sloka:

However men approach Me, even so do I greet them as Mine own;

For all the paths men take from any side are Mine, verily Mine!

Speaking to his dear, devoted disciple Arjuna, the Lord says: “At the end of each path do I stand. All ways are My ways. All men everywhere walk to Me!”

Gurudev Sadhu Vaswani’s comments on this sloka are truly memorable:

His Path, indeed, is the One Path: there is no other. He is the One Bridge that spans the sea of sorrow, the Bridge of Light. The Bridge has diverse colours, and each is called by a different name. The Bridge has different sections or stages. Gnana, bhakti, karma are some of the names used by men to indicate what helps them to cross: but the path for all is still His path.

In a world torn by strife and violence, religion is exploited by unscrupulous elements that fan the flames of hatred in the name of their faith and belief. At the same time, it has become habitual for vested interests to blame religion for all the evils of society. Thus, religion today has been made a convenient scapegoat for all the atrocities perpetrated by man. Fundamentalism, intolerance, bigotry and fanaticism have crept into religious faith. Terrorism, bloodshed and killing of innocent men and women are all labelled as “religious” strife.

A man came to Sadhu Vaswani and said to him, “You say: God is Love; God is Mercy. Why is it that your God stands by and watches while there is so much violence and suffering in the world?”

Sadhu Vaswani pointed to a tablecloth. At the back of the cloth was a mishmash of crisscrossed stitches, with knots and ties and tangles. It all looked so untidy. But when the cloth was turned right side up, the man saw on it beautifully embroidered, the words, God is Love. “It is we who turn religion inside out,” the Master explained. “In truth, God is Love; God is Mercy.”

Today, in the name of religion, we have fights and feuds, sectarian strife, hatred and violence. But let us not forget that religion came to unite, to reconcile, to create harmony among men. It is not religion which has failed us, it is we who have failed religion!

Sadhu Vaswani, constantly urged us, “Let us talk of religion less, practise more!” We need to follow his wise counsel now, more than ever before. We need to put into practice the great truths and ideals of religion in our daily life. And if we really take the trouble to study the great religions of the world, we will come to know that they emphasise the ideals of Love, Peace, Service, Piety, Prayer and Brotherhood.

I humbly submit to you, that rivalry in religion is meaningless. There can be no rivalry among true religions. If such rivalry has become rampant today, it is due to want of knowledge and lack of reverence.

There are some who believe that they have the one full and final revelation of the truth; so that those who stand outside the circle of their own faith must necessarily be in error. Again, there are others who approach religious issues without the spirit of sympathy; they fix their attention on what they regard as aberrations and extravagancies of a particular religion and say, “This religion is a monstrosity!” Saddest of all, we have people who hurt and kill in the name of religion. They are ignorant of the fact that they are killing their own brothers and sisters!

This is why discord and hatred have entered the sphere of religion; and religion, which was meant to be a bond of union, has become a source of sectarian strife. Little wonder then, that young men and women today, are turning away from true religion.

India is the land of many religions and has always respected every religion. For India has profoundly believed, through the centuries, that God is One, though the ways to reach Him are many. The Hindus do not merely tolerate, but accept every religion, knowing that so many religions are but so many ways of the human soul to grasp and realise the Infinite!

We can indeed be proud of India’s inspiring history in this regard. India has always stood for religious harmony and understanding. Today, India is passing through a difficult period. But this is only a temporary, transitional phase. The history of India bears ample testimony to the fact that through the centuries, the truth and message of religious harmony has influenced the Hindu people, Hindu society, Hindu political thought and Hindu state policy - both of large empires and small kingdoms - all over India. Not only is India home to the world’s oldest extant religion, Hinduism; le has also been the cradle of other great faiths of e world like jainism, Buddhism and Sikhism. Unroll e pages of the past, and you will find that among all e nations of the earth, India alone has greeted and welcomed with love and respect every foreign religion at entered the country, judaism, Christianity, Islam, Zoroastrianism, Baha’ism, have all become naturalised in India, have become religions of India and have been influenced by the Indian environment. When they first entered India, they were all received with respect and love. This is an outstanding example of tolerance and liberalism in world history. And it is this spirit that this book is meant to reflect. 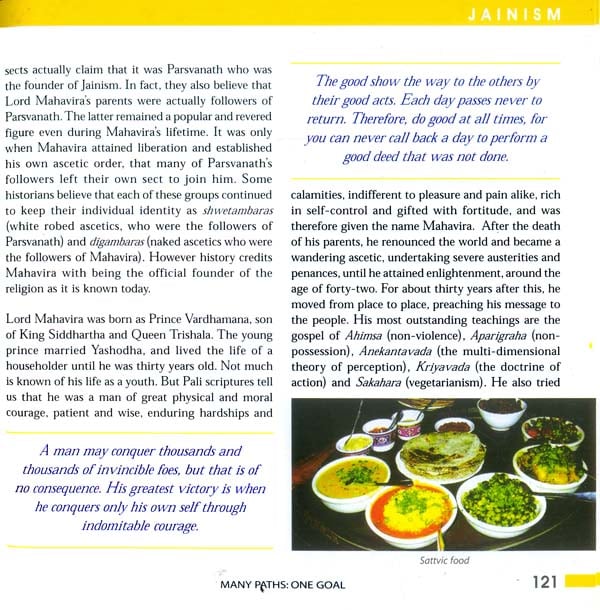 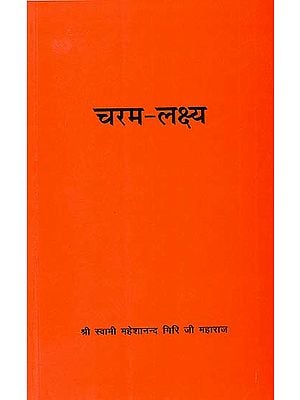 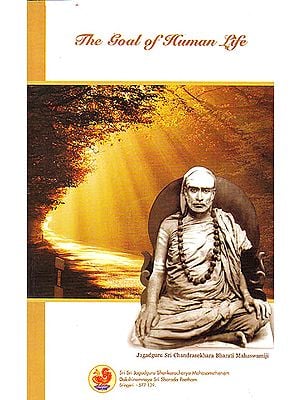 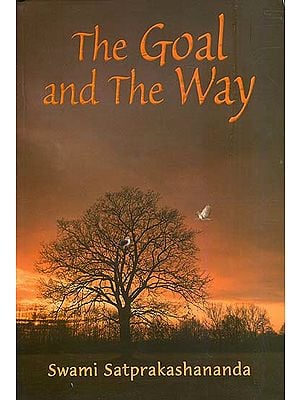 Do All Religions Have The Same Goal?
By Swami Dayananda
$11 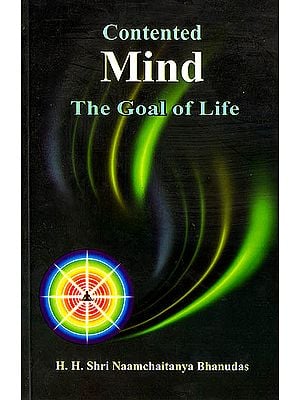 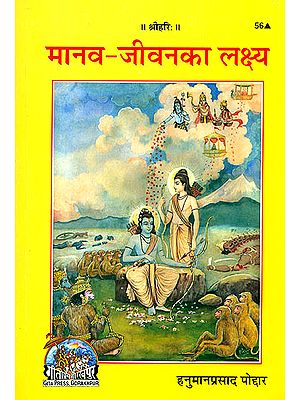 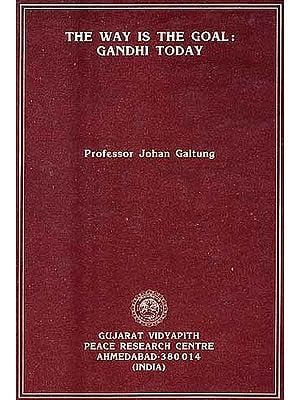 THE WAY IS THE GOAL: GANDHI TODAY
By Professor Johan Galtung
$19 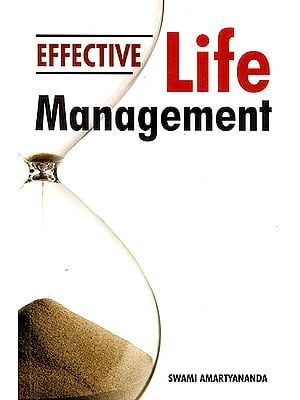 The Philosophy of the Bhagavadgita: A Study Based on the Evaluation of the Commentaries of Samkara, Ramanuja and Madhva
By S.M. Srinivasa Chari
$41
FREE Delivery
Best Seller
Add a review
Have A Question