Nandanvan and Other Stories

Lakshmi Kannan’s Nandanvan and Other Stories is a collection of seventeen of her own stories originally written in Tamil. As vivid in imagination as they are realistic, the stories in this collection are reflections on gender, sexuality, filial piety, construction of identity, culture institutions and the individual existing ‘within’ and ‘outside’.

The stories, situated in various locales—the home, a hospital, a government office, the university, the London Tube, parks and gardens, temples and restaurants—introduce us to several memorable characters. Sensitive women who negotiate their space through an essentially patriarchal culture, with confidence in the strength of their womanhood. An elderly man who understands the language of the birds so completely that the birds take over as the chief protagonists of the story and later evolve as that most concerned mourners at his funeral. A narrator who sees in a total stranger an uncanny resemblance to his dead father with whom he had a difficult relationship. An art historian trapped in a bleak and cheerless life, languishing in a bureaucratic system of the government department in which he works. The thoughts and feelings of a man in a coma, who wanders through the corridors of a subterranean region of the dead. The coming back of a women from the clutches of death as an answer to fervent prayers.

Kannan’s characters reflect their strength of spirit as they struggle with the inevitable pain of existence, everyday grievances and prejudices, the indomitable will to survive loneliness and sorrow, and the confidence to resolve inner and external conflict. Her protagonists reveal themselves through soliloquies, dialogue and evocative silences.

Kannan is her own translator. And so, the rhythms and idioms of the Tamil world translate into fluid and sensitive prose in English, masterfully retaining the intensity and ethos of the original. The spectrum of experiences and sensibilities depicted in these lucid, probing and absorbing narratives is a must read!

Lakshmi Kannan is a poet, novelist and story writer. She is also her own translator. A bilingual, she writes both in English and in Tamil. She has published twenty books that include four collection of poems in English, a novel and several collection of short fiction in Tamil, English and Hindi translation. Kannan was Sahitya Akademi Writer in Residence, Charles Wallace Trust Writer in Residence, University of Canterbury at Kent, UK, Fellow of the Indian Institute of Advanced Study, Shimla, and has participated in the International Writing Program at Iowa, USA. She lives in Delhi.

I wish to express my grateful thanks to Sahitya Akademi (the National Academy of Letters), an autonomous body under the Ministry of Culture, Government of India, for offering me a tenure as a Writer-in-Residence attached to the English Department of Jamia Millia Islamia, New Delhi, from July to December 2009, during which period I worked on this translation. I am very grateful in particular, to the Secretary of Sahitya Akademi, Mr Agrahara Krishna Murthy, who was immensely helpful in facilitating all communication between the Akademi and Jamia Millia Islamia in a smooth, swift manner so that I could start my work right away. This was offered as a part of the Akademi's residency scheme to help me pursue my creative work unhindered for a period of six months. During this period, I could travel to other universities outside Delhi to hold workshops on the short stories, to give keynote addresses on Creativity, on Developing Language Skills and on Translation and to give readings from my works. Equally, I could use the time to concentrate on translating some of my select stories and novellas from Tamil into English towards my next collection of short fiction.

My tenure as a Resident Writer under the Akademi's scheme greatly helped me stay focussed on working towards my collection of short fiction. This kind of focus is invaluable for any writer. 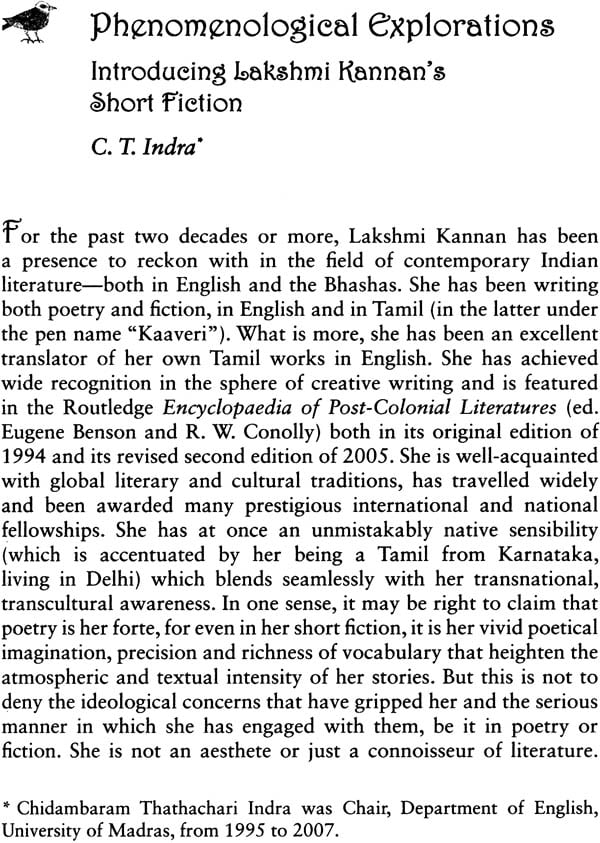 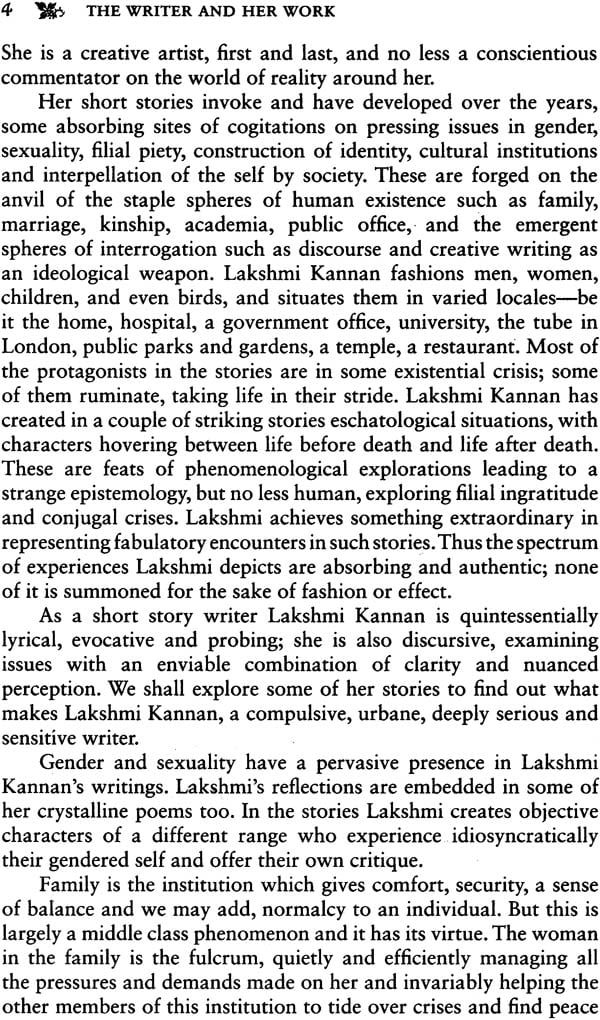 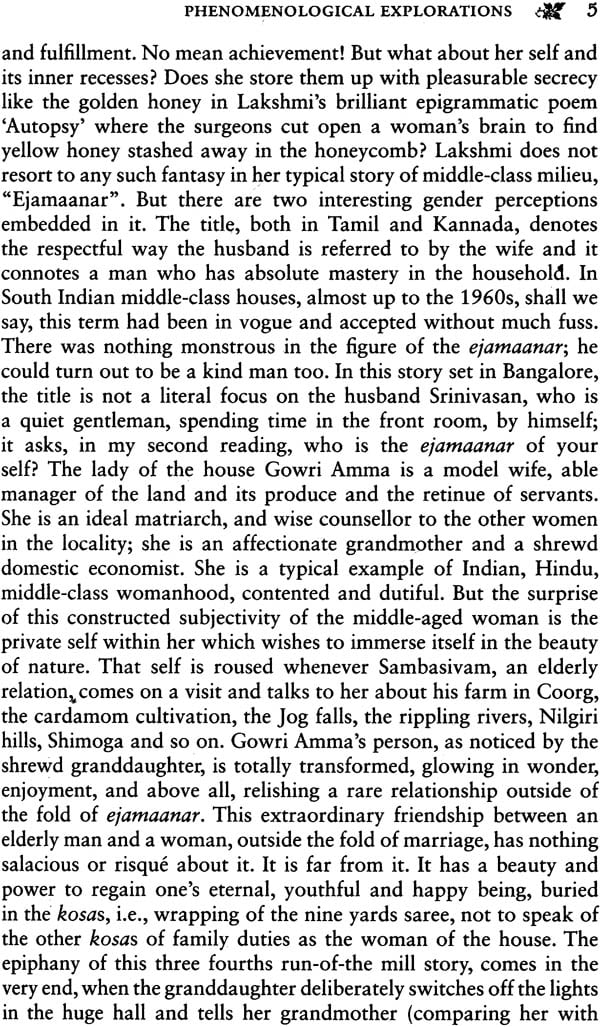 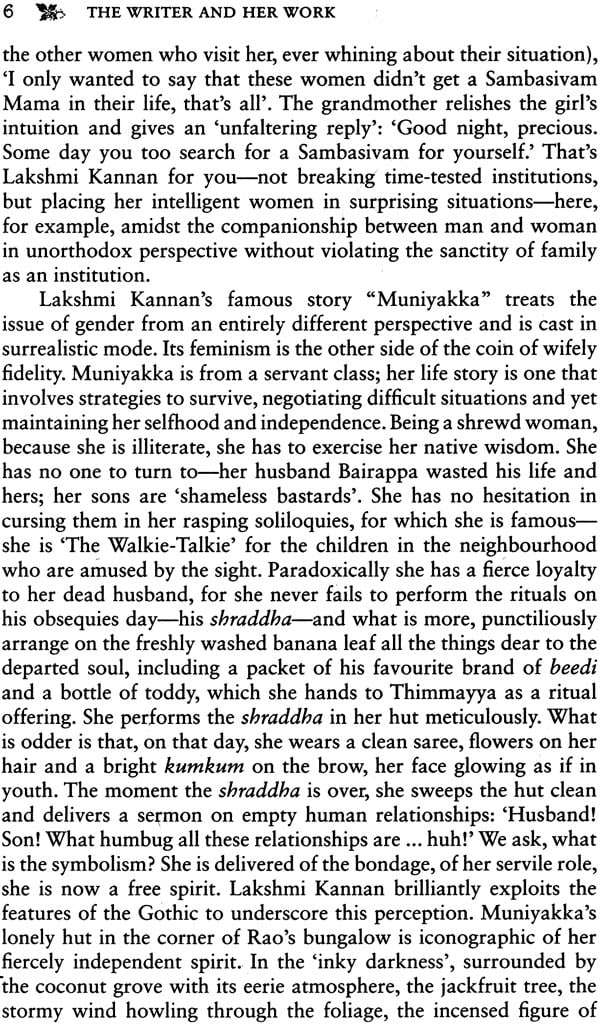 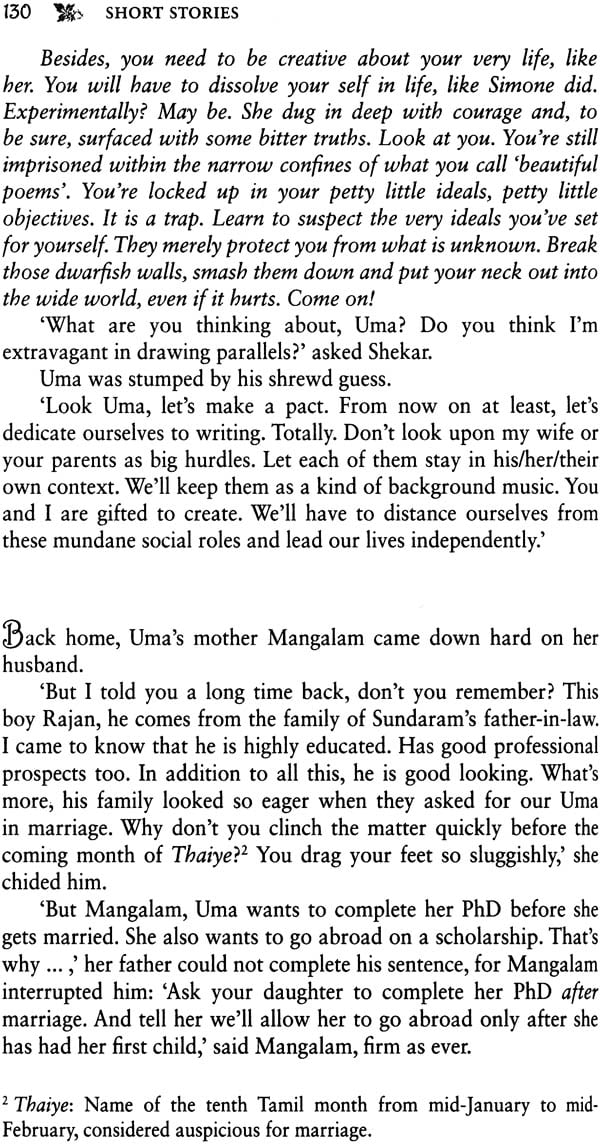 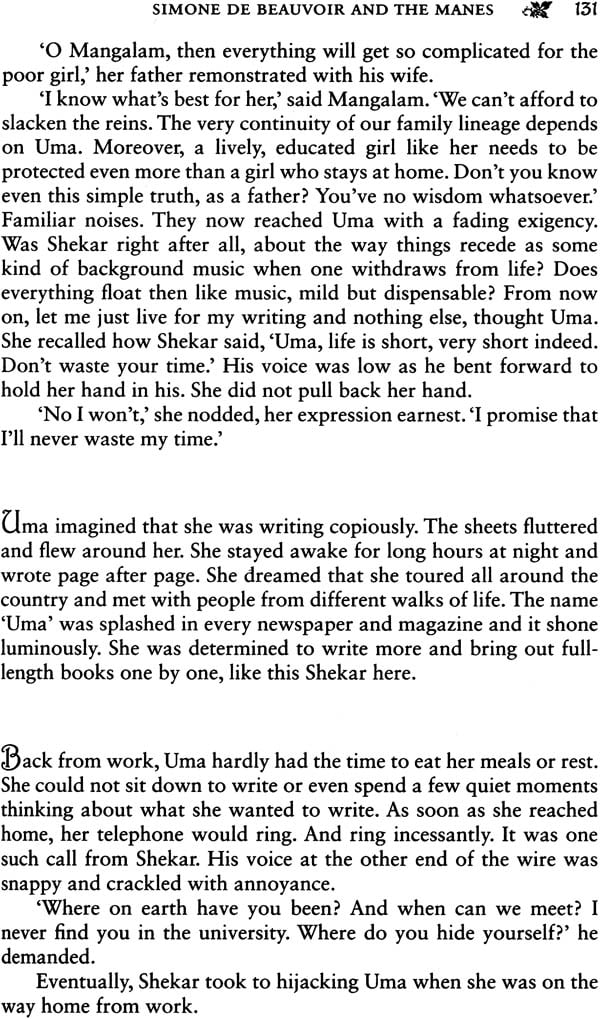 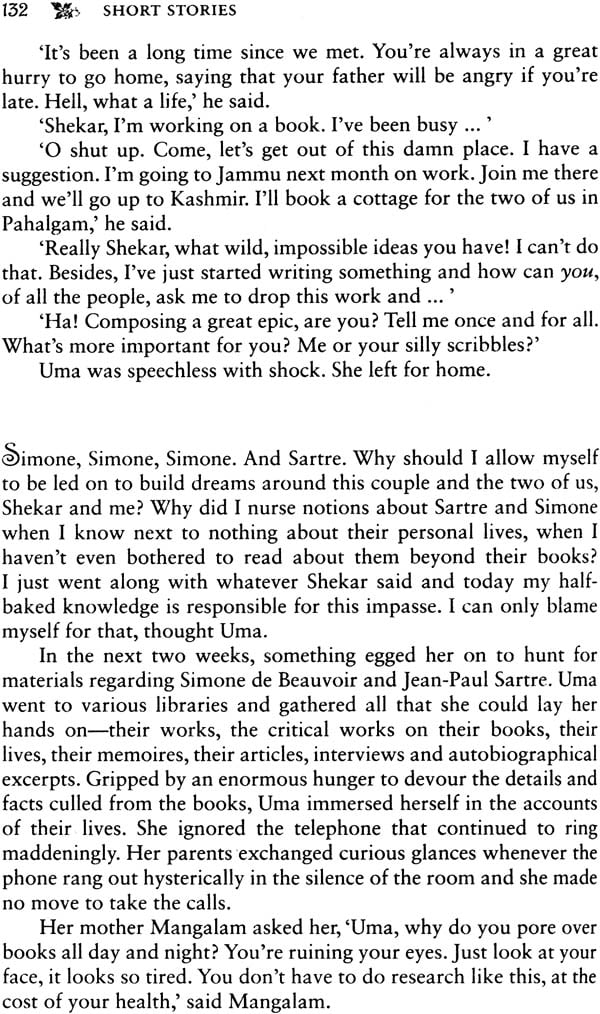 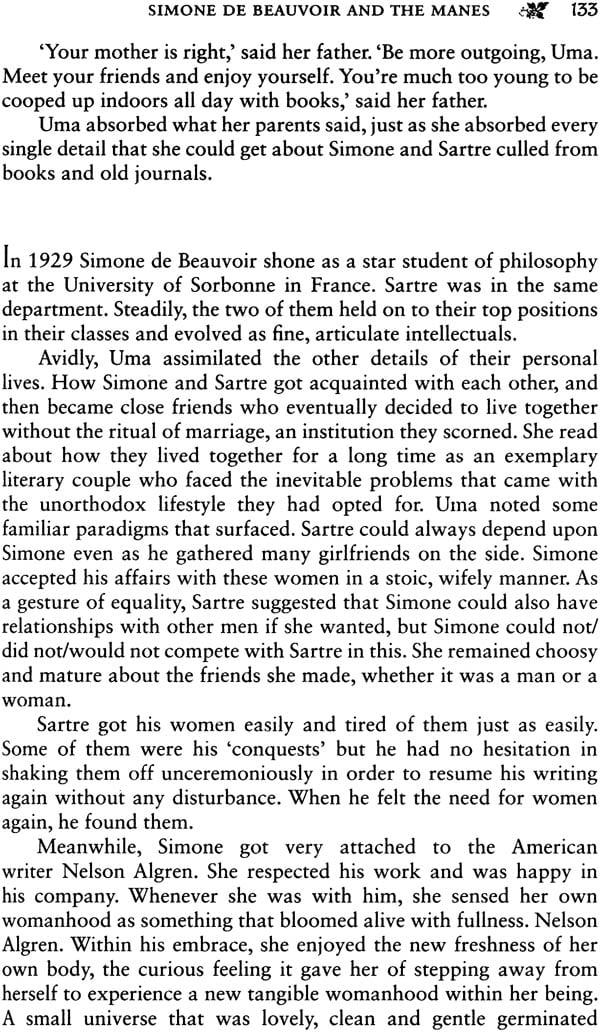 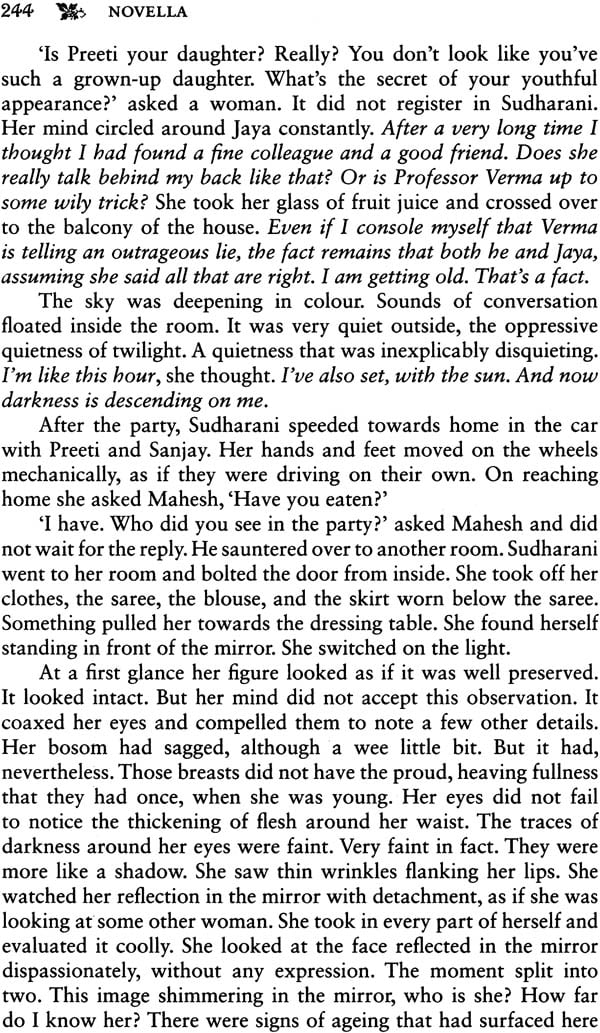 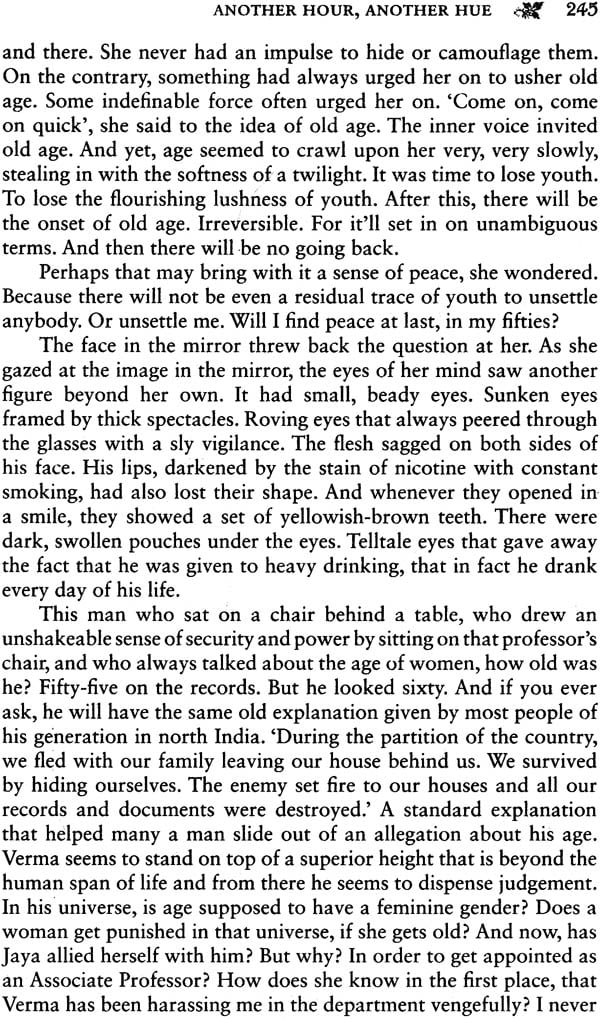 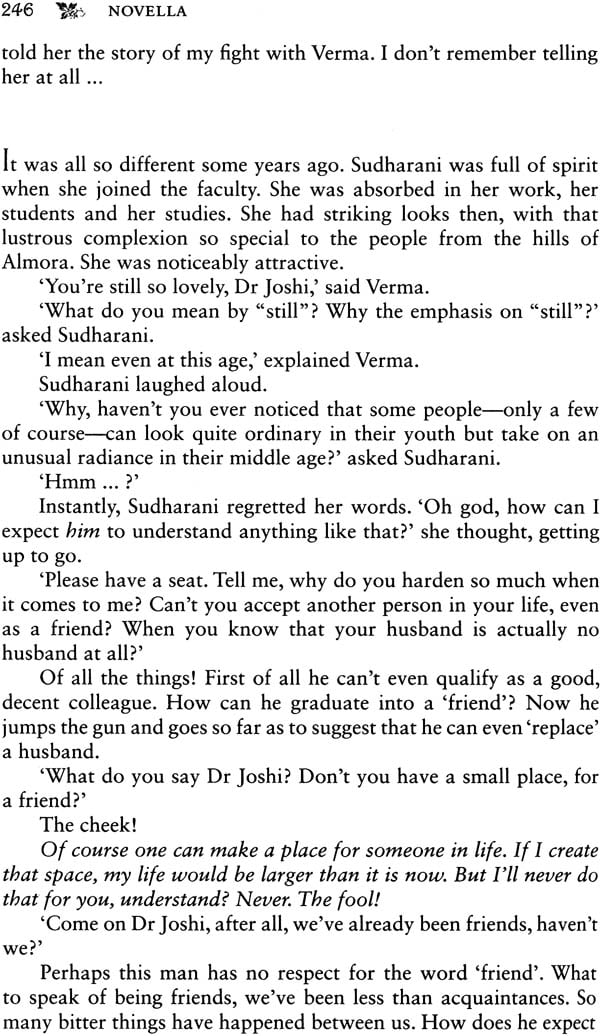 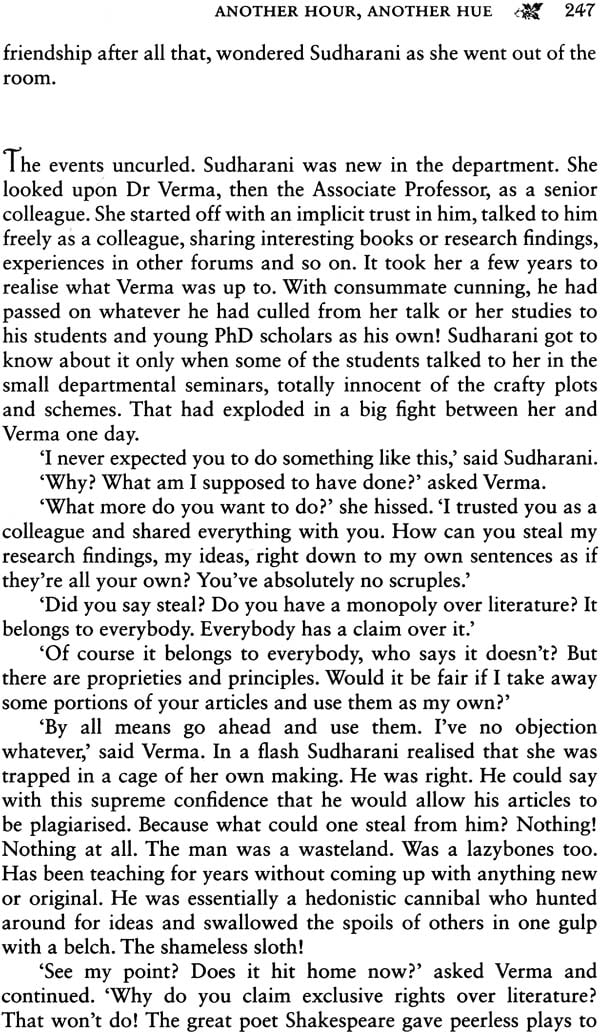 Negotiations with the Past: Classical Tamil in Contemporary Tamil
By Kannan M. & Carlos Mena
$55
FREE Delivery Thirukkural: Universal Tamil Scripture (Along with the Commentary of Parimelazhagar in English): Including Text in Tamil and Roman
By Pulavar R. Vishwanathan
$33.50
FREE Delivery
Best Seller Colonizing the Realm of Words (The Transformation of Tamil Literature in Nineteenth- Century South India)
By Sascha Ebeling
$47.20
FREE Delivery
$59  (20% off) Passages: Relationships Between Tamil and Sanskrit
By Kannan M&Jennifer Clare
$41.60
FREE Delivery
$52  (20% off)