On God is one of a series of theme books put together from the talks and writings of J. Krishnamurti. The book contemplates our search for the sacred.

Sometimes you think life is mechanical, and at other times when there is sorrow and confusion, you revert to faith, looking to a supreme being for guidance and help.

Krishnamurti explores fully the futility of seeking knowledge of the ‘unknowable’ and shows that it is only when we have ceased seeking with our intellects that we may be ‘radically free’ to experience Reality, Truth, or bliss. He presents the religious mind as one that directly perceives the sacred rather than adhering to religious dogma.

J. Krishnamurti (1895-1986) is regarded as one of the greatest philosophers and religious teachers of all times. For more than sixty years he travelled the world over, giving talks and holding dialogues, not as a guru but as a friend. His teachings are based not on book knowledge and theories and therefore communicate directly to anyone seeking answers to the present world crisis as well as to the eternal problems of human existence.

Jiddu Krishnamurti was born in India in 1895 and, at the age of thirteen, taken up by the Theosophical Society, which considered him to be the vehicle for the ‘world teacher’ whose advent it had been proclaiming. Krishnamurti was soon to emerge as a powerful, uncompromising, and unclassifiable teacher, whose talks and writings were not linked to any specific religion and were neigher of the East nor the West but for the whole world. Firmly repudiating the messianic image, in 1929 he dramatically dissolved the large and monied organization that had been built around him and declared truth to be ‘a pathless land’, which could not be approached by any formalized religion, philosophy, or sect.

For the rest of his life he insistently rejected the guru status that others tried to foist upon him. He continued to attract large audiences throughout the world but claimed no authority, wanted no disciples, and spoke always as one individual to another. At the core of his teaching was the realization that fundamental changes in society can be brought about only by a transformation of individual consciousness. The need for self-knowledge and an understanding of the restrictive, separative influences of religious and nationalistic conditionings, was constantly stressed. Krishnamurti pointed always to the urgent need for openness, for that ‘vast space in the brain in which there is unimaginable energy’. This seems to have been the wellspring of his own creativity and the key to his catalytic impact on such a wide variety of people.

He continued to speak all over the world until he died in 1986 at the age of ninety. His talks and dialogues, journals and letters have been collected into more than sixty books. From that vast body of teachings this series of theme books has been complied. Each book focuses on an issue that has particular relevance to and urgency in our daily lives. 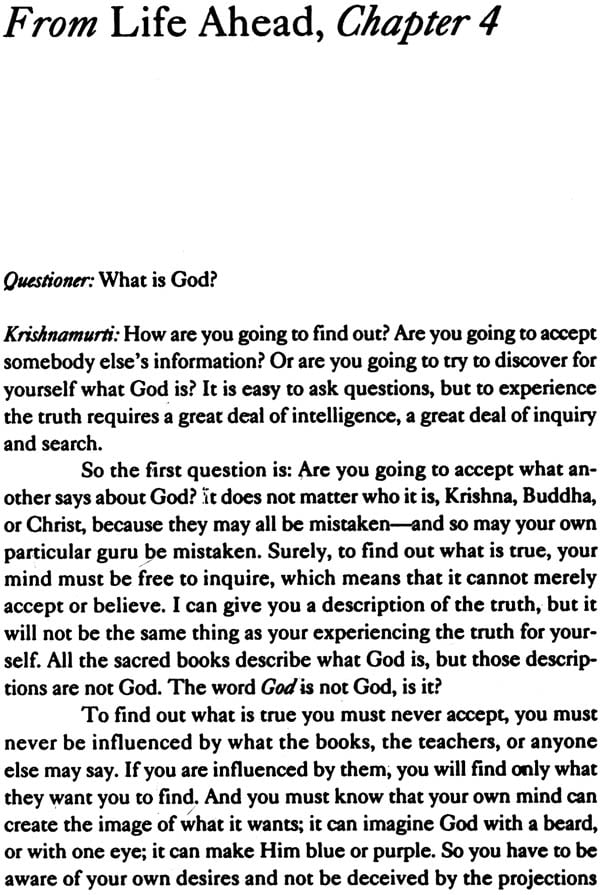 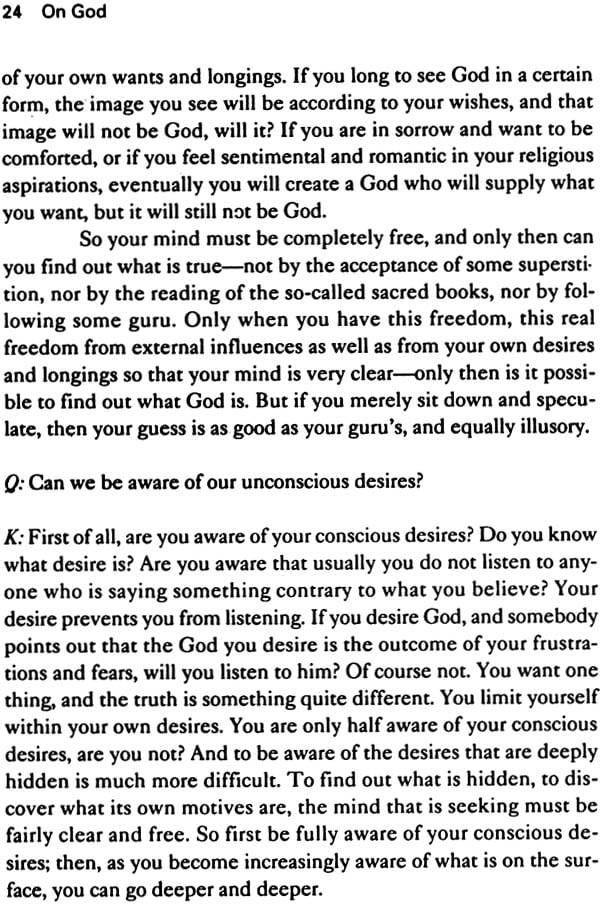 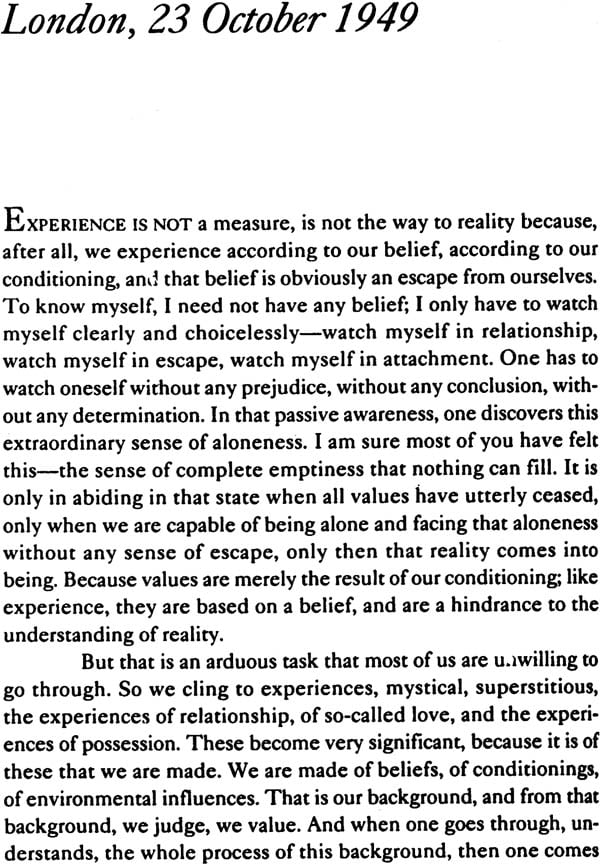 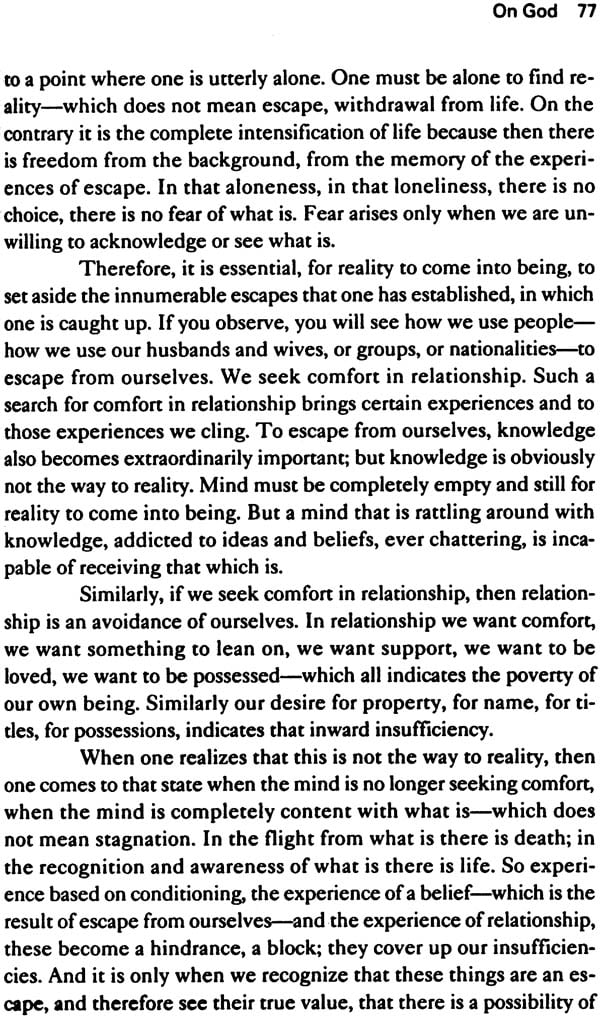 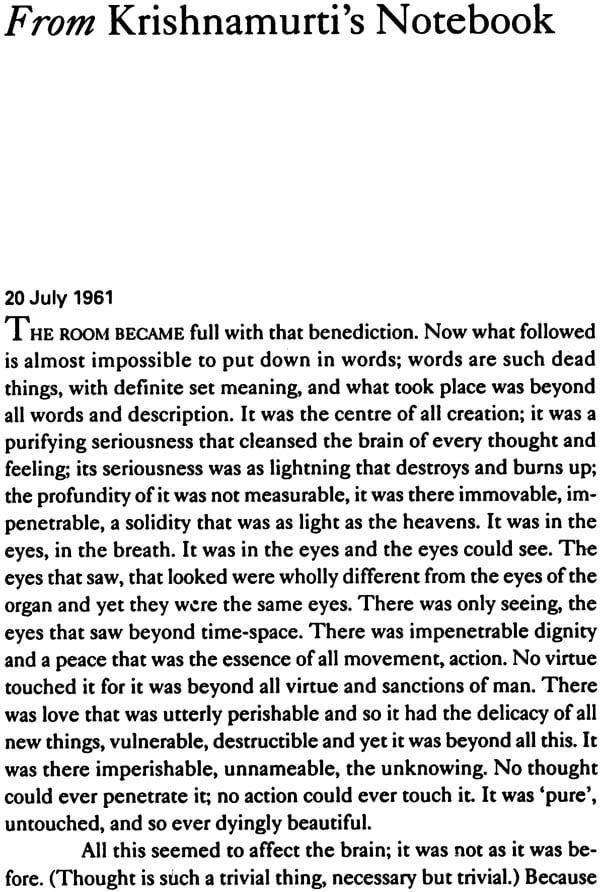 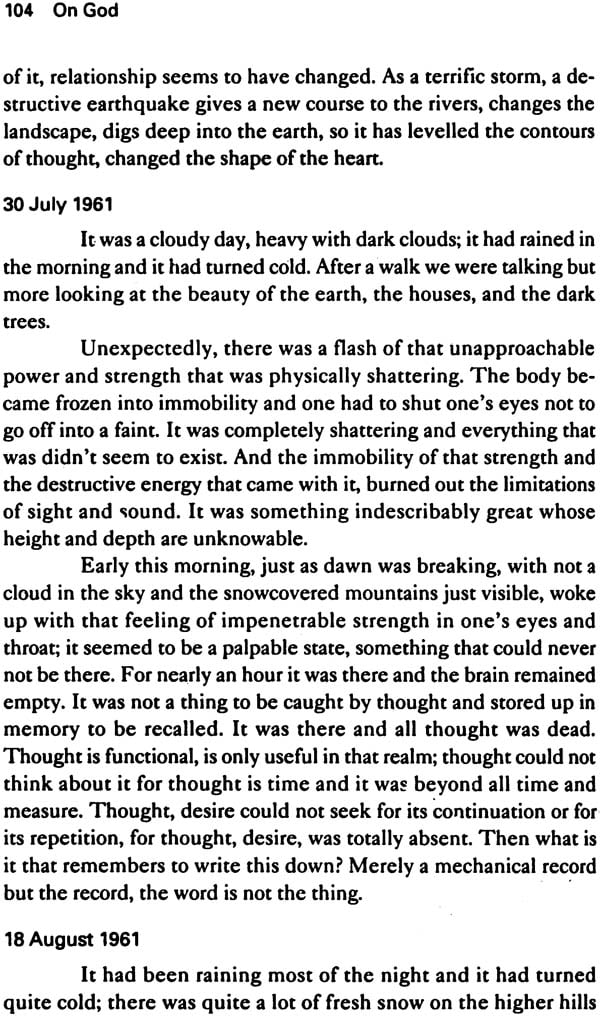 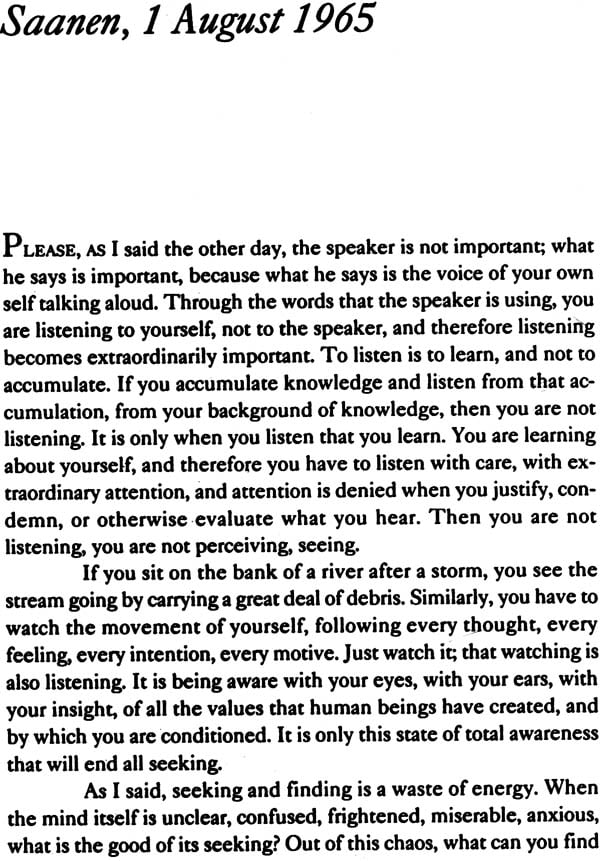 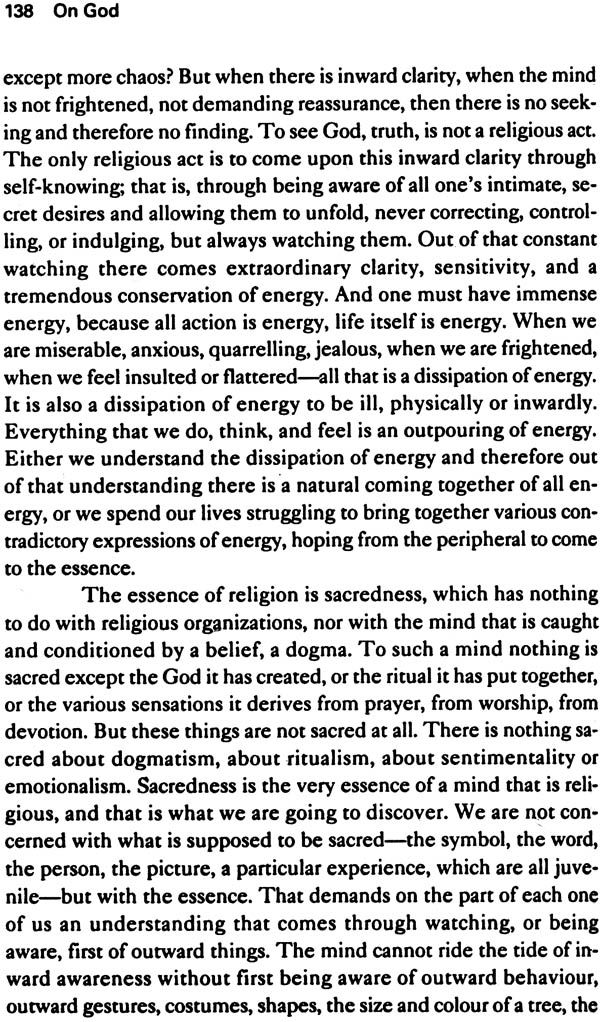 How I Found God (Roles Played by Fakir Shirdi Sai Bab as God and The Spirit Master in My Spiritual Training Resulting in God - Realization)
By Yogi M. K. SpencerEdited by Prof. S. P. Ruhela
$23.20
FREE Delivery
$29  (20% off) Sri Ganesha : Elephant Headed God of Mangalam (The God Worshipped By All Including Brahma, Vishnu, Mahesh)
By T.K.Jagannathan
$13.50 Does God Have Favourites? (And Other Heart-to-Heart Talks)
By J.P. Vaswani
$13 Where Gods Come Alive: A Monograph on the Bronze Icons of South India
By Baldev Raj,C+Rajagopalan&C.V. Sundaram
$39
Out of Stock