One Earth One Sky One Humankind (Celebration of Unity in Diversity)

An Indonesian national of Indian descent, Anand Krishna is acclaimed as a "phenomenon" by both critics and supporters. His critics wonder, "What makes him popular? There is nothing extraordinary about him." His supporters appreciate his passion for promoting peace among different sections of society, and acclaim: "He comes from The Source of All Wisdom."

Born in Solo, Central Java, on the 1st of September 1956, Anand had his early education in Lucknow, North India, where he met his first spiritual mentor, Sheikh Baba. The saint was a simple ice vendor unknown beyond the area he lived in, but he played a major role in the "making" of Anand Krishna who was already familiar with Sufi poetry and teachings of Shah Abdul Latief of Sindh, through his father, Tolaram.

Working while studying, Anand Krishna earned his Master's degree from a reputable university and was at the top of his career as Director and Shareholder of a Garment Factory in Indonesia, when he fell ill. Medical diagnosis showed acute Leukemia. Thus, in 1991, at age 35, Anand faced certain death.

After months of suffering, a mysterious meeting with a Tibetan Lama in the Himalayas, and a miraculous recovery from his illness, Anand decided to devote his life to sharing his joy, peace, love and healing.

In the last 18 years, Anand has spoken to millions through television shows, radio talks, in-house trainings, books, newspaper interviews and articles, as well as daily meetings and workshops held at Anand Ashram (affiliated with United Nations), One Earth Retreat Center, Anand Krishna Center and Graha Indonesia, the four centers of meditation established by him in the Indonesian Capital of Jakarta, the suburban city of Bogor, the palatial ancient city of Yogyakarta, and the beautiful island of Bali.

The present book is a valuable addition to the subject of religion, having been researched and written in a strictly scientific manner. The author has compiled authentic quotations directly from religious books and has left it to the reader himself to understand the crux of religion.

In my experience, there are three basic principles to which all the major religions commonly adhere:

2. All men and women being blood brothers and blood sisters to each other.

3. Doing unto others as you would wish them to do unto you.

The first principle means that there is only one God. He is the Creator. He is the Lord of the universe. He is the first and He is the last. All men and women are accountable to Him.

The second principle means that we all have a common ancestor; we all belong to the family of God. We must adopt the same friendly behaviour towards others as we have already adopted in our own family.

The third principle is a very simple guideline for human behaviour. Everyone knows what he likes and what he-dislikes, what he finds acceptable and what he find unacceptable. He must, therefore, in his interaction with others, respect the same values as he already upholds in his immediate family..

As far as I am concerned, I am a practicing Muslim. I have no bias against any religion. The best formula for social living which I have found is enshrined in the well-known saying of Jesus Christ: `Love your enemy.' I have adopted this formula "with all my heart, with all my soul". This formula, on the one hand, has removed all kinds of negativity from my mind and, on the other hand, it has enabled me to live by positive thinking; and positive thinking, no doubt, is the greatest aid to personality development and intellectual growth. 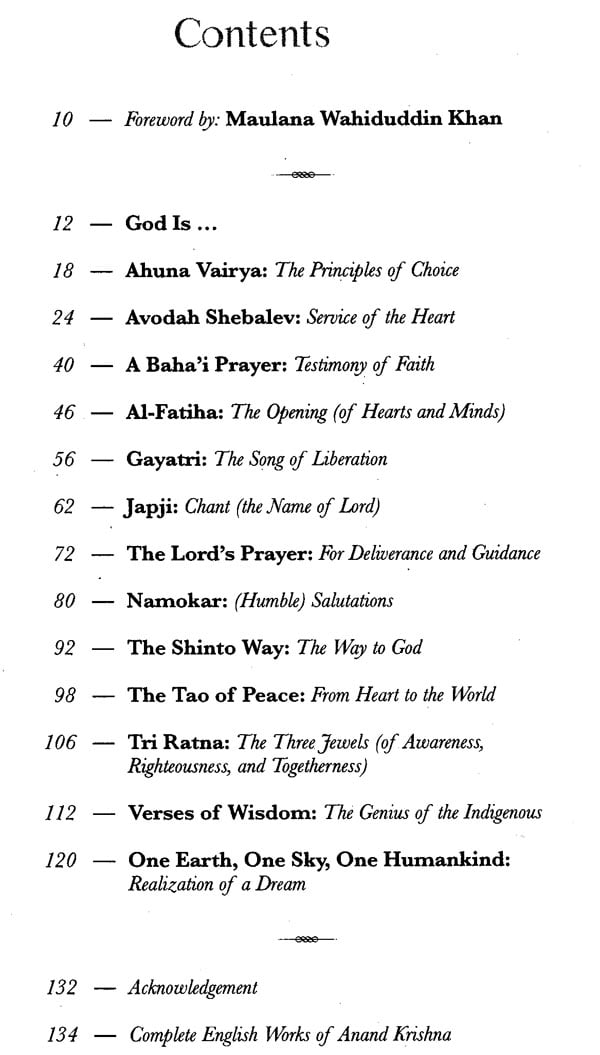 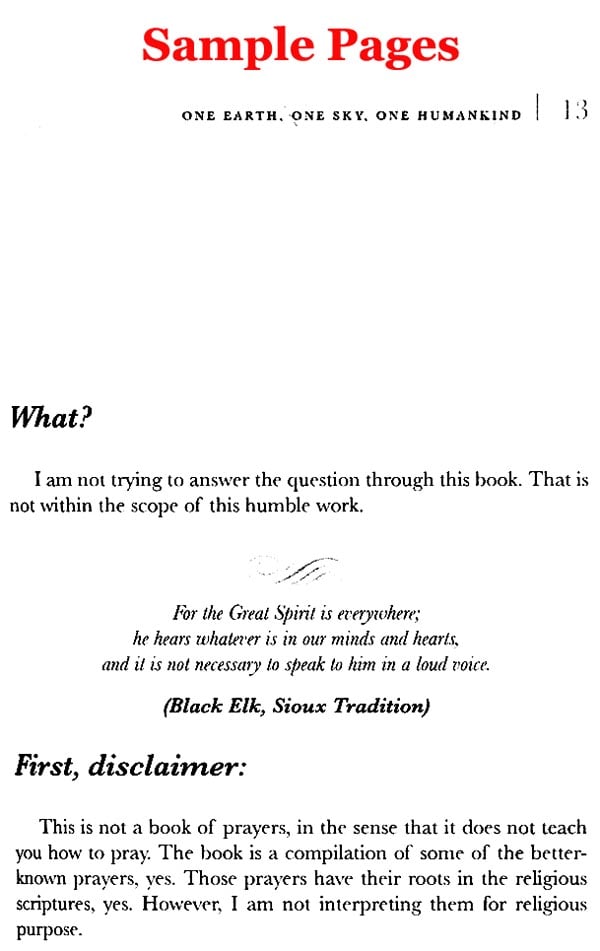 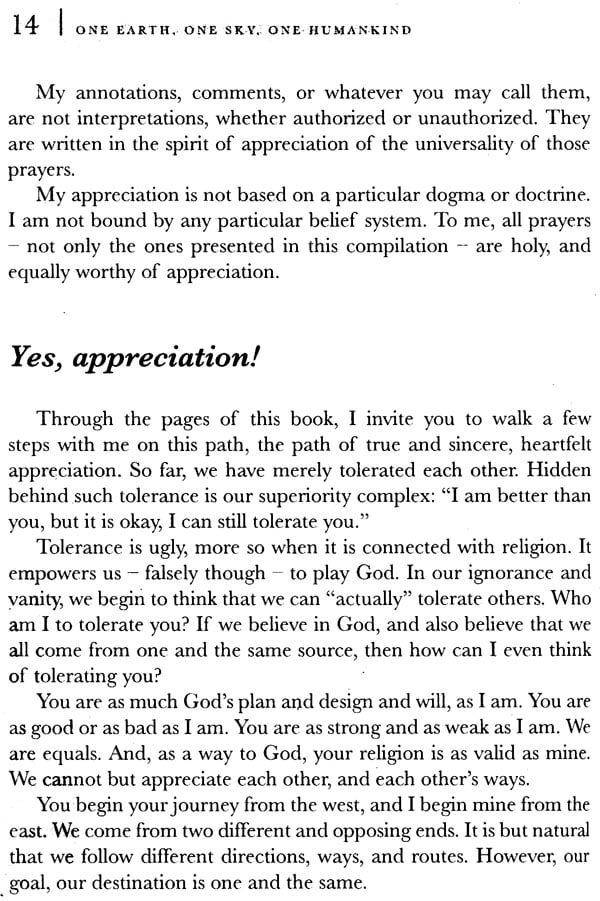 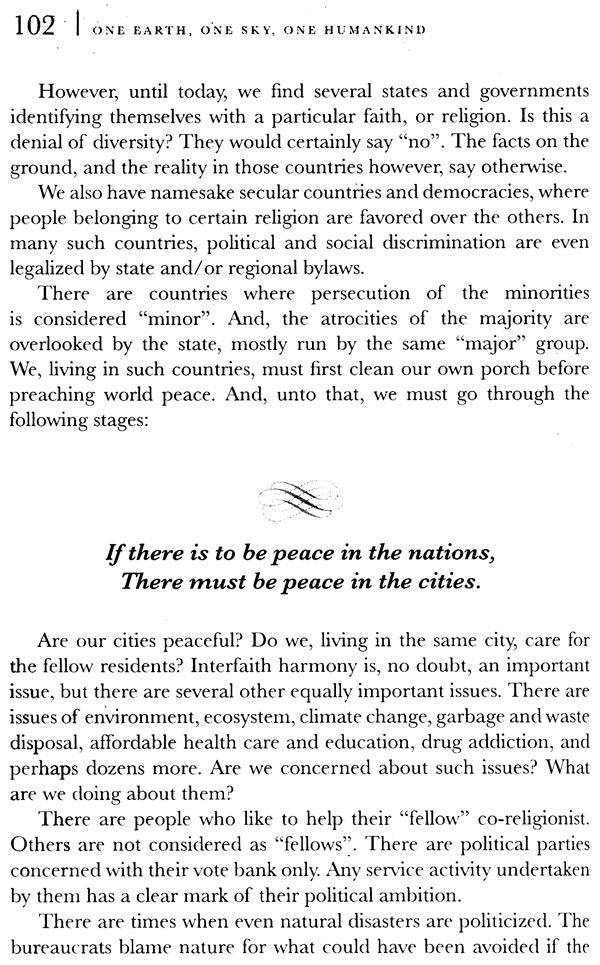 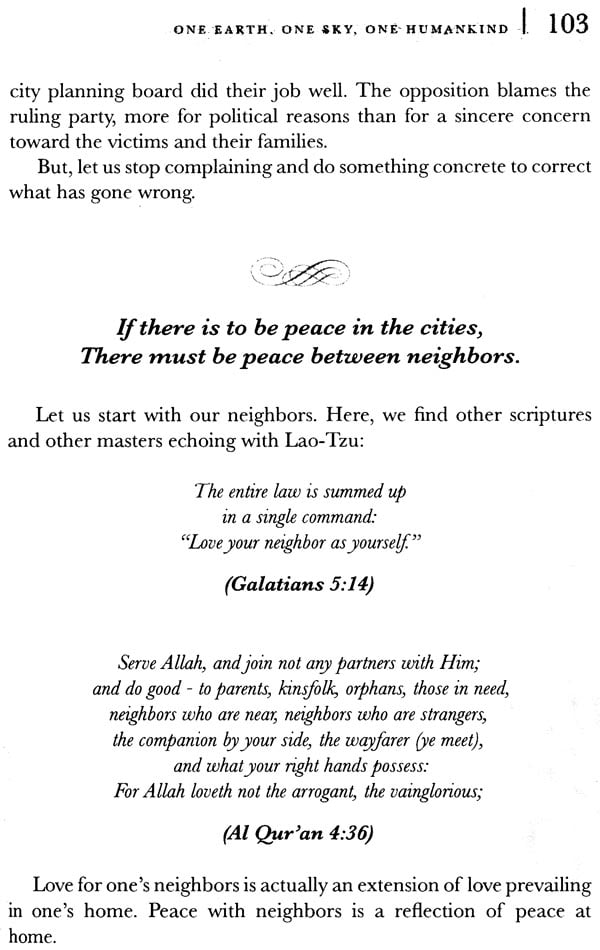 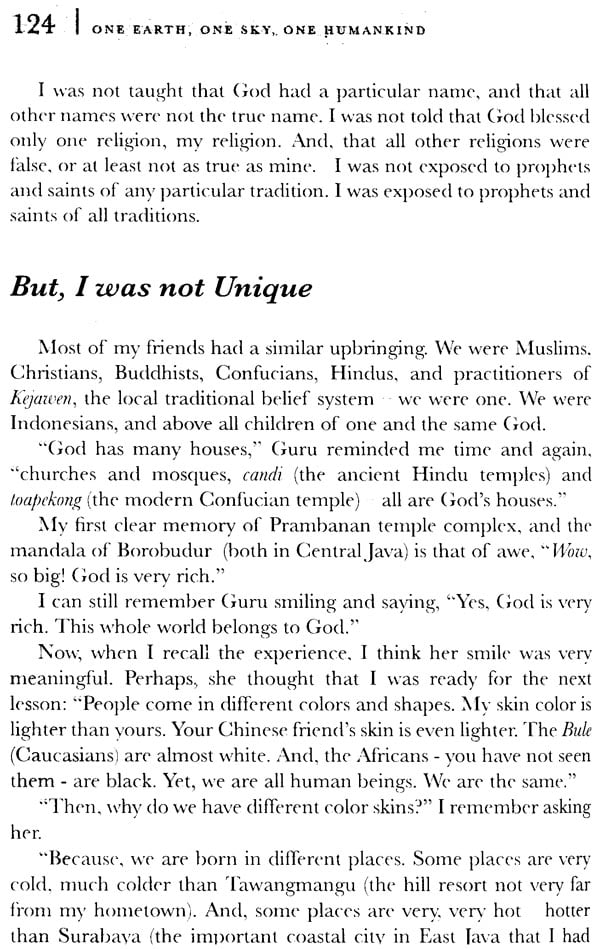 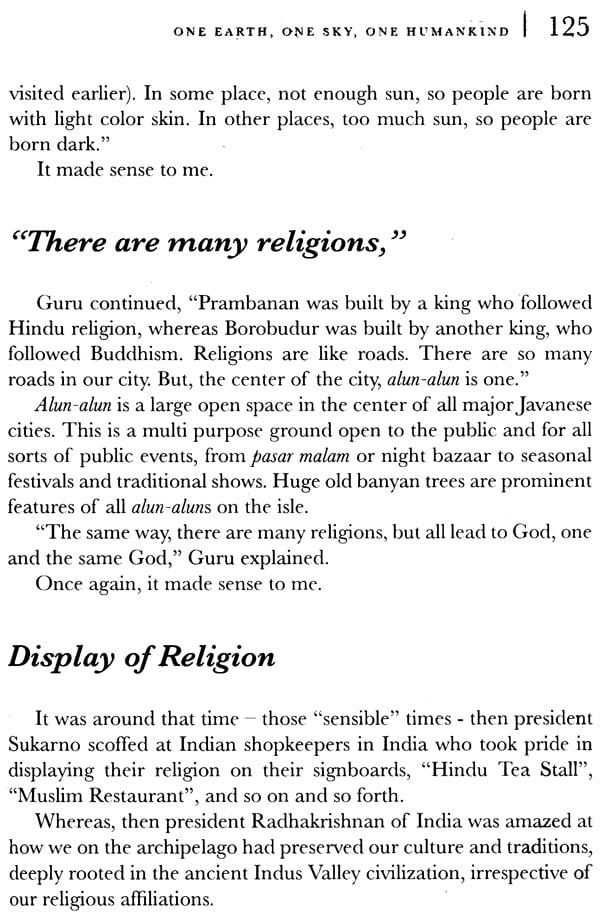 Krsna the Reservoir of Pleasure
By A. C. Bhaktivedanta Swami Prabhupada
$7 The Sri Krsna Temple at Udupi (The Historical and Spiritual Center of The Madhvite Sect of Hinduism)
By B. N. Hebber
$40
FREE Delivery