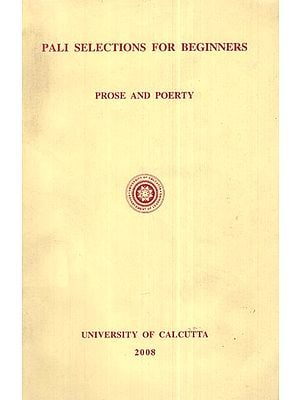 In 1967, at the instance of the authorities of the Calcutta University, the late Sailendranath Mitra prepared the Mss. copy of the textual portion of the PreUniversity Pali Selections and sent it to the Press for publication.

In 1967, at the instance of the authorities of the Calcutta University, the late Sailendranath Mitra prepared the Mss. copy of the textual portion of the PreUniversity Pali Selections and sent it to the Press for publication. While sending it, the veteran Pali scholar and linguist ardently expressed his hope that in course of the printing of the textual matter he would also provide the detailed notes on the pieces for the guidance of the teachers and the students. Unfortunately, however, it was not possible for the Press to take up the work in hand during his life-time. With his passing away on the 20th day of May, 1968, the task fell upon me, as his pupil and assistant, to complete the present work with the Notes and see it through the Press. Even so, my best efforts to expedite the undertaking were of no avail since the Press was too delay in bringing out this small but useful publication.

The plan of the present work is conceived in a well co-ordinate scheme of study and the pieces are so selected and arranged as to meet the requirements of the Pre-University Course in Pali as contemplated under the new regulations of the Calcutta University. The text provides a comprehensive course of study which may well be treated as preparatory to that prescribed for the ThreeYear-Degree Examination.

In the prose portion, the first twenty-two pieces contain a connective account of events in the life of Gotama Buddha starting from his nativity up to his acceptance of the gift of the famous Jetavana monastery. The next five pieces shed light on his teachings. These are followed by three other short pieces, of which the first refers to settlement of dispute by arbitration, the second bears on physical anatomy, and the third sets forth the scientific process of the happening of an earthquake.

As regards the poetry portion, the pieces have been selected only as specimens of different types of poetry that developed in Pali literature, canonical and non-canonical. They contain materials of varied interests: social, moral, religious, literary and historical. Here the first piece narrates how the Bodhisatta started his career in the distant past. The second piece depicts the rejoicings of gods and men at the birth of the Bodhisatta as Prince Siddhattha, who was destined to be a Buddha. The piece stands of as the earliest specimen of Kāvya poetry, on which was modelled the composition of the Kāvyas of Aśvaghoșa and Kālidāsa. The poems selected from the Theragāthā and the Therīgāthā and beautiful songs of praise uttered in deep devotion to the Buddha for the transcendental experience and perfect tranquility attained by the Brethren and Sisters. The poetry portion closes with two pieces from the Mahāvamsa, one describing the First Buddhist Council which was convened immediately after the Buddha's demise, the other mentioning the names of ancient kings who ruled in succession in India. These two pieces serve as samples of the style of epic-chronicle that developed in Ceylon. 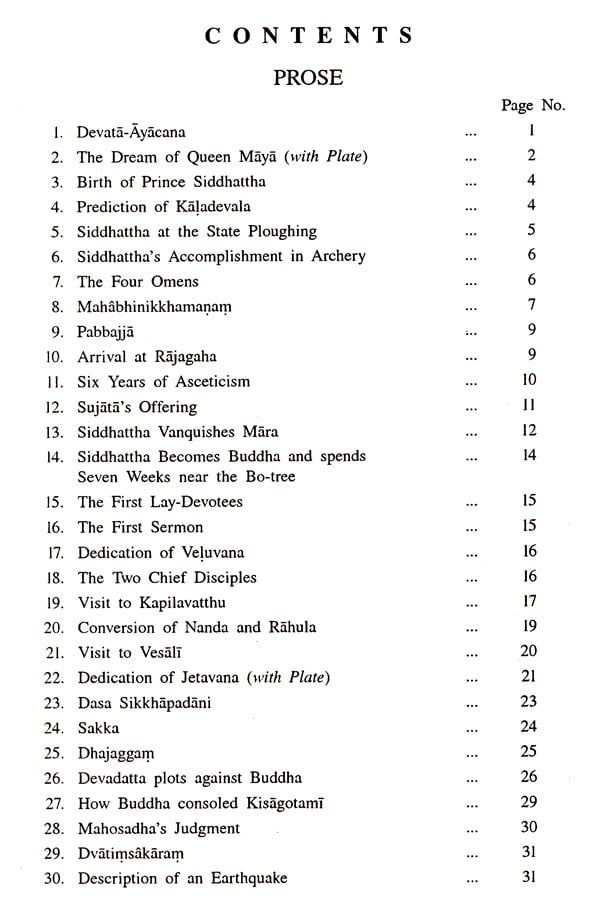 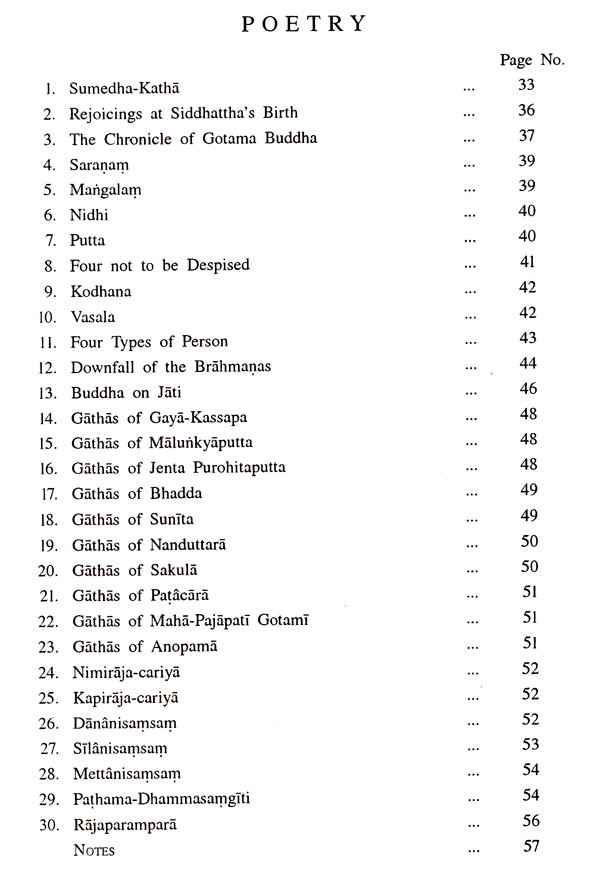 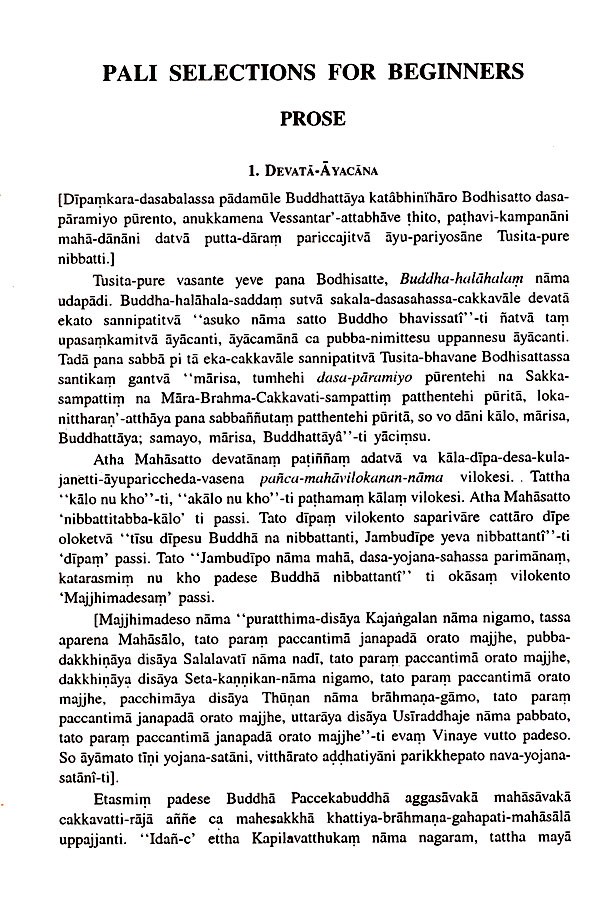 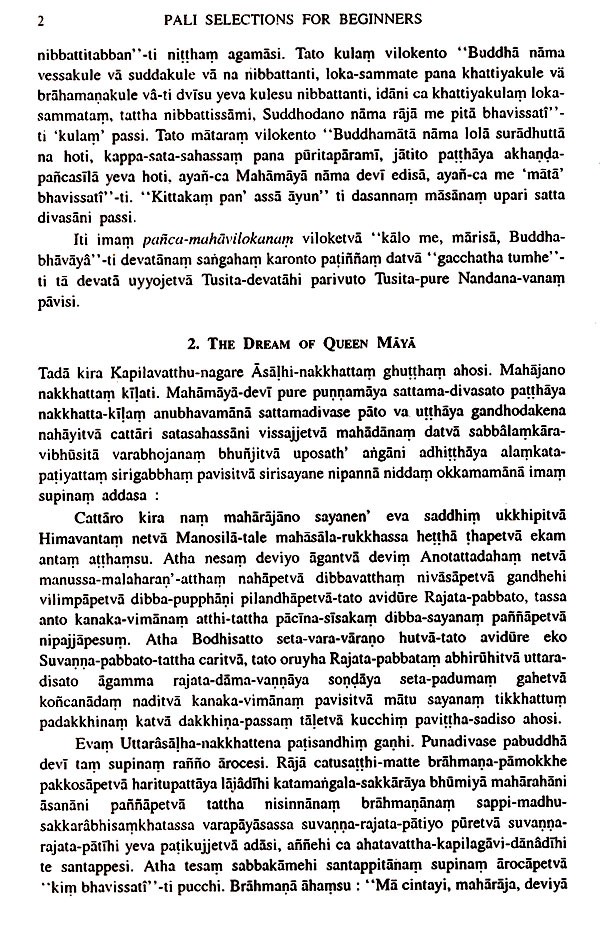 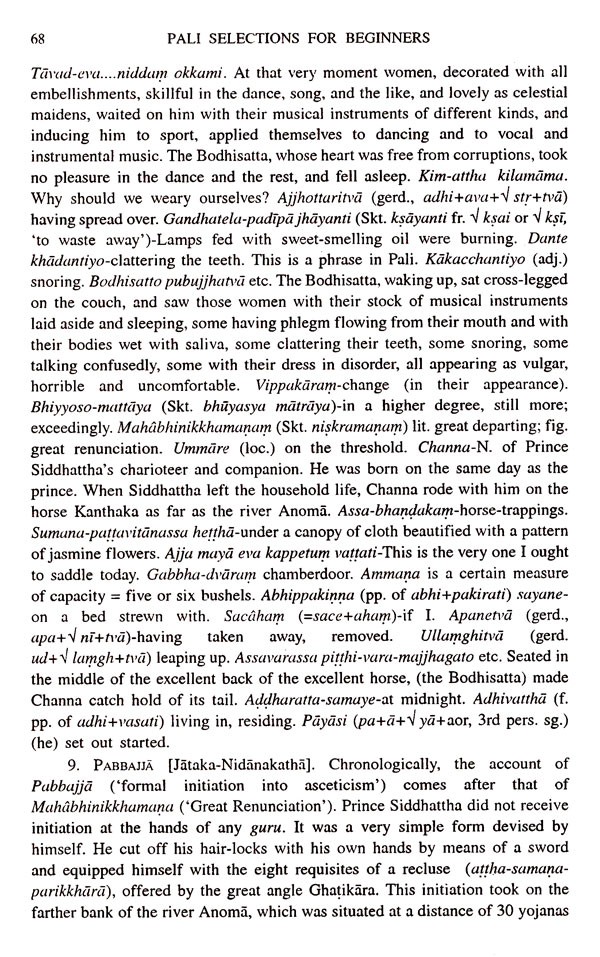 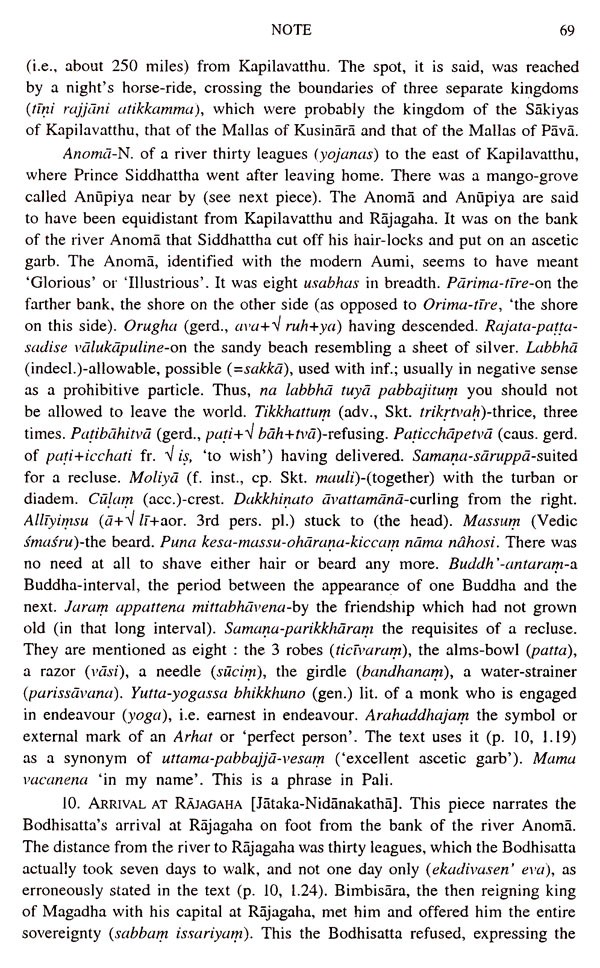 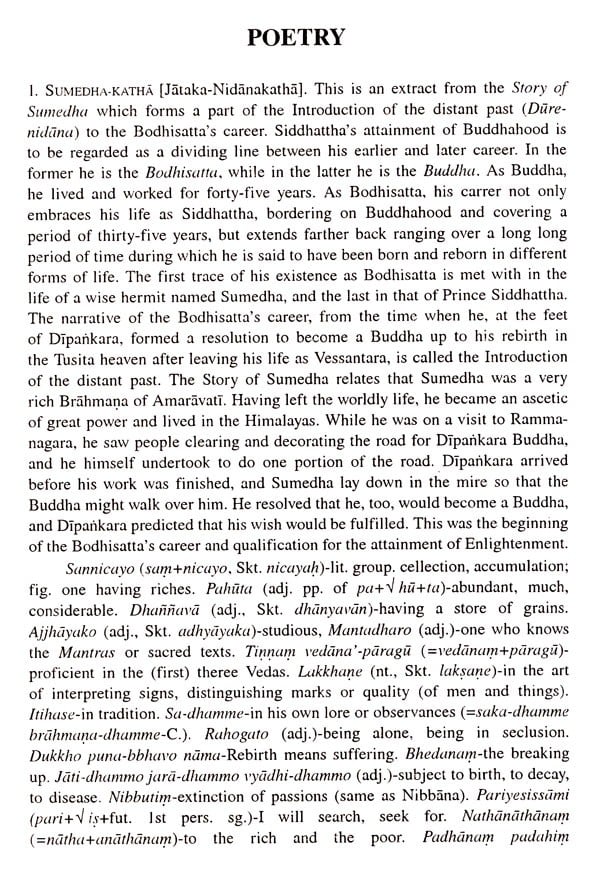 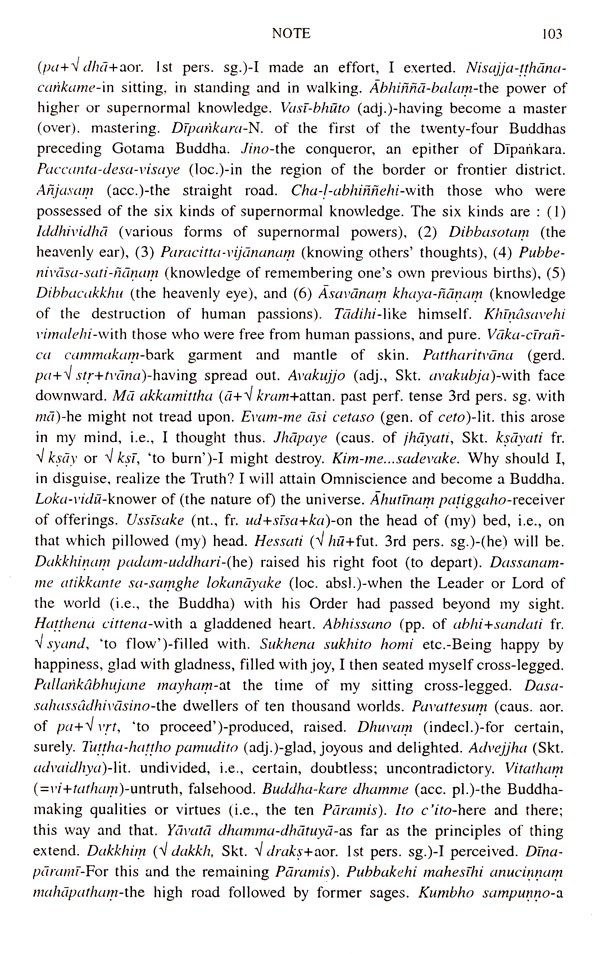