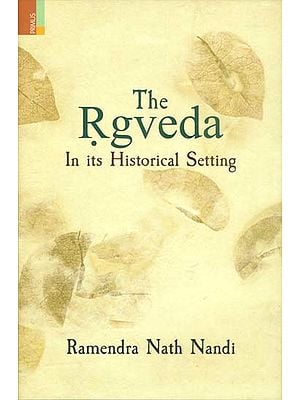 The Rgveda - In its Historical Setting

The text-archaeology correlation in respect of the Harappan Civilization shows that the Harappans and the people of the R. gveda were part of the same multi-ethnic, multilingual, multicultural geographical and chronological space; that a prolonged phase of geo-climatic devastations ravaging the Vedic-Harappan subcontinent triggered an ideology of nature worship in which prayers could be recited only in the Vedic dialect which, in-turn, put the Vedic-speaking moral community on a high pedestal. The increasing number of clients hiring Vedic-speaking chantsmen inflated the ranks of the priesthood with attendant Jealousy and infighting Which was further aggravated with the introduction of the Soma oblation.

This book tries to identify the Soma plant on the basis of available literary and archaeological evidence as well as trace a hydrographic history of the river Saraswati between the fourth and the second millennium BC. Ii also examines the sanctification of the river as the greatest goddess (Devitame). The greatest river (Naditame), and the great mother (Ambitame). The final segment of the book explores the archaeo-textual possibilities and limitations of a faunal reconstruction in the Vedic-Harappen subcontinent.

This Study Followed the award of a senior academic fellowship by the Indian Council of Historical Research (ICHR) during 2005-6. Subsequently, the Council cleared the manuscript for publication and even took the initiative to this effect but could not see it through. The manuscript had to find a berth for itself with a publisher.

The work draws substantially upon a longish engagement with the life and times of old Vedic people, outlined in a monumental bardic literature. Accordingly, it deals with issues not covered elsewhere by the present writer though issues discussed in various places are touched upon here for the sake of perspective.

For text study, I have used the four-volume compendium of the Rgveda edited by F. Max Muller together with the commentary of Sayana. Text citations are in the order of book, hymn and stanza like the Fifth Book, second hymn and third stanza (5.2.3).

During the course of this investigation, I have received valuable support from a host of friends and well- wishers, particularly from the next generation. 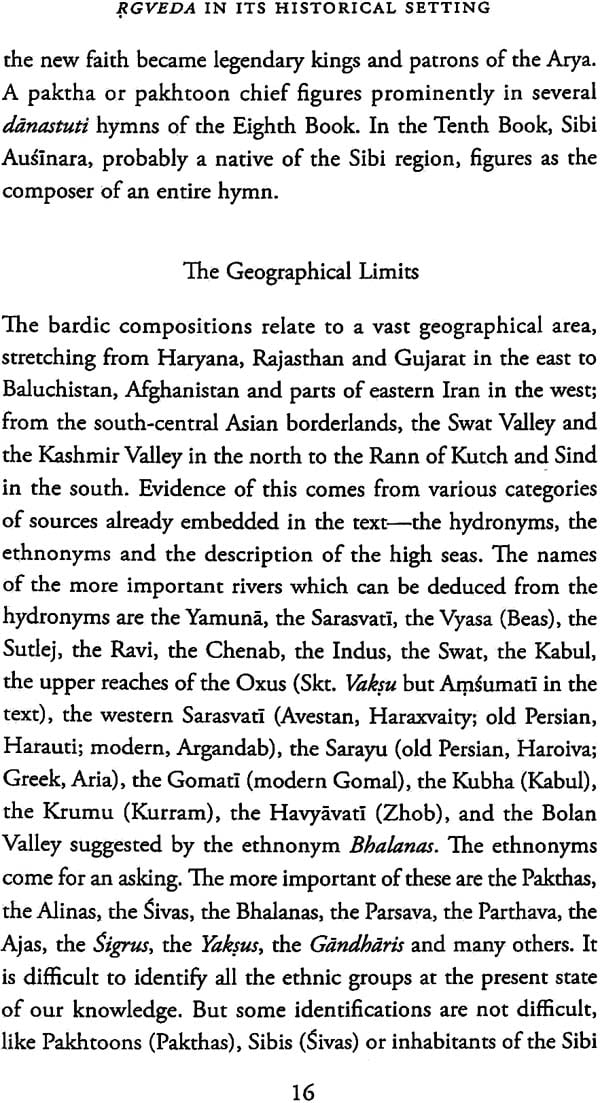 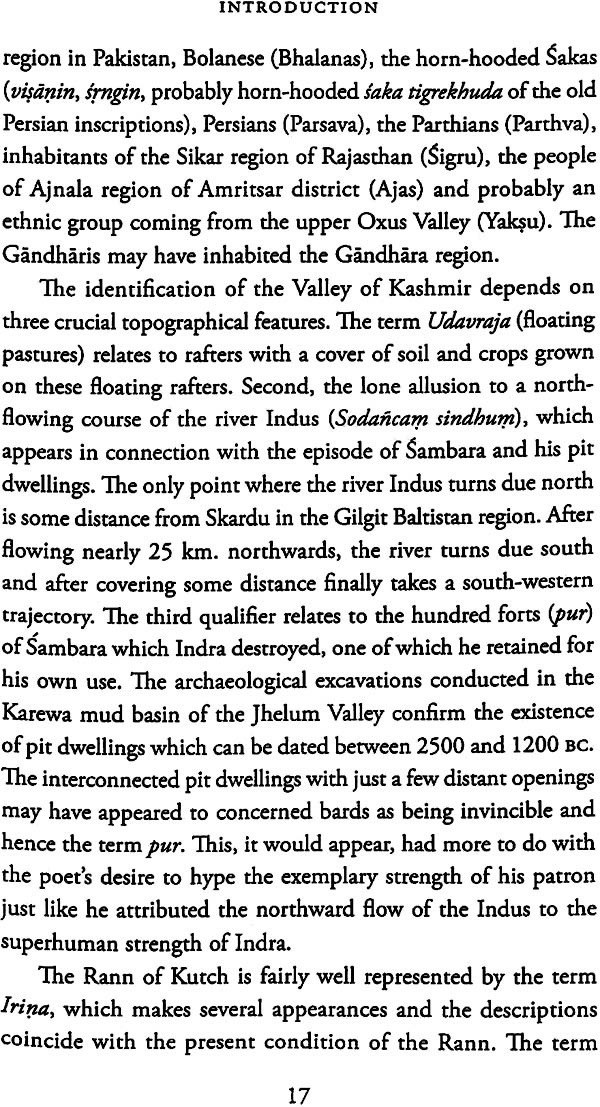 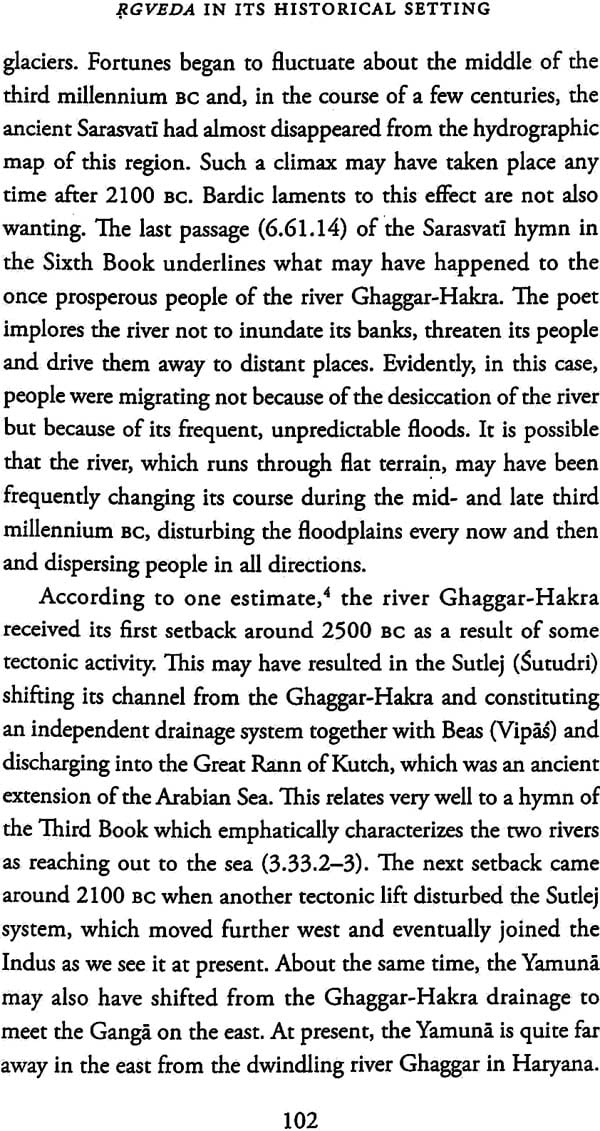 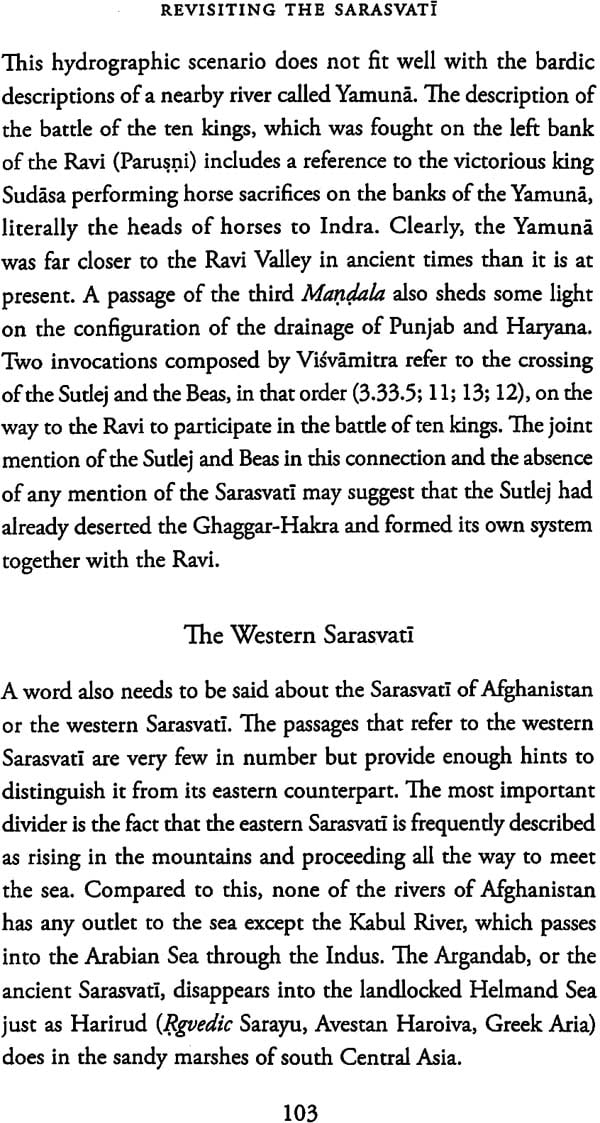 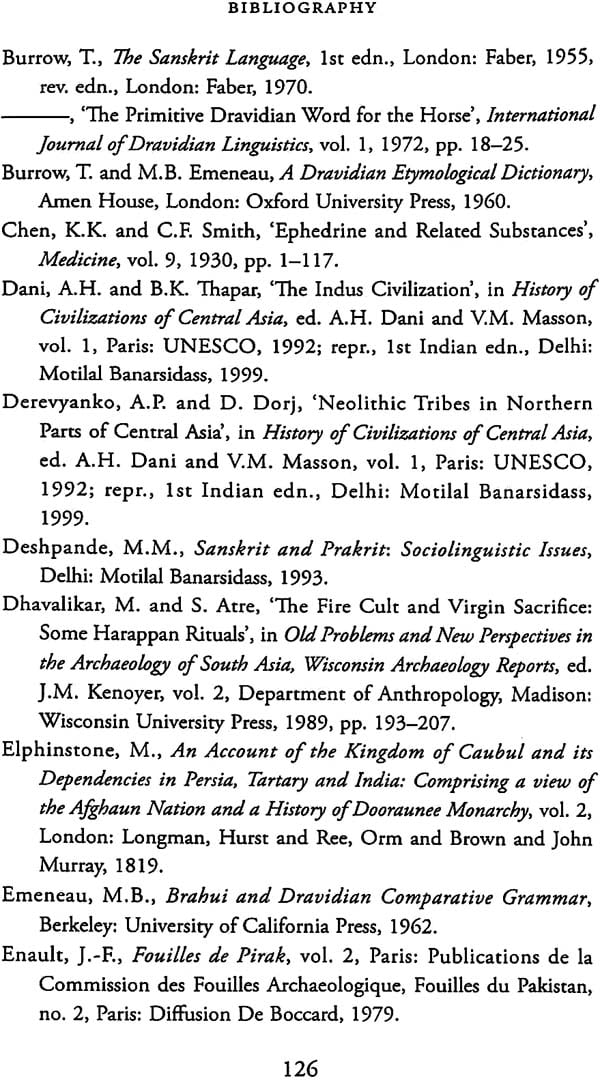 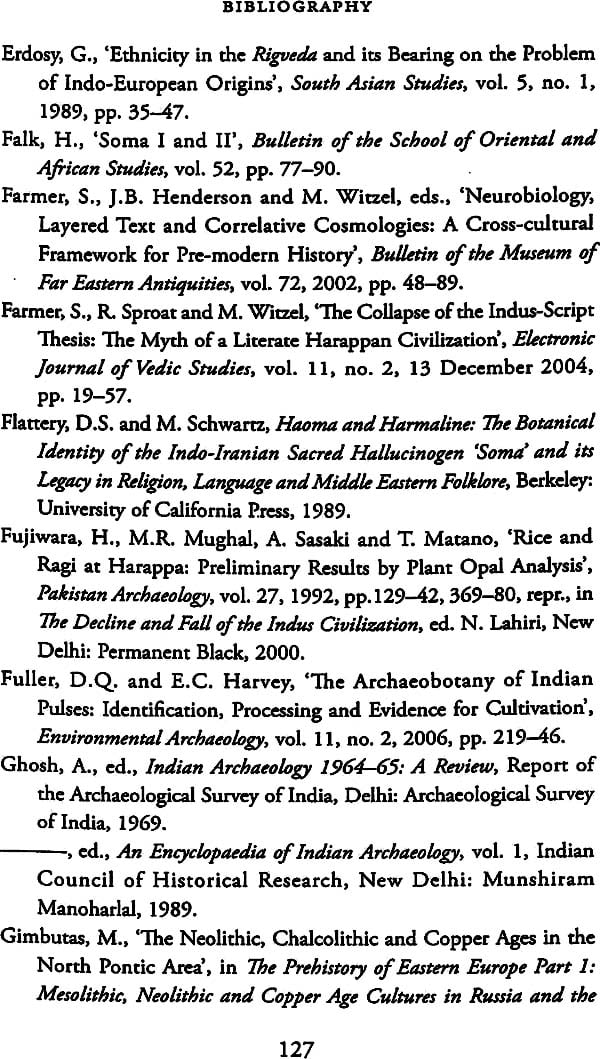 Rgveda-Darsana – Sayana’s Introduction to the Rgveda : An Indispensible Tool for Understanding the RgVeda
By S.K. Ramachandra Rao
$36
FREE Delivery 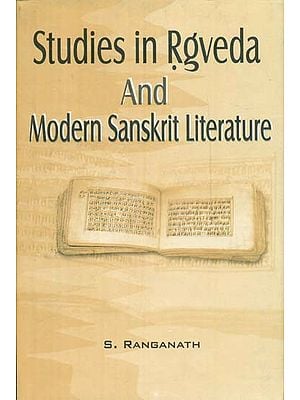 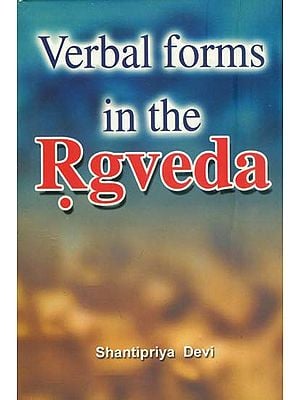 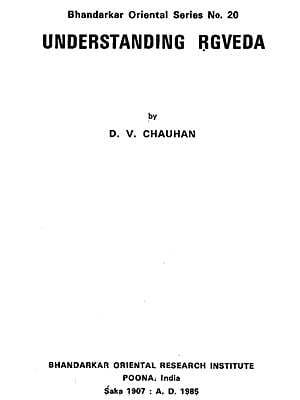 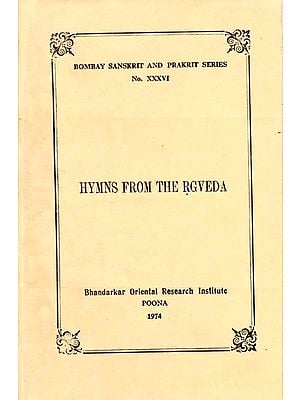 Hymns From the Rgveda (With Sayana’s Commentary, A Rare Book)
By Peter Peterson
$36
FREE Delivery 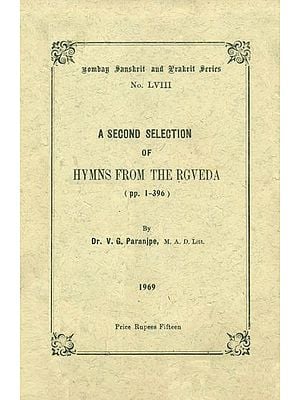 A Second Selection of Hymns From The Rgveda (An Old and Rare Book)
By Dr. V. G. Paranjpe
$36
FREE Delivery

The Rgveda: Mandals 1 to 6 - Interpreted and Translated with a Review of Important Interpretations Ancient and Modern (Set of 4 Volumes)
By Ram Gopal
$95
FREE Delivery

ऐतरेयब्राह्मणम्: The Aitareya Brahmana of The Rgveda (Set of 2 volumes)
By Sudhakar Malaviya
$60
FREE Delivery 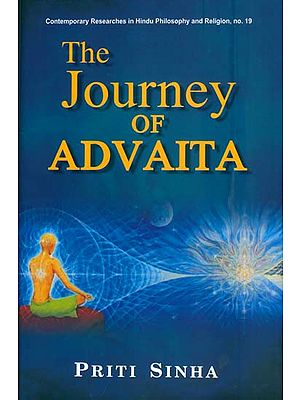