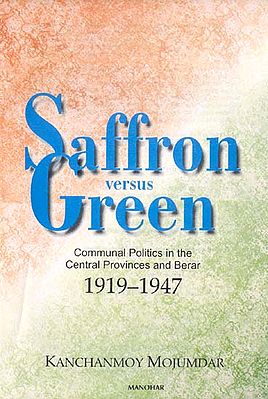 $37.50
Notify me when this item is available
Save to Wishlist Send as E-card Share by Email
About the Author:

Communalism was a factor in the politics of the Central Provinces and Berar after the Montford Reforms. The problem of adjustment of the interests of the entrenched Hindu and emerging Muslim elite was coeval with the process of administrative changes brought about by successive constitutional measures adopted by the British government. The social fall-out of the problem was the riots that raged in the region.

This work is a pioneering attempt at tracing the course of communalism in this particular politically backward province. The role of the British administrators in this growth of communalism has been critically analysed alongside the involvement of their politically ambitious Indian collaborators. The influence of the Hindu Mahasabha and the RSS and many Congressmen's involvement in the Hindu unity movement have been explained. This is the first full-length study of the growth of Muslim political activity in central India both before and after the Muslim League became a factor to reckon with in this region.

Kanchanmoy Mojumdar was a Reader at Behrampur University, Orissa and later Professor and Head of the Department of History, Nagpur University.