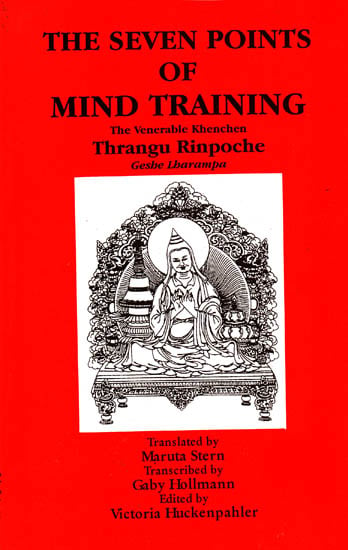 This text on mind training, called lo jong in Tibetan, was brought to Tibet by Atisha in the eleventh century. Atisha brought over 100 instructions to Tibet, this particular text being compiled by one of his students who condensed it into the present form of seven points. The present book contains seven chapters which deals with the Preliminaries; The Main Practice; How to Carry Practice onto the Path; Practice of Mind Training in Daily Life; Evaluation of Mind Training, Commitment of Mind Training, Guidelines of Mind Training, The Book also contains The Root text of Seven Points of Mind Training; Notes; The Glossary; Glossary of Tibetan Terms; Bibliography; and an Index.

Tibet was non-Buddhist until the eighth century when its King, Trison Deutsen, asked Padmasambhava to come to Tibet to introduce the Buddhist Dharma there. It was Padmasambhava, along with the Indian scholar Shantarakshita, who established Samye Monastery in 779 C.E. To help in this endeavor, the Minister Thonmi Sambhota was sent to—India to develop a written script for the Tibetans. Thereafter, numerous Tibetans made perilous journeys to India to bring back the Dharma and translate it into Tibetan.

The Dharma was established in Tibet over the next four centuries. This text on mind training, called lo jong in Tibetan, was brought to Tibet by Atisha1 in the eleventh century. Atisha brought over 100 instructions to Tibet, this particular text being compiled by one of his students who condensed it into the present form of seven points.

The Buddhism of Tibet was a combination of the Hinayana, Mahayana, and Vajrayana. The Hinayana was practiced in terms of strict personal discipline and the fundamental meditation of shamatha and vipashyana. The Mahayana was taught in terms of engaging in an extensive study of the emptiness doctrine of the Madhyamaka School and taking the Mahayana vow to bring all sentient beings to liberation. Helping all beings was accomplished through the practice of the six perfections (Skt. paramitas) (generosity, morality, patience, perseverance, meditative stabilization, and wisdom). The Vajrayana was accomplished through yidam practices and the practice of examining mind directly, using Dzogchen or Mahamudra meditation.

The study of texts on the Middle-way concerning emptiness took a minimum of a year in the monastic college or shedra which, unlike our colleges, involved an eight to ten hour daily study, six to seven days a week, with only a few weeks of vacation a year. The study of the Middle-way was accomplished by memorizing the root texts in the morning, then receiving a commentary such as Thrangu Rinpoche has provided in this book, and then debating the points of the text in the afternoon. Sometimes these texts were studied using analytical meditation. At Rumtek monastery in the Nalanda Shedra, for example, Khenpo Tsultrim Rinpoche would teach emptiness in the morning and in the afternoon would have the students face the outside walls and go into a deep meditation while he would read passages from the sutras on these topics.

Another method for actually practicing the Mahayana is Atisha’s mind training practice. The purpose of this practice is to overcome the habitual tendency to center the world around ourselves, thereby decreasing our ego. The belief in “I” and in what we hold as mine causes vast amounts of harm in the world. 11w Moslems, for example, believed that their culture was more important than others and as a result they burned down Nalanda University, the greatest repository of knowledge iii the Far Fast. The Chinese believe their culture is superior to the Tibetan and have therefore destroyed large portions of Tibet. On a more personal level, the developed countries believe they have superior ways of doing things, and as a result they have created a world economic system in which a few dozen nations consume over half the world’s resources, while over a billion other human beings around the globe go hungry. And so this habit of acting in terms of “I” and “other” goes from placing ourselves over others in terms of our nation, our race, our community and social class, right down to cherishing ourselves over friends and even family members. When asked whether he felt anger towards the Chinese for surrounding his camp with machine guns when he was fleeing Tibet iii 1959, opening fire on him and hundreds of others, Thrangu Rinpoche replied “no,” because the soldiers were doing what they were supposed to do—that is, shoot at him—and he was doing what he was supposed to do—that is, run for his life.

To reverse this belief in cherishing our body and our ideas, we must put others ahead of our own selfish, ego-clinging patterns. The seven points of mind training constitute exactly such a practice, beginning the second we wake up and carrying on throughout the day as we eat, work, and socialize with others. Practice ends at night when we examine ourselves to see if we have followed the mind training principles. Finally, Thrangu Rinpoche has suggested that as we fall asleep we should do sending and taking practice.

Mind training is relevant for modern times because we do not need to go to an isolated cave or retreat to engage in it; we can engage in it while doing all the thousands of other things we do every day. This practice has also been condensed to a few dozen instructions which are easy to memorize, and which are actually standards for living our daily life. They tell us how lo behave in ordinary circumstances and show us if our ego is increasing or decreasing. In modem life, we do not usually have the time or patience to memorize long texts, so instruction practice is perfectly adopted for the present day. 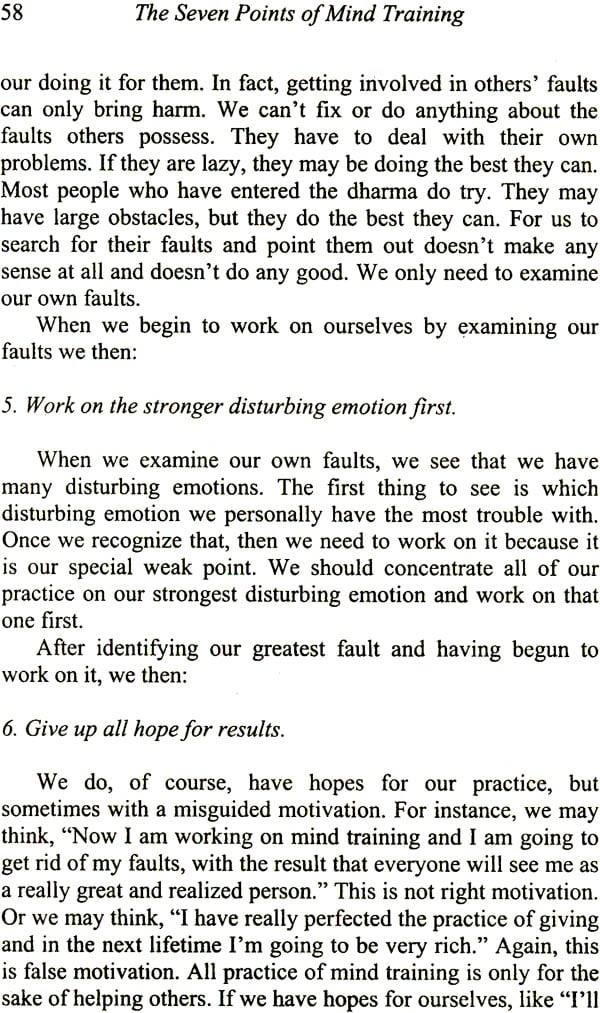 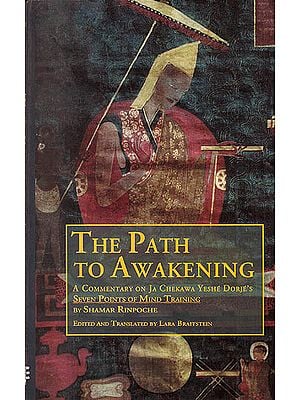 The Path To Awakening (A Commentary on Ja Chekawa Yeshe Dorje’s Seven Points Of Mind Training)
By Shamar Rinpoche
$13.50
$18  (25% off) 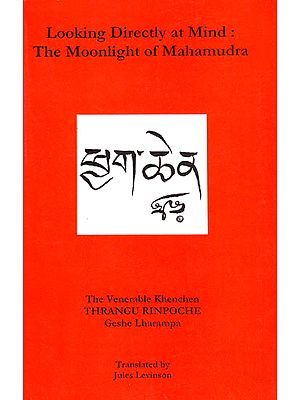 Looking Directly at Mind: The Moonlight of Mahamudra
By Thrangu Rinpoche
$19.50
FREE Delivery
$26  (25% off)

Overview of Buddhist Tantra: General Presentation of the Classes of Tantra, Captivating the Minds of the Fortunate Ones
By Panchen SonamDragpa
$27.75
FREE Delivery
$37  (25% off) 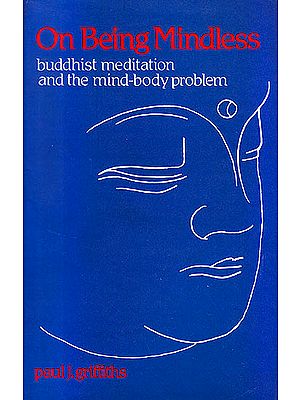 On Being Mindless: Buddhist Meditation and the Mind-Body Problem
By Paul J. Griffiths
$23.25
FREE Delivery
$31  (25% off) 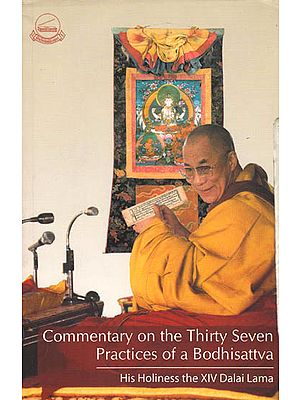 Commentary on the Thirty Seven Practices of a Bodhisattva
By Tenzin Gyatso
$15.75
FREE Delivery
$21  (25% off) 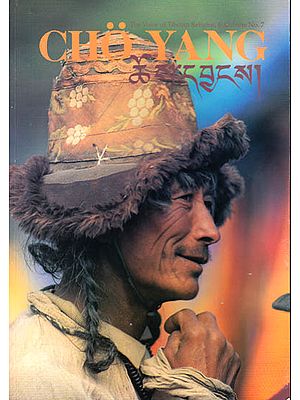 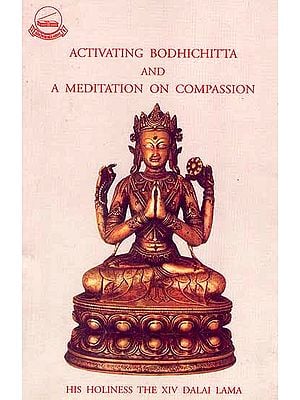 Activating Bodhichitta and a Meditation on Compassion
By H.HThe XIV DalaiLama
$12
$16  (25% off)
Add a review
Have A Question