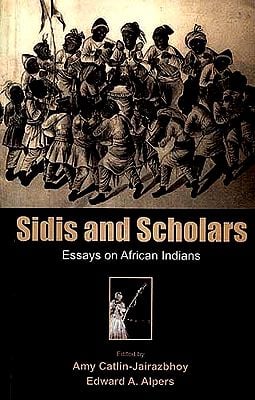 $24.00
Notify me when this item is available
Save to Wishlist Send as E-card Share by Email
About the Book:

This exciting collection of essays together scholars from a wide range of disciplines to explore the history and present circumstances of one of India's least known minority groups, the African Indians.

Following the editors introduction which covers the scholarly literature on Africans in India, the essays focus on two on two different communities of African Indians the Sidis of Gujarat and the Siddis of Uttara Kannada, Karnataka. They illumine various aspects of the life of Sidis in contemporary India, their worship at the Sufi shrine of Gori Pir, their music and dance their liminal existence and their agonizing dilemmas and predicament in the complex mosaic that is present day India.

Co-edited by an ethnomusicologist of India and an historian of Africa the contributors include specialists in anthropology archaeology, art history, religious studies and film from Ghana, Sweden, Germany, the United State and India. Together, they bring to bear their wealth of research experience and scholarship in Africa and India on the fascinating and varied experience of Indians of African origin.

Amy Catin- Jairazbhoy is Visting Associate Professor and Research Associate in the Department of Ethnomusic at the University of California, Los Angles. Her research , writing, teaching, curating and ,ulti-media publications often have an applied focus aimed at community development of minority traditions, especially in diasporic setting.

Edward A. Alpers is Professor of History at the University of California, Los Angles. He has also taught at the Universities of Dar es Salaam. Tanzania(1966-1968) and the Somali National University. His major publications include Ivory and Slaves in East Central Africa Waiter Rodney: Revolutionary and scholar, co-edited with Pierre-Michel Fontaine and History, Memory and Identity co-edited with Vijayalakshmi Teelock