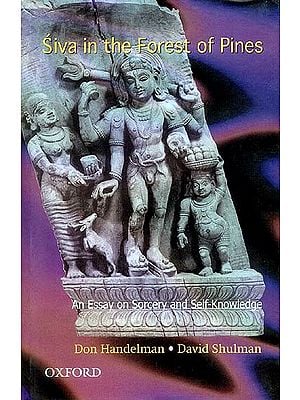 $37.50
Usually ships in 15 days
Notify me when this item is available
Save to Wishlist Send as E-card Share by Email
About the Book:

An Essay on Sorcery and Self-Knowledge

A god wanders into a forest of Himalayan pine trees. Human beings encounter this god and the meeting changes both parties. The god becomes more alive and emerges as the dancer - Nataraja - the most salient of his forms in south India. This is the story of the Daruvana, the richest and most complex of all classical narratives about Siva.

In this creative discussion on Indian religion, Don Handelman and David Shulman present the Daruvana myth as the basis for three important forms of Siva - Bhairava, Bhiksatana, and Nataraja. Basing their analysis on narratives from Tamil versions of the myth recorded at three major temple sites - Kancipuram, Cidambaram, and Tirunelveli - they contend that the central corpus of the Saiva Siddhanta philosophical text is continuous with these 'mythic' texts on Siva. Underlying all versions is a notion of the god as freeing himself and knowing himself through the acts of his devotees.

Siva in the Forest of Pines brings to the reader texts from medieval India that have never been translated into English before. It has a freshness of approach which seeks to link history, ritual, iconography, and philosophy. The book will be useful to scholars of literature and religion, historians and social anthropologists as well as general readers.

Don Handelman is professor of anthropology and sociology at the Hebrew University of Jerusalem, Israel.