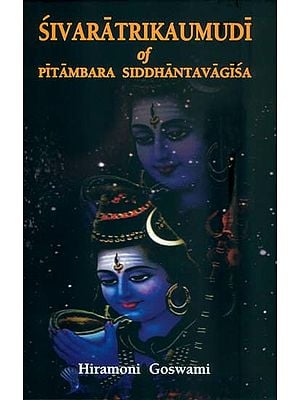 $21.00
FREE Delivery
Quantity
Ships in 1-3 days
Notify me when this item is available
Post a Query
About The Book

Miss Hiramoni Goswami is a Research Scholar of Gauhati University, Dept. of Sanskrit. She passed M.A. in Sanskrit with first class first position from Gauhati University in 2013. She obtained the MPhil. Degree from the same University in 2015. Miss Goswami also passed the Degrees of Kavya Shastri and Vyakaran Shastri (Panini) from Assam Sanskrit Board in 2013 and 2016 respectively. At present she has been pursuing her Ph.D. Degree on the topic The Sanskrit Novel Avinasi of Biswanarayan Shastri : A Critical Appreciation.

Pitambara Siddhantavagisa is one of the famous smrtinivandhakaras of 18th century Assam. He authored several works, and among those this Sivariitrikaumudi is one of the most popular ones. But unfortunately most of the works of Pitambara have not yet been published and are in manuscript forms, which include the Sivaratrikaumudi also.

Ms. Hiramoni Goswami being sincere research scholar had taken up the work of decoding the manuscript of the Sivaratrukaumudi and successfully done the job as a part of her MPhil course. Thus, this book of Ms. Goswami is basically a developed form of her M.Phil dissertation under my supervision. Hope this vulgate edition of the Sivardtrikaumudi will be appreciated by scholars and researchers.

Through this work I offer my sincere gratitude to Dr. Shrutidhara Chakravarty, Professor of Sanskrit Department, Gauhati University, madam for her kind help and valuable suggestions during the preparation of the book.

I would also like to offer my sincere thanks to Prof. Dr. Sujata Purkayastha, the former Head, Department of Sanskrit, Gauhati University, madam for giving her precious time and teaching me the technical knowledge of editing manuscripts.

I offer my special thanks to Dr. Basanta Goswami Sir, the secretary of Karr rup Sanjivini Sabha Library, Nalbari, for providing the Xerox copies of the manuscript of Sivaratrikaumudi.

I offer my special thanks to Sri Hemanta Kumar, brother for helping me in the Sanskrit DTP.

I convey my special thanks to my family members and P friends for their inspiration offered to me in publishing the book.

Last but not the least I convey my heartiest thanks to Dr. Radheshyam Shukla Sir, the owner of Gayan Bharati Publications, for publishing the book with great effort.

I would like to offer my sincere apology if anything written in this book is inappropriate or hurt any sentiments. I heartily welcome constructive suggestions on this which will motivate me to pen down more such books. 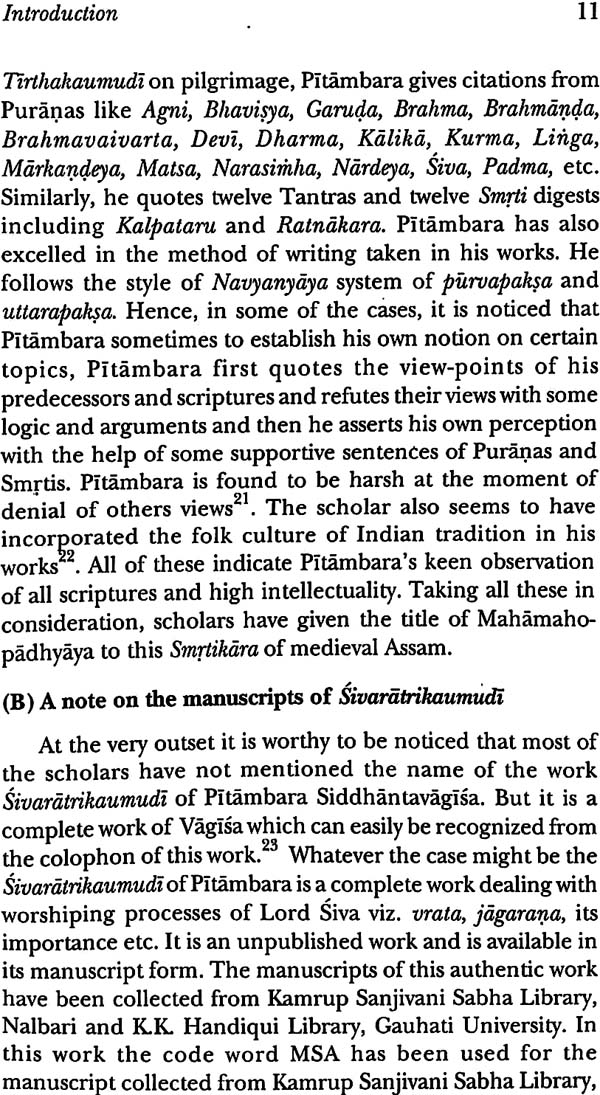 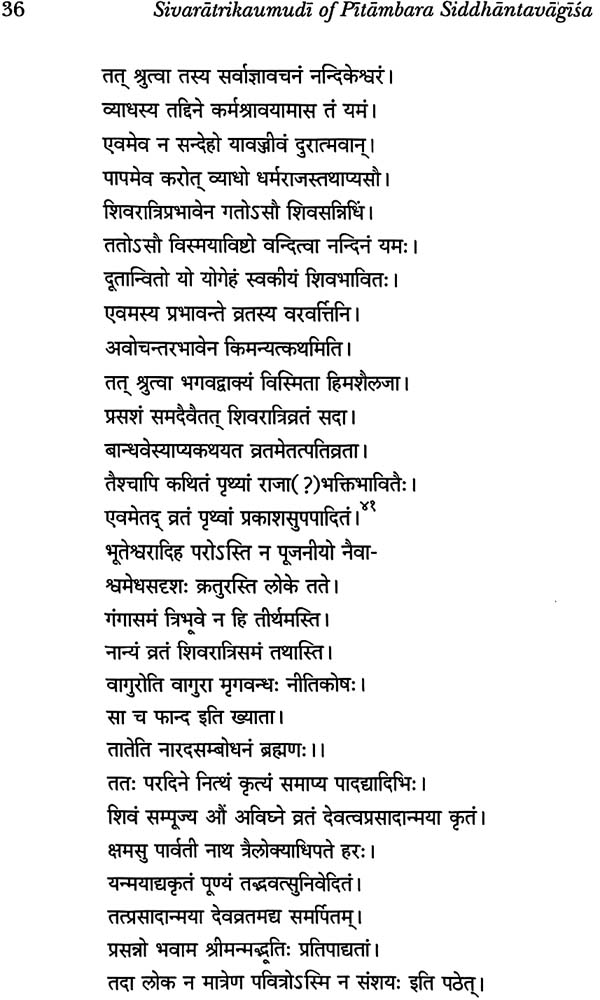 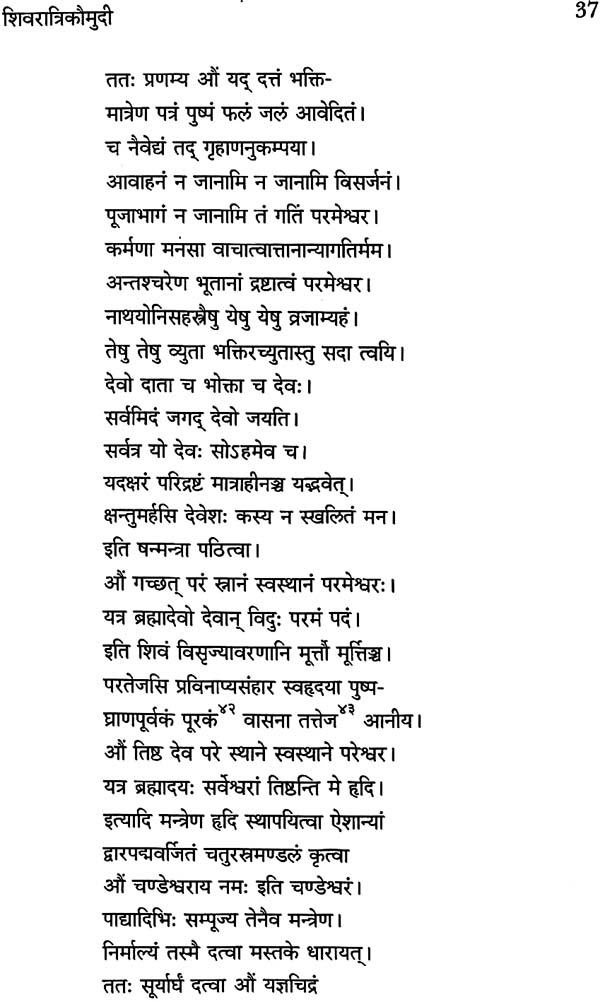