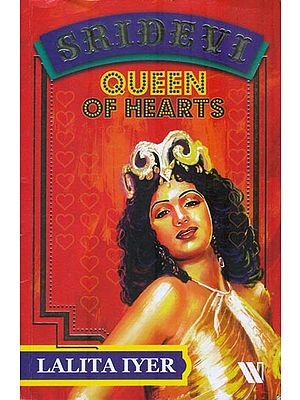 $23.00FREE Delivery
Ships in 1-3 days
Notify me when this item is available
About the Book

Diva, dancing queen, comedienne par excellence-Sridevi set the box office on fire in a hero-centric Bollywood. What made her tick? What did it take to work in films across five languages, and churn out hits like 16 Vayathinile, Moondram Pirai, karthika Deepam, Himmatwala, ChaalBaaz, Nagina, Kshana Kshanam, Mr India or Chandni?

Neither fame nor success came easily to her. An outsider in Bollywood, Sridevi was mocked for her poor accent and dubbed ‘Ms Thunder Thighs’. She had to reinvent herself time and again, whether it was by making the white salwar kameez sexy or by playing double roles with flair. Then after she’d left it all to focus on being a wife and mother, she made a brilliant comeback as the protagonist of English Vinglish.

I REMEMBER WATCHING Sadma in I983. I came out of the cinema hall, utterly depressed. My throat was dry. I went home and did not feel like eating or talking to anybody for two days.

I could not have imagined before that a film could have this impact on a person. I was only twenty. At the time, I could not have conceived that I would work with Sridevi one day.

What struck me the most about Sridevi were her eyes, which were the gateways to her soul. They never betrayed a shred of emotion outside the sets. They were almost transparent, yet filled with artistry, which transformed raw emotions into a highly skilled and potent dose of ‘humanness' for the audience. I was mesmerized.

When I met her, the first words I uttered to her were, 'I didn't eat for two days after watching Sadma.' She looked at me and instantly her eyes filled up. I am sure she fathomed the honestly and sincerity in my confession. She smiled shyly and said, 'Thank you', and we started our rehearsals for English Vinglish.

In the hours, days, weeks and months that I spent in her company, I gathered that she was one of the most quiet, sensitive and vulnerable actors I have ever met, who had worked hard to elevate herself to the level of a fine artist. She understood, I believe, how to communicate with the Indian audience in an Indian way. In our ancient, traditional theatrical performances, especially in Kudiyattam and Kathakali, the actors, even when they are speaking to each other, always face the audience. They perform for the audience with utmost respect and with the intent of uplifting the spectators to a greater reality. That is the fundamental purpose of any traditional Indian performance-to lift the audience from the micro to the macro. However, most modern Indian actors, whether trained in drama schools or not, are influenced by the Western school of acting, which believes there is a fourth wall between the audience and the performer-allowing the audience to peep into actors' lives secretly. Therefore, they are, to some extent, untrue in believing that the audience does not exist. If not untrue, it is definitely a half-truth.

Sridevi, on the other hand, maybe because of her exposure to Indian classical dance, or for reasons unknown to me, always seemed to have a sacred relationship with the audience, and therefore she performed for them. Not to show off, but to bare her soul, retaining the intense truthfulness of the situations in the script and her responses to the various characters, in the moment. She was one of a kind, almost unique in possessing this skill. Despite acting for the camera, she never was false.

On the other hand, a lot of Indian actors act for the camera, but without the truthfulness of the situation or the moment; thus their acting does not impact us deep inside. Much has been said about Sridevi's comic timing. In my experience, comic timing is purely about timing. The context could be light or grave. Perfect timing in responding to a situation or a co-actor is a consequence of one's intense awareness and attentiveness to the moment. I feel that Sridevi's practice of quietude (many people have talked about how quiet she used to be on film sets) was the reason for her perfect timing. By keeping quiet on the sets, she, I believe, contained her energies from being dissipated.

Quietude also leads to deep sensitivity and was responsible for the grace she possessed. In modern actors, I am increasingly seeing a lack of grace, dignity or sensitivity of the intensity that Sridevi possessed. She was a unique actor with a uniquely Indian style of acting. I wish she was still alive. I wish she could have passed on her mastery to others. I wish English Vinglish 2 could be made. 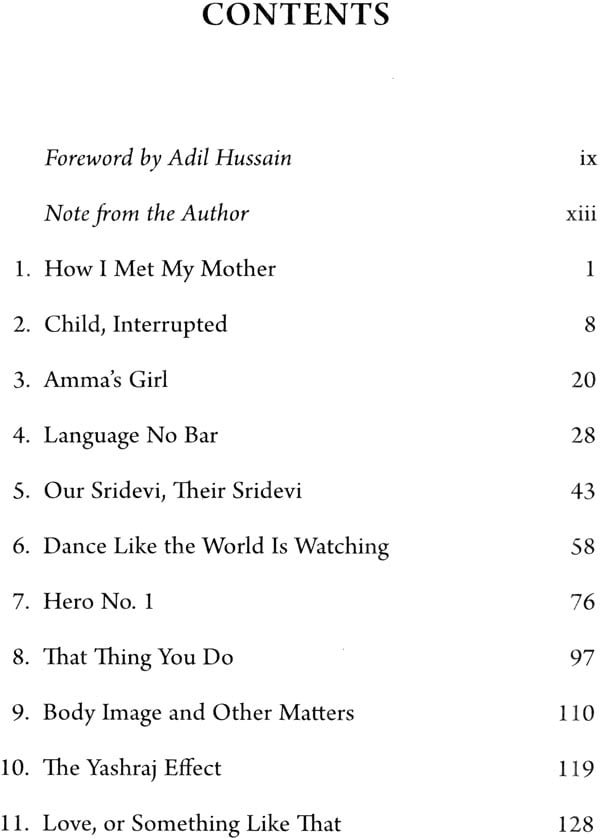 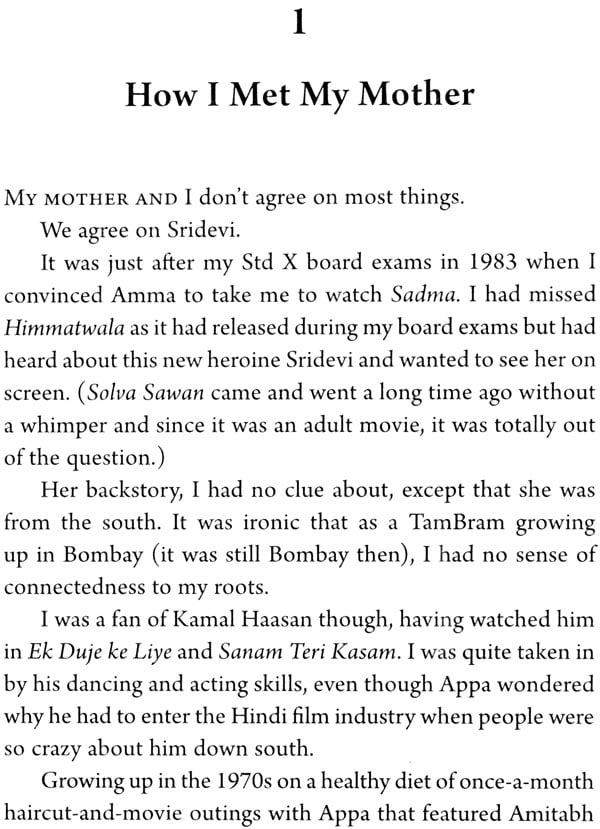 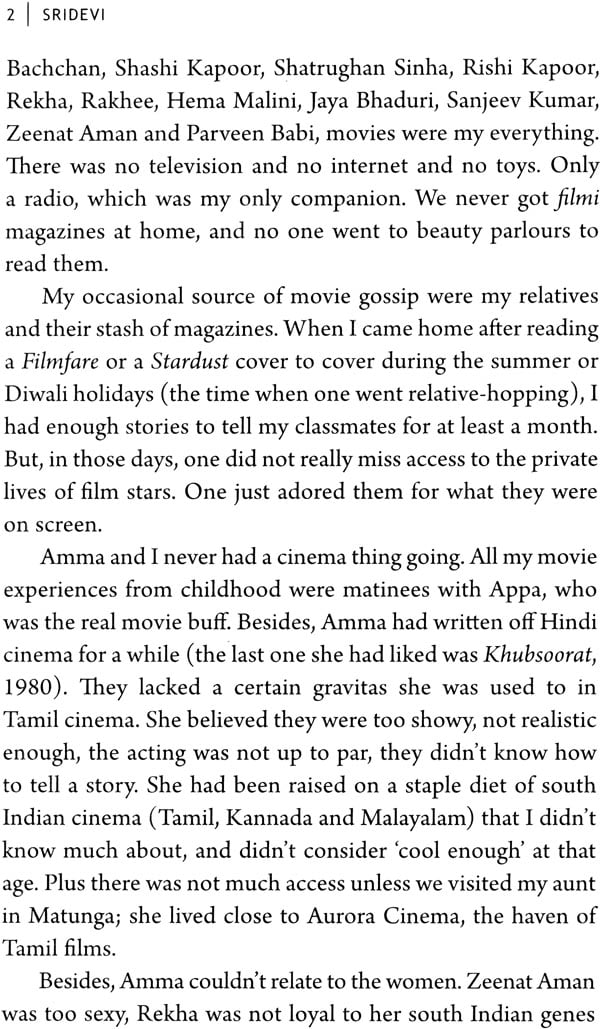 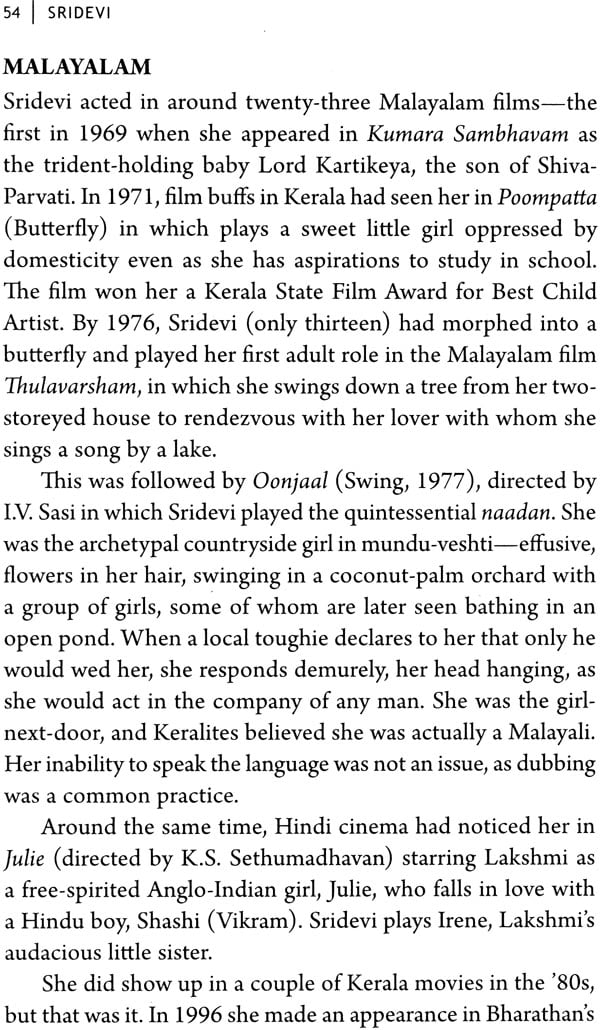 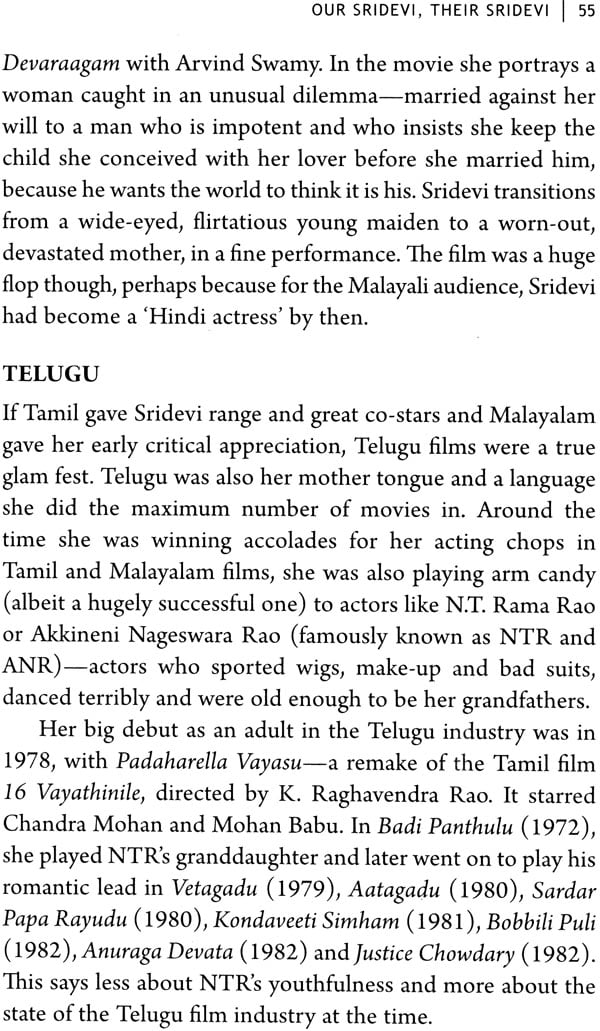 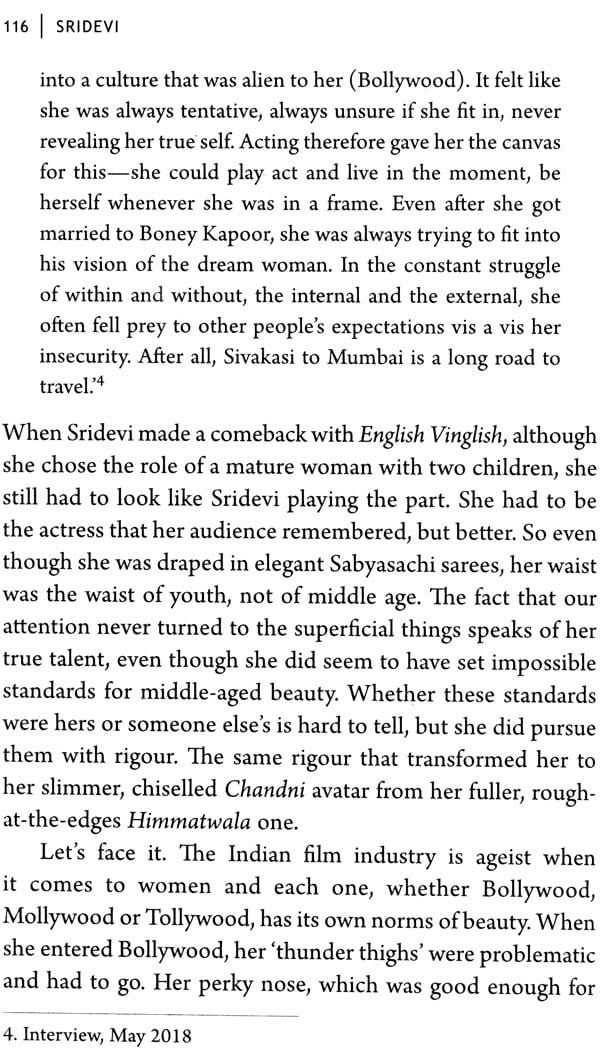 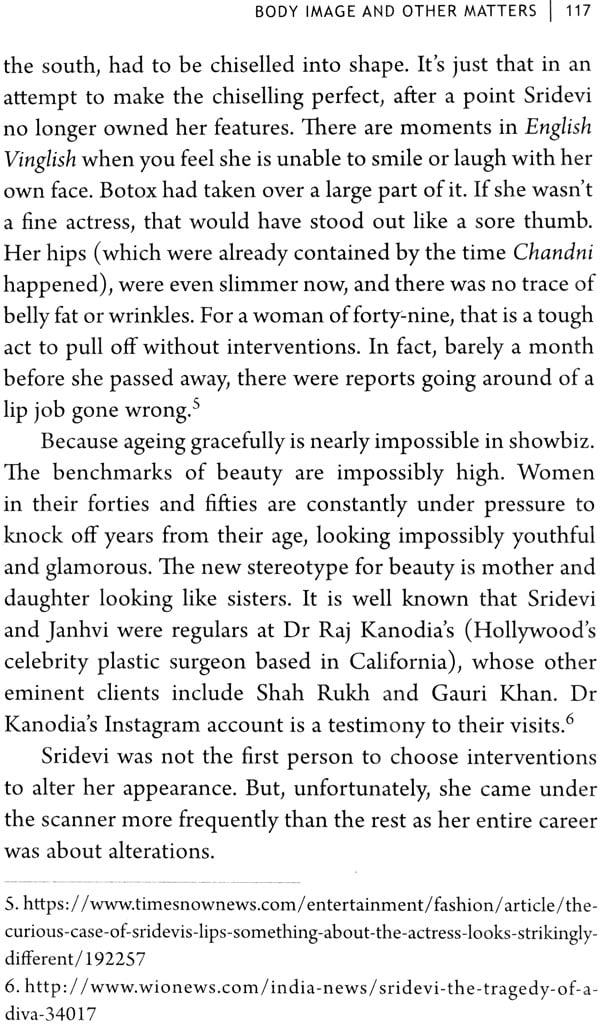 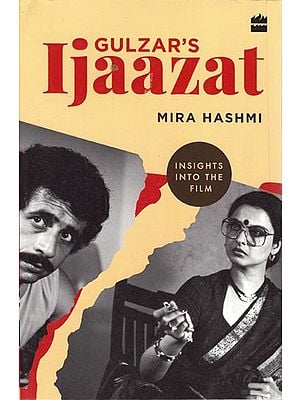 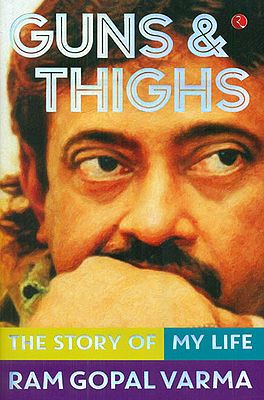 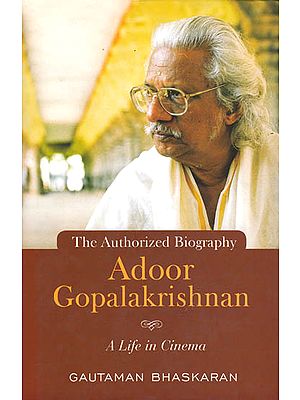