The Teacher and the Taught 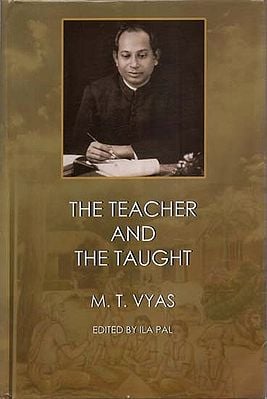 $40.00
Ships in 1-3 days
Notify me when this item is available
Save to Wishlist Send as E-card Share by Email
About the Author

AUTHOR - PADMASHRI M. T. VYAS The year was 1927. India was under British rule and the Independence movement was gaining momentum. Maganlal Tribhovandas Vyas had just returned from England, armed with a Master's degree in Education from the London School of Education. Within a short time of his return, he was offered the position of Deputy Director of Education, a post offered only to British educationists until then. However, even an offer as lucrative as that did not entice him...

After at, he had returned from England to fulfill a promise he had made to himself - of setting up a progressive school based on Nationalistic ideals, which would be responsive to the changing times, a school that would shape children to be proud Indians.

Vyas' later experiences with George Arundale in Adyar, an associate of Annie Besant (a great educationist in her own right, who was devoted to the education of women), transformed his life. He decided to devote his time to the education of Indian children, using a blend of the most modern theories with more traditional forms of education. Thus in 1930 M.T. Vyas and his life companion Sarojben started a school, aptly named - The New Era School in Mumbai.

This school came to be recognized as a trailblazer, with many firsts to its credit. It was the first co-educational school, the first to introduce the Montessori Method, teach modern mathematics and blend co-curricular activities like dramatics, music and dance into its curriculum and the first truly secular school, where students recited prayers from all religions.

Impressed by The New Era School and the quality education it imparted, His Highness, The Maharaja of Rajpipla from erstwhile state of Gujarat, invited M.T. (as he was popularly known) to his court and requested him to take over as a Diwan - Chief Minister - of the state. "Your Highness, I feel honoured." M. T. said humbly, "Please do not take an affront but I would like to be independent and not serve as anyone's subordinate. However, please tell me what you want to achieve and I will try my best."

His Highness made a fervent plea that he brings education to the state and usher in measures that would bring social equality. In the course of a few years M. T. Vyas, aided by the state, established 40 full-fledged schools in the state, which are still in excellent health and progressing well.

In 1957, The New Era School was accepted as a member in the UNESCO Associated School Network and included in its list of Asia's best schools. Shri M. T. Vyas was the first Educationist to receive the prestigious Padmashri award, for his distinguished services from the Government of India in 1958.

My interest in ancient Indian education; Hindu ideals, philosophy and methods of education grew, especially after I took up the duties of the head of an Ashrama—a residential school—in the early nineteen twenties, embodying what some of us considered to be the ideals of Ancient India, adapted in the light of modern thought and conditions, where we sought to train the youth of the land in the ideals of their ancient heritage, without losing sight of the demands of the modern day.

In these pages I am trying to develop and further pursue these ideas which engaged my attention then, as a result of study and immediate contact with education in the Ashrama. It is rather difficult to trace the history of ancient Indian education to its sources with great accuracy-as the historical material is unorganized and perhaps incomplete. Education, it is acknowledged, is one of the main factors in the building of the culture of a nation. Viewing Hindu culture from this standpoint we get from it a fair idea of the aim and philosophy of education in ancient India. Behind the forms, far in the depth of time, lie the fundamental realities of Hindu philosophy, governing life and education.

The aim in considering the ancient philosophy of Indian education here is twofold: first a nation like an individual has a temperament and a character of its own. Its past influences its present, and the present, the future. It is absolutely necessary for the orderly evolution of humanity and, for the enrichment of its civilization that each nation should build up its national character and develop its temperament on its own lines, thus contributing to the common stock of human culture. "On each race is the duty laid to keep alight its lamps of mind as its part of the illumination of the world. To break the lamp of any people is to deprive it of its rightful place in the world festival. He who has no light is unfortunate enough; but utterly miserable is he who having it, has been deprived of it, or has forgotten all about it."1

Secondly, the principle and systems of education must be evolved from the study of national character and temperament, for the individual (of a particular nation) can best develop according to his own national characteristics. If India is to solve her problems of education and build up her own educational theory and practice, it cannot afford to lose sight of the past which alone can form the foundation for her future edifice. It is not the object of these papers to make the present or future generations feel a complacent pride in the ancestral inspirations or achievements, but rather to offer some material to those aspiring to serve India and to urge them to look back to the past to find therein the inspiration and guidance they need in planning any form of education for modern India. potentialities of the nation can be better perceived by those who know what the nation has done in the past, and who understand the inherent characteristics handed down from that past. What Professor Sidgwick said to his pupils about England is true in equal measure of every other country.

India should value the past to find the continuity in her civilization, for the soul of civilization and culture lives through the ages and has a continuity of life. The soul of a nation, like the soul of an individual unfolds itself through many incarnations, embodies itself in many successive forms but ever remains true to the archetype. The Hindus knowing life to be immortal attach only a relative importance to forms. All that they seek in any form is that the life is expressed, whatever the nature of the form is. The new forms should embody the soul of India if education is to help in promoting the national ancient culture. India is ever willing to learn and grow as she had done before. She cannot afford to miss the golden and silver threads of other lands in the weaving of her own fabric. She must remodel her Ashrama ideal of education and its application in the light of modern life.

It is more the philosophy of education than its history that is dealt with in this work. In the chapter on history, an attempt has been made to understand the special features of education in the Vedic, the Buddhist, and the Mohemedan periods, and the message of each to present education. In the chapter on philosophy, the growth of life from self that is selfishness, to self that is self realization, the "complete living" of the Hindus has been sketched. In trying to understand this philosophy of life and education, the subtleties of philosophy and metaphysics which are best left to the debate halls of Pundits have been avoided. I have taken thoughts like the Pravrutti Marga, Nivrutti Marga, Karma, Juana, and Bhakti and institutions like Caste and Ashrama which are matters of every day thought and practice and which influence the people so much, that they are hardly conscious of their philosophical doctrines which have become part of their very life. The masses of people imbibe these ideas from the very atmosphere in which they live; they are born with them, they live in them and nothing is coherent or understandable except in the light of them. It is in these popular ideals and institutions of every day thought and practice that we should seek an understanding of the Hindu conception of life and the ideals of education for. 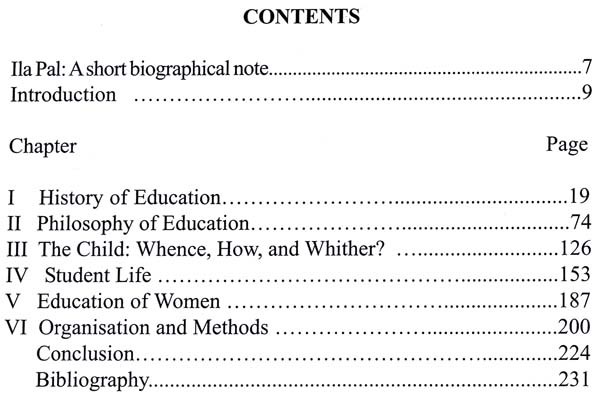 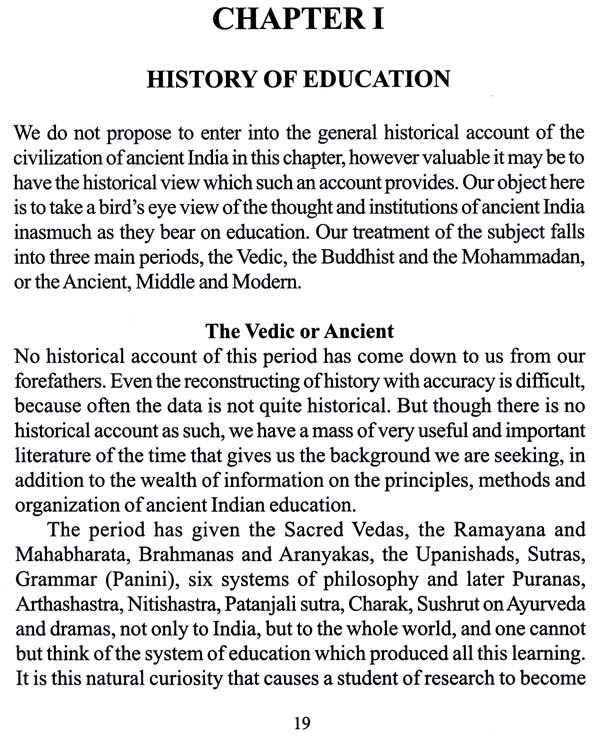 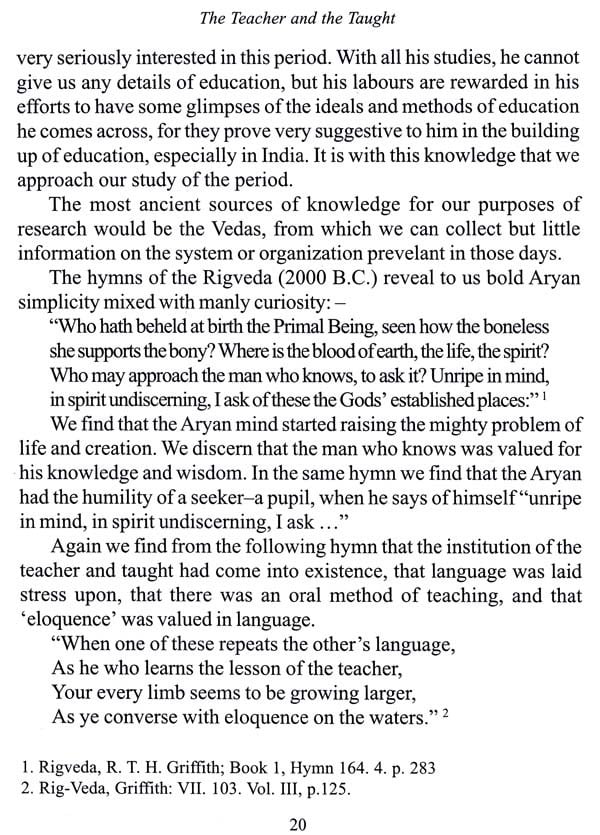 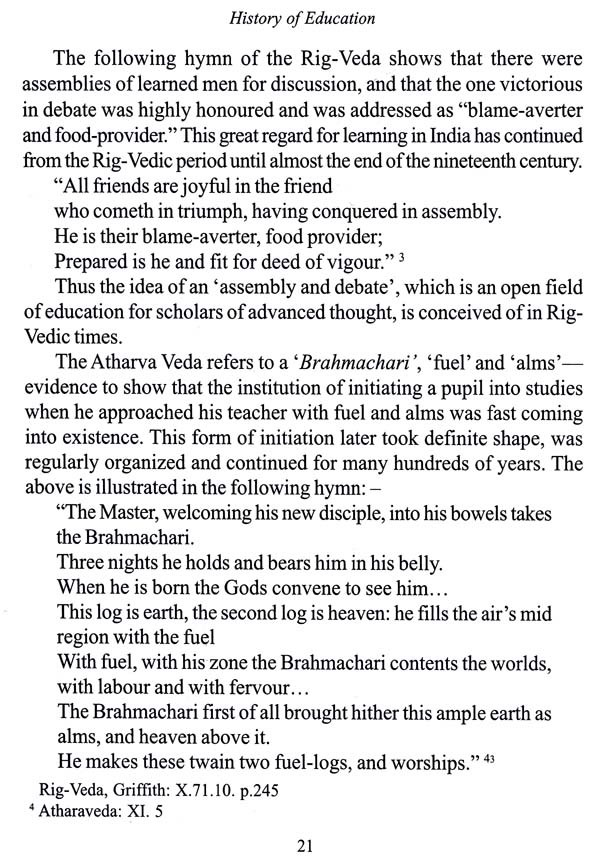 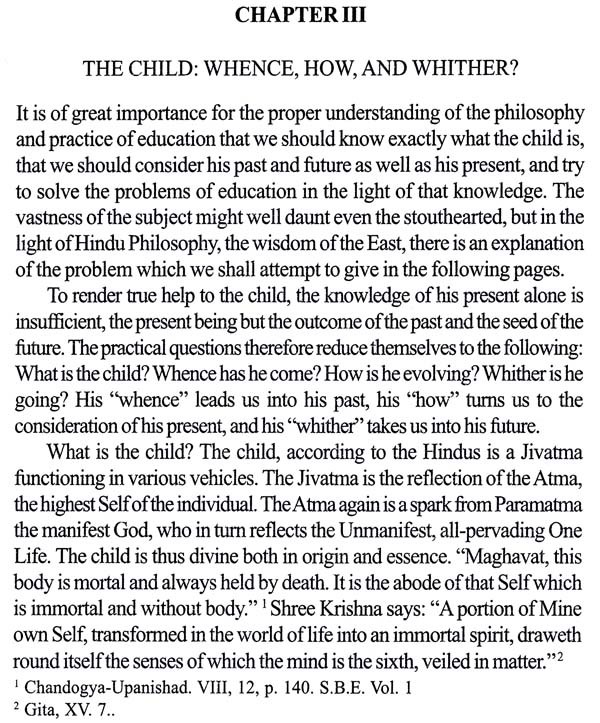 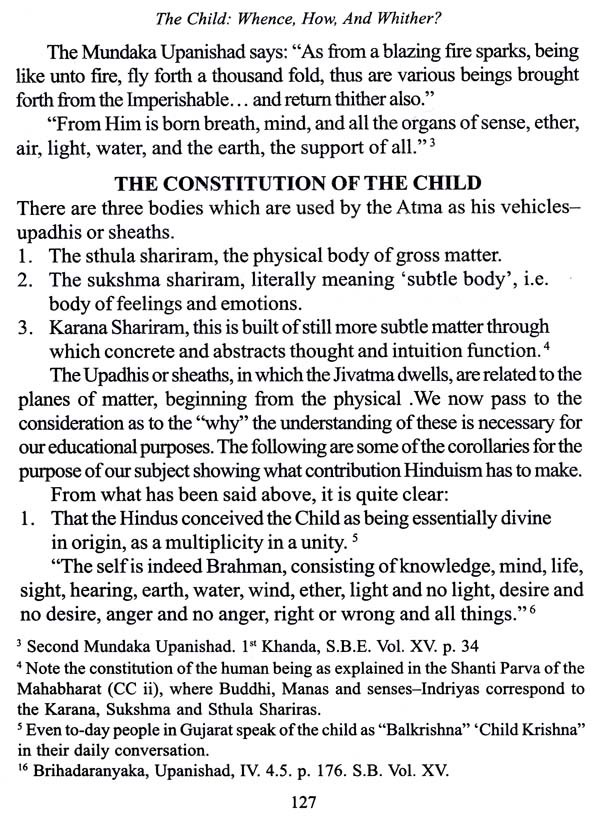 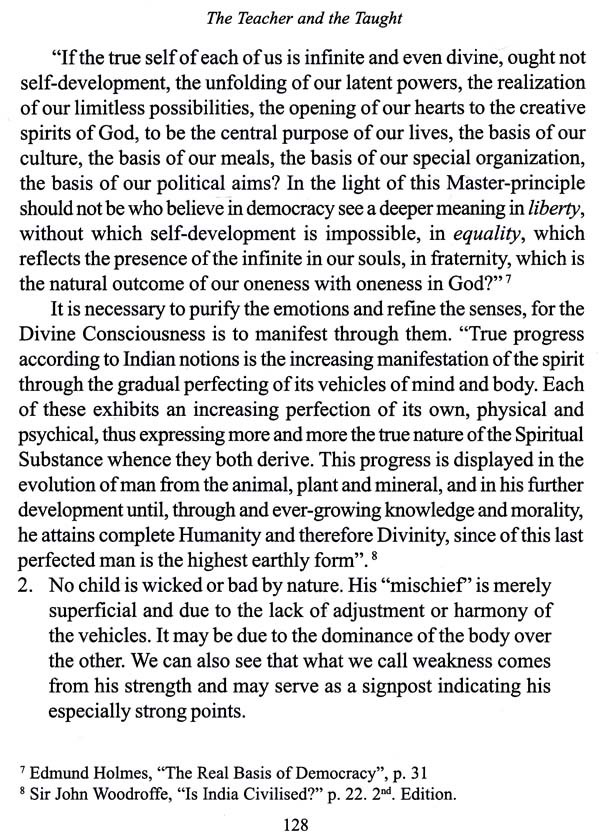 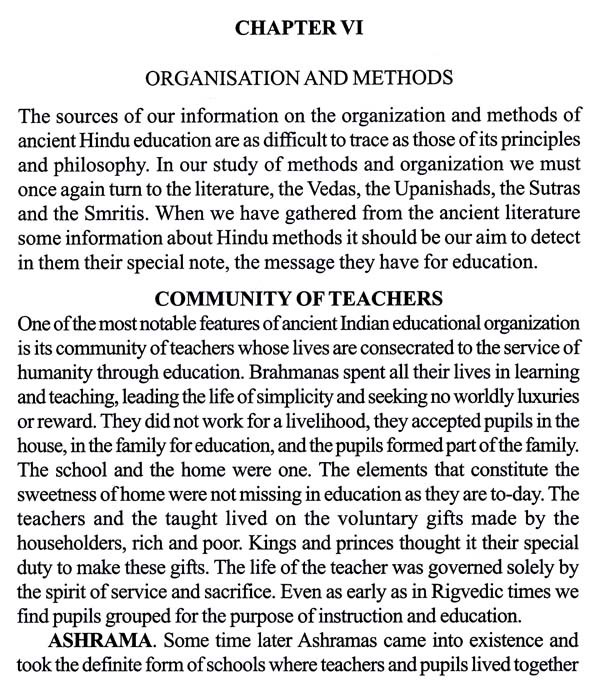 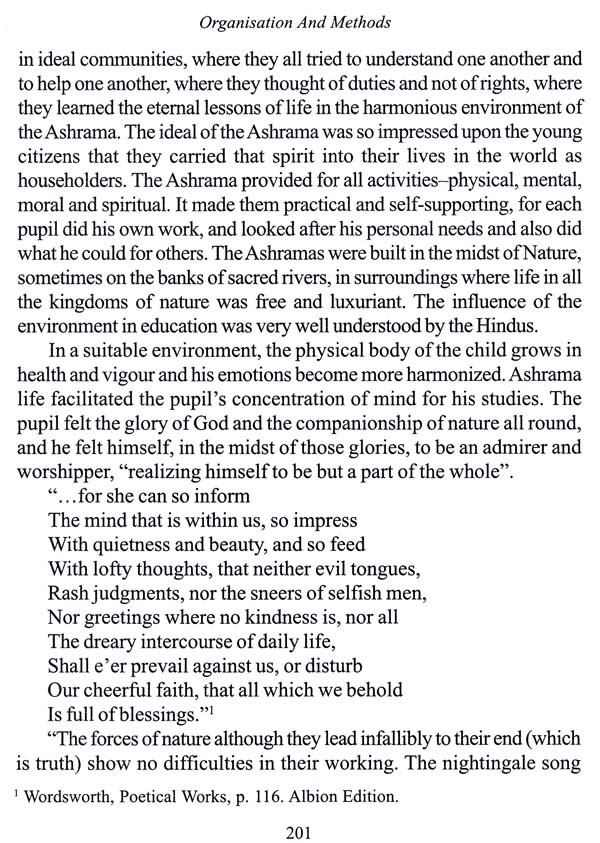