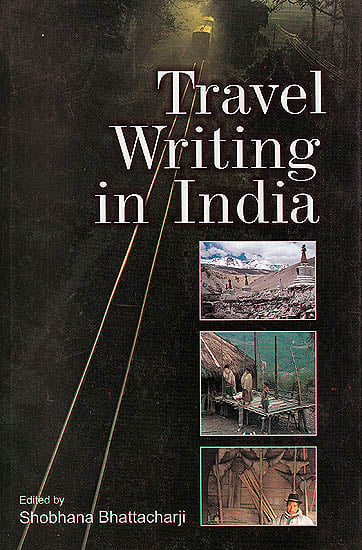 What is travel writing? Is travel writing in India about India or by Indians? Should existing Western critical tools be used for analysis? What is the travel writing archive available to us? Should literary excellence determine ‘good’ travel writing? Contributors to this book have tried to answer these questions. Three essays written specially for this volume by Bill Aitken, Tabish Khai, and Siobhan Lambort-Hurley survey mountain writing, the antecedents of India travel writing and women’s Hajj narratives. Also included are examples of ancient and modern travelers’ accounts of wars in Assam, being a bureaucrat in NEFA, climbing in Ladakh, and traveling from Lahore and Amritsar. A comprehensive introduction to travel writing precedes it all.

I described this book... as a study in genre as well as a critique of ideology. Scholarship on travel and exploration literature, such as it exists, has tended to develop along neither of these lines. Often it is celebratory, recapitulating the exploits of intrepid eccentrics or dedicated scientists. In other instances it is documentary, drawing on travel accounts as sources of information about places, peoples, and times they discuss. More recently, an estheticism or literary vein of scholarship has developed, in which travel accounts, usually by famour literary figures, are studied in the artistic and intellectual dimensions and with reference to Uropean existentialist dilemmas.’

Mary Louise Pratt began her seminal study of travel writing from 1735 and ended with 1980, missing Amitav Ghosh’s period by a whisker, but, as she said, ‘some of the readings and ways of reading.. .will be suggestive for people thinking about similar materials from other times and spaces’2 This seems a genuinely fruitful way into Indian travel writing, which has influenced and been influenced by travel writing from elsewhere. In fact, travelers to India have so comprehensively entered Indian folklore as to be immortalized in a popular children’s rhyme:

Ibn Battutah
Pahen ke joota
Nikalpade toofan mein
Thodi si hava naak mein ghus gayee
Thodi ghus gayee kaan mein.3
Ibn Battutah,
Putting on his shoes,
Went off into the storm.
A little wind went up his nose,
A little went down his ear.
The recent academic interest in travel literature, however, did not start in India. We are following Pratt and a host of others who have been the arising travel writing as well as building up a travel writing archive.4

The Sahitya Akademi seminar on Travel Writing in India, held at Goa in 2002, was probably among the first instances of academic attention paid to it in India. Elsewhere it has been studied for almost two decades, but two questions continue to be asked: ‘What is travel?’ and ‘What is travel writing?’ One would imagine that in the approximately two decades that travel writing has been studied, great strides would have been made towards a basic critical framework for it, but this is not so. Travel writing has existed for centuries, historians have drawn upon it, and non-specialists have rejoiced in it. Now — characteristically late — literary critics have found it a new field to explore. Predictably, one lot simply trains upon it guns already loaded with the jargon of post-colonialism (self and other), the terminology of rape (‘penetrating’ a new country) and worry about the marginalization of women travelers and their travelogues, and so on. Another lot is the archivists who are locating, listing and categorizing travel writing, for without an archive there cannot be a discipline. The third lot, also extremely usefully, has focused upon individual works of travel and tried to find a critical language through this.

Inevitably, the current academic approach to Indian travel writing is via nineteenth-century Europe, particularly England, for that is when and where modem travel began. The contributors to this volume have generally assumed as much. However, the matter isn’t as simple as it seems. In his Introduction to Other Routes: 1500 Years of African and Asian Travel Writing, Tabish Khair points out that

From the eighteenth century onwards, there was a proliferation of travel books by Indians — penned not only in English, but also in other Indian languages like Malayalam, Bangla (Bengali), Urdu, Hindi and in the past, Persian. However, the eighteenth century also marked a proliferation of travel writing in Europe. While the European proliferation has been thoroughly studied and variously explained, no book length comparative study has been made of analogous travel writings in different Indian languages, even though some interesting lines of similarity and difference might exist. This dearth, as well as the extent and suddenness with which English took over as the language of the Indian elite in the late nineteenth and the twentieth century [sic], has consolidated the myth of the centrality of Anglophone/ European trawl writing — and world architectonics — even in the work of scholars who are interested in retrieving Indian, rather than European, travel text.5 That Indian travel writing proliferated in the nineteenth century and borrowed from English travel writing has also, on the whole, been taken for granted by the contributors, but there is a great deal else to be discovered. 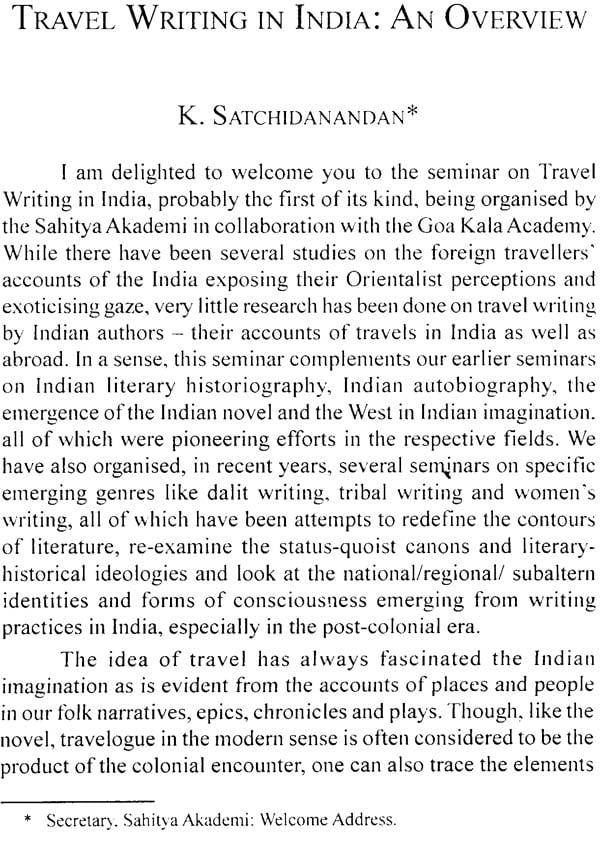 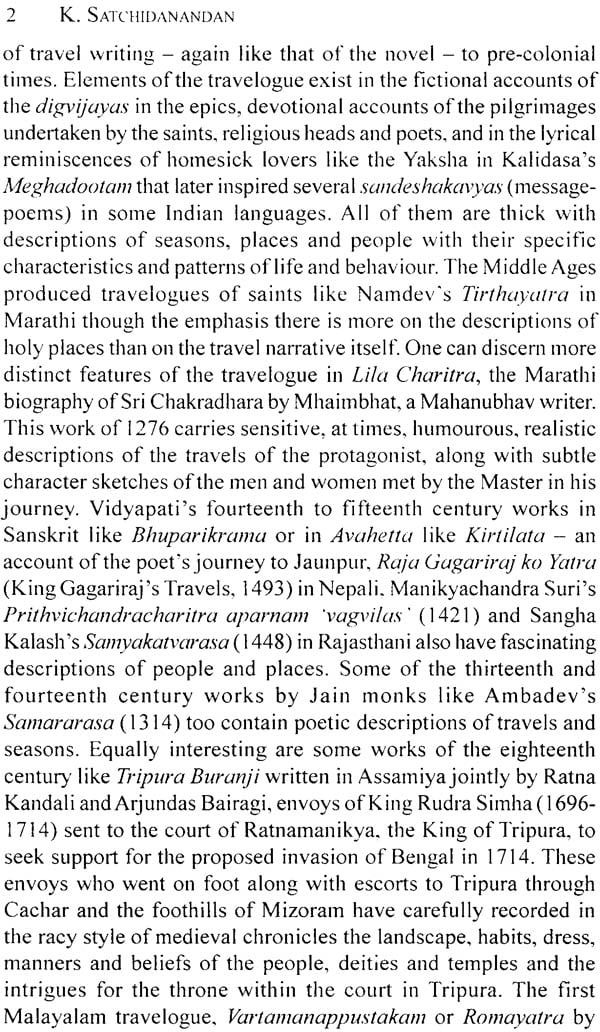 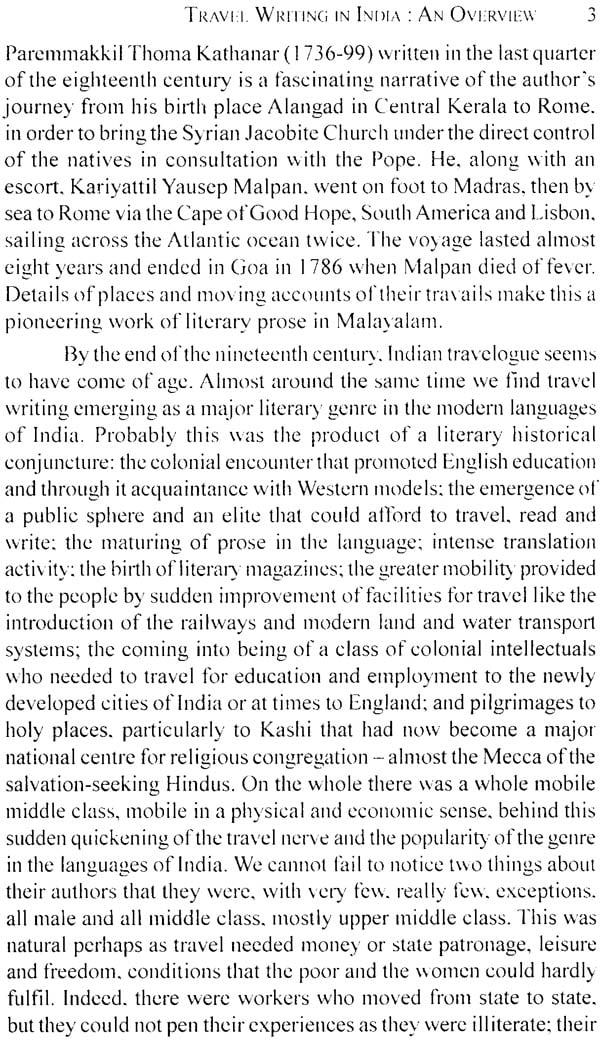 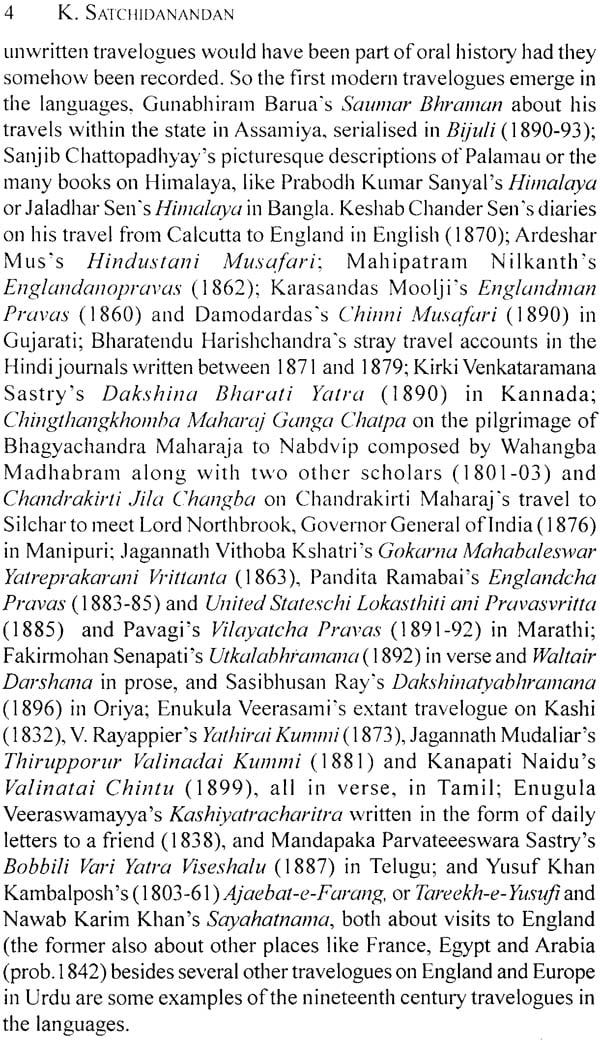 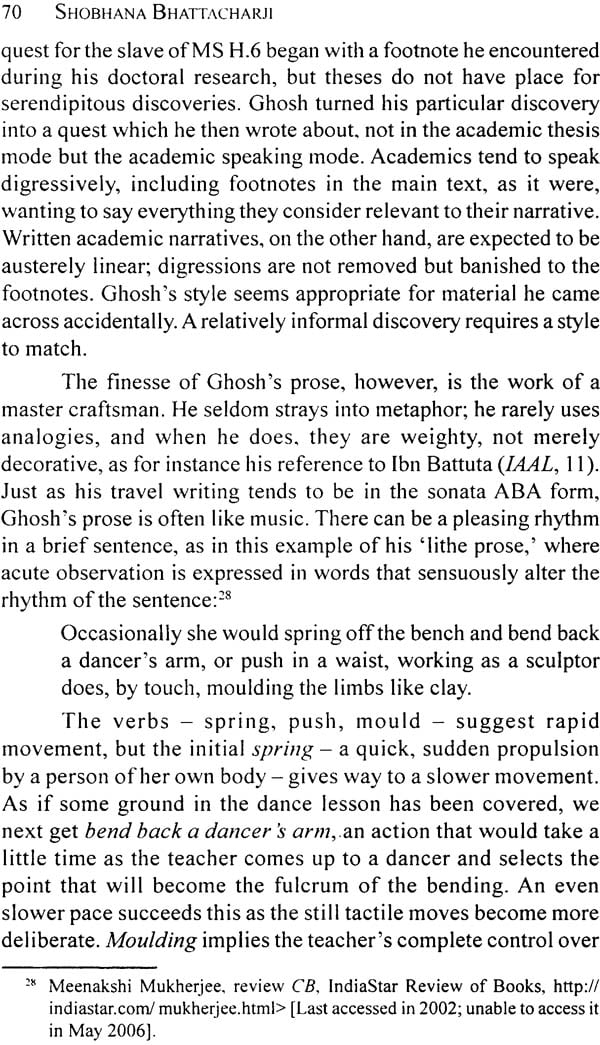 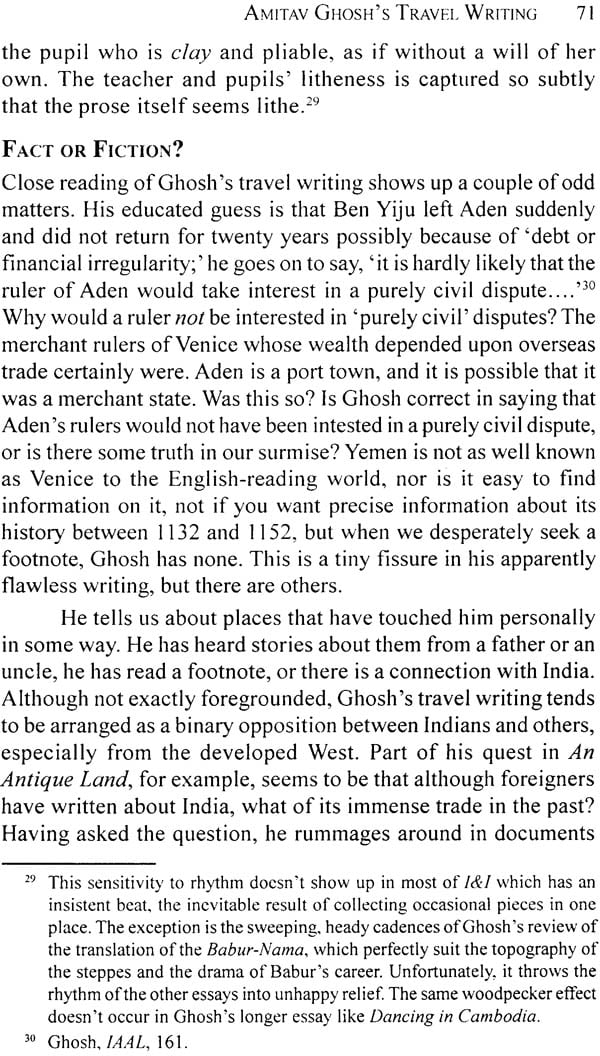 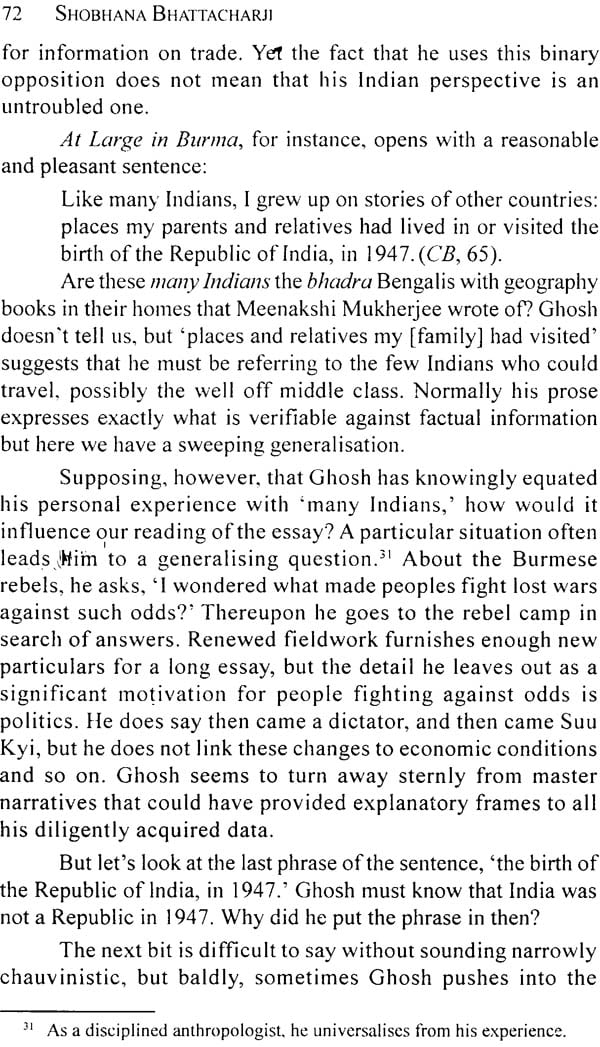 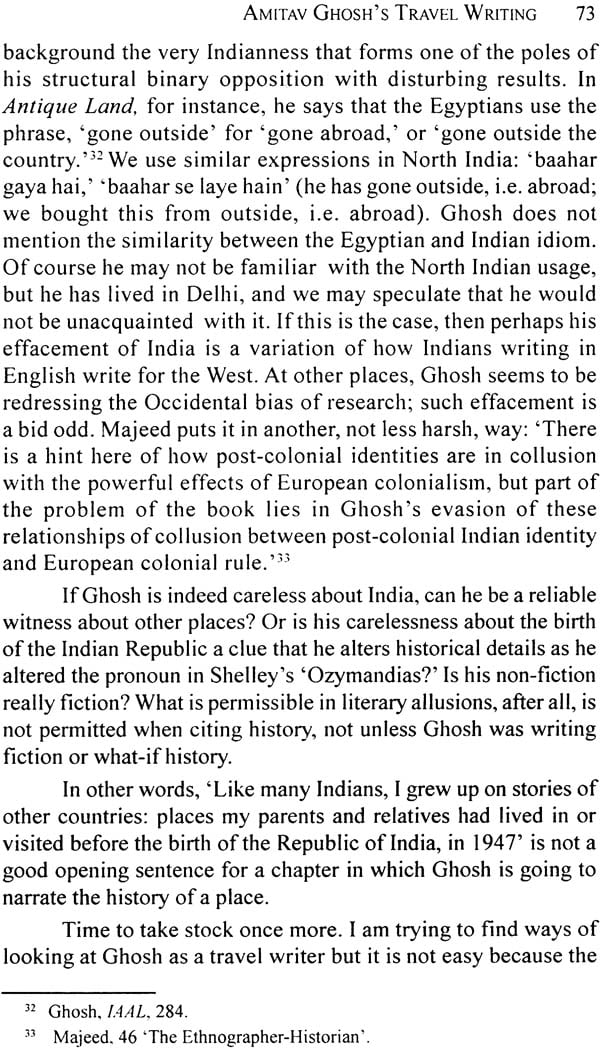 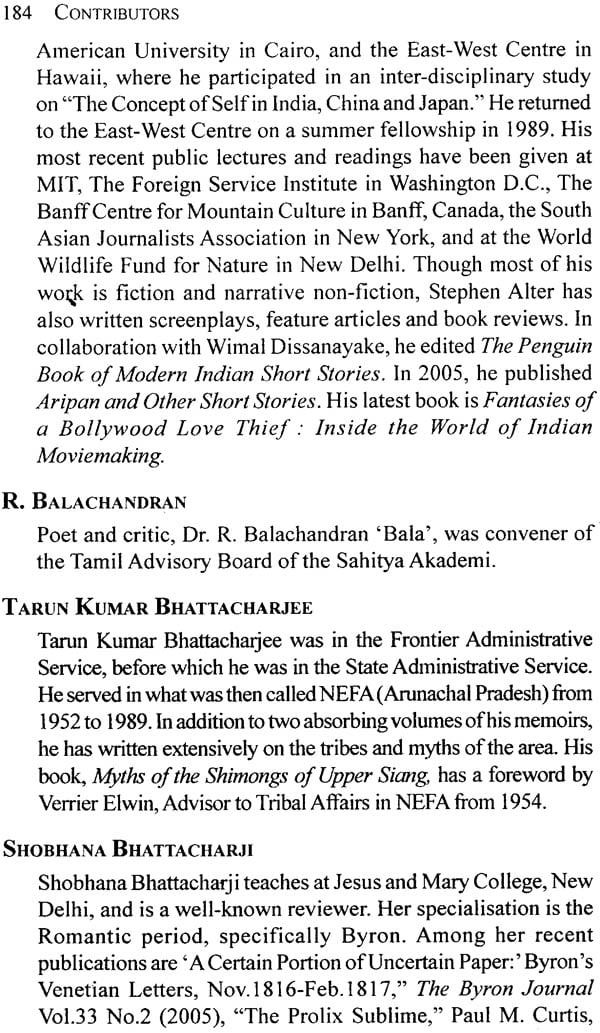 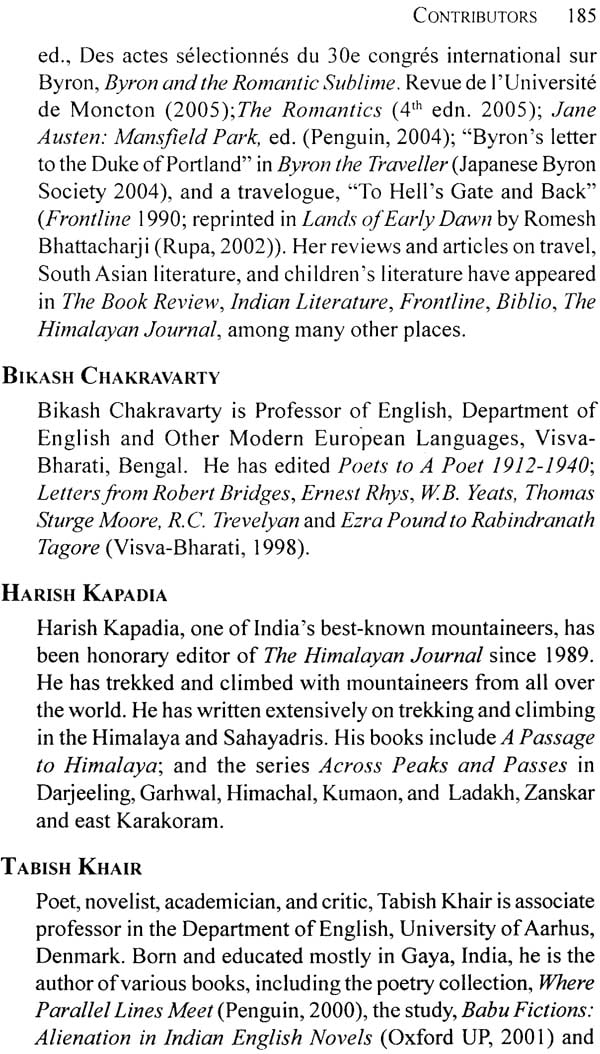 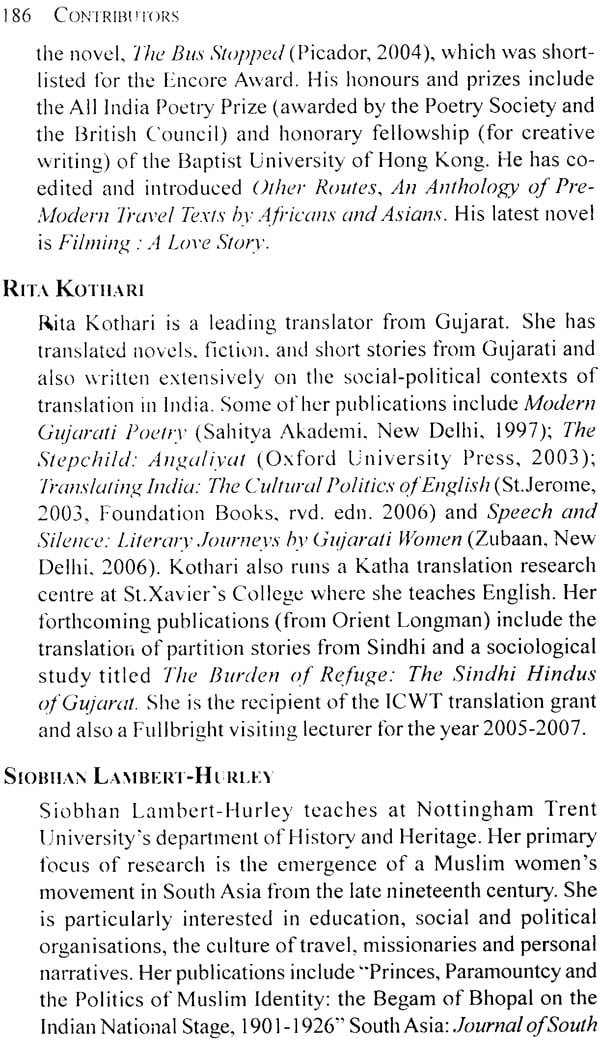 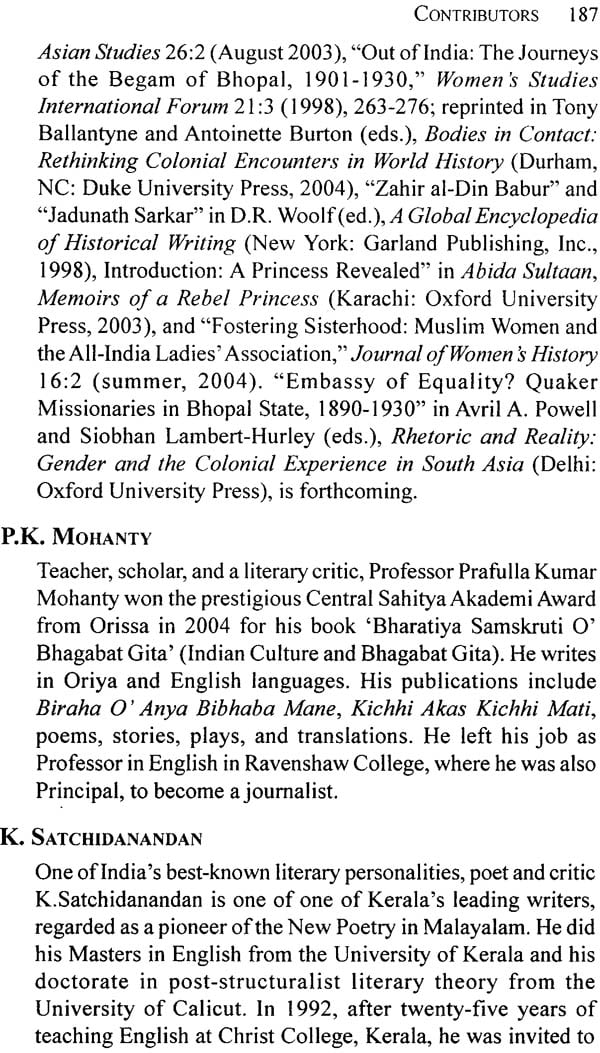 An Intensive Course in Kashmiri (An Old and Rare Book)
By Omkar N. Koul
$49
FREE Delivery
Book FAQs
Add a review
Have A Question