There are many Nighntus, ancient and recent, of Ayurveda in different formats and orientations. As the dictum Says that Vaidya - the Practitioner of Ayurveda without a nighntu will be a laughing stock. Study of Nighntus is of prime importance to Vaidyas. Hence, effort has been made to present this small Nighntu in English for wider acceptability.

Lolimbaraja was an erudite scholar of Sanskrit and Ayurveda. His work Sadvaidya jivanam was famous after his name as Lolimbarajiyam. All his works are small and accepted widely. Similarly, the present work Vaidyavatamsa too, is a mini dictionary (Nighntu) as he himself said. He said in the introductory stanzas that, only the known and famous material is being presented leaving others.

It is observed, that most of the item used in cuisine are dealt in the book. While translating this work into English, it was thought, ancient cuisine can be added, to add taste, to the ones already flavoured. Accordingly, cuisine from the book Ksema Kutuhalam of Ksema Sarma, and syrups from Paniya kalpavalli (a book in Telugu which presented preparation of 47 syrups of different fruits and herbs) was added. Hope this will satisfy the palate of the readers.

Incidentally, it may be relavent to mention two old works on ancient cuisine, apart from famous works of Nala & Bhima, with a fervent hope that they would be reprinted with English and Hindi translations to bring them back to light. 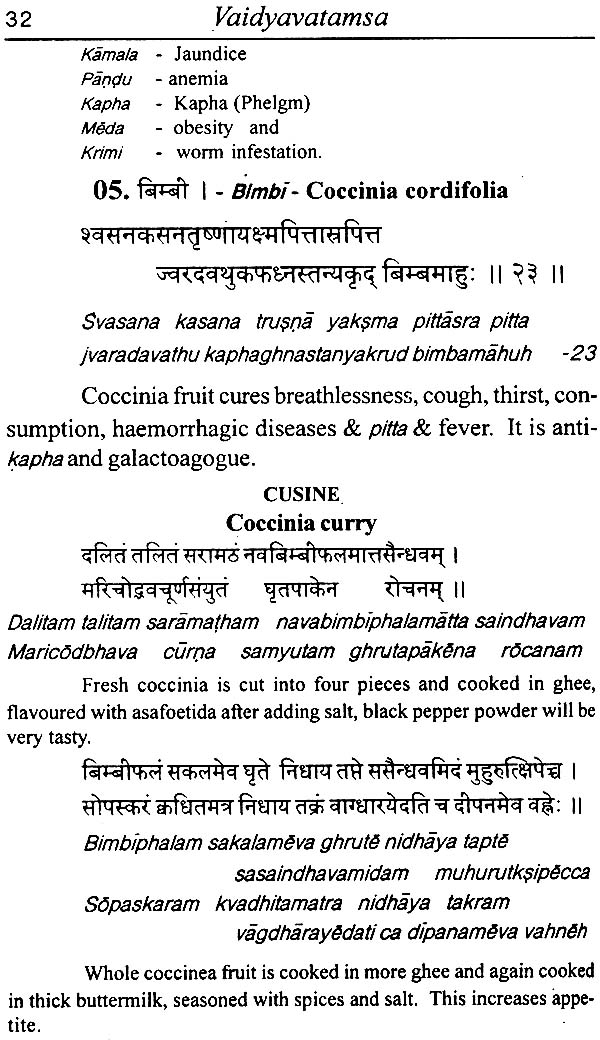 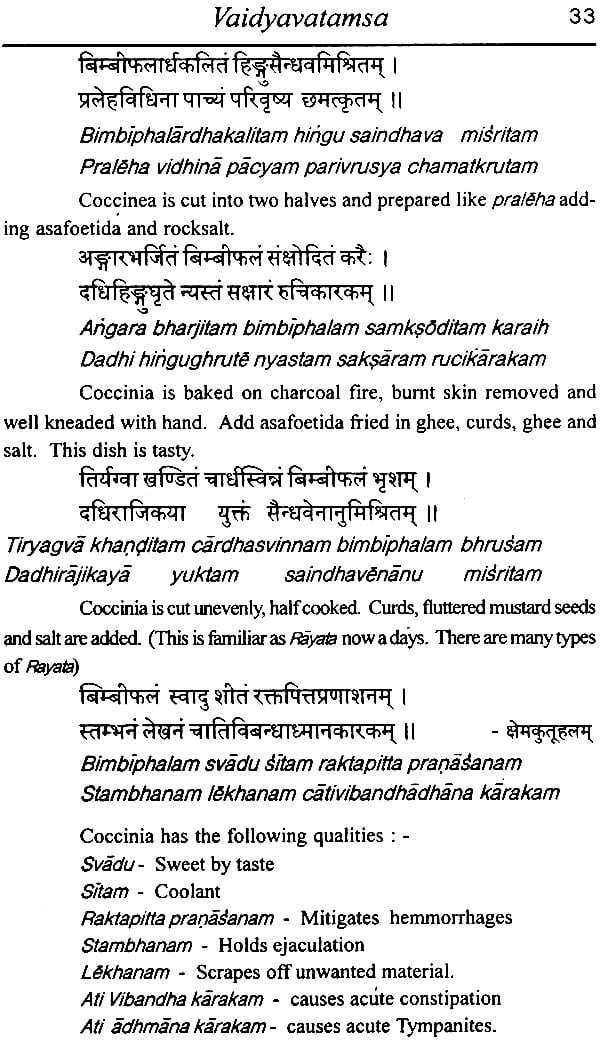 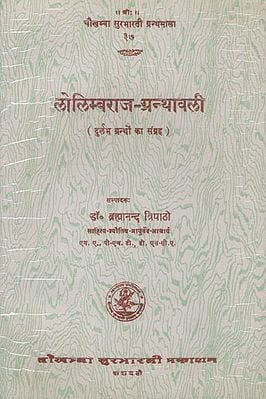