The Vedic Age completes the first set of three monographs in the People's History of India series. It deals with the period c.1500 to c.700 BC, during which it sets the Rigveda and the subsequent Vedic corpus. It explores aspects of geography, migrations, technology, economy, society, religion and philosophy. It draws on these texts to reconstruct the life of the ordinary people, with special attention paid to class as well as gender. In a separate chapter, the major regional cultures as revealed by archaeological evidence are carefully described. Much space is devoted to the coming of iron, for the dawn of the Iron Age - though not the Iron Age itself - lay within the period this volume studies. There are special notes on Historical Geography, the caste system (whose beginnings lay in this period) and the question of Epic Archaeology. A special feature of this monograph is the inclusion of seven substantive extracts from sources, which should give the reader a taste of what these texts are like.

As in the first two monographs, the authors seek to present updated information with clarity of exposition and reasoned analysis. Both the general reader and the student should, therefore, find much here that is interesting and thought-provoking.

Irfan Habib, Professor Emeritus of History at the Aligarh Muslim University, is the author of The Agrarian System of Mughal India (1963, rev. edn, 1999), An Atlas of the Mughal Empire (1982), Essays in Indian History: Towards a Marxist Perception (1995), Medieval India: The Study of a Civilization (2007), and co-author (with Faiz Habib) of Atlas of Ancient Indian History (2012). He has co-edited The Cambridge Economic History of India,Val (1982), and UNESCO'S History of Humanity,Vols. IV and V and History of Central Asia, Vol. V. He is the General Editor of the People's History of India series, and has authored six of its volumes and co-authored two (including the present one).

Vijay Kumar Thakur, Professor of History, Patna University, was the author of Urbanisation in Ancient India (1981), Historiography of Indian Feudalism (1989) and Social Dimensions of Technology: Iron in Early India (1993). He also edited Towns in Pre-Modern India (1994) and (with A. Aounshuman) Peasants in Indian History (1995). Professor Thakur passed away in 2006 after bravely facing a long illness.

With this monograph, we complete the announced first set of three, devoted to the early past of India, under the People's History of India series. In the first two chapters we take the reader to the world revealed to us by the Rigveda and the later Vedic corpus, while in the third an attempt is made to present the archaeological profile of the subcontinent during the same period (1500-700 BC).

We have tried to maintain uniformity with the style and level of information and argument in the two previous monographs. The `Extracts from Texts' are an innovation: we are now dealing with writ-ten sources (although at the time in question they were orally transmit-ted), and we hope the extracts will let the reader have a sense of what the texts are like.

A minor change had to be made in the policy towards references. While we have not encumbered our text with footnotes, we have followed the practice of Indologists in giving short references to the numbers of chapters and clauses in the texts (however these divisions and sub-divisions may be designated in the texts themselves), wherever we felt the reader might like to have the assurance of authority in more specific terms.

The need for accurate transliteration had also to be satisfied, now that we deal so much with texts. We have adopted the standard system of transliteration for Sanskrit, with the following modifications: the 'c' of that system is represented by us as 'ch' (since we feel that it would be odd for an ordinary reader to read 'cat' when the intended word is `chat'!); 'ch' is replaced by `chh'; is read as `ri' (as commonly pronounced), 'S' is represented by `sh', and 's' by `sh'. We felt that with these slight modifications a reader will be more at ease (in not being confronted with `ICtsna', for example, but with the hopefully more manageable `Kri§hria'). To avoid an appearance of undue pedantry, we have not tried to distinguish the 're standing for 'T' from ordinary 're though for purposes of comparison of Vedic words with Avestan (where the syllable corresponding to 'r' seems to be 'al.') such an indication would have been desirable.

The themes of the special notes have been chosen with the monograph's main subject in view. With the Rigveda's River Hymn, documentation for Indian historical geography begins; so there is a note on Historical Geography. Anticipations of the caste system being found in the Vedic corpus, we offer a note on the defining features of the system as we can now see it after its long period of development. The third note deals with issues involved in the so-called 'Epic Archaeology', which has been promoted officially for quite some time now.

As editor of the series, the first co-author of this book would like to make some special acknowledgements. A grant from the Madhya Pradesh Text Book Corporation, Bhopal, enabled the Aligarh Historians Society (AHS) to undertake this project. Mr Faiz Habib (in collaboration with Mr Zahoor Ali Khan) has drawn the maps, and Mr Ghulam Mujtaba took photographs for figures in the book. The most arduous work has been the share of Mr Muneeruddin Khan, who has patiently processed the text, diacritical marks included. Mr Arshad Ali has kept our records and accounts, and Mr Idris Beg has done the constant running about. Thanks are due for much help of different kinds to Dr Ramesh Rawat, Dr Farhat Hasan and Mr Ishrat Alam.

Professor Shireen Moosvi, Secretary, AHS, has looked after the entire organizational work and prepared the bulk of the Index at short notice. Dr Rajendra Prasad and Ms Indira Chandrasekhar of Tulika have borne cheerfully with our delays and last-minute hitches. 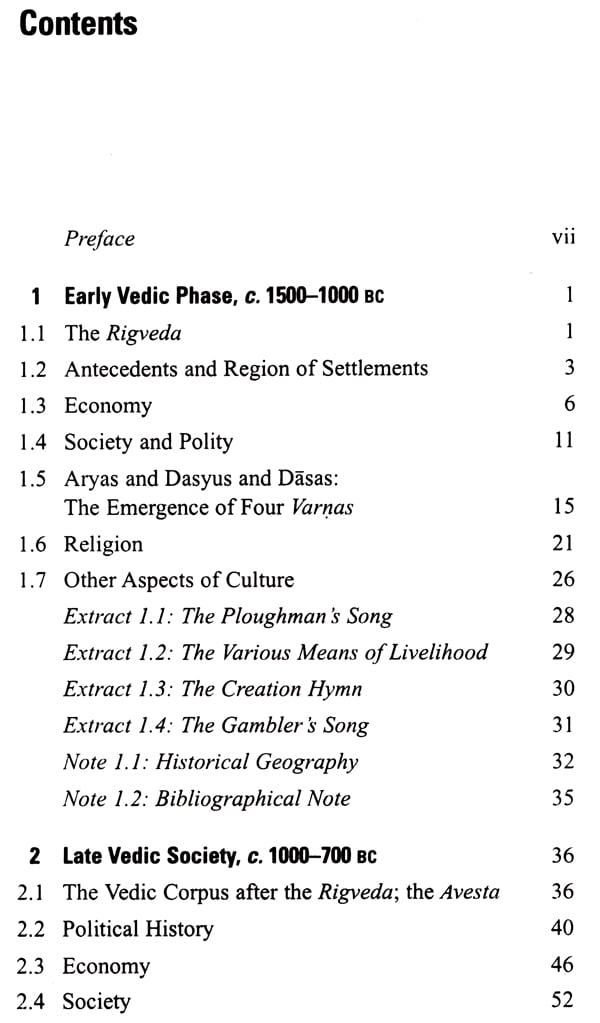 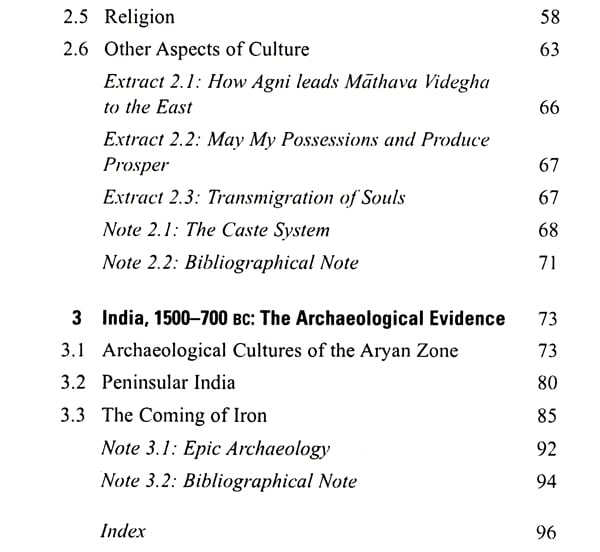 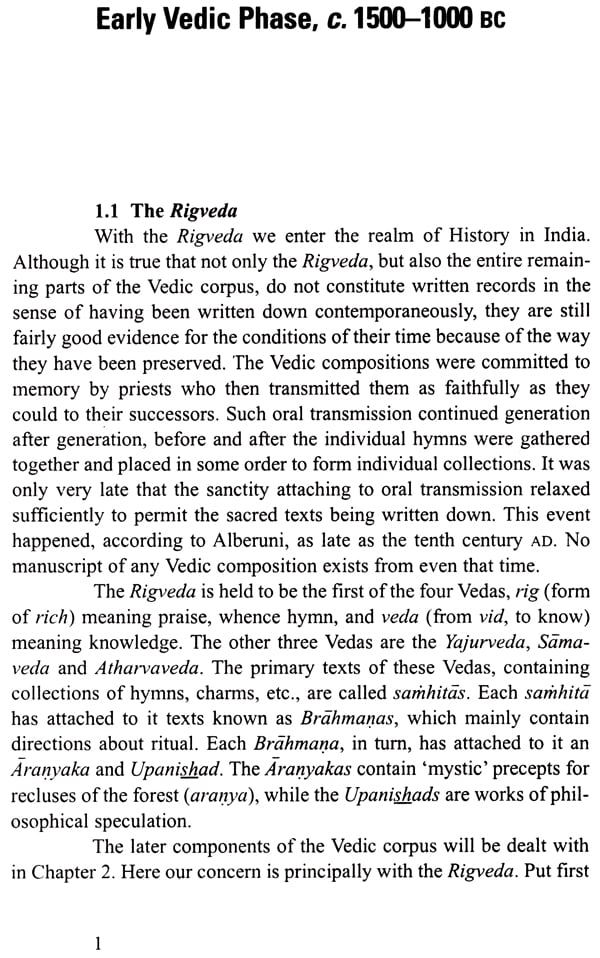 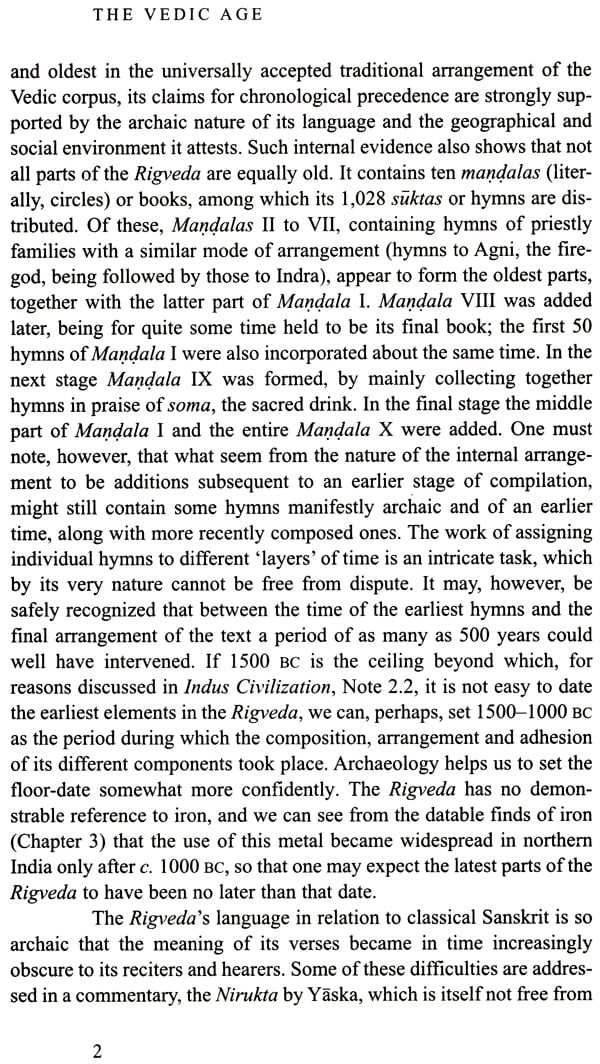 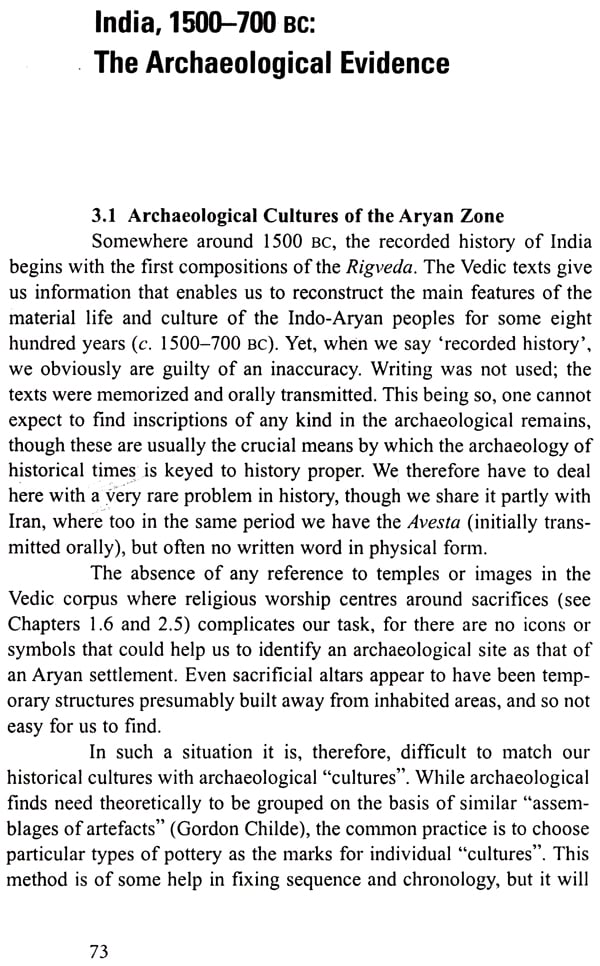 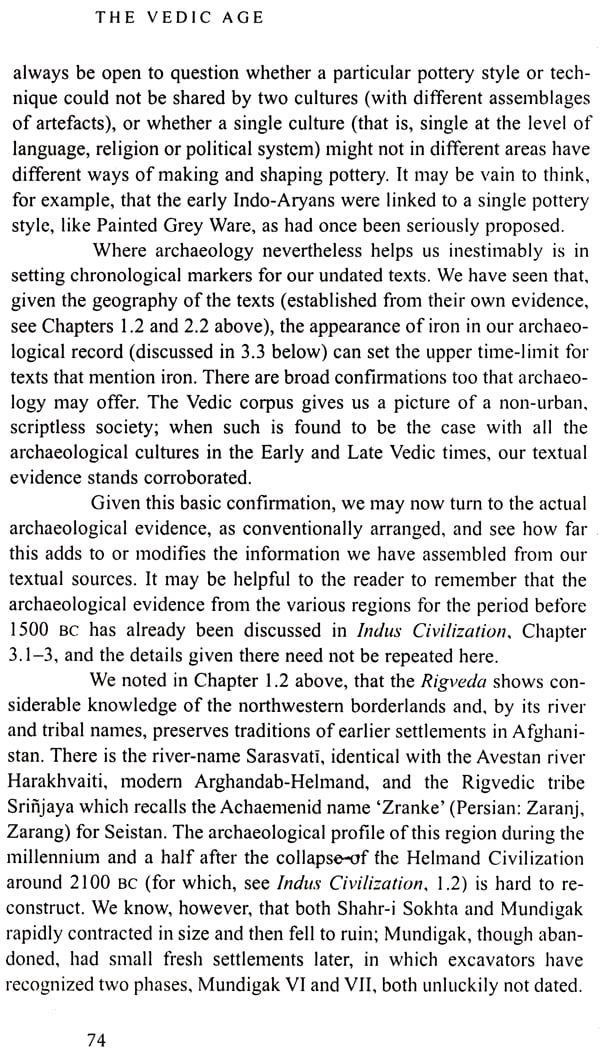 The Vedic Age: The History and Culture of the Indian People (Volume I)
By R.C. Majumdar
$49
FREE Delivery India in the Vedic Age : A History of Aryan Expansion in India
By P. L. Bhargava
$43
FREE Delivery History of The Punjab (From Pre-Historic Times to The Age of Asoka)
By L. M. Joshi
$31
FREE Delivery The Age of Imperial Kanauj: The History and Culture of the Indian People (Volum IV)
By R.C. Majumdar
$57
FREE Delivery The Classical Age: The History and Culture of the Indian People Volume III
By R.C. Majumdar
$62
FREE Delivery The First Spring : The Golden Age of India
By Abraham Early
$40
Out of Stock