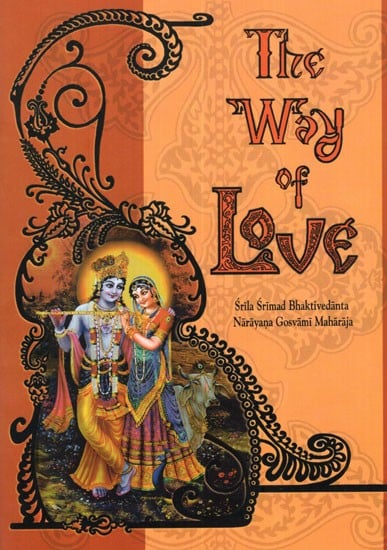 The main portion of this booklet is a transcription of Srila Nārāyana Mahārāja's discourse at the renowned Custard Factory in Birmingham, England. There, his audience included the city's Lord Mayor and representitives of the world's leading religions.

The main portion of this booklet is a transcription of Srila Nārāyana Mahārāja's discourse at the renowned Custard Factory in Birmingham, England. There, his audience included the city's Lord Mayor and representitives of the world's leading religions.

Śrila Mahārāja is a resident of Mathurā-Vịndāvana, India. For the last sixty years he has been teaching bhaktiyoga, the natural activity of the immortal soul. Although now in his eighties, he has been traveling around the world twice yearly since 1996. He teaches all those who are fortunate to attend his programs and festivals how to practice the yoga of love. A compassionate seeker of the spiritual welfare of all, he teaches his audiences:

"To make your life successful, happy and peaceful, try to give all of your love and affection to God, Krsna. Show that! love to all living beings, and try to engage your entire being in helping them. One who comes to others with love has nothing to take but everything to give. We want to be completely selfless in our dealings. We have the example of the tree that offers its bark, roots, fruits, leaves, wood and shade to others with no expectation of remuneration."

About the Cover: Lord Kysna, the Supreme Personality of Godhead, with His complete spiritual potency, the embodiment of love and affection, Sri Rādhā.

Out of his intense compassion, Srila Nārāyana Gosvāmī Mahārāja appeared in this world in 1921 in Bihar, India, in a village named Tewaripur.

An erudite scholar of the classic books of transcendental wisdom called the Vedas, Śrīla Nārāyana Mahārāja has translated and published over thirty volumes in Hindi with his own commentaries. His works have been translated into English and other languages, and are providing hundreds of thousands of people with new life and spiritual inspiration,

Srila Nārāyana Mahārāja is recognized throughout the world by conscientious secular and religious leaders for his contribution to the advancement of love of God and universal brotherhood.

On 29 December 2010, he concluded his pastimes in this world, leaving us bereft of his physical presence. His teachings however are eternal and will continue to shine like a radiant beacon to guide us all on the path of pure devotion.

The Vedas were compiled thousands of years ago by selfrealized saints whose hearts were melting with affection for the suffering souls in this world. Such saints are blessed with pure understanding of the Supreme Truth and the ultimate purpose of life. The Way of Love is a transcription of a discourse given by such a self-realized personality, the revered Śrīla Bhaktivedānta Nārāyaṇa Gosvāmī Mahārāja, whose life is unconditionally dedicated to the ultimate happiness of others.

“The basic principle of the living condition is that we have a general propensity to love someone. No one can live without loving someone else. This propensity is present in every living being. Even an animal like a tiger has this loving propensity at least in a dormant stage, and it is certainly present in the human beings. The missing point, however, is where to repose our love so that everyone can become happy. At the present moment the human society teaches one to love his country or family or his personal self, but there is no information about where to repose the loving propensity so that everyone can become happy.

“In the primary stage a child loves his parents, then his brothers and sisters, and as he daily grows up he begins to love his family, society, community, country, nation or even the whole human society. But the loving propensity is not satisfied even by loving all human society. That loving propensity remains imperfectly fulfilled until we know who is the supreme beloved. Our loving propensity expands just as a vibration of light or air expands, but we do not know where it ends.”

Śrīla Bhaktivedānta Svāmī Mahārāja continues to explain the problem we face – not knowing how to love. He explains the science of loving every living being perfectly by the process of loving the Supreme Being, known in the Vedas as Krsna:

“We have failed to create peace and harmony in human society, even by such great attempts as the United Nations, because we do not know the right method. The method is very simple. 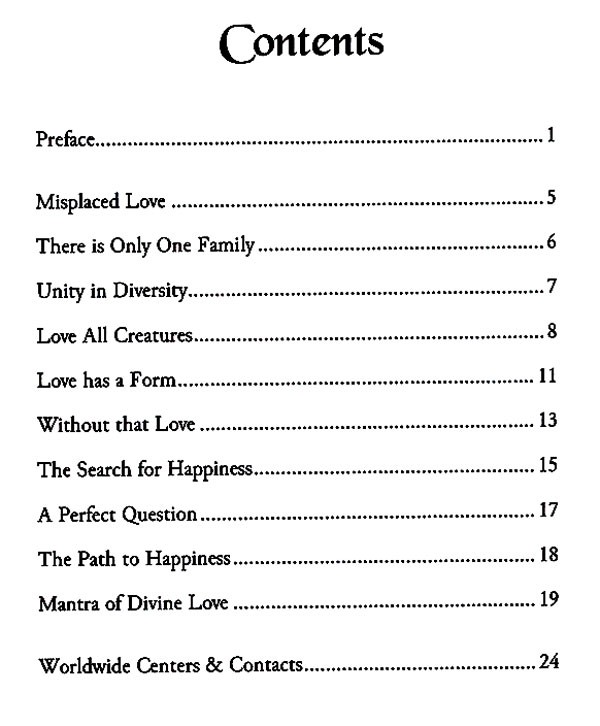 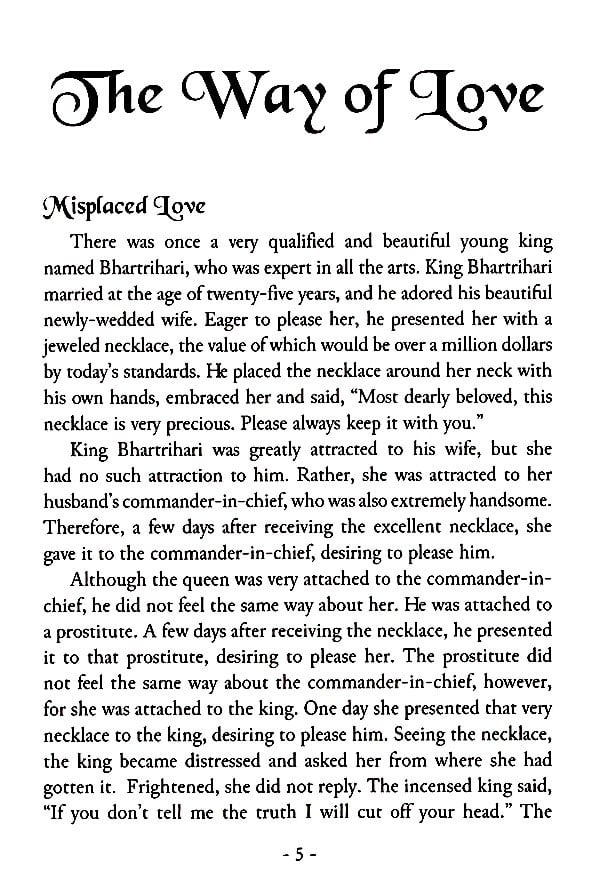 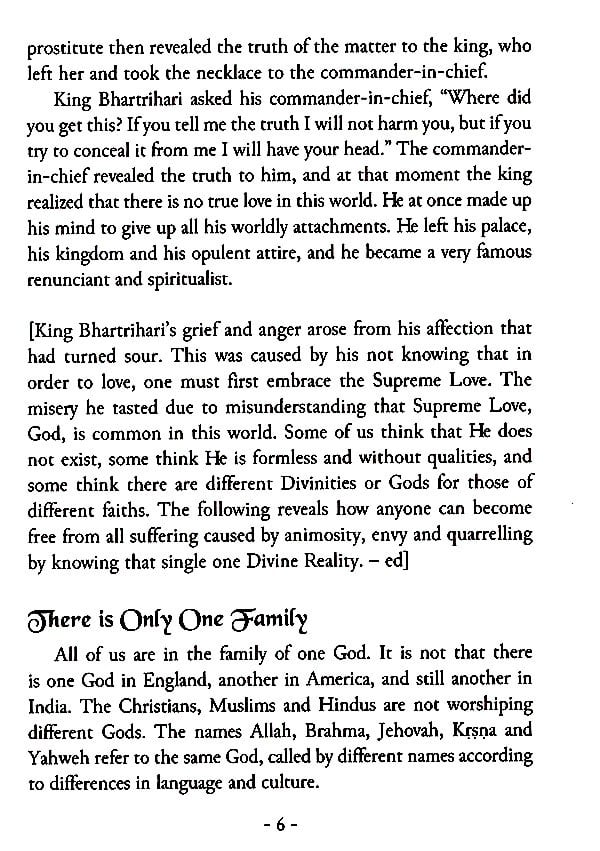 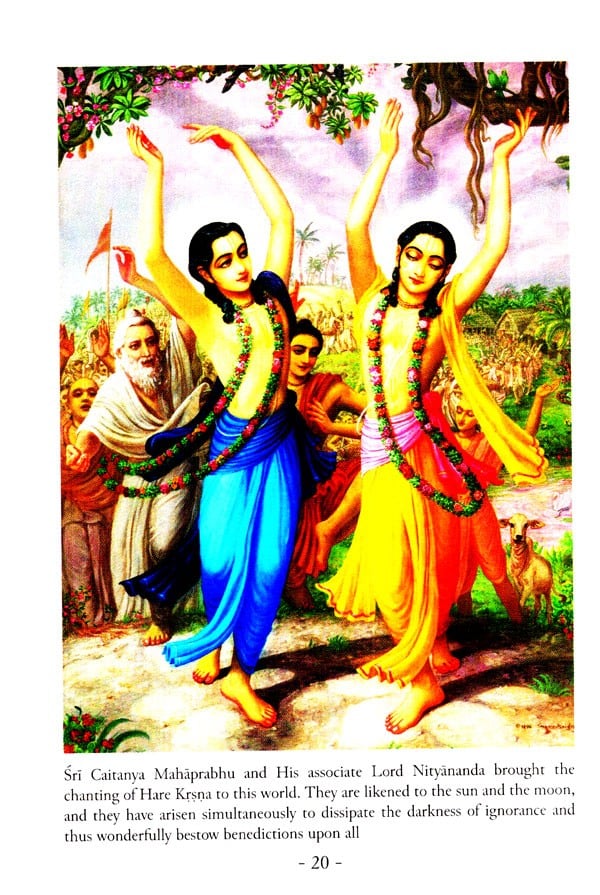 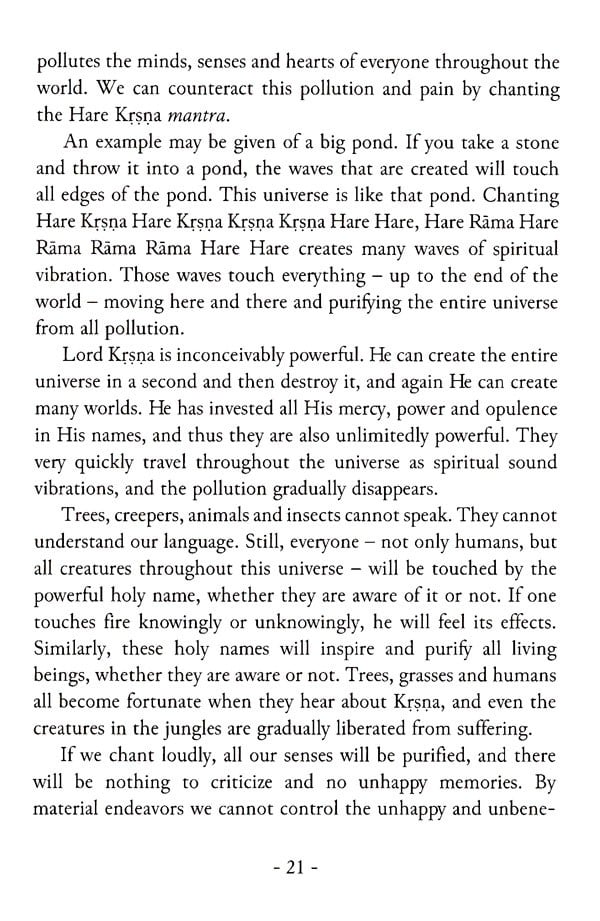 Book FAQs
Add a review
Have A Question