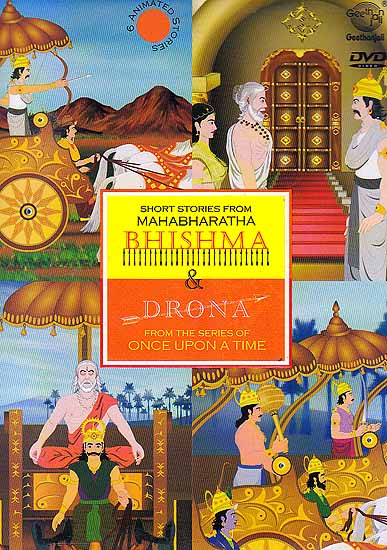 From the Series of Once upon a Time.

This is story of a comman man who rose to great heights to achieve fame success and glory and who is immortalized by his brave deeds and tremendous willpower. He rose above his circumstances set his mind out to achieve something and didn’t let anything hold him back. Being the teacher of the Pandavas and the Kauravas the training of these great Princes was in his able hands. He not only imparted his knowledge of archery to his students but also instilled in them values of valor and honour. Drona’s story is one that inspired and continues to inspire us all. It shows us just what we can achieve once we put our mind and heart to it.

Ignorance of Drona This story traces Drona’s humble beginnings to his elevated status as the guru of the Pandavas and Kauravas. Drona had vowed to take revenge against Drupada his childhood friend and he asked the Pandavas as Gurudakshina to wage war against him. This was the beginning of another epic and exciting war.

Drona and Abhimanyu This story unravels the cause behind the untimely death of Abhimanyu the beloved son of Arjuna during the great battle of the Mahabharata Drona’s legendary loyalty to Duryodhana is put to the test in this tale and he proves his allegiance even at cost of going against the rules of warfare that he holds in such high regard.

Drona’s Commitment This story unveils Duryodhana’s plan to capture Yudhistra and how Drona Unwittingly gets caught up in this plan. As Drona’s is undefeatable Krishna has to resort to unfair means to defeat him and it is only his love for his son that leads to Drona’s unfortunate death.

Bhisma was the son of king Shantanu and the holy river Ganga. Besides well versed in the Vedas and sciences he was also a skilled archer and a greater warrior. Bhisma is immortalized in the Mahabharatha because of his steadfast determination and dedication to duty he remains to this day a worthy example for us all to follow.

Bhisma’s vow The Story behind why Devarata was renamed Bhisma is unraveled here. Bhisma’s great devotion to his father and the sacrifices he makes for the sake of his father’s happiness are also highlighted in this story.

Bhisma’s Courage This gripping narrative follows the life of Bhisma after his father’s demise. True to his word he takes neither the throne nor a wife for himself and is even forced to battle with his guru to uphold this promise.

Bhisma’s Willpower This exciting tale recounts Bhisma’s brave role in the battle of the Mahabharatha. Ultimately Bhisma down and accepts his fate and makes use of the Ichhaa Mirtyu (The Power to die whenever he wanted) boon to pass away peacefully. 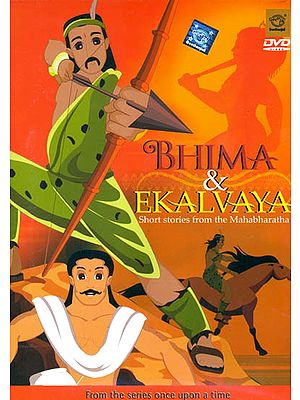 Bhima & Ekalvaya: Short Stories of The Mahabharatha (From The Series Once Upon A Time) (DVD)
$22
FREE Delivery