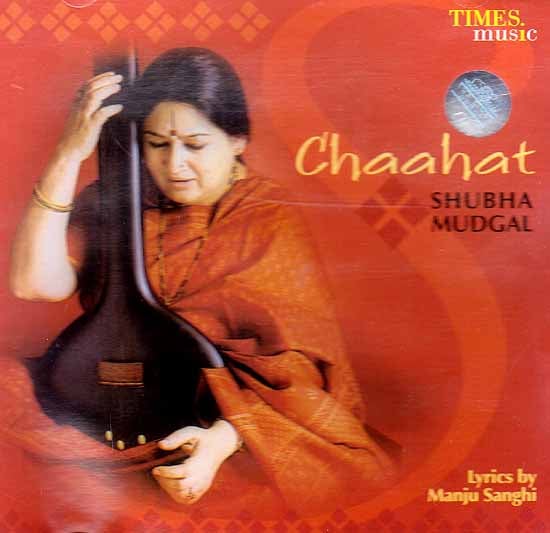 Born into a musically dedicated family Shubha Mudgal has been trained by some of the finest musicians and musicologists in India. Trained by Pandit Ram Ashreya Jha in Allahabad from whom she still receives instruction Shubha Later moved to Delhi where she received the guidance of Pandit Vinaya Chandra Maudgalya and Pandit Vasant Thakar. She went on the learn Stylistic techniques from well known maestros Pandit Jitendra Abhisheki and Pandit Kumar Gandharva. She also received training in thumri form Smt. Naina Devi and is thus one of the most versatile and popular performers of the new generation of Hindustani Musicians.

In addition to being a performer Shubha has also won recognition as a composer. Her repertoire of medieval mystic and Sufi poetry includes rarely heard texts from the Vaishnava Pushtimarg poets as well as the Nirguna poetry of Kabir Namdev Amir Khusrau Nath-Panthi poets and other Sufiana Poetry.

She is a recipient of numerous awards including Padma Shri from the Government of India in year 2000. An A grade artist of all Indian Radio and doordarshan (India’s national television network) Shubha has performed extensively in several music festivals in and outside India.

Born in 1943 in Uttar Pradesh into a wealthy textile family of lala Ram Ratan Gupta and brought up by her maternal grand father the industrialist and poet Sir Shankar Lal (in whose memory the shankar Lal Music Festival is held in Delhi Each year). Manju Sanghi certainly had the advantage of exposure to the best poets litterateurs maestros and musicians of India for whom Sir Shankar Lal’s Palatial home was a perpetual refuge and oasis.

Her grandmother a deeply religious woman on the other hand opened the windows to the world of Kabir Surdas and Tulsidas to Manju. It is this heady and enchanting mix of Ghalib Omar Khayyam Faiz, Kabir, Meera and countless other great writers that have contributed to the deeply philosophical yet enchantingly simple style that is Manju’s trademark.

The other key differentiator in Manju’s work is the usage of dual meanings in the simplest of renditions. The age old bidai (farewell) of the bride in a doli is used by her to depict the final journey of the soul from the body. In some of her works she speaks of love alternating between human affection and love for the almighty.

The style of music to which her words have been rendered is also a mix of traditional dholki, Hindustani classical and contemporary Ghazal styles so as to provide something for everyone. The music in this album is rendered by none other than Shubha Mudgal whose voice does full justice to the depth of the words.