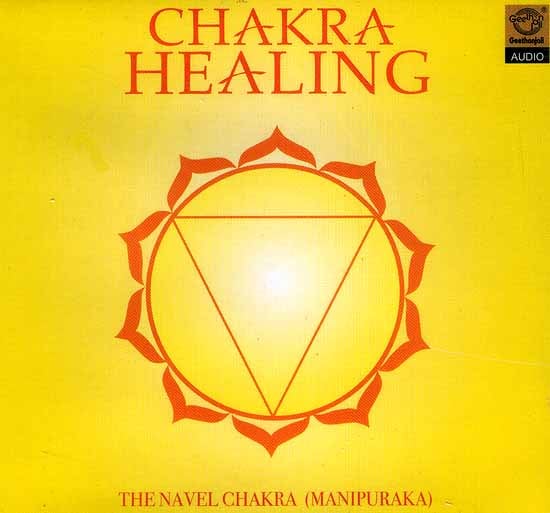 The great sages of India were practical visionarie who envisaged the spiritual destiny of man based on their own inner experiences. They considered the body as the temple of god and made it the basis for man’s greater voyage into subtler worlds. Such was their discovery of the serpent power, the Kundalini that lies coiled at the base of the spine, the ‘nadis’, channels of the subtle body that carry the vital energy, and the ‘chakras’ psychic energy centres in the sushumna nadi (the most important channel that extends from the base of the spine to the crown of the head). The health and correct balance of the chakras gives a fruitful life and expands the consciousness to the divine level...The Manipuraka, which is the third chakra in the ascending order, is the centre that gives energy, optimism and transforming power to the individual. As its name indicates, the Manipuraka chakra glows like a lustrous gem, which is not surprising sine it is the centre of the element fire. When the chakra is purified, it frees the person from the burning desire for worldly pleasures. All the negative energies and impurities of the ego are burnt up at the altar of this fiery centre. Raaga Malkauns is associated with Manipuraka and bestows all the positive vibrations of the chakra on the listener. In this remarkable album of soothing music based on the chakra’s raga, the strains of the sitar, flute, tabla and shehnai mingle seamlessly in the music of Ganesh Muthu, a disciple of Ustad Ahmad Hussain Khan of the Achpal gharana. You have a magical web of caressing melody here.