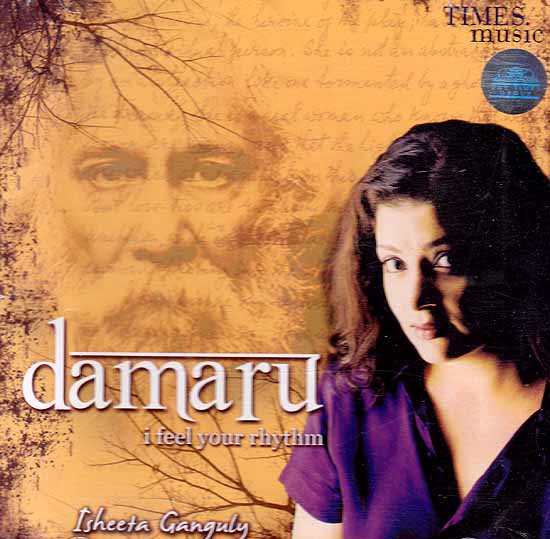 $17.00
Notify me when this item is available
Save to Wishlist Send as E-card Share by Email
About the CD

The thought for this album was born ten years ago during a chance collaboration with the battery dance company in New York City. Weaving Rabindrasangeet (songs of Nobel Laureate Rabindranath Tagore) my source of song with ballet and western dance techniques gave Tagore’s music are color for me and in many ways allowed me to reclaim it as my own for the first time. Thus began my journey of bringing together Tagore’s baoul and Bhatiyali based melodies with gospel and jazz standards that I grew up with that conveyed similar themes of unity separation universalism and love. Soon my own lyrics emerged which stylistically brought together the threads of pop r&b and Jazz from my college years with the raga and folk based Tagore melodies I had learnt. I labeled this new genre of music in my mind as Tagore folk pop and Tagore lounge. During the time that I was flirting with this new language of Tagore’s music. I came across some wonderful composers who were keen to give further shape to some of these experiments. Amongst them was Grammy award winning percussionist Tammoy Bose, who composed the arrangements for Damaru along with Sourav Roy (based on Tagore’s Baje re Baje damaru baje) The damaru an hour glass shaped two sided hand drum has a constant and meditative sound while it also symbolizes the eternal heartbeat of the universe for me this notion of finding a central life force and rhythm through which all other forms emerge resonates with story of creating this music.

Among the other composers, Phil Levy, an elektronitka composer from New York city took an interest in the Tagore favorite Jodi tor daak shune for it strong melody and theme of empowerment which we reshaped rhythmically and wrote English lyrics of (late one night over starbuckes in his upper west side studio) and then emerged walk alone Shantanu Moitra of Bollywood acclaim had a heightened sensibility for Bengali folk and bhatiyali music and developed his signature compositions of Aona and Sanjhari de bata with Swanand Kirkire writing the lyrics and on vocals while these two songs did not have an intentional Tagore link to me they lyrically resonated with Esho esho amar ghaure esho and more shonday tumi shundauro beshe eshecho.

While developing this language of music I was reminded from time to time that as a pioneer of India’s globalization in his active engagement and dialogue with the west Tagore had always had said he wanted to be most remembered for his song. It was time for his music to now truly travel and cross new boundaries…

My audiences in New York City have taken me to new places with his music. They have shown me that Tagore’s melodies and lyrics presented in new avatar have a strong anchor with the global audience. For myself these songs have created a sense of resolve and belonging after long travels on the pendulum of identity. The flux between worlds from my earliest sensibilities has translated into these rhythms and melodies. The result is a mosaic of experience places and people that tell the story of Damaru.