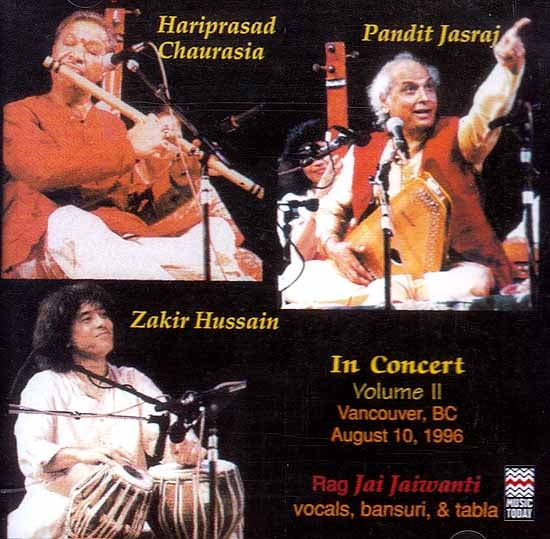 $22.50
Quantity
Notify me when this item is available
About the CD

Sangeet Martand Pandit Jasraj is the Contemporary doyen of North Indian Classical vocals. His status as a living legend has been confirmed by the many awards and scholarships given in his name. Endowed with a rich soulful and sonorous voice which traverses effortlessly over all three and a half octaves. Panditji’s vocalizing is characterized as an intense spiritual expression. This gives his music a very sublime emotional quality touching the soul of the listener. This sensitivity together with a pure classical approach together with a pure classical approach has given his singing a lyrical quality which is the quintessence of the Mewati Style of Singing.

Pandit Jasraj School of music was established in 1994 by Pandit for the purpose of education and promotion of Indian classical Music. Pandit Jasraj teaches and performs there every summer and his senior students continue the classed throughout the year.

Pandit Hariprasad is known internationally as the greatest living master of the North Indian Bamboo Flute. His mastery of the art and his contribution to the field have been acknowledged by the numerous awards and titles he has received. Pt. Chaurasia is a rare combination of innovator and traditionalist. He has significantly expanded the expressive possibilities of North Indian classical flute through his masterful blowing technique. Hariprasad Chaurasia is one of the busiest North Indian classical musicians regularly traveling and performing throughout the world.

Zakir Hussain is today appreciated both in the field of percussion and int eh music world at large as an international phenomenon. A classical Tbale Virtuosos of the highest order his consistently brilliant and exciting performances have not only established him as a national treasure in his own country. India but has gained him fame all over the world for his many accomplishments. His playing is marked by uncanny intuition and masterful improvisational dexterity.