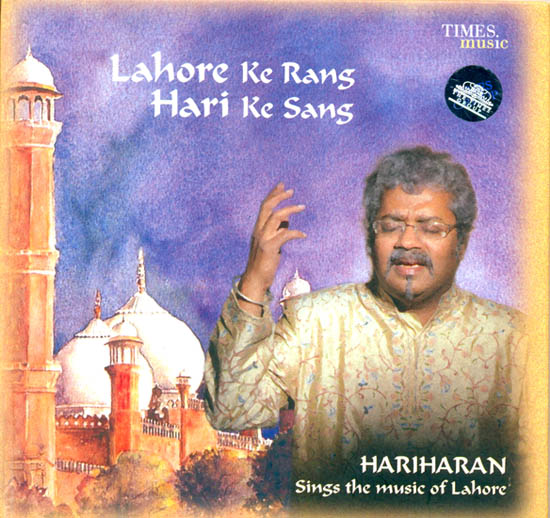 Mumbai-born Hariharan is one of the pioneers of Indian fusion music. The son of Carnatic vocalists, Alamelu and the 'late H A S Mani, Hariharan's musical talent was inherited. His first guru was his mother.

He later developed a passion for ghazals and started training in Hindustani music under Ustad Ghulam Mustafa Khan. In 1977, Hariharan won the all-India Sur Singaar competition and was signed on by the late music director Jaidev to sing for the Hindi film 'Gaman'. His ghazal in that film, 'Ajeeb saaneha mujh par guzar' won him, an Uttar Pradesh state award. In his early years, Hariharan sang for TV serials. He also released several successful ghazal albums, for which he penned the lyrics himself. One of them was 'Gulfam', which hit double platinum in sales and fetched him the Diva Award for Best Album of the Year in 1994. Hariharan entered Tamil filmdom in 1993 with the patriotic song 'Thamizha thamizha' in Mani Ratnam's Film 'Roja'. He was judged Best Male Playback Singer in the Tamil Nadu State Government Film Awards for 1995 for his soulful rendition of 'Uyire uyire' in the film 'Bombay'. Subsequently, Hariharan's voice has graced recent TamiI fiIms. The year 1996, during which he released the fusion album 'Colonial Cousins' with Mumbai-based composer/singer Leslie Lewis, was a career milestone. This was the first Indian act to be featured on MTV Unplugged. It won a string of awards, including the MTV Indian Viewers' Choice Award. The songs in this album bring out Hariharan's versatility and ease in handling Carnatic music as well as ghazals. An admirer of Mehdi Hasan, Kishore Kumar, Mohd Rafi and S P Balasubramaniam, Hariharan has nevertheless developed a distinctive style of his own.

Lahore is one of the great cultural centres of the Indo-Pak subcontinent. In the land of the Five Rivers (the Punjab), Lahore has long given us music that is traditional and deeply rooted in our classical heritage but which is also at the cutting edge of innovation, melody and sheer brilliance. Hariharan is one the finest singers of his generation. He is regarded by the great musicians of Lahore as their soulmate. Bringing Hariharan to Lahore enabled us to produce and convey the musical diversity of this beautiful city in his unmistakable, heart-rending voice. This album has taken us a year and a half to bring to you. We had to select from scores of compositions from our finest composers. The arrangements of the songs, we feel, stand apart from the current domination of electronic music. The 'acoustic' orchestra, the treatment of individual instruments and the magical vigour of Ballu Khan's tabla have all added to the beauty of this album.