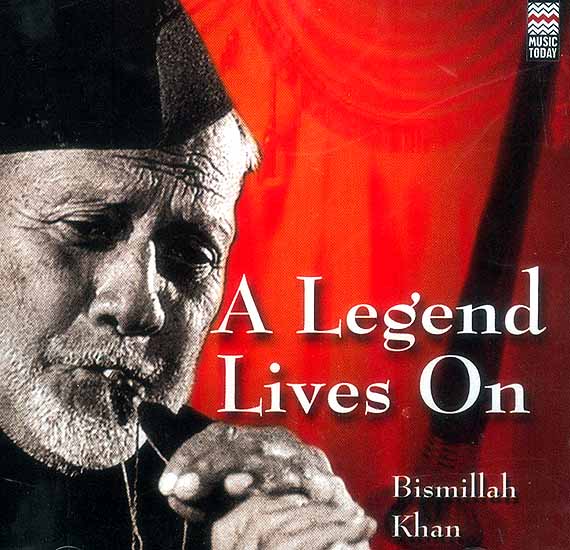 The incomparable Shehnai maestro Bismillah Khan is one of the greatest legends of Indian classical music. The legend has left an indelible mark on the musical heritage of India; his is a legacy unsurpassed. Till today, and forever, his music reverberates through the cultural fabric of India.

With his artistic virtuosity Bismillah Khan brought the instrument out of the confines of wedding music and elevated it to the global stage as a concert instrument.

Ustad Bismillah Khan was born on 21 March 1916 in a family whose ancestors were court musicians of the princely state of Dumrao in Bihar. He was given training by his uncle Ali Bux, a well-known Shehnai Player at the Vishwanath temple in Varanasi. An extremely promising shishya (student) of the Shehnai, the young Bismillah mastered a variety of forms of classical music such as the thumri, chaiti and kajri. Later, he also incorporated the khayal gayaki in his instrument and style of playing.

Bismillah Khan brought rare vibrancy and resplendence to Indian classical music. He further enriched the heritage of Indian music. The legend was honoured with numerous awards and honours, which include the national awards Padma Shri, Padma Bhushan, Padna Vibhushan and more recently the Bharat Ratna- the highest civilian honour of the country.

His honorary doctorate from the Benares Hindu University and Shantiniketan bespeaks of his fame. He was also bequeathed with the coveted Sangeet Natak Academy Award and the Tansen Award by the Madhya Pradesh government.

This special album is a tribute to the legend, the maestro, and the Ustad, who has left behind a legacy. His music lives on!