Loins of Punjab (Set of 2 DVDs) 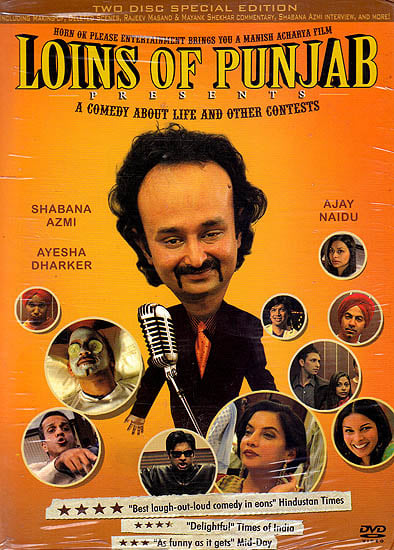 A comedy about life and other contests

As funny as it gets Mid Day

For Seventy two Hours, Armed with a Song

Seven Strangers are going to war

One of the funniest movies of the year

A comedy with a difference

One of the funniest movie I’ve seen this year

Barrel of fun Don’t miss it

Over three days in a small new Jersey town, five Indian Americans and one Jewish indophile participate in a Bollywood style singing contest sponsored by a pork millionaire.