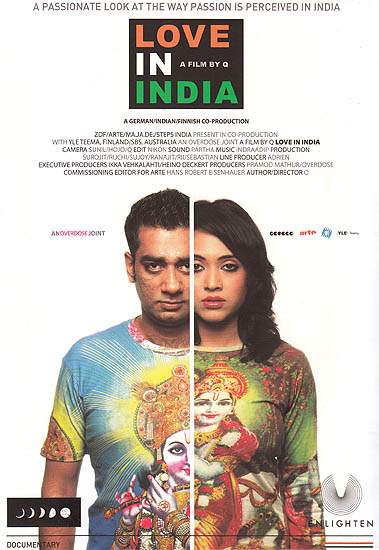 Kaushik Mukherjee otherwise known as Q. Thirty five worked in advertising for 12 years in India, Maldives and Sri Lanka, Directed winning various awards along the way. Then inspired by the independent films of Europe and Japan retired voluntarily and shifted trade and city. Back in Kolkata Q Started a progressive art house overdose, a production design and music company he now produces writes shoots and directs films.

Love in India is a passionate look at the way passion is perceived in India. It’s a personal film designed with fragments of the romance between the filmmaker and his girlfriend. But soon the film spills onto the chaos of India. New and old Love and Sex.

A Volatile story of confusion, dichotomy and revelation. A story of repressed moral values in a country with a timeless tradition of spiritual sexuality. The search for the root of romance and the eternal orgasm.