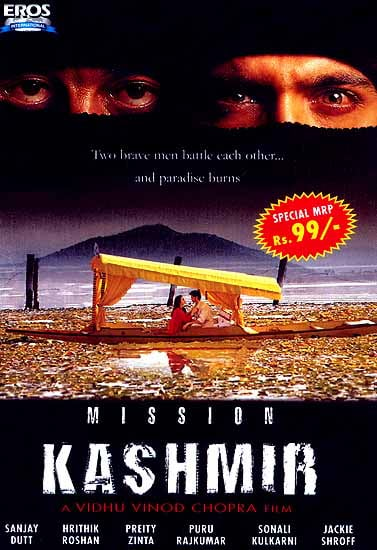 $20.50FREE Delivery
Ships in 1-3 days
Notify me when this item is available
About the CD

Inayat Khan is a police officer, responsible for the security of Kashmir. One day, his son Irfaan meets with an accident and because of a fatwa (proclamation) of the leader of a terrorist group, no hospital treats the child and he dies. In order to wise out the group of terrorists, Khan ends up killing an entire family along with them. Their young son Altaaf is the only one who survives and so, Inayat adopts him. Years later, when Altaaf finds out the truth he tries to kill Inayat and runs away. And is taken in by a fierce militant leader dedicated to achieving Kashmir’s independence. After ten years of training, Altaaf sets out on a destructive mission.

Two brave men battle each other and paradise burns.