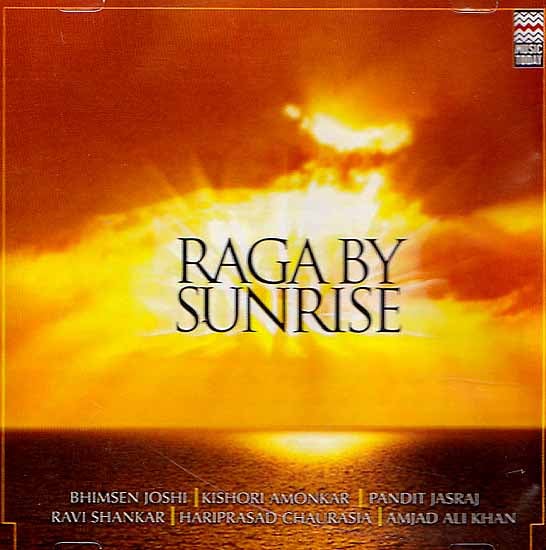 $28.00
Notify me when this item is available
Save to Wishlist Send as E-card Share by Email
About the Audio CD

The Hindustani Classical Music System is grouped in time cycles of 16 time phases, with 4 phases denoted to morning, afternoon, evening and night ragas. These ragas reflect the changing moods associated with each phase.

This album features ragas of the four phases of morning, right from the pre dawn dark hours to the late morning hours after sunrise.

The dark hour before dawn has always been associated with prayer and meditation. In a different context, this hour also witnesses the pain of parting from the beloved. Early morning ragas are therefore sombere and devotional for the most part, while some also carry a feeling of universal sorrow and longing.

The first raga of the morning is Lalit. The gravity and pathos of sandhi prakash ragas, or ragas of the time when darkness meets light, emanate from the use of the flattened komal rishabh and the komal dhaivat. The major morning ragas, such as Bhairav and Todi also exhibit this feature.

As the sun rises and begins to light up the sky, ragas derived from the Asavari group, for instance Jaunpuri, enter the field. In these, the flat rishabh is abandoned and gives place to its sharp counterpart. However, the dhaivat remains flat and continues to impart a quality of wistfulness to these ragas, which are generally more luminous and less inward.

The most important group of ragas assigned to late morning when the sky is fully lit up is the Bilawal family. These ragas use the major scale where all the notes are sharp. There is now a distinct change of mood, a feeling of coming out of oneself into a pleasing world. All Bilawals exude self-confidence, stability and tenderness.